Cult films take you to the heart of a culture.

French cult films show you the weirdest, strangest parts of the French language and the countries where it’s spoken.

You won’t get this from mainstream movies or French 101.

Especially when the grammar gets tough and you just want to give up, getting to the heart of a culture is just what is needed to really keep going.

It’ll keep things bizarre, fascinating, startling, surprising and unforgettable. You might just get addicted to French.

If you’ve been studying French for about two or three years, you know what I mean.

Taking time out of your studying to properly restore your passion via fascinating and fun French cult films is really just good housekeeping.

Why You Should Put the “Cult” in French Culture

Watching French cult films is one way to reinvigorate your language study. In fact, any jolt of French culture can help if it stirs your excitement, and French cult films are about as deep as you can go into the rabbit hole that is culture.

Given France’s storied love of cinema, there are plenty of cult films to choose from. These don’t come from France’s Hollywood equivalent, but rather from its dark corners.

“Voyage dans la lune” (A Trip to the Moon) 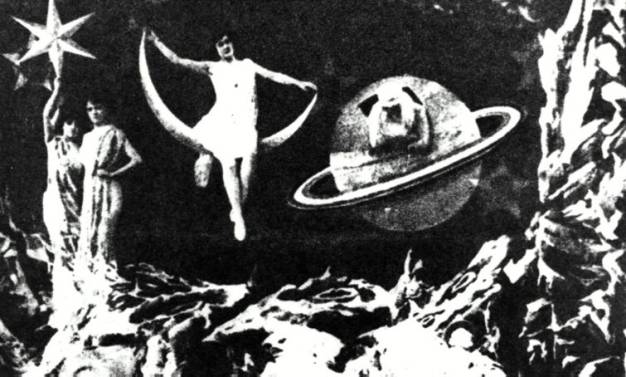 Not only is this one of the first films ever made, but it can safely be said that it’s unlike anything you’ve ever seen before. It’s weirder than the weirdest parts of “The Wizard of Oz” and yet it tells a very sweet science fiction story about a trip to the moon in a very beautiful way.

Sure, it’s not the greatest for studying the language, being a silent film and all, but it’s sure to pique your interest! And it’s a relatively short film, so consider this your warm-up.

The makers of this film inspired many Hollywood filmmakers of this period and introduced new techniques. Made by early innovator George Melies, this film proves how greatly France had a hand in creating the art of filmmaking itself and prove. Perhaps learning French will help you tap into the recesses of creativity in French culture. 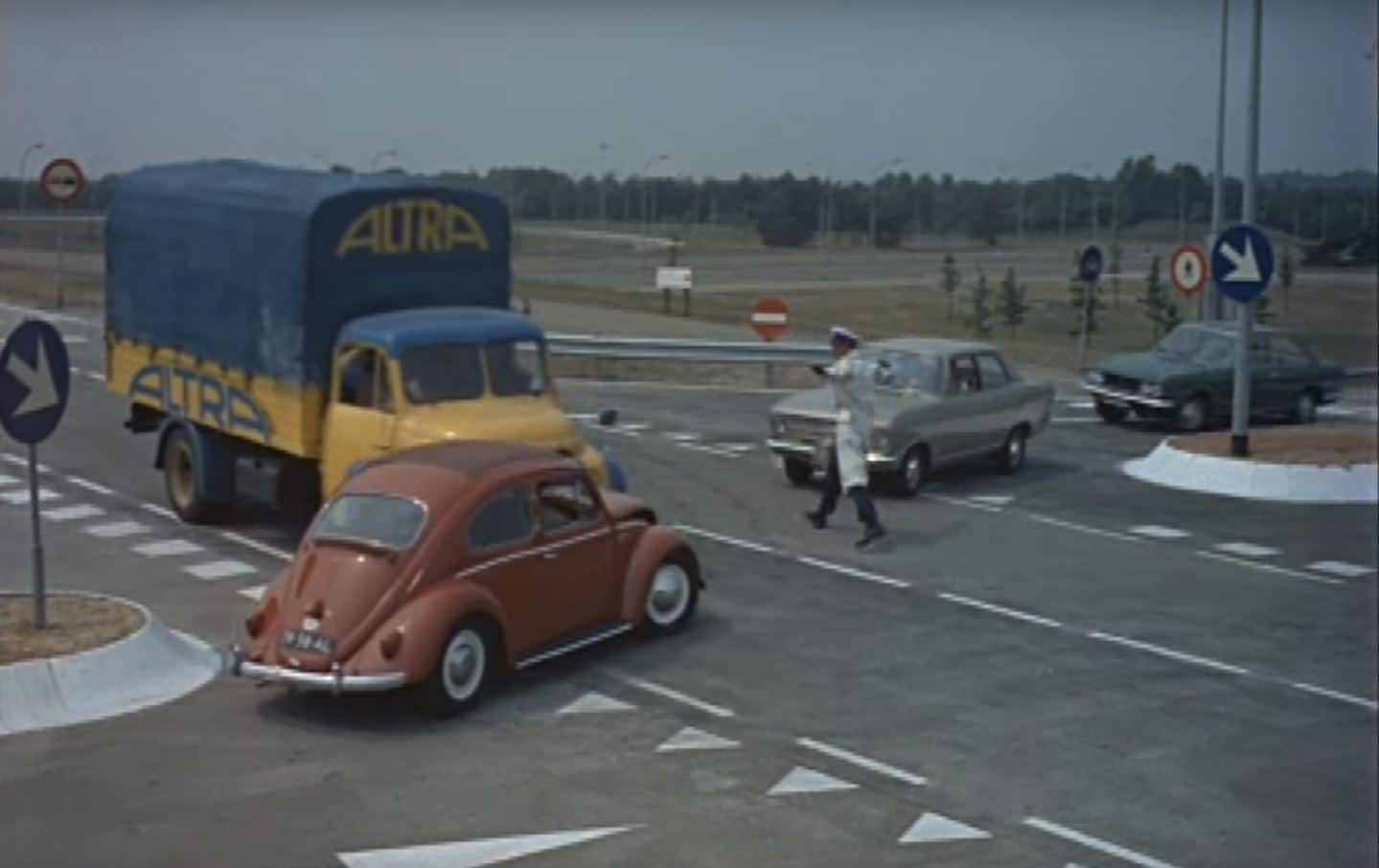 This hilarious, oddball, physical comedy about the many difficulties one silly man can have in the process of getting a car to an automobile festival is one of the best from the director Jacques Tati, who also plays the main character.

Known for his other films about the same goofball protagonist, “Monsieur Hulot,” Tati has a special brand of humor. To American viewers, the humor can feel at times over-the-top, and at times too subtle, but the more you watch, the more it becomes “just right.”

Getting a feel for the various types of humor in a culture as you study their language can definitely give you leg up when you meet the natives. 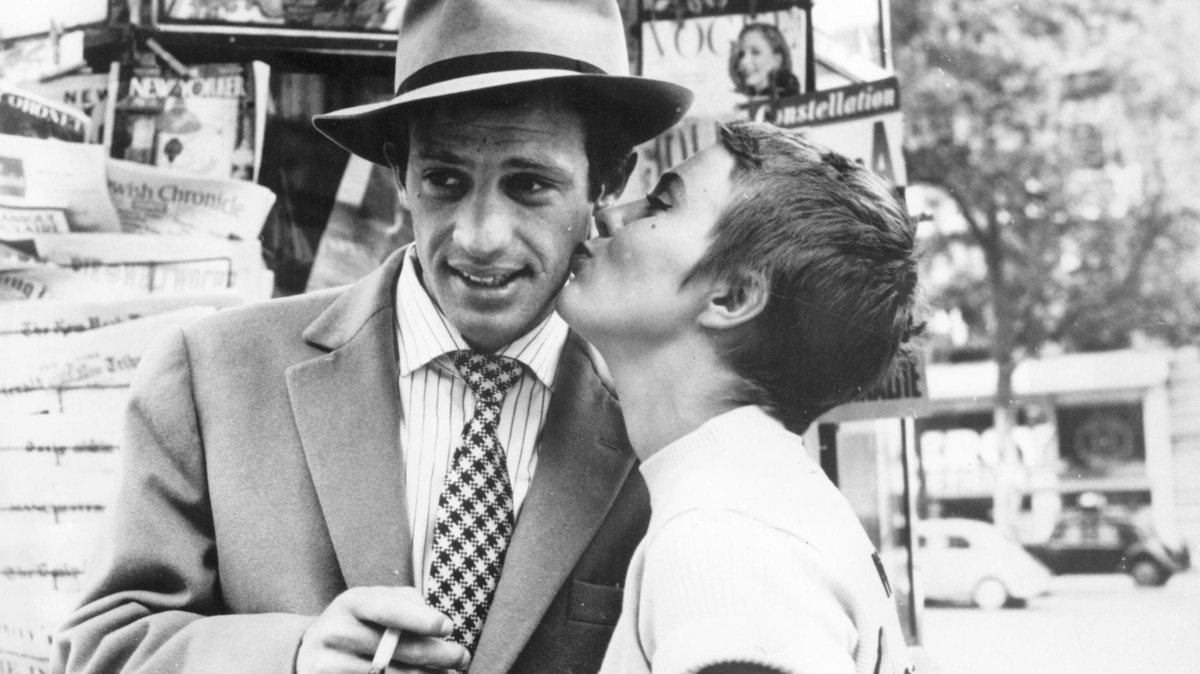 This film tells the story of a French gangster and car thief and an American woman who can’t decide if she loves him.

This film is fascinating to watch as it breaks every rule of filmmaking. Surprisingly the rule-breaking seems to serve the story in a refreshing way, and the plot remains dynamically intact despite the jump-cuts and breaking of the “fourth wall.”

The director, Jean-Luc Godard, is a total icon of French cinema, having been a leader of the French New Wave movement in the 60s that introduced new life to filmmaking worldwide with its unique techniques. Gorgeous shots of Paris will woo you into studying just that little bit harder so you can justify a trip. 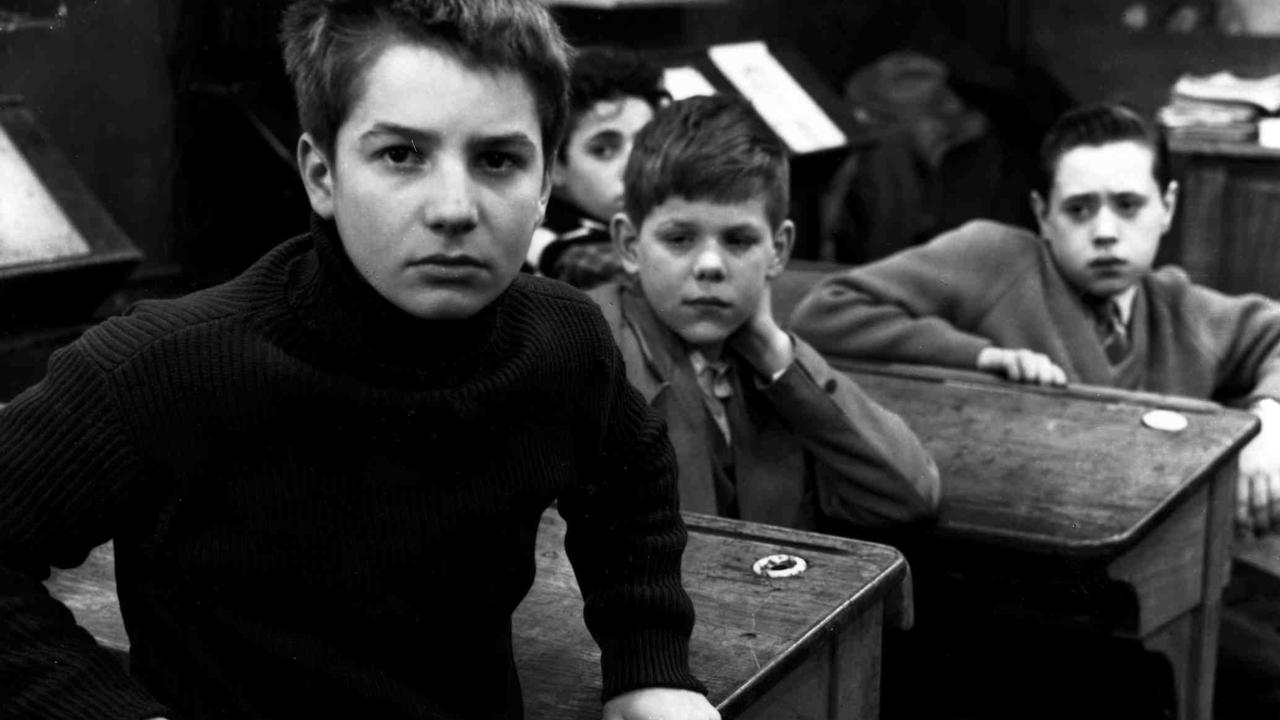 Find it on: Criterion Collection

The story of a young boy who specializes in cutting school and pulling pranks, this film will widen your background knowledge of French history, as it’s set during a very specific moment in history, a time before the cultural rebellions of the 60s took place.

If you’re a film buff, the director Francois Truffaut will delight you with the famous freeze frame ending, and regardless it’s a highly relatable film for anyone who’s ever grown up anywhere in any country. That said, it might just soothe the growing pains you’re feeling as you try to learn to spell some of the same tough French words as little Antoine struggles with. 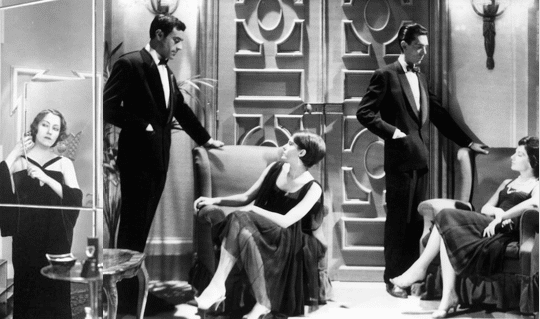 With its bizarre “plot” and ethereal strangeness, this unique film will fascinate and intrigue. Two strangers meet at a chateau and wonder whether or not they’ve met before at a resort. By another famous New Wave director, Alain Resnais, the filmmaking is beautiful to experience, and the plot is perfectly crafted such that it will raise plenty of questions.

While you might feel inspired to learn more French out of a desire to understand this one better, this one remains an enigma to most. 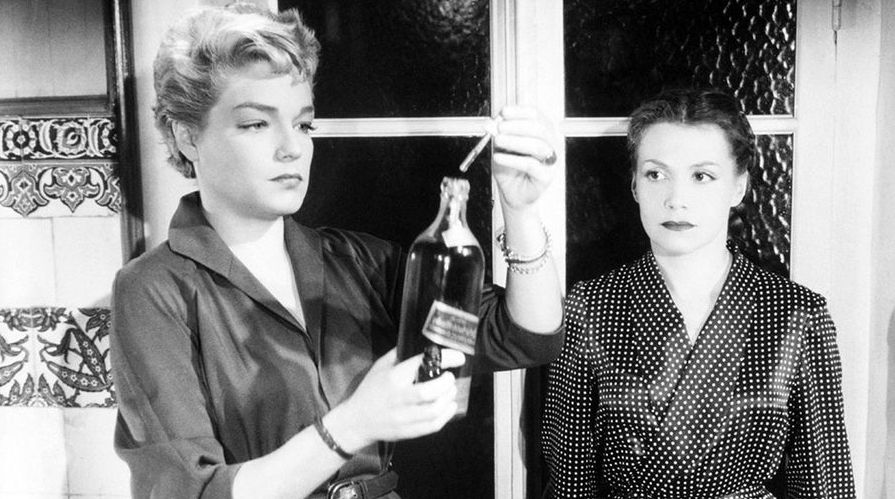 Find it on: Criterion Collection

Here’s a thriller focused on a woman who consents to murder her husband with her husband’s mistress. An inspiration for Alfred Hitchcock’s “Psycho,” this one is eerie enough (complete with ghostly children at a French boarding school) but still more of a thriller than a horror, with a truly fascinating plot.

France loved Albert Hitchcock in his day, along with all the other American Noir and gangster films of the 40s and 50s, and getting to know this darker side of American-inspired French cinema is a big part of getting closer to French culture. 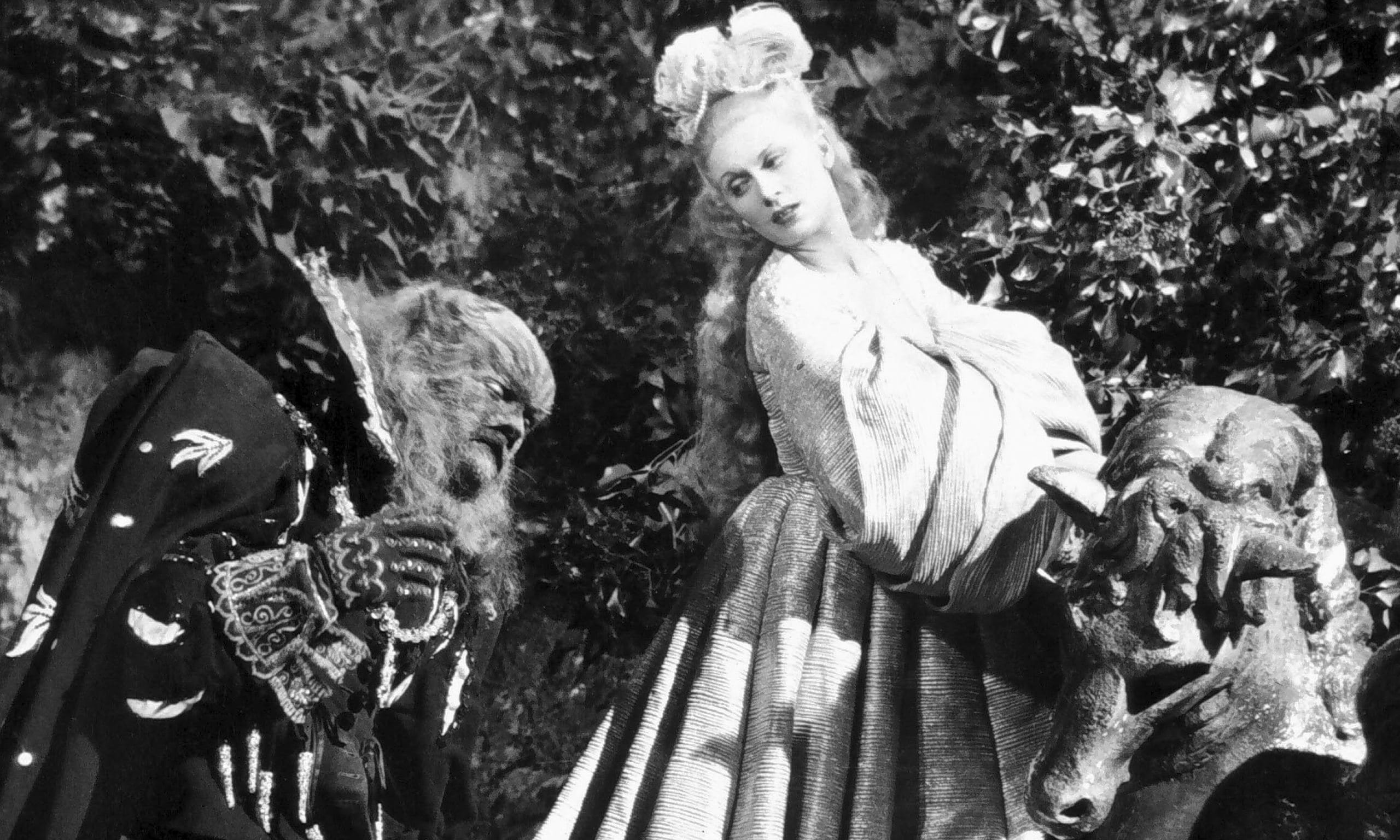 Jean Cocteau is a master of melding the strange and the beautiful, and casting this talent upon a story such as the “Beauty and the Beast” was a very, very good idea. While it tells the fairy tale largely in the way you’ve heard if before, it does it with a fascinating display of old-school special effects which were largely invented by the director.

As a typical French fairy tale, this is a wonderful way to see further into the roots of this culture. 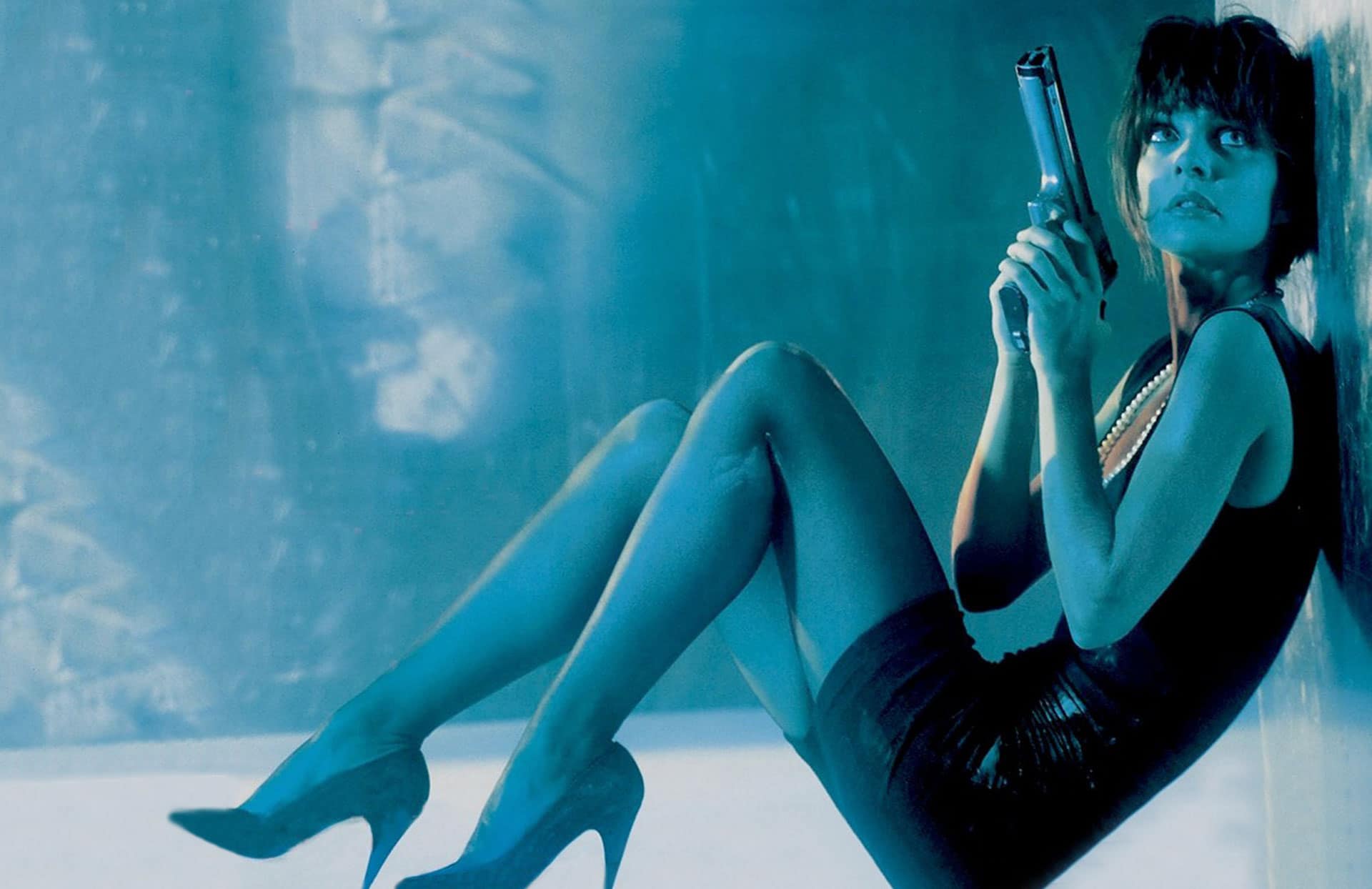 Here’s the gritty, darker side of French cinema, but with a fascinating plot involving a druggie punk who goes to jail, whose death is then faked by the government, and who is ultimately recruited to help them fight crime.

Not to mention a certain amount of sexual tension between our protagonist and the guy who recruits her (yay). She’s a very intriguing protagonist and will definitely give you a sense of France in the 80s and 90s and show you how French filmmaking has stayed relevant.

If you’ve felt your passion for French waning, getting closer to French culture through watching some mysterious cult films could be just what you need.

Think about it. You’re not just skimming the surface in your French language study anymore, so go deep with your cultural explorations too.

These films should get you revved up for language study because they give you the fun part that validates the long study hours.

Plus, sometimes just hearing French spoken in a good film is enough to make a language learner jealous of the actors and ready to start practicing again.