Besides incredible, authentic French music, did you know Spotify is also a goldmine for captivating French literature?

There are many French audiobooks on Spotify that are perfect for beginner to advanced readers.

In fact, because of Spotify’s search options and library features, it’s actually one of the easiest apps to find and save great French listening material.

We’ll show you how to make the most of Spotify for French audiobook listening, followed by our favorite French audiobook playlists and individual titles that you can start streaming right now.

For example, a search for “Victor Hugo Les Misérables” points you to several different readings of the book as well as literature-focused French podcasts (not to mention songs from the famous musical).

No matter where you get your audiobooks, the hands-free French learning is invaluable. Audiobooks let you listen and learn as you fold laundry, drive to work or do your workout. Most of us are on autopilot while we’re doing chores anyway. Rather than idly daydreaming, why not take advantage of the time when your hands are busy but your brain is bored to learn French?

Plus, it’s edutainment with cliffhangers. The dramatic twists and turns of the stories in these audiobooks will keep you engaged and entertained. When you’re entertained, you’re relaxed—and you can better assimilate new words and knowledge.

French Audiobooks on Spotify: Where to Find the Best Titles for Any French Level

Now that we’ve looked at the advantages to enjoying French literature through Spotify, let’s serve up the best French audiobooks on Spotify for any type of listener.

We’ll start by pointing you to some French audiobook playlists that are already sitting in Spotify, ready for you to explore.

Then we’ll show you some specific titles that are perfect for beginner, intermediate and advanced learners, respectively.

Playlists are collections of tracks and/or albums. Other users’ playlists can be added to your library in the same way as tracks or albums.

Here are a few user-created French audiobook playlists to enjoy!

This playlist is bursting with children’s classics such as “Le petit prince” (“The Little Prince”), “Babar” and “Cendrillon” (“Cinderella”).

Looking for the literary landmarks? This playlist has many of them, including “L’Étranger” (“The Stranger”), “Les Misérables,” “Le Comte de Monte-Cristo” (“The Count of Monte Cristo”) and “Le Père Goriot” (“Father Goriot”).

Here’s where to get your fill on fairy tales, fantasies and mysteries. You’ll find Sherlock Holmes stories, two stories by Guy de Maupassant, works by Jules Verne and more.

Spotify has an official “French Literature” playlist. However, it’s a collection of French literature translated into English. Make this work for you by using it in conjunction with parallel French-language recordings.

If you’re hesitant to plunge into an intimidating tome like “Les Misérables,” try listening to some of the English version first—then listen to the same selection in the French-language recording. (Or vice-versa, if you want to try French first.)

2. Build Your Own Playlist: French Audiobooks on Spotify for All Learning Levels

If you’re not a complete beginner in French but still struggle with longer or more complex tales, children’s stories are a great place to begin. The plots are generally straightforward, the storylines are drawn in broad strokes and there are few subplots or minor characters to keep straight as you listen.

With uncomplicated plots and slightly challenging vocabulary, these stories are like a stepping-stone from more basic French to intermediate.

Plus, many of these children’s stories are famous fairy tales, translated and loved throughout the world. This makes them easy to understand, since you’re likely familiar with the characters and events from your own childhood.

In fact, most of these tales are so well-known that even if you don’t recognize all of the French words, you can probably fill in the blanks and follow along.

As for the contemporary children’s stories in our list, they’re written in simple, modern language. Even though they’re original adventures and not renowned classics, they’re designed for easy understanding.

Best of all, these audiobooks often include music. The songs use rhyme and repetition to reinforce vocabulary in the listener’s memory.

Anny Duperey is a familiar face in French movies, TV and theater. She’s been acting since the late 1960s and has even appeared in some English-language productions.

Sound effects, snippets of background music, jaunty songs and character performances by other French actors round out these recordings.

Francis Perrin is an acclaimed French director, screenwriter and actor who joined the Comédie-Française troupe in 1972. He tells the tale of “Le chat botté” (“Puss in Boots”) and “Cendrillon” (“Cinderella”).

Comedian and actor Daniel Prévost is recognized most often for his role in the fake news show “Le petit rapporteur” (“The Little Reporter”).

In this French audiobook Spotify album, Prévost’s contribution is “Peau d’âne” (“Donkeyskin”), a saga featuring a gold-producing burro—and a love story worthy of a daytime talkshow.

Marie is a ladybug (or “ladybird” in British English) who loves her own dots so much that she wants to share them with the world. After finding a paintbrush and paintbox hidden inside of a tree, she starts painting dots like hers on other animals… who are less than appreciative of her artistic efforts.

Each segment in this recording averages two minutes, so it’s easy to digest in bite-sized bits. The narration is read slowly, with careful enunciation. It’s perfect for beginners who wish to practice their auditory comprehension.

Sound effects and music set the scene for listeners, and the catchy songs add energy to the low-key performance.

This contemporary children’s book by Wolfgang Wilhelm can also be bought as a bilingual Kindle edition on Amazon.

This is another book in the Wolfgang Wilhelm series (in the official English title, the swallow’s name is Olivia), which has been translated into multiple languages. Marie, the ladybug from “L’histoire de la petite coccinelle…” has expanded her artistic repertoire from just dots to include stars and waves.

Having never seen a wave in person, Marie and her friend Max go on an adventure to the ocean. There, they meet up with Isabelle, a swallow whose plans for the winter don’t include the typical southbound trip.

This book is also a bilingual text on Amazon. You can follow along with the written version as you listen to the audio recording, making the connection between spoken and written French.

Mysteries and Adventures for Intermediate to Advanced Learners

The next two books on our list are for intermediate to advanced French learners. While the texts are more complicated than the elementary/intermediate selections, they feature familiar characters and storylines. Even if you’ve never read the original works, you’ll probably recognize elements of these novels almost as soon as you start listening.

That’s because these stories have been part of Western culture for over a century. They’ve been adapted for film, TV, radio and theater—even incorporated into other book series.

As we’ll show you below, a free e-book version is available for both of these works, so listeners can pair the spoken and written word together for a multisensory learning approach.

Unravel the mysteries of French language learning with the Arthur Conan Doyle work that launched the legend of Holmes and Watson. Each chapter runs between roughly 15 and 30 minutes.

A single narrator handles the descriptive text as well as all dialogue. Rather than the unhurried narration of the elementary/intermediate level selections, the pace of the narration is normal, conversational speed—if not a bit more rapid. 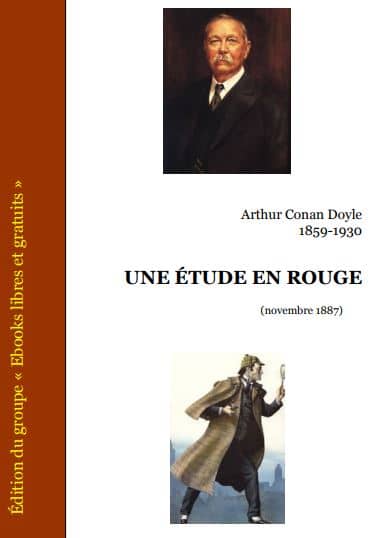 The story begins with the reminiscences of Monsieur Sherlock Holmes as he recalls his extensive travels during his time as an army surgeon. The dialogue is fairly straightforward. However, since this recording follows the original text (first published in 1887), some of the language may seem antiquated by today’s standards.

The narration uses the passé simple (simple past tense), which is rarely seen in everyday French but found in literary works.

The entire novel is available as a free PDF e-book, so you can follow along with the text as you listen.

Unlike the solo narration in the Spotify recording of “Une étude en rouge ,” Perrin’s performance is enhanced with the voice talents of many other actors. Starting with the sounds of the waves in Marseille’s harbor and the seagulls overhead, a rich auditory tapestry of background sounds makes the setting even more real.

“Le Comte de Monte-Cristo” is filled with vivid language, describing not only the dramatic events of the story but also the colorful world where the characters interact. The characters speak at a conversational pace, slackening it a bit for more dramatic moments in a manner reminiscent of a stage play. The overall performance is engaging, with lots of action and clear, easy-to-understand narration and dialogue.

You can use the audiobook adaptation on Spotify to familiarize yourself with the details of this famous story, then take on the challenge of reading the entire epic in e-book format. 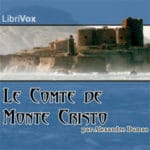 The unabridged e-book version of “Le Comte de Monte-Cristo” is available through Project Gutenberg. It’s divided into four tomes (volumes), which can be read online, on Kindle or on any mobile device that uses the EPUB format. You can download them with or without images, and even deposit them in Dropbox, Google Drive or OneDrive.

If you’d like to hear this French audiobook read in its entirety, you can find the unabridged audio version on Librivox.

Whether you’ve been reading in French for a while or you’re just getting started on your francophone literary adventure, the French audiobooks on Spotify are an incredible tool you won’t want to stop listening to.

Once you’re comfortable with audiobooks, you can also try out other authentic French content that can be presented in a similar multimedia format. For example, you can move onto subtitled French videos, in which visuals are added to the mix of text and audio.

You can also seek out language learning resources that can help you get familiar with absorbing French from authentic content. For example, FluentU is a program that takes authentic French videos and combines them with interactive subtitles, flashcards and quizzes. These let you read, hear and comprehend French words and phrases in context.

With frequent exposure to French by way of literature, audiobooks and other media, you can gain a significant boost in your language skills while genuinely enjoying the content you’re studying from.