Not everything is for minimalists.

Formal French letter writing? Not so much.

These letters are all about turning your flowery French writing skills up to 11. You’ll need the right letter structure and polite expressions to write a formal letter fluently.

In this article, we’ll give you the formula to do it right. We’ll show you the four steps to craft a formal French letter that’ll impress any reader, with added tips for personal letters as well as emails.

Minimalists, get ready to maximize those French writing skills!

How Can Writing Formal Letters Improve Your French?

The complexity and artistry that go into formal letter writing will teach you the ins and outs of advanced French writing. I spent two semesters studying formal correspondence, and this was one of my best decisions when learning French. But why is that?

You’ll find that, in French, sentences are works of art:

This may be subjective, but in my experience, French text tends to flow more smoothly and use a greater variety of vocabulary than its English translation. Whereas in English we tend to chop sentences into short snippets that go “straight to the point,” the French add a lot of dressing.

Literally translated, this becomes: I have the pleasure to pose my candidacy for the announced job opening as a computer science professor.

Which reads well enough, but in English, we’d tend to say something more concrete: I would like to apply for the computer science professor job opening.

That’s just one sentence! So it’s easy to see that formal French letters can be more verbose and complex than English letters.

You may have already heard how any form of writing in French will improve your vocabulary knowledge, and it’s true! Heck, just the concept of letter writing itself brings several words you should learn (or memorize!). Check out this list:

Since they’re so often used in professional settings, formal French letters are a particularly great source for French business vocabulary. That’s because they tend to be industry-specific.

A formal letter or intra-company memo from the Quebec aircraft manufacturer Bombardier, for example, will use totally different technical words from French fashion giant Chanel.

You’ll practice grammatical structures you don’t use every day:

Another obvious point. Nevertheless, it’s worth mentioning that a quality formal letter will exercise all of your grammatical knowledge. You’ll be crafting long sentences, using the subjunctive mood (for hypotheticals, possibilities, etc.) and using modal verbs (to politely ask for things). 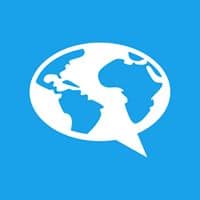 Feel like you need to bulk up your grammar before you put pen to paper?

Every video is supercharged with personalized learning tools, from clickable subtitles to flashcards and quizzes. It’s a great way to learn French the way native speakers actually use it, and it doesn’t even feel like studying.

It’s impossible to master writing French letters without looking at French culture as a whole. The complexity of formal French letters is a symptom of something much bigger: love and pride for the language.

Much like the rules that regulate the use of franglais, French letters represent and protect the French language.

Where to See Formal French Letter Examples and Ideas

The best description of a French letter will never replace actually seeing (or better yet, writing) one. Below, I’ve enumerated a few sites that are chock full of information on French letter writing and samples. 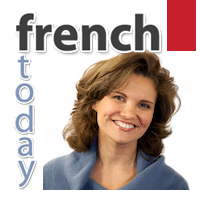 French Today offers a wonderfully detailed summary of French letter writing. It’s a treasure trove of information on French and a great site for a general overview of French letters, including how to write the addresses, the different parts, etc.

I particularly liked how French Today explains the importance of tu vs. vous and when to use them in letters, so it’s a great site for beginners.

If you’re looking for ideas on how to craft a strong formal French letter, check out french-linguistics. Just as its name says, french-linguistics shines in the nitty-gritty world of French grammar and syntax.

With respect to formal letters, they provide a great explanation on formules de politesse, the complex sentences that end French letters (more on this below). Because of the highly technical content, I’d say french-linguistics is best for intermediate and advanced learners.

This YouTube video offers great descriptions and examples of real-life scenarios for formal letters. It shows you examples of formal French letters and breaks them down with explanations of the elements and important grammar structures.

Mail Time! The Dos and Don’ts of Formal French Letters

This may sound obvious, but before you can write a formal letter in French, you have to understand, well, its different parts. Bear in mind that French letters are very different from those in English-speaking countries, and it’s important to follow the template.

Put the contact information in the upper lefthand corner of the page. First comes the sender’s (your) name.

Notice how the last name is capitalized in French. Then comes the street, in this case, 45 rue Gaston (45 Gaston Street). After that you put the postal code and city.

Just below this, on the righthand side, put the recipient’s contact information. For example:

A couple things of note. First, to abbreviate Monsieur (Mr.) and Madame (Ms.) in French, you put M. for Monsieur and Mme. for Madame. The diminutive Mademoiselle (Mlle.) isn’t used often in formal writing.

Also note that we’ve added two lines in the recipient section: the title of the person (Directeur) and the company they work for (Société de France).

2. Start your message with a salutation:

Here, we don’t put the French equivalent of “Dear Sir or Madam,” or “To Whom it May Concern.” It’s actually much simpler. First put your location and the date on the righthand side, below the contact information of the recipient.

Then, you simply put “Monsieur,” “Madame,” “Monsieur/Madame,” “Messieurs” (plural Monsieur) or “Mesdames” (plural Madame) below the date but on the lefthand side.

3. Write the body (similar to how you would in English):

There’s not really much to explain here. A standard formal French letter contains an introduction of yourself, for example:

The above is a typical introduction for applying for a computer-related job. Translated, it reads, “Highly trained in computer science, I propose to you my candidacy for…”

Then write the body of the letter as you’d write in English.

4. Close with a formule de politesse and signature

A key difference in formal French letter writing is the use of long and flowery closing salutations. Whereas in English we might just say “Sincerely,” in French you’d say something like:

These roughly translate as:

I ask you to accept, Ms. Delacroix, the expression of my distinguished sentiments.

Please accept/agree with, Mr. Director, the expression of my distinguished consideration.

This may seem overly complicated and overwhelming, but in reality the formula is simple and can be repeated. Check out some excellent formules de politesse here. Also, remember to put your name and signature in the bottom right side of the letter, for example:

How Are Personal Letters Different?

Obviously, letters to friends or family are much more informal. You don’t have to worry about dates, signatures nor contact information.

Your opening salutation may be something affectionate like Cher François (Dear François) or Ma soeur chérie (My dear sister). In place of a formule de politesse, you can put Je vous embrasse (I kiss you) or the more informal Bisous (Kisses).

One thing to keep in mind about French is the difference between the informal “you” (tu) and formal “you” (vous). In personal letters, tu is used, but in formal letters, you should stick with vous. Check this out:

Vous avez réalisé… (You have executed/carried out…)

Tu as réalisé… (You have executed/carried out…)

They mean the same thing, but the first one is more formal than the second.

You have to remember that emails took a longer time to be adopted culturally in France than in English-speaking countries. Indeed, French business correspondence was until recently conducted almost entirely using lettres manuscrites (written letters) despite the presence of computers.

With this in mind, I generally use the same format that I described above when sending formal French emails.