Fall in love with French, and then let French help you fall in love.

Learners at any level (and with any relationship status) can benefit from exploring the French culture of love.

Perhaps you’ll want to learn pickup lines, or perhaps you’d prefer to start by learning about weddings and marriage in France.

I mean, what’s the first thing that comes to mind when you think of the French?

Their love of food, their beautiful cities and romantic landscapes..or their penchant for romance?

Everything the French do, they do it with an artful passion. Get ready to learn love from the pros. In just a few moments, we’ll venture through a lovely list of sayings brought to you by great French romantics themselves.

Why Should You Learn Cute French Sayings?

Sayings are a beautiful part of a language, the way that the great writers used their language to convey spirit and meaning that remains relevant today. The cute and the romantic parts of a language are often what draws people to a language and are shared between languages. Many people who do not speak French will already know these sayings because they are so universal and a linguistic treasure.

Wonderful as this all is, you might be thinking: How does this help me become fluent in French?

You can use these sayings to gain access to an important part of French culture and use this article to help you explore French music and literature, much of which centers on the theme of love. These sayings are also beautiful and may stay with you all your life. Use them to impress people in your life, whether they speak French or not!

How to Learn Cute French Sayings

As well as the sayings and cultural insights presented in this article, there are many other opportunities to get your fix.

For beginners, there are many opportunities to embrace l’amour (love). There are many great love songs out there, great for beginners who can pick up pronunciation and vocabulary from music. Try Celine Dion’s music, she has a French love album out. Carla Bruni has also written many love songs.

As well as that, you might like to try reading a book you’ve already read in English in French. “Twilight” is a great one for this, as it has a lot of romantic phrasing and is suitable for beginners.

If you’re at an intermediate stage, try a magazine, like “Cosmopolitan,” which may have some romance pages. A bit limited on cash? Swap your regular subscription for one in French, it’s also great for motivating you!

Start exploring more reading material and have fun with it as your comprehension gets better. Try to seek out books and magazines with cute French language yourself, starting with writers mentioned in this article.

If you want to get some writing practice in, you could try writing a French love story. Take inspiration from anything in this article, or use your own imagination to create a great romance. You could then ask a French speaker you know to give you some feedback on your writing. If you don’t know anyone, try posting your writing as an italki notebook or adding a note and posting it on the site Fanfic Fr (for French fan fiction) to get some feedback.

You can also go an extra step and hire a private tutor to guide you on italki. Then, they can check out your writing and give you feedback.

The best way for an advanced learner to absorb French romance is to take a trip. Talk to some different people and learn about their relationships, or try your hand at a little flirting. See if you can notice the subtle differences between people and the language they use for relationships. How do they differ between age and status? How different is the culture around relationships compared to the culture of your own home country? 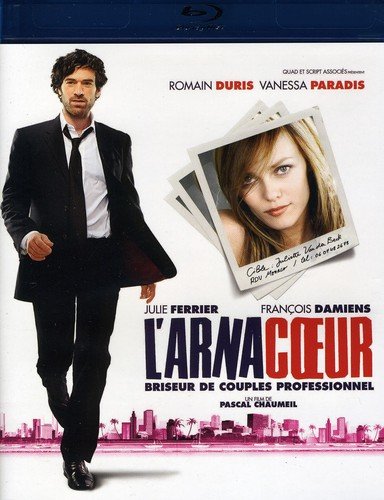 If you can’t take a trip, try and watch a French rom-com, there are many great ones, including “l’Arnacœur“ (Heartbreaker) starring Roman Duris and Vanessa Paradis. It will help you gain a greater sense of culture and nuanced language.

Learners at any level can also explore a little into the French culture of love, perhaps exploring weddings and marriage in France.

Now that you know how to track down some more cute phrases and how to practice them in your everyday life, let’s take a look at all the linguistic ingredients of a beautiful French romance.

When we think about the three most linguistically important parts of a romantic film, we realize that there are three that really make a film legendary.

First, there’s the term of endearment, whispered just at the point that someone is falling for someone else. Then there’s the phrase that melts the heart, a romantic heartfelt statement. After all the drama and action of the movie, there’s a point where hindsight is 20:20 and something very poignant and true is said, a great statement full of wisdom as well as true romance.

Choose an Adorable Term of Endearment

The French have many terms of endearment that sound a bit strange to us. This can be true of many languages and regions though, for example, in Japan “egg with eyes” is considered a great compliment. These are some of the most popular terms of endearment in French:

The French are also very fond of their animals, so mon mimi (my pussycat), ma chaton (my kitten) and mon lapin (my rabbit) are all common terms of endearment.

These romantic sayings will make you sound wordly and wise. Write your favorite ones down in a notebook and try to memorize them. Try to make your pronunciation perfect. Use them in conversation where relevant. Explore the literature of the writers that really speak to you in these quotes if you’re an advanced learner, and try reading some of their work. Marvel at the beauty of the French language and remind yourself why you’re learning it.

Choose a Cute French Saying That Perfectly Sums Up Romance

Now that you’ve got all this lovely language on your side, it’s time to get your romance with French out on the open road!