Come for the free-flowing wine and crunchy baguettes with cheese.

Stay for the captivating classic literature.

If you’re like most French learners, your love of the language is partly due to the enticing French lifestyle and culture.

But you don’t have to go to France to start exploring it.

With classic French short stories, you get a neat little package of French culture right in your hands. You’ll discover the French perspective on everything from marriage to the World Wars. You’ll see how great French authors experiment with genres and you’ll pick up plenty to talk about with well-read native French speakers.

And you’ll do it all while growing your vocabulary and reading comprehension skills with the turn of every page.

We’ll show you nine of our favorite classic French short stories for a range of learning levels.

But first, how can you give your French skills the biggest boost through reading?

As French learners, we can’t just read through a story once and expect our language skills to immediately improve. Of course all reading helps, but I like to employ what I call “active reading.” But what does that mean in the context of French learning?

Of course you can’t obsessively write down every word you encounter, but as you’re reading, it’s a good idea to note the words that seem important to the story or are valuable to you. For example, you can write down:

This process is especially easy if you have an e-reader because you can highlight unknown words and immediately look up their translations.

If a page is wordy or uses long sentences, read through it twice.

Sometimes, especially in really formal French, you understand every individual word but the ensemble (the big picture) just doesn’t “click.” You might read through a whole page and not get the message.

In these cases, don’t expect that things will just start to make sense as you continue. Instead, it’s good to stop and read through the passage or page again. You’ll almost always get the message the second time around. Remember, it’s not about reading quickly—it’s about understanding what you read.

Read for 30 minutes at a time.

In my French-learning career, I’ve chopped up reading practice into 30-minute blocks. There’s nothing scientific about it, I’ve just found it to be a good balance between time dedicated to learning and the rest of my life. It can also prevent burnout and make sure each minute you do spend reading is active and valuable.

Supplement your reading with diverse materials.

Getting stuck in a rut will quickly lead to boredom and squash your motivation to study French actively. That’s why it’s important to supplement your short story reading with other materials. Here are some ideas to accomplish this:

Where to Find French Stories Online

Inevitably this question was going to come up. As you can imagine, the internet is awash in free French stories for your enjoyment. Check out some of my favorites!

If you’re looking for older titles, check out the Internet Archive.

The Internet Archive is amazing! It’s incredible how few people know about it. There’s a plethora of French stories here written before the 19th century, meaning they’re available in the public domain.

The catch is that you’ll need an e-reader, unless you want to print all the pages. Although you’ll encounter some archaic language in older literature, the Internet Archive makes up for this with the sheer number of titles on offer.

Go to the French texts category here and then type contes (stories) into the search bar.

Get classic stories annotated with language tips at Learn French Free with Stories.

There are many websites for learning French, but very few sites teach French by presenting and analyzing short stories! On this page you’ll find French-English parallel texts, with line-by-line translations and analysis of important French linguistic elements.

Submit your own stories at e-stories.org!

Do you have a future French classic in you? A particular advantage of this site is that not only can you read other people’s stories but you can also submit your own!

The community will be happy to give you feedback and it’s a great way to practice your written French. The stories here also tend to be shorter than those in paperback, allowing you to read a short story per day.

Since French literature is so rich, you might be asking yourself what to read first. To help you in this quest, I’ve compiled a list of some of my favorite titles. 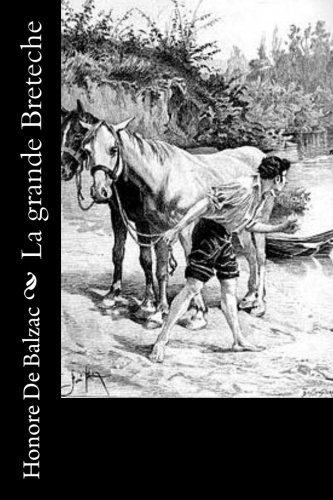 This piece is one of the more than 90 short stories that makeup Honoré de Balzac’s La Comedie Humaine (“The Human Comedy”). In “La Grande Bretèche” a traveller stumbles on an abandoned manor, known as the Grande Bretèche, where the lawyer of the late owner tells the story of the house.

Although very short, here Balzac experiments with the horror genre, which was innovative for its time.

I recommend that all French students read some of “La Comedie Humaine” because it encapsulates 19th century France like no other work. “La Comedie Humaine” influenced future authors such as Flaubert, Proust and Zola, and continues to be a mainstay in French classrooms today. 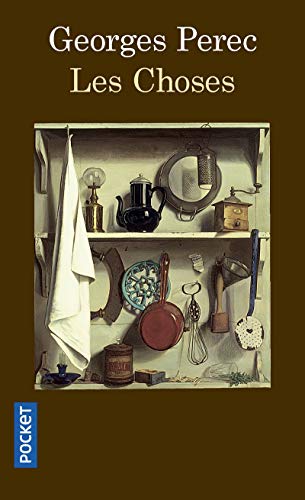 George Perec’s “Les Choses” (“Things”), although little more than 100 pages, packs a punch with the sheer number of vocabulary words you’ll encounter. I definitely had my underlining pencil handy when reading it!

“Les Choses” recounts the life of a young couple in Paris just after World War II. As members of the first postwar generation touched by modern consumerism, they struggle to afford their lavish lifestyles on middle class salaries. “Les Choses” is great for the intermediate reader who wants to learn some solid vocabulary. 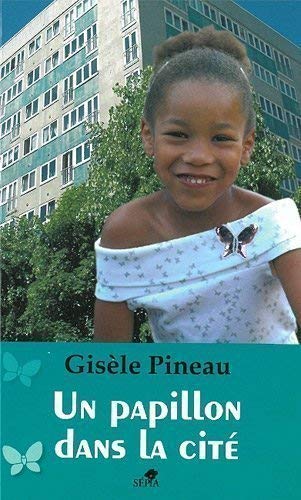 “Un papillon dans la cité” (“A Butterfly in the Projects”), by Gisèle Pineau, recounts life in Paris from an immigrant’s perspective.

Young Felicia moves from her native Guadeloupe to live with her mother in Paris, growing up between two cultures. It’s important for French learners to understand immigration and multiculturalism, common themes in modern French writing, to fully grasp the language they’re learning. France is a melting pot of cultures and French is spoken all over the world. 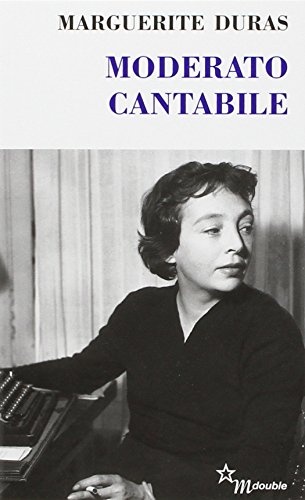 A wealthy couple moves to a “backward” (read: untouched by the changes sweeping France) coastal town. While the husband manages a factory, the wife, bored, occupies her time doting on her son—until she witnesses a murder and becomes obsessed with the incident and a man she saw at the scene. Slowly her life spirals out of control as she leaves everything behind, trying to live a life she never knew.

“Moderato Cantabile” captures a France in transition, away from the traditional pre-war society and heading light-speed towards the sensational liberation that characterized the Nouvelle Vague (New Wave) movement. It’s not a hard read, so it’s ideal for intermediate readers.

Although difficult to find, I recommend watching the film version as well. It’s haunting in its simplicity and the dialogue is very easy to understand. If you’re not quite intermediate yet, you’ll benefit from this added context and getting familiar with the plot before starting your read. 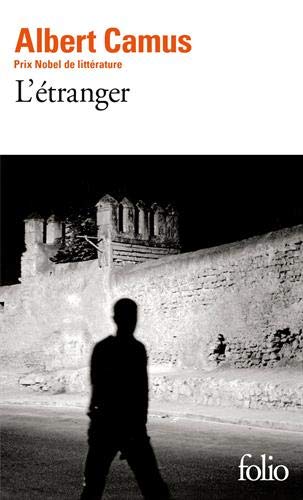 No list of classic French stories would be complete without mentioning “L’étranger” (“The Stranger”) by Albert Camus. It’s the classic story of the tragic hero. In Algiers, a Frenchman named Meursault kills an Algerian man on the beach. The story unfolds as the Frenchman tries to take stock of what he did while the long arm of the law slowly closes around him.

“L’étranger” is a relatively easy read for all levels of French, and due to its fame, it’s been translated to English if you’d like some line-by-line support as you read. It’s notable that “L’étranger” takes place in Algeria, a country that has a long history with France and French colonization. 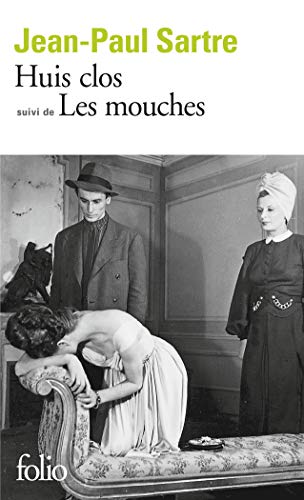 Although technically a play, “Huis Clos” (“No Exit”) deserves mention for being written by one of France’s greatest short-form writers, Jean-Paul Sartre.

“Huis Clos” almost has an O. Henry-esque feel to it. Three cruel people die and find themselves trapped together in a gloomy room for eternity. They’ll have all the time in the world to get to know one another. This is a great book for advanced learners for its diverse vocabulary. But for intermediate learners, it can be read along with the English translation. 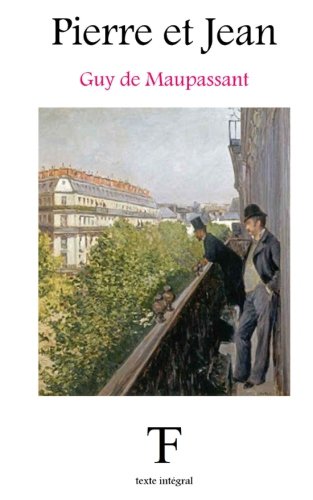 Two brothers, opposites in every way, inherit a fortune. Slowly their good relations dissolve as a rivalry develops between them. “Pierre et Jean” takes place in the 19th century. Although the dialogue is more complex, it’s important for French learners to expose themselves to older literature because the cannon is so rich and diverse. 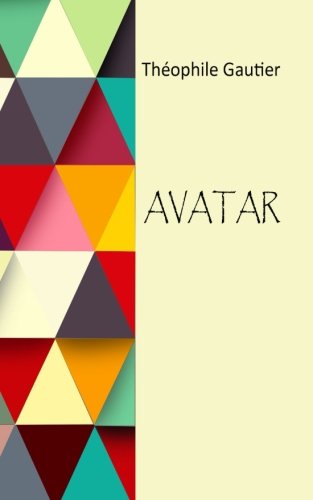 A short story treasure from the 19th century by the famous French novelist Théophile Gautier, “Avatar” tells the fantastic story of Octave de Saville. So madly in love with the countess Prascovie Labinska, he hires a doctor to put him in the body of her husband.

At only 92 pages, “Avatar” is a quick read. As a fantasy novella, it might be a little dense, but that’s great for language learners. The more complex the text, the better to spark those active reading skills. Especially if you’re at the intermediate level or above. 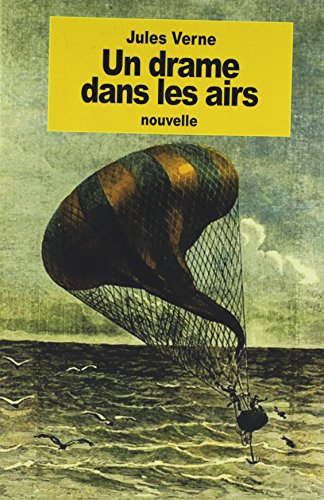 No list of French short stories would be complete without mentioning one of Jules Verne’s many short texts. In “Un drame dans les airs” (“A Drama in the Air”), a stranger forces his way into a hot air balloon of partygoers and forces them to drop the ballast and climb ever higher, while relating stories of lighter than air travel.

Most notably, “Un drame dans les airs” served as inspiration for Verne’s later work “Cinq semaines en ballon” (“Five weeks in a balloon”). Jules Verne might be the best author for intermediate French learners who are looking for their first “real” book.

His stories, although suspenseful page-turners, are easy to read, all the while introducing lots of technical vocabulary.

French literature is rich and beautiful. Don’t be deceived by the size of French short stories—they’re a learning tool that can be more powerful than full-length novels. If you commit to exploring the one-of-a-kind short story genre, you’ll be reading French in no time!