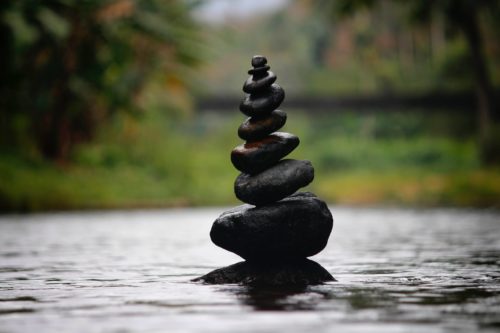 How many times have you been told that Chinese has no grammar?

My guess: too many.

I get it, though.

Mandarin Chinese does have sentence patterns that are radically different from the ones in English, and to an outsider, it may even seem like there’s no structure at all.

But it just so happens that Mandarin Chinese is a very logical language. In fact, rather than grammar anarchy, there’s actually a simple, structured beauty to basic Chinese grammar.

You’ll especially appreciate it if you’re coming from English, with all its irregular verbs, exceptions to its own rules, different kinds of tenses and all that jazz.

The basic grammar rules below will help you build strong sentences in Chinese, and will give you the tools to gain a deeper understanding of advanced sentence structures.

Some Aspects of Basic Chinese Grammar to Be Thankful For

While there are certain grammar differences that’ll require a bit of adjustment, Chinese grammar has a ton of features that make it relatively easy to learn, compared to other languages that you may’ve learned in the past. For starters, nouns in Mandarin don’t have genders, which many other languages utilize, which in turn affects the usage of articles.

Gendered nouns aren’t the only key points to be grateful for. Here are more facts about basic Chinese grammar that you might appreciate:

Now that we’ve gotten those out of the way, let’s move on to the rules of basic Chinese grammar. Bear in mind that while these rules are considered simple, the concepts do need to be dissected and explained in depth.

At the very basis of it all is this extremely simple sentence order, a familiar one for English speakers. This is the basic form of sentences you’ll learn to create as a beginner, and then build up from there. Let’s take a look at some easy SVO sentences in Chinese:

As you can see, the subject, verb and object are clearly laid out in each of the sentences, so this structure is pretty self-explanatory. After you’ve gotten comfortable with the basic SVO format, you’ll learn that the pattern expands as you move on to longer, complex sentences with multiple clauses.

The next level after SVO is the stage where Chinese grammar starts to vary from English, but is still considered a simplified sentence structure.

You can hear the Chinese sentence structure in use on FleuntU with authentic content.

Each video comes with interactive captions, flashcards and exercises to make sure you’re actively boosting your Chinese language skills while you watch.

So you see that there are two new additions to the SVO order: adverbials and complements. For those who aren’t familiar with the newly introduced terms, this format might not make any sense. Before getting into example sentences, here are a few definitions:

Even though not all sentences will have all three components to describe the action, the order of adverbials must be in that exact order, first with time and ending with place. Thus, anything indicating when, where and how the action happened will always be placed before the verb.

Obviously, direct translations are quite awkward, where something like 我昨晚在家看电视 (wǒ zuó wǎn zài jiā kàn diàn shì) would literally translate to, “I last night at home watched TV.”

When something is done very well, or 很好 (hěn hǎo), “very well” would be considered the complement. In other instances, you can’t exactly identify the complement in an English translation.

The complement isn’t evident in English, but in Chinese, the main verb in question is 听 (tīng), or “listen.” 不懂 (bù dǒng) would be considered the result of 听 (tīng), with the long-winded explanation being that the man listened but didn’t understand what he was listening to.

Normally what’s subsequent to the main verb and precedes the object (if there is one) is what would be identified as the complement.

Not every sentence you encounter will have both adverbials and complements. More often than not at this level, you’ll see one or the other. The Subject–Adverbials–Verb–Complement–Object pattern is there to exhibit the general placement of each part of speech, if it’s included in the sentence.

With that said, let’s look at some SVO examples with adverbials and complements.

The tricky part here is understanding that adverbials and complements won’t always reflect in English translations. But with more practice, you’ll see that Chinese is very straightforward in its sentence order. It’s really just a matter of not letting English grammar rules get in the way in learning Chinese sentence formats.

Try writing out a few sentences yourself using this sentence order. The more you write, the more you’ll understand what’s considered an adverbial and a complement.

Our first rule required several definitions and explanations. But have no fear, as the rules are simpler from here on out, with less explanation needed.

Just like in English, adjectives are always placed right before the noun. Easy enough, right? Time for some examples.

A sigh of relief compared to the first rule, isn’t it? Now, onto the next one.

You’ve learned the characters for “like,” “eat,” “want,” “have” and a whole bunch of others. How do you say you don’t do whatever verb’s in question? Easy—just add 不 (bù), the English equivalent to “don’t,” before the verb!

Take a look at the example phrases below:

The only time when you can’t use 不 to negate a sentence is when you’re using 有 (yǒu) or “have.” Instead of using 不, you would negate 有 with 没 (méi).

没有 can also be used on its own as a negative response to a “Do you have…” question. And yes, in this case you literally would be saying, “I don’t have” as your reply, but the proper translation would simply be, “No.” You’ll read more about this in particular in rule four.

她没有妹妹。(tā méi yǒu mèi mei) — She doesn’t have a sister.

Another way to differentiate between 不 and 没 is that 不 is mainly used in situations of dislike and disapproval, while 没 is used for lack of possession. There’s also another use for 没, wherein it negates an action, so it would be 没 plus the main verb.

Don’t worry about the second use at this moment. For now, just remember that 没 is used to negate 有 or “have.”

To turn an English statement into a question, you have to do a lot of rearranging. Thankfully, Mandarin Chinese is easier in that aspect, with sentences transforming into yes-or-no questions simply by adding a 吗 (ma) at the end of it (along with a question mark, of course).

Check out how easy it is with the examples below:

Although, one exception to this statement/question pattern is 你好吗? (nǐ hǎo ma?). Its direct translation would be, “Are you good?” which technically would be a yes/no question.

However, we know that the question really means, “How are you?” and that’s never followed by a yes/no statement.

You always want to keep in mind that there are other kinds of questions you can ask in Chinese. 吗 (ma) is just used to ask a question that prompts a “yes” or “no” answer.

4a. To Answer Yes/No Questions, Revert Back to a Statement

Unfortunately, answers in Chinese aren’t as straightforward as a “yes” or “no” in English. In fact, there are many translations of “yes” and “no” in Chinese, each used in specific situations. So which translation would apply in this circumstance?

Let’s go back to the question in the first example above. If you want to respond with a “yes” to 他起床了吗? (tā qǐ chuáng le ma?), or “Did he get up?” all you have to do is turn it back into a statement: 他起床了(tā qǐ chuáng le).

This would be translated as “He got up” when it’s a statement on its own, but as “yes” when it’s used as a reply to a question.

To say “no,” you would apply rule three about negation. So to answer the question in example two above, it would look like this:

Remember that if the question contains 有, then your answer would have 没有.

You might be thinking that these answers seem quite long just to say “yes” or “no.” There are actually more condensed ways to say “yes” and “no,” which will be explained further in the next section.

One of the biggest differences between Mandarin Chinese and English is the emphasis on the topic instead of the subject.

In English, sentences often highlight the performer of the action, making the subject an important part of statements and placed first in the sentence. Chinese, on the other hand, is focused heavily on the topic (the theme or main information) of the sentence, giving speakers the option to place the topic before the subject. The topic is often the object of the subject, thus changing the order from SVO to OSV.

The literal translation of the rearranged order would be, “Beer I don’t like.” While it looks silly to English speakers, it still makes sense to us and carries the same meaning as, “I don’t like beer.” It’s essentially the same in Chinese, except that both SVO and OSV formats are perfectly acceptable grammar structures.

In some cases, the subject is excluded from the sentence, but the meaning is never lost because the subject is implied. One specific example would be a dialogue between two people, where the speakers don’t need to specify “I” or “you,” or in Chinese, 我 (wǒ) or 你 (nǐ).

Let’s look at some examples with implied subjects:

As you can see, these are examples of informal dialogues, where the questions follow an OV order. The subjects have been taken out in the exchange because it’s clear that the speakers are talking to each other.

And since the object was already clarified in each of the questions, the second person in each dialogue only needs to reply with a verb (along with the necessary adverbials and/or complements). What’s great about this is that it eliminates unnecessary repetition, which you saw in the yes/no answers under rule four.

Like many other components of Mandarin Chinese, this can be confusing at first. For the time being, it’s okay to stick with the standard SVO structure, and soon after, you can begin experimenting with the OSV word order. Then when you find yourself in an informal conversation, try a couple questions just using OV.

You’ll get the hang of it soon enough!

The explanations of the rules are longer than you might’ve expected, but much of this needs to be talked about in order to see how simple all of them actually are. Simplification is a must at this point in time in order to advance to intermediate Chinese grammar, where more memorization is required. Once you’ve got these five rules in the bag, you’re pretty much ready to take on all the fun stuff in Mandarin, as well as speak like an adult rather than stay stuck in kindergarten-level language skills.

The Royal Treatment: 4 “Best” Chinese Keyboards for Android
Yes, You Can Get Chinese Video with Pinyin Subtitles: 4 Options