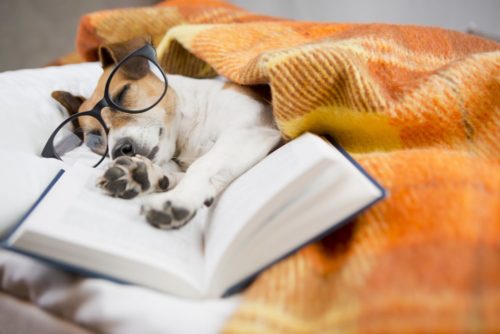 5 Resources for Learning Mandarin Chinese While You Sleep

As a Chinese language learner, you don’t take one minute for granted.

You’re reading, writing and speaking in Chinese as much as you can. You just wish you had more time!

Well, you do. It turns out that your nightly zzz’s can become an integral part of your study routine. Not only is sleep important to learning and memory, it can also reinforce language skills.

But before you put the books away and close your eyes, let’s discuss time for a moment.

Others have cited closer to 10,000 hours, based on Canadian journalist Malcolm Gladwell’s theory about how long it takes to learning a new skill.

If 10,000 hours is the correct figure, then that means even if you were to diligently study Mandarin every day for two hours, it would take you just under 14 years to achieve fluency. Whatever the time range is (we know it’ll vary person to person, anyway), we know it’s going to take a lot of time and dedication!

Here’s another fun fact about time: the average human spends close to 230,000 hours of their life sleeping. While sleep is a vital function, I think most people would rather put those hours to use elsewhere. Is there a way to dedicate some of those hours to language learning?

What if I were to tell you that you could? By all means, roll your eyes, but please continue reading. Sleep learning is a real thing, and there is some scientific literature to back it up.

The Studies Behind Sleep Learning

Sleep learning is a controversial subject. While there are studies that support its validity, there are also a few that rebuke it. Ultimately, it’s one of those things you have to try for yourself and be your own judge.

People have been interested in the idea of learning in your sleep for a while. One study dating back to the 1950s that seemed to debunk this idea had subjects sleep while a recording of random historical facts played in the background. Subjects were quizzed upon awakening but showed no signs of retaining the information fed to them during their sleep.

A much more recent study, though, reveals there could indeed be some merit in sleep learning. In a 2012 study published by the journal Nature Neuroscience, subjects studied two simple piano melodies then took a 90-minute nap. During sleep, a recording of one of the melodies was played back to the subjects. Upon awakening, the subjects exhibited better recall of the melody that was played during sleep.

So what does this mean and how do we apply this to language learning?

Does sleep learning have any validity for foreign language students? Subliminal learning has largely been written off as pseudoscience, though there’s at least one study that supports it as a viable method for language learners.

In a study by the Swiss National Science Foundation, 60 German subjects learned a series of Dutch vocabulary. Half the subjects then went to sleep with an audio of the vocabulary played back to them. The other half stayed awake. When both groups were tested, the group that heard the audio in their sleep demonstrated a higher recall.

It’s important to note that the subjects did not learn new vocabulary in their sleep. The audio that was played back was vocabulary they had already learned a few hours before.

What this means is that sleep learning may aid in information recall. It does not, however, appear to be effective for learning new information, as shown in the 1950s study.

Look, I get it. I also wish that I could excel in Mandarin by slapping on a pair of headphones before I go to bed. Unfortunately, you still have to put in the hours while you’re awake. Sleep learning may be used as a supplemental tool, but it’s not a substitute for engaging in real-world dialogue, reviewing grammar or repetitiously playing back that Rosetta Stone CD.

As long as you can keep that in mind, then I believe sleep learning might help in the memory department. So without further ado, here are some audio courses to download and listen to while you turn in for your nightly zzz.

5 Resources for Learning Mandarin Chinese While You Sleep

This is an easy-to-use CD that contains 100 basic Mandarin vocabulary words. It includes essential sentences similar to those you can expect to find in a phrasebook.

According to the site, speakers of any language only use about 850 words on a daily basis. This means that you can achieve relative fluency by putting more emphasis on the most widely-used vocabulary rather than trying to master every noun, verb and adjective under the sun.

The Sleep Learning program for Mandarin capitalizes on this principle by playing back the most common Mandarin vocabulary and how you would hear them in a real-world conversation.

FluentU’s Mandarin Chinese language learning program contains a wide database of short videos. Loads of these videos clock in under one or two minutes, making them really quick to watch on an individual basis. You can start with beginner content covering basic language structure such as how to tell time, how to ask a question and how to use past and future tense. Other videos cover basic conversations spoken at a native (but moderate) pace.

From there, the sky’s the limit—there’s content for all levels, right up to advanced content for nearly-fluent students.

There are even full dialogues in conversational Chinese spanning several minutes, to get you into the flow of a real conversation.

Go ahead and download some FluentU videos for offline use, right within the app. Once you have a good collection videos on your smartphone or tablet, you can let the videos play back-to-back as you drift away counting sheep.

This is an iTunes app that you can download for just $1.99. Play the Mandarin-learning app three minutes before bed to help boost your vocabulary recall. The description also affirms that the app is only to be used as a memory aid for vocabulary you’ve already learned and not for acquiring new information.

The app also contains additional learning aids for use during waking hours. This includes daily lessons and exams. As of the date of this post, the app is only available for iOS devices.

This is a three-hour YouTube video with the audio of 230 basic Mandarin phrases. At the start of each new phrase, the speaker says the phrase in English before slowly repeating the phrase three times in Mandarin. To make the audio more pleasant, the background contains soft ambient music to soothe the mind as you slowly drift off.

Eko Languages contains a database of learning content for Mandarin and other languages. Before turning in for the night and listening to the sleep video, listen to this near-identical video which contains the same 230 Mandarin phrases and is intended for study during your waking hours.

Tingting ASMR is a YouTuber with various videos on Chinese culture, fashion and makeup tutorials. She also has a small handful of content for learning Mandarin. In her sleepy-time material, she has a 30-minute video where she whispers English phrases followed by their Mandarin translations.

When repeating each phrase in Mandarin, she takes turns speaking into different parts of the mic so the listener only hears it in one side of the headphone.

Staying motivated while learning Mandarin is a huge issue for me, as I’m sure it is for most learners. All that repetition and learning a seemingly endless list of similar-looking Chinese characters can zap the enthusiasm of even the most dedicated students. This is why I think this video by Mark Reynolds may help maintain ambition.

The 10-minute video contains subliminal messages that you can just barely distinguish but is supposedly picked up by your subconscious.

Does it work? Honestly, I have no idea, but what do you have to lose by listening to it for 10 minutes per day? You can listen to it in bed before proceeding to any of the videos listed above.

Time is the biggest obstacle when it comes to learning a second (or third) language. While it’s not possible to completely learn a language while sleeping, it does have some merit as a supplemental tool.

Why not give it a try? You won’t have to open a book and you won’t miss a wink of sleep!