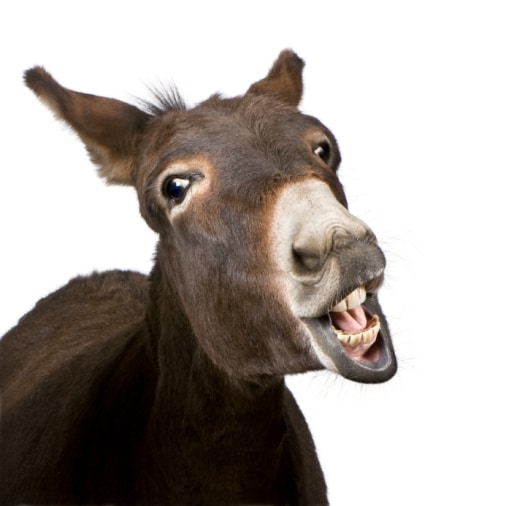 Do you know how to say “woof” in Chinese?

Onomatopoeia is one of the most fun ways to learn Chinese.

And besides, you have to take a break from grammar and standard vocabulary sometimes, right?

So let loose, and learn how to bark, squeak, meow, roar and hee-haw instead!

Here are 22 Chinese animal sounds to extend your language skills, and bring some extra chipper into studying. Note: Each item first lists the animal sound in Chinese, followed by the English name of the animal who makes that sound.

In Chinese culture, a chicken is “a poultry with five virtues”: civil, military, valiancy, benevolence and trustworthiness. Pretty impressive for a fowl! The first day of Chinese New Year is also called “day of the chicken.”

In Chinese cuisine, serving a whole chicken represents prosperity, togetherness of the family, joy and completeness.

Red, paper cut-out images of roosters can be seen pasted on windows during Chinese New Year. The rooster represents advancement, as the rooster’s comb, 冠 (guān), has the same sound as an ancient “official,” 官 (guān).

In modern culture, you might have seen the viral chicken and rooster Chinese song, in the style of “What Does the Fox Say?”

小肥羊 (xiǎo féi yáng), or Little Sheep Mongolian Hot Pot (the name means “little chubby lamb” in Chinese), is a famous chain restaurant originally from Inner Mongolia, which now has hundreds of locations in China, the United States, Canada and Japan. If there’s one near you, give it a try. Hot pot cuisine is delicious and a great social activity too!

In ancient China, Pekingese dogs were the cherished companions of emperors. Sadly, dogs were eradicated by the tens of thousands during the Cultural Revolution of the 1960s, because they were seen as a symbol of the bourgeoisie.

Today, dogs in China have regained some of their ancient beloved status as companions. Rare and purebred breeds are kept as expensive pets; but some restaurants do serve lesser breeds as a delicacy, to the chagrin of animal rights groups.

There are more famous cat references in China. “Cat theory,” or 猫论 (māo lùn), means to favor practical solutions over strictly following the rule. Chairman Deng Xiaoping, referring to his infusion of communism with capitalism, famously said, “It doesn’t matter whether a cat is black or white as long as it catches mice.”

Cows have many funny cultural references in Chinese. 吹牛 (chuī niú), or “blow up a cow,” is a Chinese expression meaning to exaggerate, lie or show off.

牛屄 (niú bī) is slang for “awesome,” but literally translates as “a cow’s vagina.” A little crude, it has a similar effect as “f***ing awesome!”

叽叽 (jī jī) sounds like chirping birds, 小鸟 (xiǎo niǎo). 叽叽喳喳 (jī jī zhā zhā) is the onomatopoeia for noisy twittering, such as of birds or of a chattering crowd of children.

Birds are popular pets in China. Some elderly men enjoy keeping birds in portable cages, carrying their pets to the park for walks.

In Chinese, 鸡同鸭讲 (jī tóng yā jiǎng), or “like a chicken talking to a duck,” is an expression meaning that two parties are not understanding each other. A “duck” is also slang for a male prostitute (and a “chicken” is a female prostitute).

吼 (hǒu) is a fierce roar, like that of a tiger, 老虎 (lǎo hǔ). Tigers signify kingship in Chinese culture. The horizontal stripes on the forehead of a tiger looks like the Chinese character 王 (wáng) for “king.”

Tigers are also counted as one of four super-intelligent creatures in Chinese mythology, along with the dragon, the phoenix and the tortoise.

呦呦 (yōuyōu) is the bleating of a deer, 鹿 (lù). Young deer antlers are commonly used in Chinese medicine.

嚎 (háo) is the howl of a wolf, or 狼 (láng). If you’re a fan of wolves, you might want to check out the Mandarin film “Wolf Totem,” which follows the journey of a Beijing student, sent to live among the nomads of Inner Mongolia during the Cultural Revolution.

咝 (sī) is the sound of a hissing snake, or 蛇 (shé). Although snakes are feared in some cultures, among Chinese, snakes are cooked in soups and stews. Snake soup is known for medicinal properties, especially when combined with alcohol and Chinese herbs.

嘶 (sī) is the sound of a horse, 马 (mǎ), neighing. It’s also the sound of air being sucked between the teeth, a kind of hesitation or thinking sound.

When a horse is running, it goes 哒哒 (dā dā) or clip-clop!

Crickets, 蟋蟀 (xī shuài), have been kept as pets since ancient times in China. Some were kept for their beautiful song, 蛐蛐 (qū qū). But some were bred to be fighters. Fighting crickets was a favorite hobby among the elite during the Qing dynasty.

吱吱 (zī zī) also works for other chippy, chirpy sounds, like small birds. 突突突突 (tū tū tū tū) is the sound of a mouse scampering across the floor.

哼哼 (hēng hēng) gives a great snort or snuffle, perfect for that great-bellied 猪 (zhū) or pig. A roasted pig, usually a whole one including the head, is an important part of many Chinese festivities from weddings to Chinese New Year.

Finally we arrive at the sound for 乌鸦 (wū yā), or crow: 哑哑 (yā yā). Ever say something you shouldn’t? A 乌鸦嘴 (wū yā zuǐ), or “crow’s beak,” is someone who says unlucky things.

It’s been quite a party with all these animal noises. If you’re up for more, check out this Chinese version of “Old MacDonald Had a Farm.” Enjoy!

If you liked learning these fun words, then you’ll love FluentU.

The Ultimate Chinese Weekend: All the Mandarin Phrases You’ll Need for Hanging Out
Easy as ABC: 8 Foolproof Tips for Learning Chinese Faster