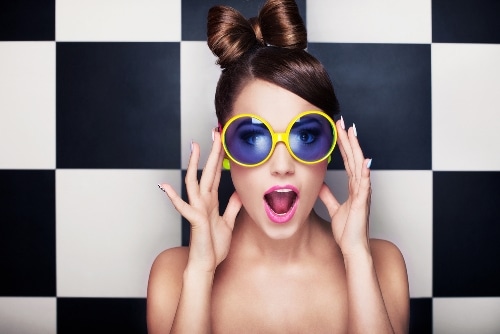 The more Mandarin Chinese you learn, the less you feel like you know.

It’s a weird phenomenon, and it means that intermediate-level Chinese can be a serious drag sometimes.

You’ve mastered the basics of talking to people, but still don’t feel like you’re anywhere close to fluency.

Despite having learned an ever-growing list of useful vocab, you still feel like your conversations revolve around short statements, misunderstandings and more than just a few ting bu dong situations.

But don’t despair—with a few simple tips you can drastically improve your conversational ability in Chinese and improve your speaking in leaps and bounds.

Using these incorrectly—or omitting them entirely—is one sure-fire way to make your Chinese sound distinctly foreign, so as a learner you would do well to learn to implement these correctly.

吧 and 吗: Which is best and when?

A common mistake for learners is confusing the use of 吗 and 吧 in Chinese questions.

While there’s no definite rule, here are some useful rules of thumb:

吧 (ba): Use for suggestions or statements where you’re trying to urge somebody to do something. This is more polite and friendly than a direct command and will also denote that you don’t actually expect the question to be answered.

吗 (ma): Use for direct questions where you actually expect an answer.

This being said, don’t use ma when the sentence includes features that already denote that it’s a question.

There’s a seriously large number of ending particles in Chinese which can be used (sometimes semi-officially) to express surprise. Using them correctly is important to achieve some semblance of fluency in your conversations.

啊 (a): Use when expressing surprise in the context of anger and yelling. Useful for when you want to show somebody that you’re annoyed or shocked.

呀 (ya): Use when faced with a sudden shock or when something unexpected happens. This doesn’t necessarily need to have a positive or negative connotation.

哇 (wa): Use when you’re surprised by something in a very positive way. The use of wa is quite similar to the English word “wow!” and as such can be used in similar contexts.

2. Why Not Mix a Little Slang into Your Conversations?

Chinese slang can be used to express a lot of interesting concepts, but it’s probably not a good idea to use it in every situation. Knowing when—and when not—to use Chinese slang is a key part of sounding fluent in your Chinese conversations.

As a general rule, slang should only be used in situations where you know the people you’re talking to well. This can be with friends, family or colleagues you’ve known for a long time. Avoid using slang at formal occasions or when talking to somebody with a higher social or hierarchical position than yourself, such as when talking to a teacher or your superior at work.

If you’d like to hear these Chinese slang words in action—along with colloquialisms, everyday expressions and more—check out FluentU.

It’s not just about exposure, either. FluentU’s learn mode will help you actively study and reinforce your newly-learned Chinese slang with great tools like interactive subtitles, vocabulary lists and multimedia flashcards.

After all this practice with real-world Chinese, you’ll definitely know when and how to use your new favorite slang words in conversations with native speakers!

It’s probably the first word you ever learned in Chinese and it’s also one of the most frequently used. That being said, nǐ hǎo is far from ubiquitous.

Varying your greetings—and using the right greetings for the right circumstances—is another solid way to improve your Chinese conversations.

Be super courteous with 幸会

You wouldn’t greet your boss or potential client with a greeting as basic as “hi” in English, so why use something as simple as “nǐ hǎo!” in Chinese?

There are many better and more courteous ways of greeting people. Using them will greatly nuance your Chinese conversational skills.

Of these, one of the best ways to greet somebody, especially on the first occasion that you meet them, is 幸会 (xìnghuì). This greeting, which translates to something close to “very pleased to meet you!” is often doubled as 幸会幸会 (xìnghuì xìnghuì) to add extra politeness.

Spice up your Chinese with interesting regional greetings

Each part of China has its own local dialect and, of course, many of these dialects have their own unique greetings.

While learning every dialect entirely is beyond the scope of all but the most dedicated of learners, knowing a local greeting or two goes a long way towards making a good first impression.

Here are some local greetings from all around China:

4. Bring a Few Chengyu into Your Chinese Conversations

It’s a sad fact that one of the richest parts of the Chinese language is also one of the hardest for foreigners to learn.

Common sayings, known as chengyu in Chinese, generally consist of 4 characters and are very efficient ways to communicate complex concepts.

The problem? Using them correctly relies on a large amount of background knowledge on Chinese culture, history and mentality. This being said, even using a few chengyu can make a big difference in improving your Chinese conversational ability.

塞翁失马 (sàiwēngshīmǎ)—a loss can turn out to be a gain

While chengyu are a fun way to make your Chinese conversations seem more natural, they’re best used in moderation.

Filling your sentences with somewhat pointlessly used chengyu or ones that only partially fit the circumstance will negate all of the hard work you’ve already put into learning them.

A good rule of thumb: use chengyu only when they reduce the amount you need to say on a given topic.

5. Stop Being so Polite! Be Friendly in Conversation Instead

Another way in which many language learners immediately give themselves away as foreigners in Chinese conversation is through their overall tone.

Due to the fact that most (if not all) Chinese language textbooks teach a very formal and overly-polite way of speaking Chinese, learners can often find themselves getting in the habit of using speech far too formal for a given situation.

To remedy this, you’d do well to use words and sentences which allow you to project a much more friendly attitude.

哥们儿 and other friendly pronouns

One of the easiest ways to sound friendly in Chinese is to use friendly pronouns.

A great one to use, especially when talking to male friends, is 哥们儿 (gē men er). This is similar in meaning and usage to the English word “bro.”

The benefits of friendly Chinese

Obviously, not every occasion calls for informal Chinese. However, using such friendly titles for people is a great way to establish a bond of friendship in many social situations.

Just as in English, these words show your conversation partner that they’re someone who you consider an equal, and thus they’re more likely to be open with you in conversation in the future.

Furthermore, given China’s reliance on deep networks of friendship (guanxi) for many tasks, having a lot of people being friendly with you can pay off very quickly.