If you’ve learned Chinese for a while, you’ll know that in order to learn Mandarin Chinese more efficiently, it’s important to read Chinese stories.

With that in mind, you might be interested to know there are Chinese readers that are interesting and guide you on new Chinese words and constructs.

We came up with some criteria for choosing the best Chinese readers for you, as well as a list of personal recommendations.

Our Criteria for Choosing Chinese Readers

Here’s the specific set of criteria we set out to search with:

With that in mind, we’ve managed to distill that list down to 7 Best Chinese Readers.

Improve Your Mandarin Chinese with These 7 Chinese Readers 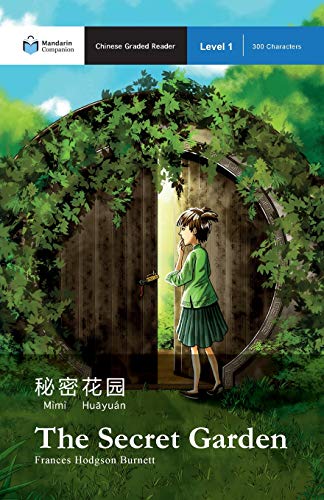 The Mandarin Companion series is a series of readers that really helps promote extensive reading – if you’ve been learning Chinese for a period of time, and are struggling to progress from that level, this series is an excellent way to guide you through reading in Chinese.

Like other graded readers, the main bulk of the series consists of lots of stories. There are lots of great features within the series that help ease the transition into reading if you’re not used to reading fiction in Chinese, like definition annotations  for select words, and some fantastic artwork to help visualise the story.

However, what really stands out for this series is that, while it has many stories, these are excellent story choices for foreigners. Many times over, from a reading perspective, one of the best ways to get started with fiction is to actually read a translated version of a book you’ve already read (and hopefully like!) in your native language.

The Mandarin Companion series does exactly that. 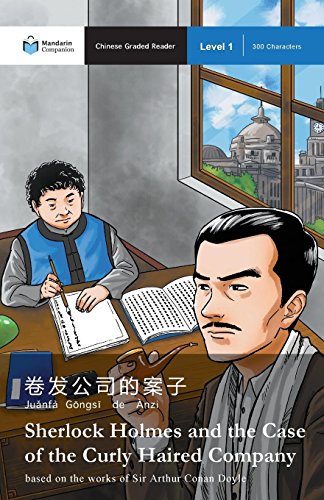 With carefully chosen titles such as Sherlock Holmes and the Case of the Curly Haired Company, The Secret Garden and The Country of the Blind, you’ll not only be exposed to new Chinese words – through the choice of words, you’ll gain a better understanding of the Chinese culture itself.

What’s more, stories are actually adapted to fit the Chinese culture – for instance, for Sherlock Holmes and the Red Headed League, the characters and settings are translated into Chinese counterparts (Sherlock becomes 高明 (gāo míng), Dr. Watson becomes 赵亮 (zhào liàng), etc.), and the story takes place in Shanghai, instead of London.

The texts, of course, aren’t just literal translations of the original volumes – that might be a tad bit too difficult for intermediate learners – these are carefully re-adapted by the Mandarin Companion editors to suit the level of a Chinese learner with good fundamentals, so you’re not rushed into learning tons of new phrases for each novel.

Best of all, these readers are designed around a certain set of vocabulary – using Sherlock Holmes and the Red Headed League as our example again, it was written with about 400 words in mind, so at the end of it, because these words are skillfully woven into novels, you’ll end up not only with an enjoyable read, but with 400 new Chinese words to boot. Not bad for a leisurely reading session.

And if that wasn’t enough, the Chinese Grammar Wiki maintains a page of all the grammar points contained in the Mandarin Companion books. For example, this is the grammar page for the Sherlock Holmes and the Red-Headed League:《卷发公司的案子. The level of detail, rigor, and clarity are of the highest caliber, and for anyone who wants to learn Chinese really well, it’s clear that this is the best reader for them.

And for people learning traditional Characters, you’ll be happy to know that all of the Mandarin Companion books will be available in traditional as well as simplified characters.

With the brilliant artwork, level appropriate stories, dedicated Chinese Grammar Wiki pages, and availability in both simplified and traditional Chinese characters, we believe Mandarin Companion is the best series for Chinese learners who want to expand their Chinese proficiency through reading. 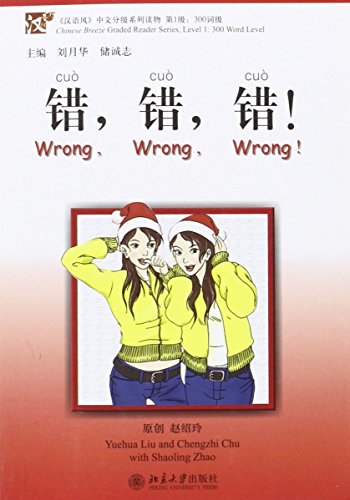 Similar to the Mandarin Companion series, Chinese Breeze is another popular series of Chinese readers among Chinese learners.

While it presents Chinese stories in a similar manner to Mandarin Companion with different levels of difficulty, I’d say that the  stories are a little different – while the Mandarin Companion series are more geared towards fiction stories (as you can probably tell with the titles), the Chinese Breeze series are more varied in genre, with titles such as I Really Want to Find Her, Green Phoenix, Secrets of a Computer Company.

While it doesn’t have the expansive grammar explanations or traditional characters like the Mandarin Companion series, it’s also a good series of Chinese readers for students at an intermediate level or above. 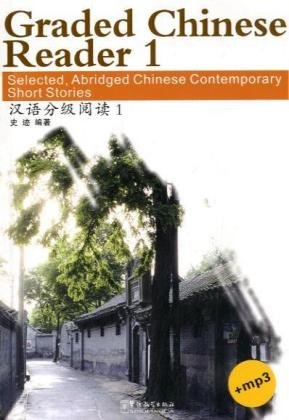 The Graded Chinese Reader is similar in presentation to the two series above, however, I’d place its level to be at an upper intermediate to an advanced level – most stories are not written specifically for Chinese learners – they are taken from real stories written by contemporary Chinese writers.

To give you an idea of the stories you’d read, some sample story titles include: People’s Fish by Su Tong, The Beauty of Ice and Snow by Mo Yan, Buddha’s Worrior Won’t Change by Bi Shumin, White Flower All Over by Liu Qingbang. As you can see, these have a much heavier Chinese flavour than the two series.

Coupled with MP3 recordings, the Graded Chinese Reader series is great for Chinese learners who really want to challenge themselves with some advanced, but guided reading material. 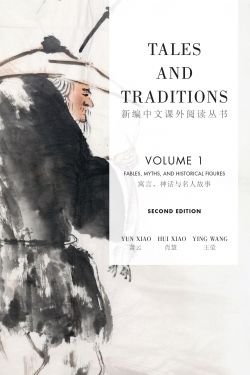 Tales and Traditions is an interesting series in the sense that it’s at an intermediate level (it’s simpler to read than the Graded Chinese Reader series), but the stories that are included are very Chinese cultural oriented.

As a matter of fact, a lot of these stories are actually stories that explain the origin the of chengyu (Chinese idioms), sayings and mystical tales like 杯弓蛇影（mistaking the reflection of a bow for a snake）、朝三暮四（three in the morning and four in the evening）、三人行必有我师（one out of every three must be my mentor）、盘古开天地（Pangu creates the Universe）.

Recommended for Chinese learners who aren’t only interested in learning new Chinese words, but also about Chinese culture.

5.The Lady in the Painting 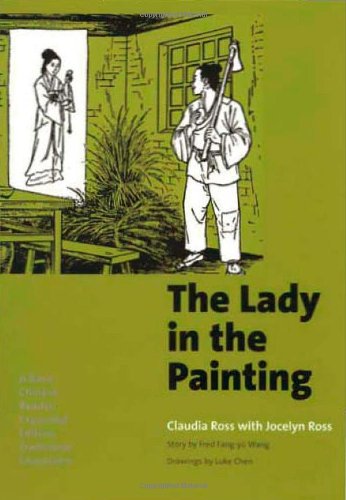 Unlike some readers mentioned here, The Lady in the Painting is a complete story (each chapter isn’t a separate story), but because the story is interesting, I thought it’s worth mentioning in this list.

I won’t ruin the story by telling it here, but alongside each chapter of the story, there are glossaries, as well as structure notes explaining key sentence structures found and introduced with each chapter.

Great for Chinese learners who want a Chinese reader comprised of one complete story. 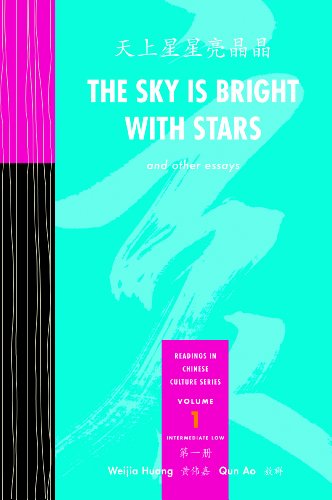 A series that comprises of not only short prose and texts, but also poems, it’s a Chinese reader that really puts the Chinese learner to the real test by presenting material written with more of a literary leaning than linguistic leaning, as with other series presented here.

There are several volumes in this series, and some sample chapter titles include: 为什么尊敬老人（Why respect the elderly’s）、星星的爱情故事（Celestial Love Story）、长城故宫兵马俑（Great Wall, Imperial Palace, Terracotta Warriors）.

An excellent choice for upper intermediate to advanced learners who really want to challenge their Chinese reading ability with higher level prose. 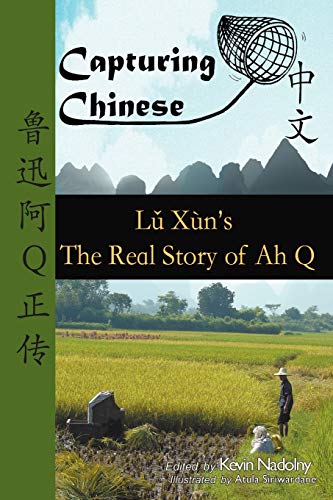 Out of all the Chinese Readers presented here, this might be the most challenging series yet. Taken from texts written by famous contemporary writer 鲁迅 with titles such as 祝福、阿Q正传、呐喊，as well as essays and short stories by revolutionary authors, it presents material on par with prose studied by Chinese high school students.

Coupled with comprehensive annotations to explain words, and cultural aspects of these works, this series is excellent for the advanced Chinese learner with ample Chinese reading experience, who wants to further their Chinese proficiency by reading contemporary prose.

So there we have it – what we consider to be some of the best Chinese Readers.

Hopefully, you’ll have gotten an idea as to what types of stories are presented in each reader, their formats, and why Chinese Readers might be a great way to help learn new Chinese words, and delve deeply into Chinese culture at the same time.

Reading is the essence of learning any language – and I hope you will enjoy taking up reading one of these Chinese readers in guiding you along reading in Chinese.