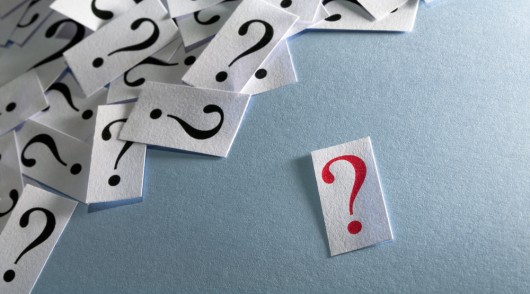 12 Most Commonly Asked Questions about the HSK

(Note: This is Part 4 of our five part series on preparing for the HSK Exam. For a list of all parts, visit our Insider’s Guide to Acing the HSK Exam here.)

Or are you thinking about it?

You’ve come to the right place.

Here are our answers to some of the most commonly asked questions for the HSK.

Where can I take the HSK Test?

There are generally two ways you can take an HSK Test – in person or online. By “online”, I don’t mean that you can take the HSK Test at home – these are still administered in test centers, except you take an online version of the HSK instead of a paper based HSK test.

One reason why you might prefer the online test is that you can type answers – it might be appealing for those who have trouble remembering how to write characters, or prefer to type because it’s faster.

Either way, you can use the online registration to register for the tests – it’s really convenient.

Where can I find out HSK Test dates?

You can visit the official website for the HSK test dates. There’s usually a link on the homepage that leads to the test dates of the year.

Where can I do HSK registration?

When can I find out my HSK Test results?

How can I get my HSK Test certificate?

While the official website doesn’t say anything about receiving the physical HSK certificate (you can check the scores at the published dates of the HSK Test results as I mentioned in the above question), simply contact your test centre you took the test at if you have enquiries and they will help you.

If you hop on over to the website, you’ll see that results are announced about a month after you take the test, so be patient for your certificate to arrive.

Where is the HSK certificate applicable?

The most frequent use of the HSK Test certificate is in an academic context if you want to apply to Chinese universities – I suspect most universities require the top level (with good reason too – the Chinese level required of you in a Chinese university is actually higher than HSK Level 6), but you’ll have to check with each university to see.

For instance, for Fudan University in Shanghai, they require a Level 6 for various degrees.

Or if you’re sat high school exams such as SAT, IB, A-levels, a Level 5 is required, as shown here.

If you’re taking the HSK for employment purposes, please don’t expect employers to know what the HSK Test is. In fact, most haven’t even heard of it. However, you can bet that having a certificate beats saying “I’m proficient in Chinese”, so taking the HSK will be a good testament of your Chinese proficiency, and you can always explain to your potential employers what it is if they aren’t aware.

What is the new HSK test? How is it different from the old one?

Depending on when you’re reading this post, you might have heard of the current HSK test as the “new HSK”.

There’s actually an interesting backdrop to this.

In 2005, the HSK Test became the subject of dispute between Hanban and the BLCU (Beijing Language and Culture University) over who would have control over the test. Hanban is an organisation that aims to promote the Chinese language and culture abroad, part of it includes the administration of the test and the BLCU, a division of which found the HSK.

The result of that internal struggle was the splitting of the test – Hanban would go on to administer the HSK abroad, and BLCU within China. After five years of testing, Hanban eventually won over and the HSK tests it used for foreign candidates are now administered within China, now affectionately known as the “new” HSK exam.

So what’s the difference between the old and the new HSK?

If I have to sum it up, I’d say that the new HSK is easier than the old HSK!

The old HSK test was often criticised for being impractical and using too many esoteric words. So the new test, now with practicality as its major focus, contains less of these uncommon words – which is why it’s easier.

New test formats have been introduced, grading system re-designed, and writing has a much heavier weighting in the new test.

You might also be interested in would be the conversion chart between the old HSK and new HSK grades.

You can see that here.

Who grades the HSK Tests?

After candidates complete the test papers, these are then mailed back (or if online, submitted) to Beijing for grading in the HSK headquarters. That’s the reason why it takes so long for the results to arrive – the test centers which administer the tests do not grade the test papers.

What if I fail the HSK Test? Can I retake it?

There are no ramifications if you fail…and certainly, you can retake it as many times as you wish.

For how long is my HSK certificate valid?

The HSK certificate is valid indefinitely.

However, for academic purposes, it is valid for two years from the date the exam was taken. So if you’re applying for a Chinese university, your HSK certificate will only be good for two years.

How do HSK levels compare to the CEFR proficiency levels?

Hanban claims that the HSK levels have a one to one correspondence to the CEFR (Common European Framework of Reference for Languages) levels, HSK’s Levels 1 – 6 to CEFR’s A1 (Beginner) – C2 (Mastery).

However, there has been dispute over this claim, for instance, the Fachverband Chinesisch in Germany (an organisation similar to the Confucius Institute) thinks that the Level 6 of HSK is only equivalent to a B2 level in the CEFR.

I happen to agree with this.

In my opinion, levels C1 or C2 are really near-native, if not native levels of proficiency in a language. As an example, a person who has attained a C2 level of proficiency “Can understand with ease virtually everything heard or read. Can summarise information from different spoken and written sources, reconstructing arguments and accounts in a coherent presentation. Can express him/herself spontaneously, very fluently and precisely, differentiating finer shades of meaning even in more complex situations.”

Unfortunately, the HSK test seems to be sorely lacking in the last statement, especially the second half of the clause “differentiating finer shades of meaning even in more complex situations”. In order to do that, you would need to be relatively well read, and the level of reading that is tested in the Level 6 tests seem to fall short of testing this particular standard.

To top that off, I also consider 5,000 words to be a low estimate of the vocabulary needed to be considered at a “near native” or native level. For starters, no emphasis is placed on areas like idiomatic expressions and sophisticated vocabulary.

Anyway, that’s about it for the HSK Test FAQ’s!

With all the technical details out of the way, we’ve saved the best for last – our editors’ picks for some of the best HSK resources for exam preparation – stay tuned for our final installment in the series – Part V: Top 54 Resources to Help You Prepare for the HSK!