How to Type Spanish Accents, no Matter What Device You Use

All things considered, Spanish is fairly easy to learn.

But those strange accent marks might be making you scratch your head.

The good news is that all of those accent marks, despite being so essential, are very easy to understand and simple to use.

Let’s take a moment to examine what Spanish accent marks are and learn how to type them. It’s not as complicated as you might think!

Why Does Spanish Use Accent Marks?

Accents are used in Spanish for two reasons—and neither of them is to confuse you!

Actually, they do a super job of clarifying the language. They do that by showing where a word is emphasized or showing the difference between identically spelled words.

Standard word stress without an accent mark is simple and falls into one of two categories:

1. If a word ends in n, s or any of the five vowels, put the emphasis on the second to last syllable of the word. Zapatos (shoes) is a good example of this rule.

2. When a word doesn’t end in n, s or any of the five vowels, place the emphasis on the last syllable of the word as in leer (to read).

If the emphasis is anywhere else in a word, you use an accent symbol to indicate it. For example, tía (aunt) and tío (uncle) put the stress on the first syllables, so they get an accent mark.

Other cases that involve using accents include question words, which are:

A rule to remember with question words: Use the accent when the word asks a question but when it’s making a statement, leave the accent mark out.

¿Por qué estás comiendo pastel? (Why are you eating cake?)

What Spanish Accents Are There?

All vowels—a, e, i, o and u—have the ability in Spanish to become a little bit “extra”—that is, to be accented.

Next, we have the n that becomes ñ. The n with a tilde over it became part of the Spanish written alphabet in the 12th century. Even today, it’s one of the most distinctive features of written Spanish!

Words containing the ñ have the characteristic of one letter sounding like two. What I mean is, the ñ sounds like the English pronunciation of “ny” which means it’s a two-for-one letter! Mono (monkey) becomes moño (topknot or hair bun) with the addition of the tilde, and you definitely don’t want to leave out the tilde in año (year), as that makes an entirely different and wholly inappropriate word to use in polite company. One little mark makes a big difference!

The ü, a u with diaeresis—the two dots above the u—is rare but does make an appearance, so it’s necessary to be aware of its existence. It sounds similar to the English w when it’s used in a word.

My favorite word containing a ü is bilingüe (bilingual)—but that’s not surprising, is it? I imagine a lot of us love that word!

Now that we’ve covered all the Spanish accent marks, we can focus on how to type them correctly—and with minimal fuss!

There are several options for placing accents in your Spanish writing if you’re using a computer keyboard.

The cryptic codes table is a bit clunky but it gets the job done. It’s been the go-to solution for writing Spanish accents marks for so long that many know the combinations by heart!

Use the numeric keyboard side of your keyboard to make the magic happen. For Windows computers, just press the ALT key plus the corresponding number to get the individual accented letters:

For Macs, use these codes, instead: 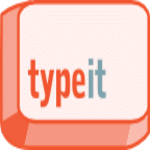 It’s possible to take a shortcut to get Spanish accents without a Spanish keyboard and without memorizing a code. Use TypeIt to type short Spanish passages, then cut and paste what you’ve written into your document, file or letter.

The text field at this resource lets you write as usual and simply tap appropriate Spanish accented letters as you need them. They appear in whatever you’re writing instantly—it doesn’t get much easier than this!

For Windows, go to the control panel. Hit “Change Input Method” and click on the “Languages” option. Then choose “United States International” as your default language. Click OK and you’re all set!

If you use a Mac, there’s a super video tutorial to walk you through the process.

Using the international keyboard is a snap once you get the hang of what’s referred to as the “right-Alt method,” which sounds considerably more involved than it actually is.

This approach works on most keyboards and once you’ve gotten used to doing it, the whole endeavor becomes second nature!

Adding a Spanish Keyboard to Your Phone

Most of us don’t leave home without our phones. And if you’re a Spanish language learner, you know that your phone is a valuable resource. It’s a great spot for vocabulary building with translation apps, squeezing in some listening practice by watching movies or to power up writing practice with chat and text conversations.

So if you’re going to be chatting or texting in Spanish you’ll need to know how to make the accent marks appear.

Go to Settings>General>Keyboard. Tap on “Keyboards.”

Choose to add the Spanish keyboard from the list of available keyboards and you’re in business! Every accent mark (punctuation points, too) will appear on the keyboard.

To switch between the English and Spanish, tap the globe icon and you’ll see the list of keyboards you’ve accessed on your phone.

If you’re an Android user it’s just as easy to pull up a Spanish keyboard on your phone.

Go to Settings>Languages. Depending on your device, you may need to disable the “use system languages” switch but once you do that you’ll have the option of inputting the other languages that appear on your screen.

Hit the switch beside Spanish to add it then return to the home screen.

To access the Spanish keyboard, swipe to the side on the space key. Swipe the other way to go back to English.

Spanish accent marks may look confusing at first but Spanish is a clear-cut language.

Remember, it’s a language that’s spoken by over 500 million people worldwide! Most of them have mastered accent marks—and you can, too!

Believe me, once you understand the rules about accents you’ll have no problem using every one of them! I speak from experience—don’t let the accent marks intimidate you.

Configure your keyboards and write with ease.

We all realize that becoming fluent in a language requires practicing all skills. So write in Spanish, then read what’s on the screen.

In fact, reading along to Spanish transcripts while listening to the language, such as with subtitled videos, could help you finally master all these accent marks for good. You get multiple contexts (visual, audio and textual) so that you have a greater chance of remembering them.

Built-in transcripts can be found in a number of language learning programs as well. One example is FluentU, which uses a library of authentic Spanish videos equipped with transcripts and interactive subtitles so that you can learn vocabulary in context. You can then practice properly spelling and speaking words, accented or not, with personalized quizzes.

Listen and practice correct pronunciation—so you’ll be speaking like a true Spaniard in no time!

Have fun and good luck!