It’s the most wonderful time of the year.

The time when everything from television and radio to shopping malls become dazzled with Christmas music and decorations.

If you’re like us, you always get super excited for Christmas movies and holiday television specials once December hits.

While many of us are familiar with the American Christmas classics such as “It’s a Wonderful Life,” “Elf” and “A Christmas Story,” there are many heartwarming and action-packed Spanish Christmas films worth watching this season.

Watching movies in Spanish not only brings context to your new vocabulary words and phrases, but it also helps you understand cultures. So if you’re feeling festive and want to practice your Spanish skills this holiday, you’ll absolutely love watching a Spanish Christmas movie!

We’ve hand-picked eight of the best Spanish language holiday films for you to watch this winter. But, before you get the popcorn popping and get cozy on the couch, here are some helpful tips to enhance your learning.

Tips for Getting the Most Out of Spanish Christmas Movies

Subtitles are a luxury you won’t find in real-life situations. Watching a movie without subtitles provides a natural listening scenario, which will challenge your brain and help you get better at listening to native speakers.

Watch a Christmas film with Spanish subtitles and take photos of the words and phrases you aren’t familiar with. After watching, you can use them to make flashcards so you can practice regularly. Not only will you have the text, but you’ll have visual imagery as well, which can provide added context that makes it easier to remember the word.

Don’t have a camera? If you’re watching on a phone, tablet or computer, you can take a screenshot.

Choose one topic as your focus

Before watching, choose one topic to focus on while you watch the movie. Make sure your chosen topic fits your level and what you’ve been working on lately. For example, you could listen for Christmas vocabulary, Christmas cultural traditions, adjectives or the subjunctive.

Write down some words, phrases or conjugations (related to your topic) ahead of time and listen for usage throughout the movie. Another option is to make a list while watching, as you hear words in your topic. Even if you aren’t sure of the meaning, write down the word so you can look it up after the movie.

Listening for certain words and phrases will keep you more actively engaged throughout the film. The more involved you are, the more information you’ll retain.

If you come across something you just didn’t understand, don’t hesitate to rewind the film and watch it again. Pay close attention when you rewatch. Think of it like a mystery you’re trying to solve. Use the words you do know and combine them with the context and visual imagery to help you infer meanings.

Watch with a language learning friend

Enhance your movie experience by watching with a friend who’s also learning Spanish. More than likely, the two of you will notice and understand different things. You can ask each other clarifying questions during the film and discuss the film afterwards (preferably in Spanish).

If you’re lucky enough to have a friend who is a native speaker, invite him or her over to watch a favorite holiday film. Don’t be afraid to ask questions if you don’t understand something. Most people are excited that you’re interested in their language, so they’ll be more than happy to help you.

Write a movie review in Spanish

After watching, play critic and write a movie review of the film in Spanish. This will gauge your memory and understanding of the film, while helping you practice your Spanish writing skills.

First, try writing completely from memory without using a dictionary or your notes. After you’ve written your first draft, then go back and check your accuracy and make appropriate changes. This is a great opportunity to use the new words you wrote down while watching, or the grammar topic you were focusing on.

Now that you’re armed with effective strategies, here are eight of our Spanish holiday favorites to enhance your language learning experience. 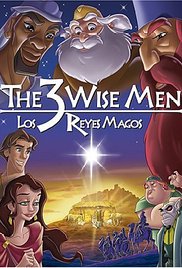 “Los Reyes Magos” is a 2003 Spanish animated film about the Three Kings (also known as the Magi) who deliver the gifts of frankincense, gold and myrrh to baby Jesus in spite of wicked King Herod’s plan to stop their mission. This modern day take on the biblical legend is fun, fresh and family-friendly.

Written for children, the language is basic and easy to understand, making it perfect for Spanish language learners. Based on the nativity story, the plot will be at least somewhat familiar to most, which can help you follow the story even when you don’t understand the language.

“Los Reyes Magos” was also released in the United States as “The Three Wise Men.” Try watching the film in English afterwards so you can gauge how well you understood the Spanish. 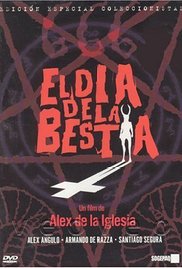 “El Día de la Bestia” is not your average Christmas movie. Sure, it takes place during the Christmas season. But you won’t find Christmas carolers and heartwarming family dinners in this black comedy horror film.

This 1995 film tells the story of a Basque priest who decodes a prophecy revealing that the anti-Christ will be born on Christmas Day. He decides to sell his soul by committing as many sins as possible so that he can kill the baby at birth and prevent it from destroying the world.

This action-packed flick is an excellent choice, as the high level of activity will be sure to keep you engaged—even when you’re not comprehending the dialogue. 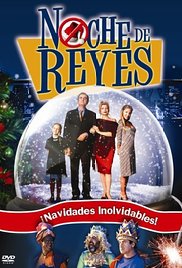 “Noche de Reyes” is a 2001 Christmas comedy about the Cuspineda family. The film showcases average family troubles including business decisions, marital affairs and misunderstandings. Most of the movie’s action takes place at night, hence the title.

This quirky holiday film is full of misfortunes and sincerities. “Noche de Reyes” provides you with an up close and personal look at family life in 21st century Spain. Though much of the film is a stretch on reality, the emotion is believable and the jokes are funny. 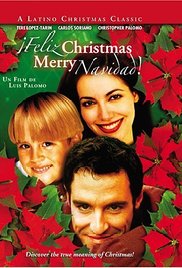 “Feliz Christmas, Merry Navidad” is a 1999 Mexican Christmas film originally released in Mexico and the USA. As the title suggests, this movie is filled with Spanglish. In this cross-cultural holiday story, a mother and son leave their Florida home to spend Christmas with their family in Mexico, and in doing so discover the true meaning of family, friendship and Christmas.

This kid-friendly film is an excellent choice for young Spanish language learners looking for a family movie. The mix of Spanish and English throughout the film make it an ideal selection for beginners as well. This movie also provides viewers with an enhanced perspective on Mexican cultural and holiday traditions. 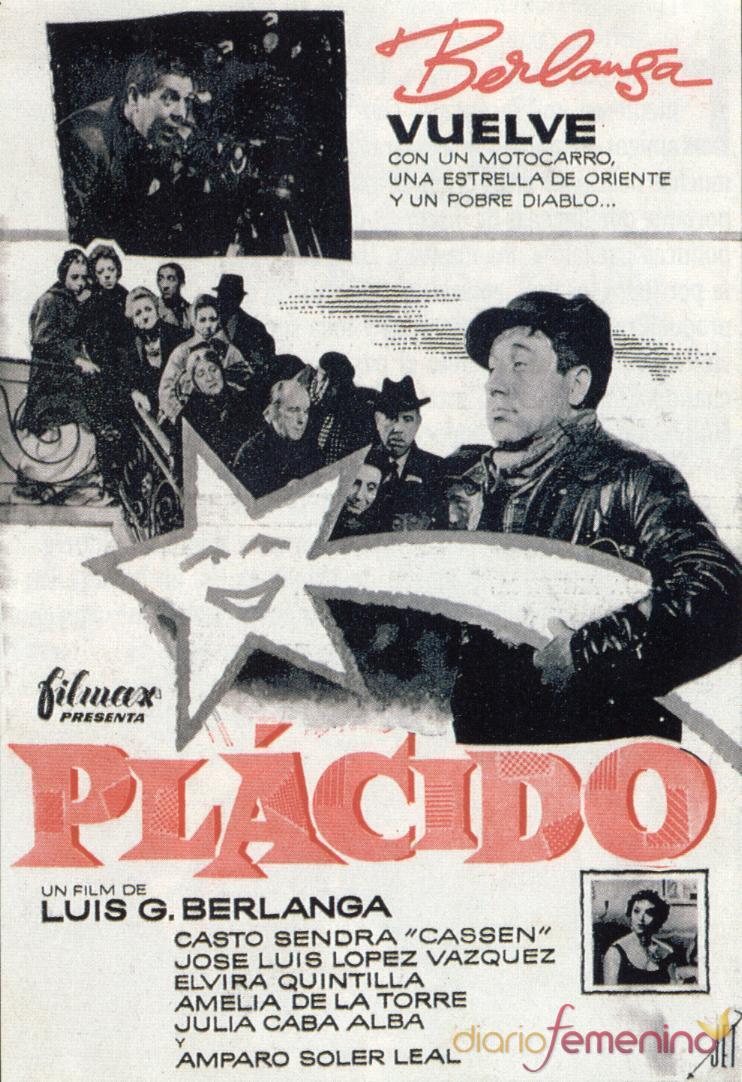 “Plácido” is a 1961 Spanish satire comedy film that takes place on Christmas Eve. This film creatively showcases the difference between false charity and genuine giving. In this film, the wealthy townsfolk reluctantly take on a charity initiative to bring a homeless person home to dinner. They do so not out of pure heart, but rather for the sake of appearance.

Meanwhile a truck driver named Plácido is working for the charity organization as a means of paying an overdue payment on his truck. Considering himself poor, Plácido gains a new perspective of his life as he encounters the less fortunate.

“Plácido” was nominated for an Academy Award as best foreign language film, making it a popular movie for Spanish language learners. This black-and-white flick is great for those seeking a classic film experience. It also provides the viewer with a glimpse at social mobility and classism in 1950s Spain. The film was inspired by an actual charitable campaign entitled Siente un pobre a su mesa (Take a poor person home to dinner).

Subtitles for this film are difficult to find, so you’ll definitely put your Spanish listening skills to the test with this one. 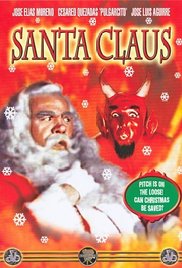 “Santa Claus” is a 1959 Mexican fantasy film where Santa works in outer space and has to battle a demon named Pitch sent to Earth by Lucifer to kill Santa, ruin Christmas and make children commit evil acts.

If you’re looking for an atypical Christmas classic, give “Santa Claus” a shot. The English-dubbed version was released in the United States in 1960, so you can watch in English as well as Spanish.

“El Expreso Polar” is a 2004 animated musical film about a young boy who embarks on a magical journey to the North Pole via the Polar Express. Through his voyage, the boy transforms his doubt into belief and learns the true spirit of Christmas.

Okay, so this one isn’t an original Spanish film, but why not watch the Spanish dubbed version? It’s a great choice for Spanish language learners for a few reasons.

First, it’s easily accessible. Most DVDs will have the option of changing the language. So if you already own the English version, you can just go to the settings and switch it to Spanish. Second, it’s made for children, so the language is fairly basic. Third, if you’ve already seen it in English, you’ll have a better grasp of what’s going on when you watch in Spanish.

If you haven’t seen it yet, try watching in Spanish first and then following up in English to test your understanding. The film is based on a book of the same title, so if you’re feeling really ambitious, you can read the story in Spanish by buying it on Amazon after you watch the movie. 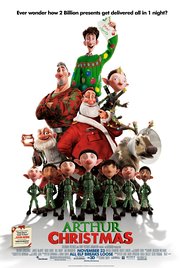 “Operación Regalo” (Arthur Christmas) is a British-American animated Christmas comedy film about Santa’s clumsy son Arthur Claus who discovers that Santa’s high tech delivery system failed to deliver one child’s present. On a mission to save her Christmas, Arthur sets off to deliver her missed present in just two short hours.

This is another great Christmas film to watch dubbed in Spanish. Because it’s a children’s film, the language isn’t too complicated, making it a good movie for beginners. Again, if you’ve already seen it in English, you’ll have an advantage of knowing the plot, and if you haven’t seen it yet, you can watch in Spanish first and follow up in English.

What are you waiting for? Watch, learn and enjoy the holidays! ¡Feliz Navidad!

Brittany Tackett, MA is a freelance writer, tutor, transformational life coach, world traveler and Spanish language enthusiast. She took her first Spanish course at the age of 14 and has been fascinated with the language and culture ever since. Learn more about Brittany and her services on her website.