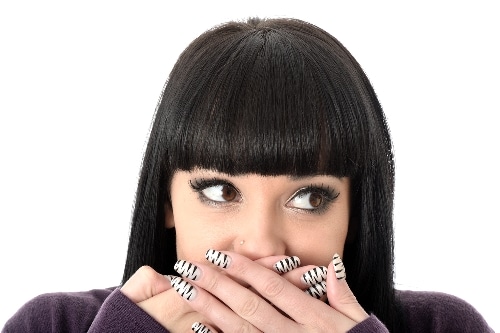 Nailed the basics and ready to have some serious Spanish heart-to-hearts?

Don’t let typical Spanish mistakes get in the way.

Not only can language goofs distract people from what you’re saying—they can seriously mess with your confidence.

Reaching this level of conversation in a foreign language is so satisfying.

This is the stage of language learning where the pieces of the puzzle start to fall into place, where you begin to recognize structures and phrases and it all—finally!—begins to make sense.

However, this is also the stage where you’ll need to overcome those commonly-made mistakes and train yourself to speak correctly.

Intermediate speakers of Spanish often make similar errors, so we’ve jotted down some tips on how to improve your conversational Spanish while clearing up the common confusions that you’ll encounter in everyday speech.

1. Get the Subjunctive Right

The subjunctive is hugely important in Spanish.

This can often be quite difficult for Spanish learners, and it’s especially painful for native English speakers because the use of the subjunctive in English is far less common than in Spanish.

The good news about having reached an intermediate level is that you’ll naturally begin to incorporate the subjunctive as you speak. You’ll begin to recognize when it’s needed and how to construct it. That’s because you’re becoming more familiar with how good Spanish sounds.

If you’re still having doubts, here are some quick tips for getting it right.

When to use it?

By now you’ve probably heard that the subjunctive isn’t a tense but a mood.

This makes it slightly more difficult to know when to use it, as there’s no specific timeframe for the action you’re describing.

Put simply, the subjunctive is used to express doubts, unreal situations, uncertainty, wishes, desires, emotions and abstract concepts. Look at the two examples below and they’ll explain this a bit more:

The subjunctive isn’t used here because this is a statement of fact.

Yo dudo que Lucia tenga un gato. (I doubt Lucia has a cat.)

Here, the subjunctive form tenga is used because doubt or desire is introduced. There’s also a number of common phrases that are always followed by the subjunctive, such as:

…and there are many, many more!

How to construct subjunctive?

For any verbs with irregular yo forms like tener—which is tengo in first person—simply repeat this process. So, it would be yo tenga, tú tengas, etc.

2. Sort Out Your Pronouns

Pronouns are tricky and even advanced speakers still make mistakes with them, so it’s important to put in the time with them at this stage so you can feel confident moving forward.

Pronouns in Spanish are very different from pronouns in English. They can be moved around in the structure of the sentence and are usually tacked onto the verb. This applies to both direct and indirect pronouns, as outlined below.

A direct object pronoun refers to the object that receives the action of the verb. It can be a person or a thing. The words in bold are the direct objects in the following sentences:

Here’s a list of direct object pronouns and their English equivalents.

He tells the story to Paul.

They give the pen to us.

Here’s a list of indirect object pronouns and their English equivalents:

In the second example above, the Spanish translation would be “Ellos nos dan la pluma.”

This can all get a bit confusing, so here are two helpful videos!

Once you reach an intermediate level of Spanish, one of the best ways to progress is to listen to how the natives say things.

Understanding is half the battle and paying attention to native speakers will boost your fluency and accent.

Also, because Spanish is spoken differently depending on where you go, observing the speech of the locals will allow you to recognize the regional dialect, equipping you with a bigger linguistic arsenal.

Here are some fun ways to get to grips with the local lingo:

4. Watch Out for Genders

This concept is extra hard for native English speakers (and other speakers of more gender-neutral languages) to learn.

Nouns in English don’t have genders, so it seems like an insurmountable task to remember whether every single noun you learn is masculine or feminine, not to mention choosing the correct corresponding article and adjective to go with the noun. We often forget that the adjective has to agree with the gender of the noun.

But there are a few handy tips to help you remember.

Another tricky one is el agua (the water), which is actually feminine but takes the masculine article to avoid the strange sound of the double a. The adjectives that go with water will be feminine, for example: el agua fría (the cold water).

Never be afraid to ask for confirmation on the gender of a noun. Once you know what’s going on with that noun, jot it down in a notebook so you don’t forget it.

5. Brush Up on Your Vocab

Having a large well of vocab to draw on will make your Spanish sound so much more impressive. Basic household and everyday items, along with their genders, should be easy by now—but there’s always room for improvement.

Particular things to pay attention to are local phrases, slang words and jargon.

We all know how connected we are these days, so putting your phone or computer in Spanish is a quick and easy way to assimilate lots of new words and phrases into your vocabulary on a daily (or even hourly) basis.

Slang varies from country to country, but it can help a lot with both your conversational skills and your understanding of regional Spanish when you begin to recognize slang words and incorporate them into your conversation. This brings you one step closer to sounding like a local!

Easy things are typical colloquialisms like vale, dale and sale, which mean “okay” in Spain, Mexico and Argentina respectively.

Some more helpful words are chido, chévere and copado which mean “cool” in Mexico, Colombia/Ecuador and Argentina respectively.

Be careful when using more casual slang terms, as often the use of these will depend on your relationship with the person you’re talking to and can be easily misinterpreted if said in the wrong tone. You want to make friends, not enemies!

So now that you know how to conquer these common Spanish mistakes and build your conversation skills, it’s time to get out there and practice until you’ve advanced to advanced Spanish!

Believe Your Ears: These 7 Advanced Spanish Podcasts Will Get You Fluent Faster
All the Spanish Text Message Slang You’ll Need to Send Gr8 Texts 2 Ur BFF