Want to immerse yourself in Spanish language and culture from home?

Literature gives you experience viewing the world through other people’s eyes.

You’ll come to understand life through another culture’s lens.

This is something I wished I’d done before living abroad, both to hone critical Spanish language skills and prepare for choque cultural (culture shock).

When I moved to Argentina, I was a freshman in high school.

Until then, I always thought that the classics (you know, like “The Great Gatsby,” “To Kill a Mockingbird,” “Great Expectations” etc.) were a snooze fest.

I would much rather have been reading “The Hunger Games” or “Harry Potter and the Prisoner of Azkaban.”

When my Spanish teacher told us we were going to spend the year studying Spanish authors I just felt my heart sink.

As I became more accustomed to Spanish language writing styles, I fell more and more in love with the stories and their power to teach me.

Believe it or not, I ended up getting my degree in English—mostly to study the differences between Spanish and English literature.

Now I’m sharing what inspired me to love learning through literature. There were several authors and stories that we studied that have always stuck with me and have become some of my personal favorites.

Hopefully they’ll soon become some of your favorites as well! 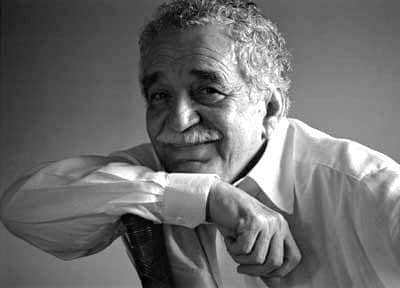 Márquez was a well-known Spanish author who hailed from Colombia.

Márquez died recently, but has left a legacy of stories. He’s known for writing stories in the magical realism genre and produced myriad short stories, poems and essays.

Many of his works center around war or times of war and conflict between two opposing sides. Civil unrest is seen in his short story, “Un día de estos” (“One of These Days”). The title provides insight into the revenge that Márquez addresses.

“Un día de estos” is about a country dentist. This dentist is a nobody. Don Aurelio Escovar is a “dentista sin título,” (a dentist without a title). Everything about him is plain and unadorned.

One day the mayor comes into his office to have a tooth pulled. As soon as the mayor walks in, you know that Escovar doesn’t agree with this man’s political agenda. He tries to dodge the mayor by telling his son to tell the mayor that he’s not in the office. However, Escovar is unsuccessful and finds the mayor in his chair, much like Sweeney Todd.

The remainder of the story takes place with the mayor in Escovar’s chair. What makes this story so incredible isn’t what’s written, but what goes unsaid. Escovar has the mayor, who’s in a lot of pain, at his mercy. Should he exact his revenge? Should he let the mayor go? Would his family be in danger if he does hurt the mayor?

Even if your Spanish is still in its early stages, take the time to work through this story. I promise, it’s worth it! 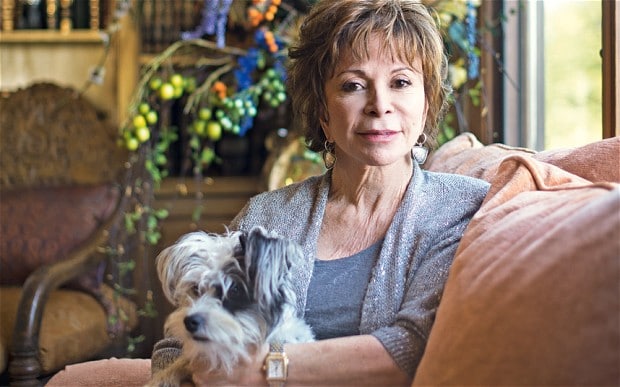 Allende is a Chilean novelist. Her uncle was the famous Salvador Allende, former president of Chile. Allende has written many things in the magical realism style. One of her most famous works is “La casa de los espíritus” (“The House of the Spirits”).

Let me take a moment and explain magical realism, since I’ve already mentioned it twice now. This is a style that’s commonly used in Spanish literature and isn’t really seen in English literature. There are some parallels, but it’s used very often and very heavily in Spanish writings.

Basically magical realism is a story that’s set in the real world, but has magical elements. These can be something as simple as a girl who was born with green hair or something as fantastic as a man who lives on the moon for several years.

In magical realism, the characters are aware of the fantastic things that are happening, but they aren’t out of the ordinary. The magical aspects are accepted as a part of life, just like gravity.

This novel has a lot going on in it. It focuses on Clara and Rosa, who were born with green hair, and their journeys through life. Also common in Spanish literature is the theme of generations. The book starts with one generation and ends with another, but the narrative is never broken. It’s an interesting thing found often in Spanish literature. “La casa de los espíritus” is set in a time of political unrest and that plays a large part in the conflicts in Clara and Rosa’s lives.

I won’t go into too much detail as to spoil the novel, but if you do decide to read this book, be ready for an adventure.

The best part is that this book is available in Spanish and in English. Hop on Amazon, buy one copy in each language and read them side-by-side. Your Spanish will improve and you’ll have fun reading this amazing story at the same time. 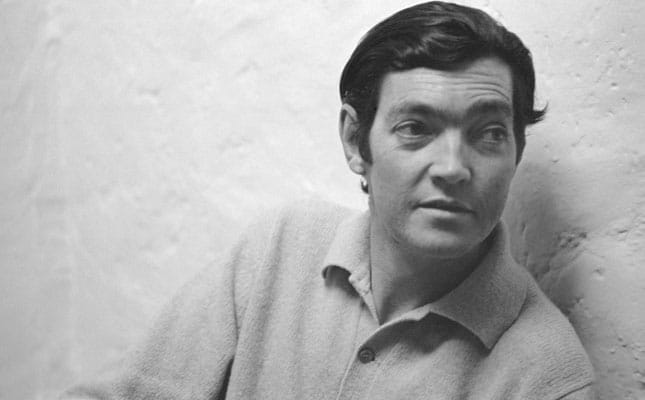 There’s a tender spot in my heart for any Argentinian author because I spent a few years in Buenos Aires. Cortázar is no exception.

Cortázar was born in Belgium while his parents were there. Several years later they moved back to Argentina where Cortázar grew up.

Cortázar then traveled around the world and spent quite a bit of time in Paris, France. His writing style is unique in that some stories are linear and some stories aren’t linear. Cortázar wrote mostly short stories and is often compared to Jorge Luis Borges, another Argentinian author.

In 1984 Cortázar died. Before he died he was able to write over 20 stories which he left as his legacy.

“Continuidad de los parques” will take you on a trip. I had to read and re-read this one several times before I understood exactly what happened.

The story starts out with a man sitting in a green chair and reading a book about two lovers. Simple enough? This short story is only a few paragraphs long, but the ending will leave you with your mouth hanging open. 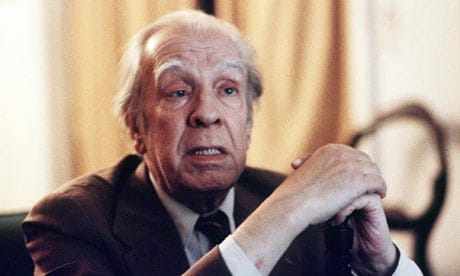 Borges is another Argentinian author and is one of the most well-known authors of Latin America.

While Borges is known for his stories and poems, he was also a philosopher and essayist. When Borges was in his 50’s he went blind. It’s said by many critics that it was this blindness that really opened up Borges’ writing. Now that he could no longer see, he was able to create images for his readers unlike ever before.

Borges wrote fantasy and magical realism stories as well. Most of his stories could be considered fables, meaning they have a lesson to be learned at the end of the tale.

“Los dos reyes y los dos laberintos” (“The Two Kings and the Two Labyrinths”) is one of my favorite stories by Borges. In this short story, Borges presents two kings who are enemies, a Babylonian king and an Arab king.

What I think is so great about this story is how Borges plays off of the idea that there are many labyrinths. Borges is very good at creating situations like these where two things seem very different but in the end they’re the same. 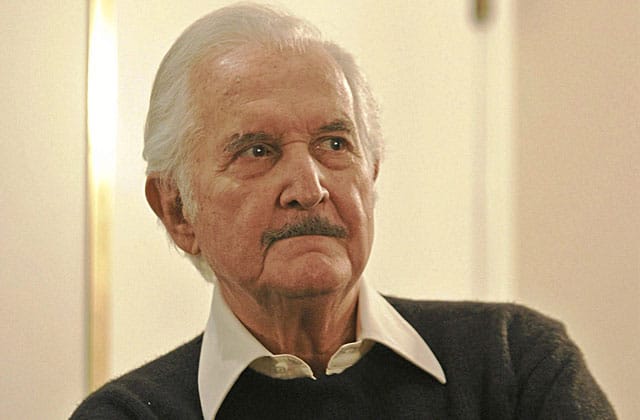 During the 1960’s and 1970’s there was a boom in Spanish literature. Many of the authors already mentioned were a part of that boom which is why their work is still so popular today. Carlos Fuentes played a very large role in this boom.

A Mexico native, Fuentes has written many novels and essays.

He was particularly well-known for writing about revolutions and revolutionary ideas. He specifically addresses how during revolutions people will start with one strong idea and then that idea will be corrupted and even forgotten during the revolution.

One of his novels, “The Old Gringo,” addresses these themes. It’s a story about, you guessed it, an old gringo who’s in Mexico amid the Mexican revolution. We also meet Arroyo, a Mexican general who fully supports the revolution and the ideas associated with it. However, over the course of the novel these ideals are forgotten and he chooses a different path completely.

Not only was Juan Rulfo a writer, but he was also a photographer. In some ways he was a bit of a renaissance man.

Rulfo was raised in the countryside of Mexico. This rural upbringing is shown throughout his literature as he portrays how the Mexican revolution affected those living in rural areas.

Hailing from Mexico, Rulfo wrote many short stories and compiled them into a book called “El llano en llamas” (“The Burning Plain and Other Stories”). He’s also known for his novel “Pedro Páramo.”

In Pedro Páramo, Rulfo explores the themes of hope and despair. These are two themes that show up over and over again through his writings.

So there you have it. Some of my personal favorite authors and their works. If you’re feeling really ambitious about expanding your Spanish literary library, check out Horacio Quiroga and Federico García Lorca too.

If you have a hard time reading the literature, don’t be discouraged. Take this as a golden opportunity. This is a great way to improve your Spanish.

As you go through, take your time and don’t beat yourself up if you don’t know every single word on every single page.

Just enjoy reading the stories and allow yourself to get lost in the narratives. Over time your confidence will grow.