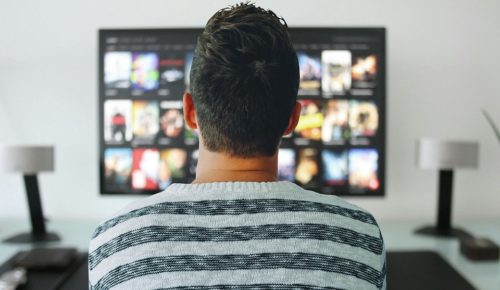 Stream Away! How to Navigate Netflix for Learning Languages

Grab the popcorn! Turn out the lights! It’s movie time!

Except we’re not at the movie theater—we’re snuggled under a blanket at home.

It’s quite likely that you, along with more than 100 million other people in the world, subscribe to Netflix. It’s an increasingly popular way to watch your favorite movies and TV shows at a time that suits you.

With the site being available in most countries, Netflix has been widening its material in languages other than English for years, and no doubt it will continue to do so. So whether you’re binge-watching in Belgium, being a couch potato in Colombia or chilling in China, you can find something for you.

Yes, Netflix is great for entertainment around the globe. But as a language learner, how can you use this to your advantage?

Well, we’re about to cover some tips for making the most of all this material, but let’s start at the beginning.

Here’s how to get everything set up right on your Netflix account and get yourself ready for success.


Stream Away! How to Navigate Netflix for Learning Languages

How to Use Netflix for Viewing in Your Target Language

Change the language on your profile.

Doing this will ensure you have access to as much material as possible in your target language. If you go to change the audio or subtitles on a movie, you’ll only see five or so options—but that doesn’t mean it doesn’t have more! You can only be sure of seeing whether a piece of content is available in your language by having the correct language on your profile.

Changing your language on your profile also has the extra advantage of training you in the vocabulary on the interface!

You can only do this on your computer. Log in on the desktop version of Netflix, go to “Account,” scroll down to “My Profile” and change the language to your whichever one you want.

Tip: If you don’t want to have Netflix in your target language at all times, you can create an extra profile—e.g., “James (German)”—to use when you want to practice. You can even have multiple profiles in different languages if you’re learning more than one.

Now choose something to watch.

Even after you’ve changed the language, Netflix still has different shows and movies available depending on what territory you’re watching from. If you want to find out what’s available in your country and in what languages, check out unogs.com. This makes it easier to see at a glance what might be helpful for you.

Depending on your target language(s), you may also find one or more of these lists helpful:

The audio and/or subtitles might not be quite right yet—don’t worry! All you have to do is…

Under the progress bar, you can click on the languages button—a little speech bubble—and choose the audio and subtitle languages you desire.

You’re ready to go! But hold your horses. How do you really get the most out of it?

Something to remember is that, although you can choose from 22 languages, Netflix is still very English-focused. Not every film or TV show is available in the language you’re trying to learn.

The key, then, is to find shows and movies that have audio or subtitles in your target language. Even then, simply watching a movie isn’t likely to make all the language sink in, so you’ll need to get a bit more focused. There’s some great advice here about really studying a movie and making it valuable. 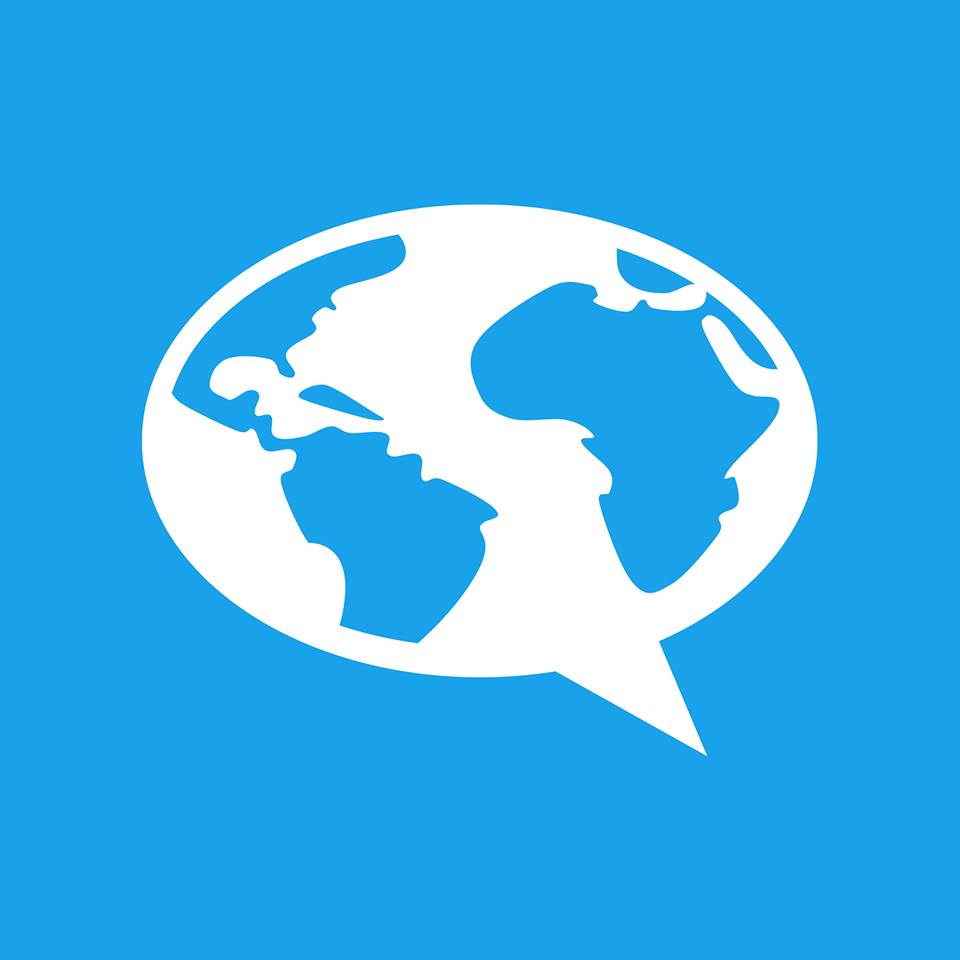 You can also benefit greatly from using FluentU in addition to Netflix, because it gives you a concrete way of learning from shorter videos. FluentU takes real-world videos—like movie trailers, music videos, news and inspiring talks—and turns them into personalized language lessons. Both intensive and extensive listening (and reading) practice are important in language learning, and between FluentU and Netflix, you can easily cover both.

For Netflix specifically, follow the advice below to get the most out of your watching experience.

Watch movies or shows made in your target language.

This is the ideal situation—you get the full cultural and language experience with no terrible dubbing or awkward subtitles.

Try searching for content in your target language—for example, “Korean language movies”—and seeing what comes up. It probably goes without saying that the languages you’ll be able to find the most content for will be those from countries with large and developed film industries. You’ll have more luck with Spanish and French than Xhosa or Quechua!

Also keep in mind that there may be unfamiliar dialects from film to film. If you’ve been learning mainly Mexican Spanish and then you watch a European Spanish film, expect that some of the dialect and accents will be different from what you’re used to.

Tip: Treat this like a class exercise. At the end of a scene, challenge yourself to summarize the events of what you’ve just watched. Then go and watch it again to see if you still think the same.

Watch movies or shows with target language audio only.

You can switch the audio on shows made in English or other languages to that of your target language. This is great if you’re already pretty confident listening in this language. Unfortunately, most Netflix shows have a limited number of audio options, and be aware that options usually means dubbing. Some of the dubbing is pretty good, whereas some—particularly Polish for some reason—is terrible!

The good thing about the dubbing is that it’s likely to be in a standard dialect of the language, so it’s good for learning if you’re not confident with different accents or slang. You’ll also be likely to get the same cultural experience as many others will have had—lots of European countries, for example, show all their US TV shows dubbed.

Tip: Rewatch shows and movies you’ve already seen in your mother tongue with the audio of your target language(s). This way, you’ll be able to follow the plot without needing to put subtitles on, and you can focus on the language as it’s being spoken!

Watch movies or shows with target language subtitles only.

You have the option to keep watching Netflix content in a language you already know but with the subtitles of your target. The most useful thing about this, for me, is that you can put it on all your favorite shows. At the moment I’m learning Italian, which means I’m watching things like “Ozark” and “Breaking Bad” with Italian subtitles.

I would say this is less effective as a pure language-learning exercise, but it means you get to pick up interesting words and expressions while enjoying your shows as usual. It’s the film equivalent of putting up little vocab posters on your fridge or wardrobe—it fits into your day-to-day life.

Just watch and keep half an eye on the bottom of the screen. Remember to pause and focus for a while if there’s something you want to make sure you remember.

Tip: Keep a notepad on your coffee table or bedside table. When you come to new words and phrases, you can note them down and review them later. The advantage of subtitles is that you know the spelling right away. As always, when working with authentic material in your target language, you may encounter a lot of language that you’re not familiar with; you don’t need to write it all down!

Focus on words that either appear commonly or that are crucial to understanding the events of what you’re watching. Try to guess the meaning from context first, and then look them up in a dictionary. Write them down with either a definition in your target language or a translation into your own language.

Watch movies or shows with target language audio and subtitles.

Putting both audio and subtitles of a movie or show into your target language can be very useful if you’re still getting used to the rhythm of the language and how the pronunciation and orthography connect.

For example, if you’re learning French, you can start to hear those similar-sounding vowel sounds as they relate to written words. You can also start to draw associations between written words and sounds in languages with an unfamiliar alphabet, such as Japanese or Arabic if you’re a native English speaker.

Another thing to beware of, though: If the original movie is in a different language, often the dubbed audio and the subtitles are not connected—the person on screen might say one thing while the subtitles say another. There are two reasons for this. Firstly, they will have been translated separately, and an idiomatic expression or ambiguous word may have been translated in two different ways. Secondly, both subtitles and dubbing have to make their own compromises: Subtitlers often have to shorten sentences so you can read them on the screen, while dubbers sometimes change the speech so it fits more neatly with the movements of the mouth on screen.

Tip: Make this a richer experience by finding reviews of the movie or show in your target language. You can also search on YouTube to find vloggers sharing their analysis and opinions. This will give you additional reading and listening practice (and writing if you care to leave comments).

So there you have it.

Use it right and that Netflix subscription can really be worth the money!