I’m about to explain the Japanese volitional form to you and once I’ve finished this post let’s reward ourselves by going out to eat 石狩鍋 (いしかり なべ) — Ishikara Nabe, a super delicious hotpot dish from Hokkaido.

Actually, I’m going to have me some hotpot whether I finish writing this or not. But anyway, what do you say? Shall we start by figuring out what that fancy word with a V, volitional, means?

Volitional comes from the Latin word velle, which means “to wish” or “to want.”

Now, it doesn’t exactly mean “to want to do (something)”―that’s what the ～たい form is for―but rather expresses that you’d like to do or have the intention of doing something.

It’s sort of 微妙 (びみょう) — delicate/subtle/hard to explain, but generally is related to your will to do something.

I’ve actually been using the English version of this form throughout this introduction.

Confused? Concerned? Don’t be. Let’s learn all about the volitional form!

Let’s Do This: The Volitional Form in English

We’ve established that the volitional form is used to show your intention or interest in doing something―it’s one way to make a suggestion.

This grammar is pretty straightforward in English and consists of a few fixed expressions:

That being said, keep in mind that these are expressions of intent and there’s much more to this form than just a conjugated verb. Non-verbal communication—how you use your body—and power-relations are also important!

The power of suggestion

Imagine that we’re at a ball. The lights are a bit dim and a nice, slow rumba is playing in the background. If rumba isn’t your thing, maybe it’s a waltz or a few too many sakes combined with a karaoke classic.

A guy walks out of the crowd and approaches his dance partner: “Shall we dance?” he says with a laugh. In this example, there’s no pressure—it’s genuinely a suggestion and not something either party feels too strongly about. If she says no, then he’ll just ask the person sitting next to her.

But what if this is a shy guy who’s approaching a girl that only recently began attending dance club? She brings her dance shoes in hand-embroidered bags, making her basically the bee’s knees, and she’s got a great laugh to boot.

He’s fallen head over heels but isn’t very confident so he doesn’t look at her directly and the words come out falteringly: “…Shall we, um, dance or something?”

In this case a different sort of power-relation is involved: this dance is more important to him than it is to her. He has more to lose and is thus in a position of lower power.

This doesn’t come off as a suggestion but rather a request—or in an extreme situation, perhaps even begging.

Now, let’s leave the dance floor for a second and head to the classroom.

I teach middle-schoolers and at least once per day find myself saying “come on guys, let’s quiet down and get back to work.” As a teacher I hold a lot of power over my students: I guide them through lessons and they basically spend all day following my direction.

Although it might sound like I’ve just made a suggestion―let’s quiet down now―I’m not actually giving my students a choice in the matter. What I’ve really done is given them a polite command.

Say that you’ve gone out for lunch with a friend and you’ve now chatted for a while after finishing your food. One person looks up and says “let’s go?” at which point the other person nods and says “let’s go.”

While this form is syntactically very straightforward (it isn’t grammatically complicated), it’s actually quite complicated semantically (in terms of what meaning it expresses).

Using the Volitional Form of Japanese to Make Suggestions

The polite form is super straightforward and making it comes to a grand total of three steps.

Let’s see this in action.

If you’re not familiar with verbs being split up into groups like this and are curious, check out NihongoPeraPera’s page for a detailed overlook of る verbs and う verbs.

The casual form looks a bit trickier because you have to know if you’re dealing with a る or う verb, but if we take another glance at the polite conjugation, you’ll see that something quite similar is actually going on.

The result of changing ～ます into ～ましょう is basically that an oh sound slips in, though it’s a little muddied by the sh sound.

We’re basically doing the same thing in the casual form, even though it might look different because there are more sounds involved than just the す of ます.

If you’re struggling, try turning the hiragana into romaji, conjugating the verb that way, then turning the romaji back into hiragana.

It’s easy to imagine simply adding an o between the s and u in hanasu to get hanasou, which can then be easily converted into はなそう, while it might be a bit difficult at first to picture す turning into そう.

Below are some examples.

Just like in English, the most basic use of the volitional case is to say let’s… or shall we…, as you can see below.

今日も一日頑張りましょう！
(きょうも いちにち がんばりましょう！)
Let’s do our best again today! (If you ever work in Japan, you’ll hear this one a lot!)

Just like in English, note how we’ve casually made a suggestion.

Now say that you do go to Family Mart, pick out one of the lunches from the cooler and hand it to the cashier. They might say something like this:

こちら温めましょうか？
(こちら あたためましょうか？)
Would you like me to warm this up for you?
Literally: Shall I warm this up?

As a customer, you’re in a position of higher power than the cashier. When the cashier uses the volitional form, they aren’t suggesting that you heat it up (because it’ll be tastier that way), rather they’re offering to do something for you.

Other Uses of the Volitional Form

The volitional form goes far beyond a simple “shall we?” in Japanese but this gets a bit complicated the further you delve into it.

Here are two useful and straightforward structures you can try adding to your speech once you get the basic form down.

Volitional form + とする: to attempt to…

This structure is used to indicate that an attempt to do something was made. Just like in English, emphasizing that you’ve “tried” to do something suggests that it wasn’t necessarily successful.

Volitional form + と思う (と おもう): to be thinking about doing…

Adding 思う (おもう) ― to think after the volitional tense gives a sense of “thinking about doing” something.

Remember that in Japanese, although ～ている is often translated as -ing, it really means that a given state is continuing. Thus, saying ～ようと思う tends to refer to something that’s just occurred to you whereas ～ようと思っている indicates that you’ve been thinking about something for awhile. 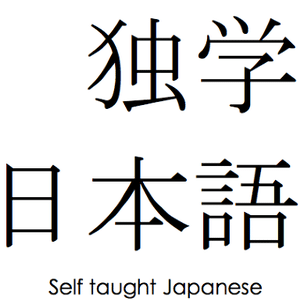 If you’re a bit more advanced, check out Self Taught Japanese’s page for a more expansive list of ideas you can express with the volitional tense.

If you aren’t feeling as confident as you’d like, let’s practice a bit!

Hopefully that wasn’t so hard.

Although learning verb forms in any language can be confusing, one nice thing about Japanese is that verb forms tend to be tied to certain sounds. If you hear an oh sound at the end of a verb, it’s probably in the volitional form!