Okay, so maybe using cool slang isn’t all that exciting.

But what is exciting is that you can practice Japanese speaking online effectively with real native Japanese speakers using these five awesome resources.

In this list, we’ve highlighted five excellent apps and resources for Japanese language learners who are interested in learning to speak online. For each resource, we’ve put together a brief description as well as some things it does well and some that it does… not so well.

These two sections show what a typical learner at the beginner or advanced level might have to say about each resource. They’re by no means the only way to think, but are rather intended to give a sense of how different learners can use the resource and what benefits it can have for you at your particular learning level.

Whether you’re a beginner, an advanced learner or stuck on the intermediate plateau, keep in mind that your speaking skills can also benefit from honing your listening skills. How? Well, the more you listen to authentic Japanese speaking, the more attuned you’ll become to the sounds, rhythms and pronunciation of the language. 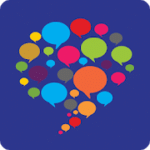 One of my personal favorites, this app has the potential to become a very valuable practicing tool for most foreign language learners. You can use it to speak Japanese online as well as to improve your grammar, vocabulary and, of course, pronunciation.

The app works much like many popular social networks. The only difference is that its focus is on language learning. You choose a language you wish to learn and your native language and then you can start posting photos, stories or audio recordings.

Native speakers who wish to learn your language will see those posts and correct your errors. In return, you can do the same for them in your native language.

The program can also help you find a language exchange partner for more one-on-one attention. You can chat or speak to this partner for plenty of practice.

HelloTalk is a goldmine of cringeworthy posts, but it’s also extremely useful for improving your speech and finding new friends. I actually found my brother-from-another-mother there and a few more other nice people who helped me considerably with my studies.

“I like how quickly you can find people who are learning your language and are native Japanese speakers. Some of the people I contacted knew a bit of English so we could talk without much trouble. With others, I used the translator and I think it did the job pretty well.

“I learned that my pronunciation is horrendous, but I received a few tips on how to improve it, which is nice.

“The program’s good and it does its job quite well, which is to connect you with native speakers, even if the chat sometimes glitches.

“It doesn’t offer video chat but that’s okay: After all, your priority is speaking and you don’t need to see the other person to do that. If you combine it with a different app like Line, you can find some great friends and stay in touch with them for a long time.” 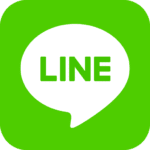 Line is like a fusion of Viber and Facebook (but less annoying), predominantly used by Japanese people.

It’s not exactly a language learning app, so it does require quite a high skill level to be able to use it with regular native speakers.

That said, this app is by far the best one for speaking Japanese because of the sheer volume of native Japanese speakers on it.

So when you meet a potential chat partner, just say hey, what’s up, can I have your Line ID?

“I don’t know any Japanese people in person so I couldn’t really use this app without the help of other apps, first.

“Most people I meet on other apps didn’t really want to give me their Line ID because we don’t know each other that well. A few did give me their ID, so we stayed in touch.

“Still, I can’t talk with them that much on Line because it has no translator tool.”

“I love Line! It’s absolutely amazing. I use it all the time to talk with both my Japanese and non-Japanese friends, by text and voice or video call. I also enjoy being up-to-date with my favorite music bands and watching their live streams.

“Funny thing is, whenever I ask a Japanese person for their Line ID, they act surprised and almost glad. I guess that’s because not many foreigners use it.” 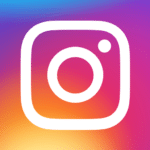 Yeah, you can actually use Instagram to speak Japanese. Don’t think of it as a content sharing platform but instead, consider it as being a tool for finding Japanese friends.

You can seek them out by searching different hashtags—like your hobby, but in Japanese—or by checking out the followers page of your favorite Japanese-language accounts.

Use it together with Line and you’ll get a very helpful speaking practice combo.

“I was surprised at how quickly I found potential new friends from Japan. I checked out Kyary Pamyu Pamyu’s account and after a few minutes, I found some interesting people who share my interests on her “followers” page.

“They all accepted my requests and we even exchanged a few words. I had to use a separate translator app, though.”

“I love photography and I remember way back when I spontaneously became friends with a Japanese photographer on Instagram. I commented on his photo and he replied by commenting on mine. Before I knew it, we were talking about all kinds of things and he even helped me correct my grammar mistakes.

I guess it’s a bit unusual, but Instagram can be very useful for improving your Japanese.” 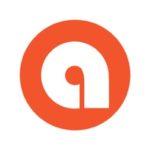 Anygram is pretty much HelloTalk on steroids. It offers almost everything HelloTalk does, but it takes it up a notch. Open debates, open stories and questionnaires are just some of the interesting features of the app.

At the time of this writing, the Android version seems to be unavailable, but keep an eye out for it!

“I like it because I can talk to a lot of people. Some of them speak English and others use the translator like I do, and I think it conveys the message very well.

“The interface is also quite simple and easy to get accustomed to.”

“I’m not sold on this. The app has many more users than HelloTalk but I couldn’t get in touch with a bunch of them. It seems like HelloTalk is more efficient even though it offers fewer features.

“The debate feature has a lot of potential, but it somehow ended up being too simple, with basic “yes” or “no” questions on offer.

“I also prefer speaking with people in private, but it seems like when you send a voice or text comment to someone, it gets posted on their profile wall. I think I’ll stick to other apps.” 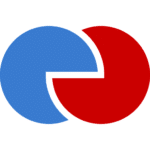 This program is all about being straightforward and simple. Once you make your profile, you’re given a list of people who you might want to talk to. Decline them and move on to different users, or accept them and wait until they accept you as well to become connected.

Then, you can text them or send them a voice recording and practice Japanese with their help.

“I thought I’d be in trouble because this app doesn’t have a translator but it turned out that everyone I talked with knew English quite well so we communicated easily. I’ve sent them a few recordings and they gave me feedback on my pronunciation and how to improve it.”

“This app is supposedly made for meeting Japanese people yet far more non-Japanese users contacted me. The few Japanese people who did connect with me insist on talking in English. As an advanced learner, this is frustrating—but I also understand that they’re also trying to learn.

Many users also stop replying completely after one or two texts, so even though I got matched up quickly, it’s not that easy to keep a conversation going.”

As you can see, all of the resources on this list of ours have their virtues and flaws. Some work better for beginners while others suit experts more. If you want to practice your Japanese speaking online, we recommend that you try all five out and see which one (or ones) work best for you.

And if you need a bit more help in your conversations, you can always listen to and watch native content to top up your speaking abilities. For example, watching an anime series on Netflix can guide you when you’re talking about last night’s episode, while subtitled Japanese media clips on the FluentU program can help you with conversational phrases and pop-culture references.

Now go and speak Japanese like you’ve never spoken it before!