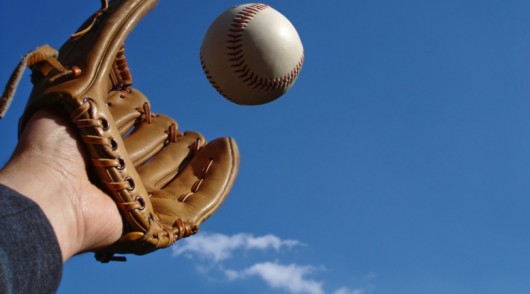 Hundreds of thousands of Japanese gather in front of the TV and take a break from their favorite television shows and anime programs to watch the games and catch a glimpse of the stars of the future.

After learning the basic baseball terminology provided here, you will be better equipped to communicate and connect with Japanese people. Baseball talk peppers casual conversation, so this will vastly improve your comprehension next time you catch a game, watch a movie, or chat with a Japanese friend. Using baseball terms idiomatically in daily conversation will make your Japanese sound far more natural! It’s the same as learning to hold chopsticks and aizuchi in Japanese conversation – just one more detail that will help you blend in with the native speakers.

In this post, we’ll give you a brief overview of baseball in Japan, and a glossary of some of the most useful Japanese baseball terms.

Baseball has been around in Japan since the late 19th century. Whereas American baseball emphasizes getting big hits at big times, the Japanese style of play is more focused on speed and strategy. For example, if the first batter in an inning gets on base, the next batter will almost always lay down a 送りバント (okuri banto – lit. “sending bunt,” or sacrifice bunt) rather than try to knock the ball over the wall, even if he’s the team’s top slugger!

A major reason for this is 和 (wa). 和 is the spirit of togetherness which is the foundation of Japanese society. Japanese are taught from childhood to prioritize the needs and aims of their group rather than their own. In so doing, they preserve group harmony, and get closer to achieving the group’s goals. The slugger may really want to go for a home run, but the chances of bringing the runner home are greater if he hits the 送りバント. Plus, he doesn’t want to disagree with what his coach says! Hence, he calls up his 和 and lays down the bunt. Robert Whiting’s excellent book You Gotta Have Wa delves into this in more detail and also explores the role of 和 in other organizations outside of baseball, such as companies.

日本プロ野球 (Nihon Puro Yakyuu) – or NPB in English – is the Japanese pro league. Of its 12 teams, the Yomiuri Giants (a.k.a. the 巨人 – kyojin) are by far the richest, most powerful and most popular. Though they are based in Tokyo, the 巨人 have fans all over the country, and have provided the backdrop for several household-name dramas, movies and manga such as 巨人の星 (Kyojin no hoshi – The Star of the Giants).

High-school baseball – 高校野球 (koukou yakyuu) – rivals 日本プロ野球 in popularity during the aforementioned spring and summer tournaments. These are played at Hyogo Prefecture’s  Koushien stadium, 甲子園球場 (Koushien kyuujou), a mecca for baseball fans in Japan. The 甲子園 tournaments symbolize the purity and fleeting nature of youth for many Japanese, and scenes of players weeping onto each other’s shoulders after getting knocked out are iconic.

Finally, Major League Baseball (メジャー – mejaa) has an immense following in Japan. メジャー fans especially enjoy keeping tabs on Japanese who play in North America. Many fans feel a sense of kinship and pride in watching players who they saw star in the 甲子園 tournaments grow up to succeed in the big league. Many former international メジャー stars have also come to Japan to play, with some going on to settle in the country. This experience was dramatized – somewhat stereotypically, but comically — in the ‘90s film Mr. Baseball.

日本の野球場の中で一番すばらしい野球場はどこだと思いますか？ (Nihon no yakyuujou no naka de ichiban subarashii yakyuujou wa doko da to omoimasu ka?) – Of all the ballparks in Japan, which one do you think is the best?

田中投手、もう１００球超えてるのになんでピッチャー交代してくれない？ よく分からない監督だな。 (Tanaka toushu, mou hyakkyuu  koeteru no ni nan de pittchaa koutai shite kurenai? Yoku wakaranai kantoku da na.) – Tanaka has already thrown over 100 pitches, so why don’t they take him out? I don’t get this manager at all.

子供のころの夢は、メジャーの審判になることだった。(Kodomo no koro no yume wa mejaa no shinpan ni naru koto datta.) – My dream when I was a kid was to grow up to become a Major League Baseball umpire.

A breaking ball is called a 変化球 (henkakyuu) in Japanese. 変化球 is sometimes used idiomatically to respond to something (ex. a proposal or recommendation) you weren’t expecting.

えっ！変化球しないでよ！(E? Henkakyuu shinaide yo!) – What? Are you serious? Don’t throw me a curveball like that!

Also from the pitching world, Japanese use the English word “strike,” only it’s pronounced ストライク sutoraiku. Idiomatically, a ストライク is something that hits a target or is right on the money.

今年の夏のキャンペーンはストライクだ。Kotoshi no natsu no kyanpeen wa sutoraiku da.) – This year’s summer campaign is right on target.

Finally, although athletes in Japan are generally more low-key and don’t like to gloat, you’ll occasionally see a fist-pump or two when a player comes up big in the clutch. This is called a ガッツポーズ gattsu poozu in Japanese, which comes from the English “guts” and “pose.” Non-athletes will sometimes pull a ガッツポーズ when they do something that goes down well – like a funny joke at the bar or an idea that gets approved at an informal meeting.

Congratulations! You have now learned the basic baseball vocabulary and cultural information you need to understand a game and chat about the sport with your Japanese friends or language exchange partner! If you’re watching a game and recognize one of the terms you learned here, or use one in conversation, go ahead and give yourself a ガッツポーズ!

If you love learning cool, relevant Japanese lessons like this, then I should also tell you about the FluentU app.

The FluentU app takes real-world videos like music videos, commercials, news, and inspiring talks and turns them into Japanese learning experiences. It naturally and gradually eases you into learning Japanese language and culture. You’ll learn real Japanese as it’s spoken in real life.

FluentU makes these native Japanese videos approachable through interactive transcripts. Tap on any word to look it up instantly.

The best part? FluentU keeps track of your vocabulary, and it suggests content and examples based on your vocabulary. You’ll have a 100% personalized experience.

The FluentU app is now available for iPhone and Android, and it’s also available as a website that you can use with your computer or tablet.