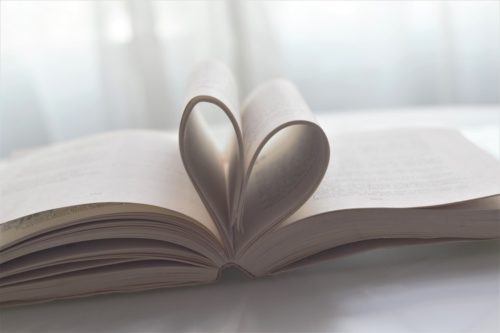 If you grew up learning English, you didn’t start by reading Shakespeare.

When learning German, you don’t have to muddle through Goethe right away either.

Why not practice reading in German the same way you practiced reading English while growing up?

Once you’ve mastered the basics and have outgrown those German children’s books, you’ll be looking for reading material with a little more meat.

There are thousands of books specifically designed for intermediate readers.

Some of them have been wildly popular, turning into blockbuster movies and dominating best seller lists for months or even years.

I’m referring to the genre known as YA.

Young adult (or YA) literature, in general, is any fiction or nonfiction literature written for and marketed towards teens.

YA has been expanding in popularity both in the English-speaking world and the German Sprachraum in recent years. YA usually focuses on issues of interest to youths, often involving school, relationships and coming of age.

In fact, a classic coming-of-age novel is also sometimes called a Bildungsroman, which in German literally means “education novel.” This format is so popular in both languages that English essentially stole a German word for it!

YA also makes for excellent intermediate reading material in a foreign language. Here’s the main reason:

YA uses understandable language (and slang) in relatable situations

It’s not “See Spot Run,” but it’s not “Ulysses” either. This makes YA a great tool for intermediate language learners. The language that you encounter in a YA novel will reflect authentic, everyday words and phrases.

The vocabulary you see when you read the news is all very formal. In the informality of YA, you’ll also notice slang expressions, English loanwords and certain grammar “rules” that are ignored in everyday speech. For instance, a dictionary can show you that Alter means age, but it can also mean “dude” or “bro,” as in “Alter, ich schwöre, du kriegst so viele Likes, wenn du das mal auf Facebook postest.” (Dude, I swear, you’ll get so many likes if you post that on Facebook.)

Of course, FluentU can help with this too. FluentU takes real-world videos, including movie trailers, informative clips and music videos, and turns them into language lessons you can use in everyday life. Go ahead and take a look. It’s only one click away!

If you like the sound of that, then I’ve got great news for you—you can enter the big giveaway right now for a chance to win a lifetime subscription to FluentU. You only have until May 28th to throw your name in the hat, so take advantage of this opportunity before it’s too late!

YA is appropriate for adults too

Finally, no matter how old you are now, you’ve spent time in school. You’ve had friends, and perhaps more-than-friends. You have a family, whether you’ve always gotten along well or not. The experiences depicted in YA are therefore universally relatable. (And that includes fantasy YA. Wizards and vampires go to school, form cliques and fall in love too.)

How to Use YA as a German Learning Tool

Hopefully I’ve convinced you to give YA a shot. Now let’s figure out how should you use YA to improve your German.

“Intermediate” fluency is tricky. If you’re on the CEFR levels B1 or B2 (or even higher), your first full-length novel in German may contain hundreds of words you’ve never seen before. Despite this, you may find yourself having no trouble understanding the gist of things. This is because you’re being presented new words in context. You may not know the word Eule, but when it’s in a sentence about Harry Potter putting Hedwig in her cage, you can assume it means “owl.”

So what to do?

There are a few useful vocabulary strategies you can use at this point to make sure you really commit the word Eule to memory. Keeping a vocabulary notebook, creating physical flashcards or using a study app such as Anki are all ways to keep practicing new words on your own. You can even create your own flashcard decks from the new words you encounter in your readings!

But don’t get hung up on every new word

If you highlight and translate every single new word, you’ll never make it through the book. Narrow it down as follows.

First, if you simply cannot understand a scene because there are too many incomprehensible words, then it’s dictionary time. Context can only help you figure out new words if you understand the context.

Second, if a new word or phrase is critical to a scene or the overall story, copy it down even if it seems clear in context. My next study strategy will explain why.

Keep a reading log or discuss with a partner

Reading can be a very passive activity. By keeping a reading log summarizing what you’ve read—auf Deutsch, natürlich—or by talking to someone about it, you bring yourself into a more active understanding of the text and its vocabulary.

You may see Eule dozens of times in a book and recognize it each time, but when you’re describing Hedwig to someone later on, you may find that you can’t recall the German word for “owl” at all. Only by practicing active language skills (speaking and writing) will you notice which new words have truly sunken in.

Say “Ja” to YA: The Best Young Adult Books for Intermediate German Reading

These books will help you start using YA as a study tool. They’ve all been huge hits, so it’s a safe bet that you’ll enjoy them too. 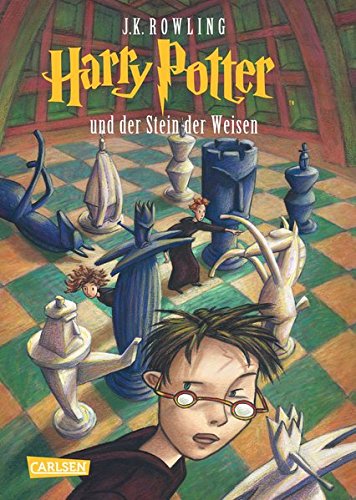 But this teen wizard saga, which needs no introduction, was (and is) every bit as popular in Germany as it was in the English-speaking world. Everyone has read them. It’s just that most Germans read them in translation. This is very common in German media: originally English stuff is everywhere, and it becomes part of German pop culture just like it’s part of ours.

Translations also deserve a spot on this list because if you already know the story, then that makes reading these books even easier. You’ll have fewer “I have no idea what’s going on” moments, because the contexts will already be clear. 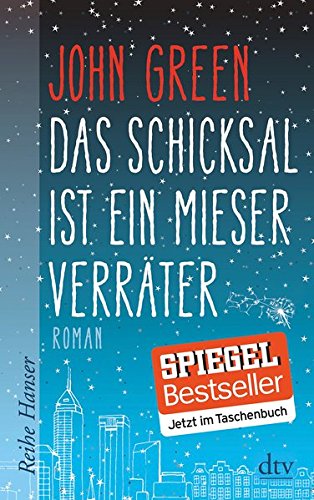 Another translation, I know, but John Green’s books are a smash hit in Germany. In fact, many Germans read his books to work on their English, so YA as a study tool works both ways.

“Das Schicksal ist ein mieser Verräter” follows the love story of two American teens with cancer. It’s a coming-of-age tale for characters who, due to their condition, may never actually get to come of age. As a result, they grapple not only with typical teen issues, but also with their own mortality. Their carpe diem mentality eventually whisks them halfway around the world for what may be their last adventure, tracking down their reclusive favorite author in the Netherlands.

This is also where I should point out that you can’t just translate an English book’s title to find its German version. “Das Schicksal ist ein mieser Verräter” literally means “fate is a lousy traitor.” “The fault in our stars,” taken from its original Shakespeare quote, would actually be die Schuld der Sterne. 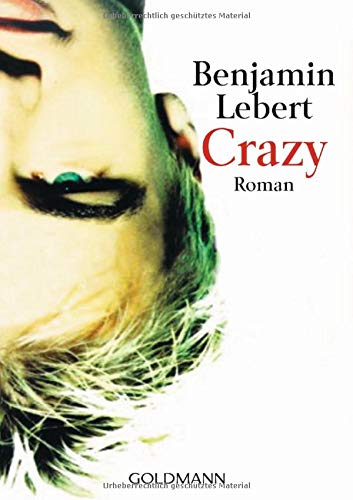 The title looks English, but we’re finally dealing with an original German work. See what I mean about English loanwords in youth speak?

“Crazy” is the autobiographical story of a boy who bounces from boarding school to boarding school as he tries to find his way in life. The book describes his struggles with school, social relationships, his family and his developing sexuality. Sounds like “The Catcher in the Rye,” right? Except it’s set in late-1990’s Bavaria, it’s a true story and the main character happens to be paralyzed. 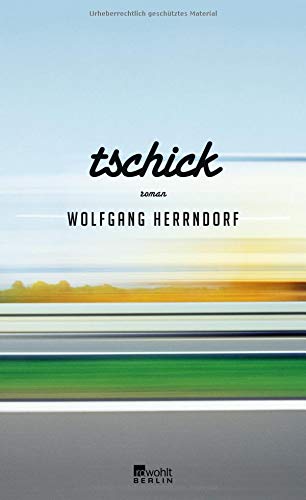 Published in 2010, this book is still on the Der Spiegel German best seller list at the time of this writing. It also won the German Youth Literature Prize in 2011.

“Tschick” is a joyride-road-trip novel at its core, but it’s also about school, relationships and fitting in. It follows the misadventures and misdemeanors of two outcasts: Maik, 14-year-old German boy from a working-class Berlin neighborhood, and his Russian immigrant friend, Andrej Tschichatschow (called “Tschick”).

Pop star Beyoncé also plays a major role in the story because, in case you didn’t believe me yet, Anglophone pop culture is seriously everywhere in Germany.

In most English-speaking countries, you can’t just go to your local bookstore and find German books. Luckily, we live in the age of the internet. If you search for a book’s German title (or even its English title plus “German”) on Amazon, you’ll usually find what you’re looking for.

And if these books don’t sound like your cup of tea, you can keep looking. The previously mentioned German Youth Literature Prize has been around since the 1950’s, so it’s impossible for you to run out of excellent German YA books to read if you check its lists.

For instance, some other winners and nominees throughout the years include the 1973 fantasy classic “Momo” by Michael Ende, about a mysterious girl who can control time, and the more recent “Tintenherz” (Inkheart) by Cornelia Funke, about a family who can bring books to life by reading them. (The latter was recently made into an English-language movie starring Brendan Fraser.)

The prize is also awarded to youth-oriented non-fiction as well as easier children’s and picture books, in case any of these suggestions are too advanced for now.

It makes sense to practice reading German the same way you practiced reading English growing up.

YA books allow you the rare opportunity to do just that. Intermediate and advanced learners of all ages will be able to enjoy some of the most popular best sellers in Germany, and if you use certain study strategies alongside your reading, you can expand your real-world vocabulary by the hundreds and thousands.

German books are easier to access than ever, and you may even recognize a few of them already.

Take the challenge. Say “ja” to the YA.

Amanda “Andy” Plante-Kropp teaches at the HTW University of Applied Sciences in Berlin. She strives to bridge the gap between second language acquisition research and practical pedagogy. You can learn more about her at English with Andy.

How to Boost Your German Learning with E-books
How to Read German: A 4-Step, No-sweat Guide for Beginners