Improve Your German Listening with 9 “Made in Germany” Podcasts

Building good habits can be difficult.

Every year, you make a New Year’s resolution to change something for the better.

But by the time February rolls around, you get so busy and caught up with day-to-day life that you may even think to yourself, “Why did I even try?”

The same goes with learning a language.

You know what you need to do to succeed, so you try to build good German learning habits and study every day.

But again, life gets in the way, which makes it difficult to stick to your plan.

Don’t get discouraged, though! Instead, follow our easy piece of advice to put you back on the right track: start listening to German podcasts as part of your daily routine!

Podcasts are a fun, easy way to help you keep up with your German!

Why You Should Listen to Podcasts to Improve Your German

It’s pretty easy to integrate podcasts into your daily routine. Unless you’re in the lucky group of people who don’t need to commute, you can simply turn on a podcast when you’re on the go, instead of listening to your favorite radio station or playlist.

Or even if you’re not going far, you can put a on podcast in the background and listen while you’re doing other tasks or when you’re out. That way, brushing your teeth, making breakfast, catching up on your email or going for a run can all become activities that can help you learn German!

There are lots of different podcasts out there that cater to every interest. Whether you’re into history, cooking, sports or politics, you’ll find one to help you improve your listening skills and also learn about something interesting.

Unlike some content that’s only available through a paid subscription, all the podcasts on this list are free, so they’re ideal for anyone who wants to improve their German but not have to spend too much money on learning materials. And they’re also updated frequently, so there’s always something new to listen to.

What’s more, a study from Victoria University in New Zealand showed that simply being exposed to a new language is helpful and can improve your listening skills, even if you don’t understand the language! So even if you’re a beginner, when you’re exposed to the sounds of German, you’ll be able to pick up new words much more easily because you’ll be able to recognize the sounds.

Improve Your German Listening with 9 “Made in Germany” Podcasts

Now that you’re convinced you should add podcasts to your German learning routine, here are nine of them to help you improve your listening comprehension. (And a disclaimer: there’s actually one Austrian podcast here!) 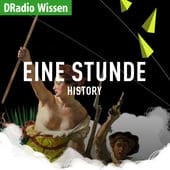 Are you the person in your circle of friends that kills the history category every time you play Trivial Pursuit? Then Eine Stunde History is the podcast for you.

Despite its name, the episodes are under 40 minutes long, but they do in fact cover history. It doesn’t focus on any particular history, such as European or world history; instead, they choose a specific topic for each episode. One week you might get something about the 9/11 attacks, another week you’ll hear something about the Battle of Verdun and then another episode will be dedicated to the Algerian War.

The vocabulary in the episodes can be fairly advanced, though if you’re already a well-versed history buff, you’ll be able to follow along.

New episodes are available every Friday. 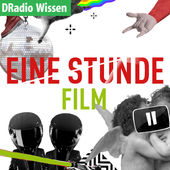 For all you pop culture junkies out there, Eine Stunde Film focuses on movies and TV series. It’s made by the same online radio company that produces Eine Stunde History and several other interesting German podcasts.

Because it’s geared towards the German-speaking market, movie and show titles are frequently translated, so you’ll hear them talking about “Die Schöne und das Biest” instead of “Beauty and the Beast,” for example. A point in favor of this podcast is that they also cover German media, so you might be able to find even more new things to listen to or watch.

This podcast is good for intermediate learners since the vocabulary is easy and the discussions aren’t too quick. Beginners could also give it a listen for a nice challenge.

Episodes are under 40 minutes long and new ones are available every Tuesday. 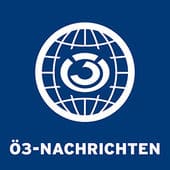 Here’s the one podcast in the list that’s not made in Germany. Instead, it comes straight from an Austrian public radio station. Episodes are all five minutes each and appear twice per day—once at 7 a.m. local time and again at 5 p.m.—so there’s no real excuse not to listen in. Get a quick overview of what current events are important in Austria and practice your listening comprehension of a clear Austrian accent, which is pretty different from a standard German one.

All learning levels could give the Ö3-Nachrichten Podcast a listen and find its topics fairly easy to understand, especially if you follow current events. The most challenging part could actually be the accent itself! 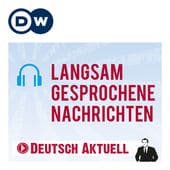 As the name indicates, Langsam gesprochene Nachrichten is exactly that: slowly spoken news. Produced by Deutsche Welle, Germany’s international public broadcaster, this podcast is perfect for beginners. Unlike the others mentioned here, this podcast is geared specifically towards German learners and not native speakers, which is also another reason this would be a great place to start if you’re new to the language.

Episodes are available daily and each one is only 10 minutes long. 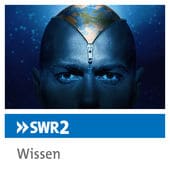 If you aren’t particularly set on a specific topic to focus your German learning on, then SWR2 Wissen is for you. It’s sort of a grab bag of topics, describing itself as a podcast for “curious and knowledge-thirsty” listeners.

Episode examples include “Pferd und Mensch — eine Kulturgeschichte” (“Horse and Human — A Cultural History”), “Voluntourismus” (“Voluntourism”) and “Lernen von den Finnen” (“Learning from the Finns”). Topics fall into the categories of culture, science, education and current events, so there’s something for everyone in terms of interests as well as German knowledge.

Episodes are all 27 minutes long and are released regularly. 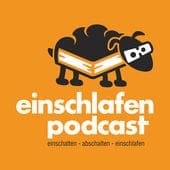 Maybe you don’t really actively listen to podcasts or talk radio, but you need something to listen to while falling asleep. If so, consider integrating Einschlafen Podcast into your learning (and sleeping!) regimen.

Each episode, moderator Toby Baier talks about his day for about an hour, using vocabulary that’s easy to understand. The speed is also fairly slow as he wants to lull you to sleep. Most recently, he was on a trip to the United States so each episode was about his impressions and experiences abroad. 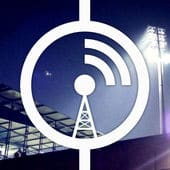 In case you didn’t realize, Germans are crazy about Fußball (soccer) and considering that they’ve won the World Cup title four times, it’s not surprising. And perhaps you’re learning German because of its soccer culture, which would make Kurzpass the perfect podcast for you. You’ll learn all of the soccer-related terms as well as hear about happenings in the German league.

The episodes are released irregularly and they range from a half hour to an hour long. 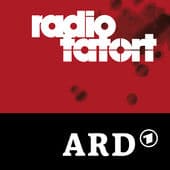 Perhaps talk radio with experts talking about a specific topic isn’t your thing. In Germany, so-called Hörspiele (radio dramas) are popular and might suit you a little more. Specifically, Radio Tatort, which is similar to the better-known and very popular TV version, “Tatort” (Crime Scene).

Better for advanced learners, the show has episodes with multiple people speaking the various parts and can be good practice for following conversations.

Episodes are about an hour long and released once per month. 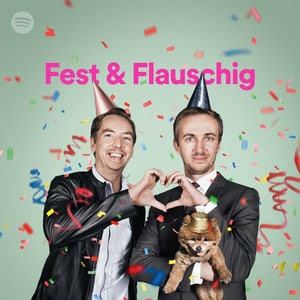 When learning a new language, humor can be one of the most difficult things to understand. And when you reach the point where you get the jokes and cultural references, it can really feel like an accomplishment. Fest & Flauschig is a podcast from German comedians Jan Böhmermann and Olli Schulz, who banter at a high pace about everything and anything they can think of.

It’s definitely a podcast for advanced learners because of how quickly they speak, but also because there’s a lot of slang and cultural references.

Episodes range in length from five minutes to an hour, depending on how long the two feel like talking, so it’s fairly unpredictable.

This one is also a bit different since it’s only available through Spotify. It’s free to access, though, as long as you can access Spotify.

Whether you want to dedicate time specifically to improving your German listening skills or if you want to just listen in the background, adding podcasts to your learning regimen will help.

They’re easy to fit into a busy schedule, they’re free and even if you don’t understand all the content, they’ll still help you improve your overall skills in the long run.

6 Places Online to Watch German Videos with Subtitles, from Beginner to Advanced
The Globetrotter’s Guide to Learning German in Austria