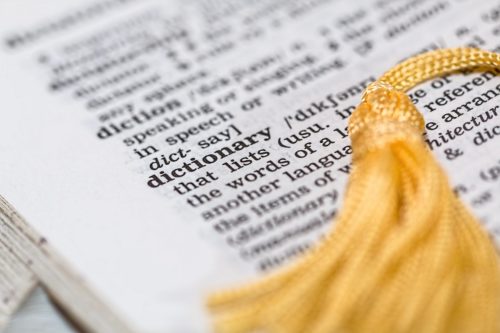 9 German Visual Dictionaries to Put Your Eyes on the Prize

Uh oh. A thing just popped up that you’ve never seen before.

Whether it’s a type of sausage or goofy-looking street sign, these complicated situations arise purely because of a country’s unique culture.

Anyone who has traveled will find that this situation sounds all too familiar.

Imagine, you’ve traveled all the way to Berlin and you’re excited to use your German skills to show off to your friends.

Conversations are going well and you’re beginning to convince them that you’re close to fluent.

That’s when that unknown thing appears to stop you in your tracks.

Don’t be fazed when this occurs, because you’ve just landed upon a hidden German learning gem that’s pivotal to your progress. Who knows? You may end up seeing the same item in a German movie or hearing it talked about in one of your favorite German magazines.

This is where a German visual dictionary comes into play.

We’re not talking about your run-of-the-mill German to English dictionary, but rather one with animations, drawings, icons and other visuals to represent anything from an apple to a computer monitor.

When Does a German Visual Dictionary Come in Handy?

Okay, so the example used above is probably not how most people will use a visual dictionary, but most travelers who’ve visited Germany know that you can stumble on some unusual foods and cultural items there.

The visual German dictionary is often a lifesaver, or simply a fun way to solve the mystery.

The visual cues are excellent study aids, since seeing a word and trying to memorize it is often not enough. Therefore, viewing an image is far more powerful for your learning. You can use the images to quiz yourself or one of your friends. For example, a hand can go over each of the words, so that you must state the German word by only looking at the photo.

We recommend that you create games with the visual dictionaries. As an example, a game of “I Spy” is fun while on a car trip with this book. Heck, the most prudent learners make up stories with the visual cues, expanding their knowledge of how the words go together.

Feast Your Eyes on These 9 Great German Visual Dictionaries

You’ll be able to test out some of the other German visual dictionaries below, but this one dominates the market. The publishers update the thing on a regular basis, and all of the photos are in full color.

These images are organized in a thematic order, so if you’re eating at a restaurant, it provides images of all the food and items and people you may stumble upon there.

The book focuses on everyday words, but it covers some more complex items as well. You can expect to see images from the following categories:

The “Let’s Learn German Picture Dictionary” offers a more creative and playful take on the visual dictionary, as you may notice from the cover.

The images are drawn with beautiful colored pencils, paints and possibly crayons. Obviously the book present full-color photos of these creations—you don’t get to keep the artist’s original creations—but they look really nice.

Over 1,500 common words are discussed in the dictionary, giving you more than 30 different two-page spreads that illustrate and explain the meanings of each word in the book.

From the classroom to the zoo, one could recommend this for children and adult beginners and intermediates. The index and glossary helps you out if you’re stuck, considering you may not know exactly what one of the drawings is of.

Similar to the “Let’s Learn” dictionary above, this is created for beginners and we highly recommend it for kids (or teachers who would like to distribute some dictionaries to students). Over 2,000 everyday words are covered in this one, so it’s a little more extensive than the previous option. That said, they both have fun drawings that will make you smile.

In fact, many of the pictures are constructed as scenes to combine quite a few words that you would end up using at the same time. That’s how the entire book is organized, and it’s highly intuitive. If you’re at a soccer game, you may look around and want to know what a jersey or stadium is called.

A simple grammar guide is listed in the back, along with a standard English to German vocab list. These aren’t anything special, but the dictionary also pairs with a page on the Usborne Quicklinks Website to pronounce the words for you.

The dictionary begins with greetings, and it moves on to a wide range of other phrases and terms you should learn with the help of some visual aids. We like this one because it moves on from the idea of just being a dictionary. Many of the images you see act out conversations that people have.

Although the illustrations are perhaps less visually arresting than some of the more lavishly drawn dictionaries on the list, we still love this one because it’s able to fit in your pocket, and it covers the majority of the phrases you’ll need to know while traveling.

The “Language Survival Guide” for Germany is billed as a phrasebook, dictionary and travel guide, all in one.

This is part of a line of visual dictionaries from HarperCollins, and they all seem to cover the more essential phrases and words you’ll need when traveling. We like it best when going through customs, when asking for directions and while dining at a restaurant.

Most of the photos are in color and they have some speech bubbles to mimic what you should be saying in the situation.

Here’s the start to our multi-language dictionaries.

You may find this to be a little wasteful if you don’t plan on utilizing the other languages, but it’s nice for future reference, or if you’re attempting to learn multiple languages. This one covers just four languages: English, Spanish, French and German.

Basically what happens is they present an image, say a table, and list the translation for that table in all four languages. Over 3,500 illustrations are packaged into the dictionary, making it rather useful for travel.

This is a five-language option, with the addition of Italian.

As you can see by the cover, the dictionary has real photos, with little subtexts that point to certain areas of each word discussed. For example, a car would have numerous words to talk about in other languages, like lights, windshields, mirrors and wheels.

From the bakery to a doctor’s appointment, all modern-day themes are covered. I think the pictures in this one are the best out of all multi-language dictionaries, and it provides access to the Italian language if you need it, which could be a huge plus for you.

The Firefly version of the five-language dictionary is pretty much the same as the previous.

The primary difference is that the images are illustrated in this one, whereas the other option has real photographs. The advantage to this dictionary is that many of the words have gender tags for all languages, helping you differentiate between masculine, feminine and neuter instances.

Merriam-Webster is one of the more popular dictionaries in the world, but does it hold up when offering a five-language visual dictionary experience? It’s a beautiful book with illustrations from scenes in sports games, science labs and the entire universe.

German, French, Spanish, English and Italian are the languages covered, and the dictionary is actually far more specific than some of the other five-language options. For example, they have tons of arrows pointed towards the human body, covering the little parts of the head, arms, legs and more.

You’re all set to have a visual experience that actually makes you better as a German speaker.

Learn German with Videos: The Coolest Clips and Channels for Immersion from Anywhere
Watch and Learn: 5 High-quality Sites for Watching German Movies Online