Do you ever feel like you are simply an awe-struck onlooker in your German language-learning journey?

Maybe you have studied so much grammar online that you stand back and admire your hard work from afar. Maybe all the verb forms and conjugation patterns you have memorized simply pour naturally out of your mouth, and you even surprise yourself with your verbal finesse.

All your active German learning has created something beautiful, but now it is time to take another step back.

It is time to learn the German passive voice!

Like the English language, German has two “voices.” These voices are two different ways to arrange a sentence in order to establish a certain distance between the speaker and the content of the sentence.

The first is the “active voice,” which is the most common structure of basic sentences. The active voice gives a sense of immediacy and agency; thus, the speaker is able to convey that they are invested in or certain about the information of the sentence.

But what do these sentences really look like? How are they formed in German? Let’s dive in!

Das Activ vs. Das Passiv (the Active vs. the Passive)

If we look at the other noun in the sentence, den Kaffee, we can see that it is in the accusative case because it is being acted upon by the subject: it is being drunk by the subject, der Mann. In other words, it is the direct object.

Now let’s make this into a passive sentence:

Der Kaffee ist von dem Mann getrunken worden. (The coffee has been drunk by the man.)

From a stylistic standpoint, the passive sentence feels less direct and even more objective because the emphasis is no longer on the noun performing the action of drinking, der Mann.

In fact, we could also omit the noun Mann from the sentence altogether. This would render the sentence without an agent (a doer of the verb):

Der Kaffee ist getrunken worden. (The coffee has been drunk.)

This would create a more objective sentence, one that may even be viewed as uncertain since it does not denote who has actually consumed the beverage.

Creating the Passive Voice in German

The first thing to ensure when creating a passive sentence in German is that you have the required element: a direct object (or the noun being acted upon by the verb). We have already mentioned above that an agent (a doer) is not needed.

For example, in English we can change the active sentence “My mom gave me a gift” into the passive “I was given a gift by my mom.” This is impossible in German because the element that moved (the “me” in the active sentence) is actually an indirect object: it is not the noun being acted on by the verb but rather the receiver of the verb.

That said, to create the passive voice in German, you must move the direct object noun into the subject position at the beginning of the sentence.

In addition to these case changes, the passive sentence also requires a conjugation of the verb werden (to become). This takes the place of the verb “to be” that English speakers use for the passive voice:

Der Kaffee ist getrunken worden. (The coffee has been drunk.)

In conjunction with the past participle of the main verb (getrunken in our example sentence), we can form the passive voice in multiple tenses.

Conjugating Werden for the Passive Voice

The present tense of werden is as follows:

In the present perfect tense of werden, the past participle is normally geworden, but this is shortened to simply worden in the passive voice:

Ich bin (ge)worden (I have become)

Wir sind (ge)worden (we have become)

Sie sind (ge)worden (they have become)

The simple past tense of werden is as follows:

In the past perfect tense of werden, the past participle is normally geworden, but this is shortened to simply worden in the passive voice:

Ich war (ge)worden (I had become)

Wir waren (ge)worden (we had become)

Sie waren (ge)worden (they had become)

The future tense of werden is as follows:

Ich werde werden (I will become)

Wir werden werden (we will become)

Sie werden werden (they will become)

In the future perfect tense of werden, the past participle is normally geworden, but this is shortened to simply worden in the passive voice:

Ich werde (ge)worden sein (I will have become)

Du wirst (ge)worden sein (you [singular] will have become)

Wir werden (ge)worden sein (we will have become)

Ihr werdet (ge)worden sein (you [plural] will have become)

Sie werden (ge)worden sein (they will have become)

Von vs. Durch (By vs. Through)

When the direct object of the active sentence moves to the subject position in the passive sentence, the old subject can remain connected to the sentence through the preposition von. This old subject is then in the dative case triggered by that preposition.

As such, masculine and neuter nouns in the dative take dem (the), and this can combine with von to become vom. Feminine and plural nouns do not combine with the preposition von but remain with the dative articles der and den respectively. Let’s check out some example sentences:

Der Kaffee ist von dem Mann getrunken worden (the coffee has been drunk by the man) shows von and the masculine article dem.

Der Kaffee ist von dem Mädchen getrunken worden (the coffee has been drunk by the girl) shows von and the neuter article dem. Note that Mädchen is a neuter noun despite meaning “girl.”

As you can see in our example sentences above, von is used to connect old subjects that are people in passive sentences.

Let’s check out some example sentences:

Das Boot ist durch den See zerstört worden (the boat has been destroyed by the sea) shows the accusative den in front of the noun See because it is a masculine noun.

Das Boot ist durch das Meer zerstört worden (the boat has been destroyed by the ocean) shows the accusative das in front of the noun Meer because it is a neuter noun.

Die Blumen sind durch die Hitze zerstört worden (the flowers have been destroyed by the heat) shows the accusative die in front of the noun Hitze because it is a feminine noun.

Die Blumen sind durch die Graupeln zerstört worden (the flowers have been destroyed by the ice pellets) shows the accusative die in front of the noun Graupeln because it is a plural noun.

One last note: Keep in mind that while it is the academic rule that von must be used for nouns that are people and durch must be used for all other nouns, this is not always the case in practice. Mistakes are made all the time, even by native speakers, and these mistakes do not really hinder the conversation or change the meaning of what is being conveyed in the passive voice. 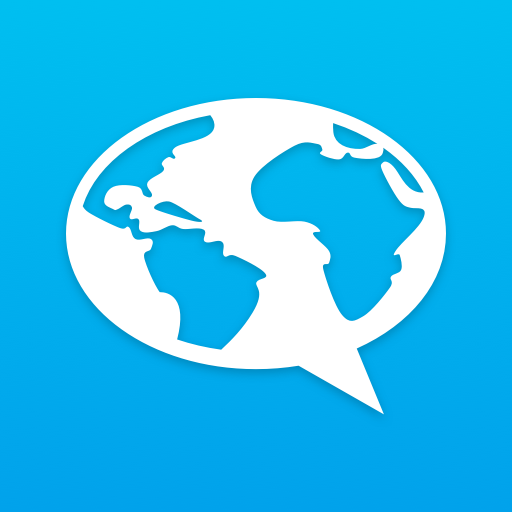 If you are looking for a way to learn German beyond the textbook rules, FluentU can show you how the language is actually used by native speakers.

Check out the free trial to see the passive voice (and so much more) in action!

Passive Sentences in All Tenses

By using our example sentence from the beginning of this post, we can see how the the passive voice is formed and what it means in all six tenses:

Keep in mind that all tenses must follow the rules of word order and verb placement in German. That means that the conjugation of werden takes the second position in the sentence—the position that is generally occupied by the first verb in a declarative sentence.

Next, the past participle (getrunken in our example sentence) comes after the noun connected with von or durch.

After that comes the past participle of werden, if applicable. This is in the form of the shortened worden or the infinitive werden itself (as seen and as required in the future tense). Do not forget that the future perfect tense takes an extra infinitive sein at the very end of the passive sentence.

The Passive with Modals

The passive voice can also be created with modal verbs. In both German and English, modal verbs allow speakers to relate themselves or other nouns with another verb. For example, in the sentence ich kann Spanisch nicht sprechen (I cannot speak Spanish), we learn about the speaker’s connection with the main verb, sprechen (to speak).

Common modal verbs include können (to be able to), müssen (to have to) and sollen (to “should”).

For the future and future perfect tenses, however, the modal also becomes an infinitive (as is standard for main verbs in future tenses), and it, too, goes to the end of the sentence.

Additionally, the past participle is still used, and the modal verb is able to conjugate in any of the six tenses allowed by the passive voice.

Here are some examples of the passive voice with modal verbs:

Der Kaffee kann von em Mann getrunken werden. (The coffee can be drunk by the man.)

Der Kaffee musste von dem Mann getrunken werden. (The coffee had to be drunk by the man.)

Der Kaffee wird von dem Mann getrunken werden müssen. (The coffee will have to be drunk by the man.)

The statal passive is a form of the passive that describes the condition or state of something. An example of this would be das Boot ist zerstört (the boat is destroyed). In this sentence, there is no actor: we do not know who or what has destroyed the boat, we just know that the boat is in a state of destruction.

In the statal passive, the verb sein (to be) is used in place of werden, followed by the past participle. Unlike the other passive voice, an object is never joined to the sentence with the prepositions von or durch. Further, the previously mentioned six verb tenses can be used with the statal passive.

Pulse check: How are you feeling about the passive voice? Confident? Kind of insecure? Overwhelmed?

Regardless, the best way to get the hang of the passive voice is to practice. Practice makes perfect, and in the case of German grammar, practice leads to fluidity and comfort.

For starters, Lingolia Deutsch allows you to practice both forms of the passive (the normal passive and the statal passive).

Next, try your hand at some complex verb conjugation patterns with the passive voice: German.net has passive practice in all six tenses. Once you’ve gotten the hang of that, ToLearnFree has one quiz with a mix of tenses in the passive voice.

For more mixed practice, Study.com has a short quiz that is multiple choice and the University of Michigan has multiple exercises to practice the passive voice.

Nothing like an active German workout to get your juices flowing and your language skills increasing! In fact, I would say you are well on your way to mastering the passive, German onlooker!