Looking for something short and sweet to get your French skills up to snuff?

French books of short stories are where it’s at!

Once you can string a few French sentences together, it can be tempting to jump right into reading classic French novels. But hold your horses!

Short stories offer a few different benefits that novels can’t lend to beginning learners. Get to know the world of the French short story—or nouvelle—and soon a host of different elements of French literature will become available to you.

Why Choose French Short Stories as a Beginner

There are lots of reasons to choose French short stories as a tool for a French beginner.

For one, reading in a foreign language takes more time, and a short story is easier to swallow. As opposed to a novel, which can take weeks to read even if it’s written in your first language, short stories are small, digestible morsels, each of which can be finished in a sitting or two. But if short stories are still a stretch for you, you can start off with short snippets of texts, such as the subtitled content on FluentU.

If you are ready for short stories, don’t just rush through them! Another benefit of choosing this shorter format is that reading a short story allows you to concentrate more fully on use of language, which helps you improve your French.

As opposed to simply following the story blindly, reading a shorter story gives you the opportunity to really focus on words that you don’t know or recognize. It’s always better to read these short stories with a critical eye. Don’t be afraid to write in the margins, take notes, and look up unfamiliar words. So that you don’t break your stride, consider writing down words that you can sort of understand from context in a notebook, so that you can look them up later. Keep a pocket dictionary nearby to look up words that you need to understand immediately in order to comprehend the meaning of the sentence or story.

Another great reason to choose a short story format is the fact that many short stories in French are available online, for example, via LireenLigne.net or Lettres-Persiennes.net. This is especially true of 19th century stories, but some more modern stories will be available as well. This obviously makes it easier to track down short stories in countries and cities where French books can be difficult to locate and can also help you to discover your favorite authors without ordering costly books to be shipped to you.

Once you’ve discovered your favorite authors, you can always order their anthologies and collections of French short stories online. You’ll find that reading several stories by the same author will soon allow you to progress more fully and more quickly, since you’ll get a better idea of the author’s style. By the end of an anthology or collection, your ability to understand each author’s particular kind of writing will have improved tenfold!

Now that you know why to read short stories, the next question is what to read. Not to worry! We have five great stories to get you started.

Please keep in mind that these stories are more intended for advanced beginners who are approaching or entering the intermediate level of French. You’ll need a basic understanding of how to read and comprehend French. The literary style may throw you a curve ball, but as long as you have a good foundation of French going in, you’ll find success with these stories.

Guy de Maupassant was a 19th century French writer whose style was characterized by a certain economy that’s often also attributed to Flaubert. As such, it’s the perfect style for a beginner looking for a story that’s both rich and relatively easy to read. And as far as short stories are concerned, there’s no dearth of them here: Maupassant wrote over 300 of them. 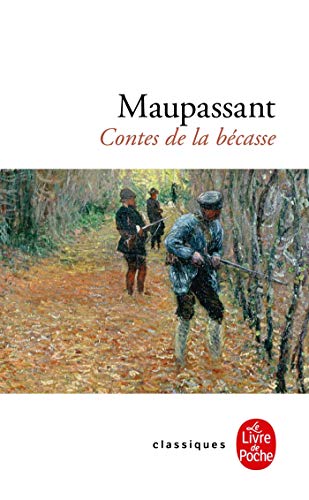 “La Bécasse” is the short introduction to his book of short stories entitled “Contes de la bécasse.” It’s the perfect place to start this collection, which may remind some of “The Canterbury Tales,” if not in content then in format.

The story recounts the tale of a local baron who can no longer hunt, as he is paralyzed, but he is often wheeled out to the yard to shoot at birds when the weather is fair. He invites a group of hunters to his home for an event he calls “the stories of the woodcock” or “les contes de la bécasse,” whereby each member of the party tells a story. The stories that follow this short introduction are the stories of each of the members of the group.

Because this introductory tale is so short, it’s ideal as a first try for a new reader. But don’t be surprised if you can’t stop just at the introduction—it’s quite interesting. Since it’s now rights free, you can read the entire collection online for free! 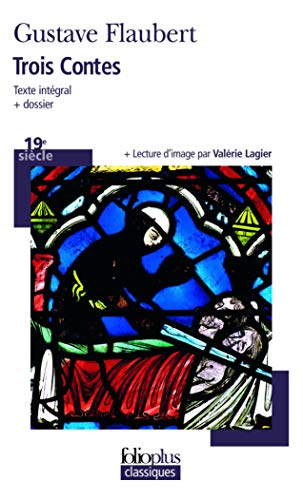 Flaubert and Maupassant have long been associated with one another by literary critics, so if you liked the former, chances are you’ll like the latter.

Flaubert was a famous novelist in his time, but he did write a collection of three short stories entitled “Trois Contes.” “Un cœur simple” (a Simple Heart) is the first of the three linked stories.

This one takes place in the Normandy countryside where an orphan, Félicité, meets a lovely young man who proposes to her. However, the story doesn’t have a happy ending, as Félicité learns that her love has married another, richer woman so that he can afford to pay someone to take his place in the army. She leaves home heartbroken to find work as a maid and governess.

She becomes very close to the children, who grow up and begin to leave the home, at which point Félicité becomes closer with her nephew, Victor, who unfortunately suffers a horrible death. A few months later, one of the two children falls ill as well. It seems as though everyone Félicité loves comes to leave her, and yet her sadness does not end with this. To know the ending, you’ll have to read the story!

And once you’ve read “Un cœur simple,” you’ll likely have a hard time resisting the other two stories in this collection, which is entirely available online. 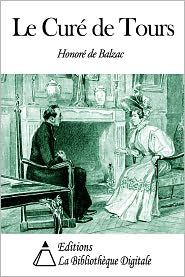 Balzac was a prolific 19th century writer whose entire opus is known as “La Comédie humaine.” He sought to illustrate the entirety of the human comedy, or life’s different situations and characters, by using literature to create another universe similar to the one in which he lived. In his created universe, many characters would appear and reappear in the tapestry of the background of other stories, the main character of one work and a mere extra in another.

“Le Curé de Tours” is a short story that’s part of this collection, which features 93 works and encompasses novels, short stories and plays. It’s a lovely work to read as a beginner, as Balzac saw himself as a fairly straightforward storyteller and his prose tends to be efficient and easy to read.

The novella, which is available in its entirety online, is one of the best known of Balzac’s works and tells the tale of two priests in the city of Tours, each of whom is very different in personality and in ambition. The story follows their adventures and mishaps in the city, as well as their interactions with different people.

Marguerite Yourcenar stands out on this list for two reasons: for one, she’s yet another 20th century writer, for another, she’s a woman—and the first woman to have been elected to the Académie française, at that. The perfect way to dive into the works of 20th century women in French literature. 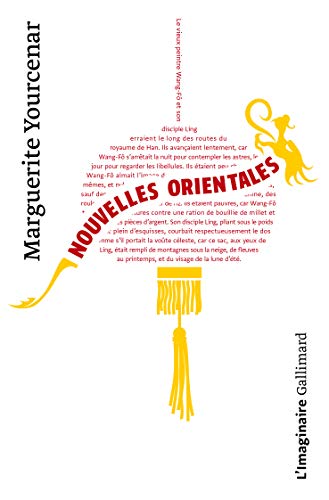 Yourcenar was a very prolific writer: Amongst essays, novels and poems she published several short stories, including “Le Lait de la mort,” which features in the collection, “Nouvelles orientales,” a collection of 10 works encompassing themes from the East. To get a sense of her style, you can watch this animated French version of her story “Comment Wang-Fô fut sauvé.”

“Le Lait de la mort” will at first seem a bit harder to read than some of the others on this list because Yourcenar’s style is a bit more modern. However, with a bit of an awareness of the story before reading, it becomes an easy task to accomplish.

The story tells the tale of three brothers, who have built a tower that seems to constantly be falling down. Local villagers tell them that in order for the tower to stay standing, someone must be sacrificed and buried beneath it. So that they don’t pick someone randomly, they decide that they will choose one of their wives—the one who brings them lunch the next day.

The depth of the symbolism in this story makes it an intriguing one to finish with—it will help you be on your way from beginner to intermediate learner before you know it! 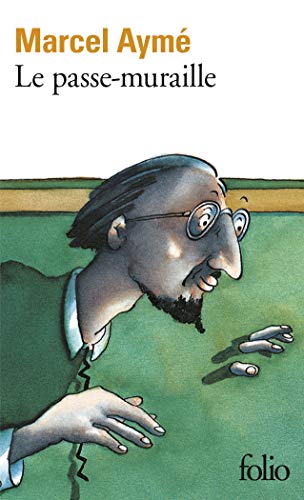 This 20th century short story is a fun one to read for those who have visited Paris, as a tribute to the novel stands on the square bearing the name of the author. “Le Passe-muraille” tells the story of a man who can walk through walls…until he can’t.

If it’s last on our list, it’s for a few reasons: It’s not for complete beginners, but will be great to read for those who have started moving towards an intermediate level. And as the most modern of the works, some will find it more difficult to comprehend, at least at first. But don’t worry! Once you’ve mastered the earlier stories on this list, you’ll be more than ready to tackle this fantasy tale.

Once you’ve started your exploration of the world of French short stories, you’ll soon discover the wealth of this genre and seek out your own nouvelles to love and share!