Where My Native Speakers At? Top 3 Ways to Learn French with Les Français

Instead of waiting until you feel “ready”, why not start speaking with native speakers today?

There’s no time like the present for authentic language practice with real French speakers.

But can you make this happen? There are many ways to start learning French with native speakers, whether you’re able to hop on a plane right now or not, and the advantages of doing so are too many to count.

Straight from the Source: The 3 Best Ways to Learn French with Native Speakers

If you’re in the middle of an English-speaking country, using the internet to find native French speakers is a must. Fortunately, there are plenty of sites that put you in contact with francophones without the need to leave your bedroom!

InterPals is a huge site for making friends with people from all over the world. Unlike Language For Exchange, InterPals isn’t designed exclusively for language learning, but it works as such. Users on this site might be looking for a variety of connections, such as friends, pen-pals, travel buddies or language exchanges.

Luckily almost everyone looking for friends abroad is also looking for a language exchange.

The number of users in InterPals can be overwhelming, but fortunately you can filter people by language or country of origin. That allows you to find French-speaking language partners more efficiently, and also home in on specific dialects or accents.

Users’ profiles are presented in order of last visit to InterPals, which allows you to find people who use the site actively. Like Language For Exchange, InterPals is great for all levels of French learners because users are prompted to specify their knowledge of every language they know.

Jeuxvideo.com and other French-language Forums

Okay, being an avid video game player, I’ve revealed my bias recommending Jeuxvideo.com. If you happen to be into video games, this is a large and active forum where you can talk about them in French.

One of your goals in learning French should be to incorporate the language into the things you love. If you’re not a gamer, no matter—there are French-language forums for just about anything you might be interested in.

The key is to get writing practice with the native speakers on the forums. Pay attention to the words that get used frequently, look out for slang and abbreviations and don’t be afraid to ask for corrections on your own forum posts. You’ll be surprised how this simple way of interacting with native speakers makes your writing more advanced and fluid.

Using forums is best for intermediate and advanced learners who can construct sentences using specific vocabulary and who can interpret informal written French. 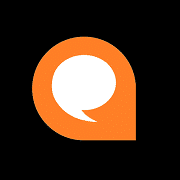 I’m a relatively recent convert to WhatsApp, but it didn’t take me long to realize its benefits for language learning. With Open Language Exchange, you can easily connect with French native speakers over WhatsApp, meaning you can have fun and convenient French chats right from your phone.

A feature I enjoyed about Open Language Exchange is the ability to find native speakers in your own city. In the side menu, input “French” as the language you’re learning and “English” as your native language. Click “Search.” On the next page you can specify the means of communication (including WhatsApp as well as Skype, FaceTime and others), the country and the distance from your location.

Open Language Exchange is a great site for all levels of language learners.

2. Explore the French-speaking Community in Your City

If you have the advantage of living in a city, your language learning quest will be easier. One important reason for this is that cities attract more foreigners, including French speakers.

But even less populated areas are bound to have some French speakers too, especially if you’re located near a college or university (more on that below).

So, how to go about finding them?

Most major cities in the U.S. and other English-speaking nations have French-speaking Meetup groups that anyone can join. I personally attended a great Meetup group in Washington D.C., while many other cities such as Chicago, San Francisco and New York have them as well.

French Clubs at Your Local University

This should be a given to all you college students out there. Almost all foreign language departments have language clubs that operate much like Meetup groups.

In my case, attendance at the French club at my university was mandatory—but I kept attending after the mandatory period ended because it’s a great way to get practice with language educators and native speakers that you might not get otherwise.

What’s more, most groups are open to the public! So don’t worry if you’re not currently enrolled. 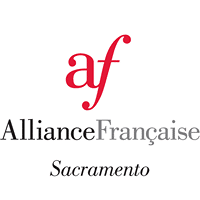 No matter your stage of French learning, you can always take classes from native-speaking teachers at the Alliance Française (French Alliance). They have chapters scattered all over the U.S. as well as internationally.

Their focus is to get you speaking and understanding French in a relaxed environment. The classes have costs comparable to community college course fees.

3. Plan Your Dream Trip to Talk with Native Speakers

Do you have some time on your hands to travel? The hands-down best way to get in contact with native speakers is to simply go where they live!

But don’t stress out about the cost of a flight to Paris just yet. Because French is an international language, chances are there’s a French-speaking country or community closer to you than you might think!

Quebec: French Across the Border

Budget-minded travelers in the eastern U.S. have millions of French speakers at their doorstep. Quebec can be a wonderful destination for talking with native speakers if you can’t currently pay for a trip to France.

Montreal probably has the easiest French Canadian accent for French learners to grasp—but be aware that it’s a bilingual city, and the Montréalais are notorious for switching to English if they detect an accent. A more sure bet to practice French with native speakers could be Quebec City or the vast expanses of rural Quebec.

French-speaking Communities in the U.S.: No Kidding!

Did you know there are native French-speaking communities right here in the U.S.? It’s true!

Just hop in a car and head to southern Louisiana, also known as Acadiana. Here you’ll experience the unique Cajun culture. Although almost all Cajuns speak English, they’re working on preserving their unique French derived from Acadian French and many of them will be more than happy to speak the language with you.

Now, I know that you probably have dreams of seeing Paris, and you should. It’s an amazing city. But it may not be the best place for everyone to learn French.

First, Paris is France’s premier tourist destination. As such, much of the signage, both public and private (think menus) is translated into English. Second, people who live in Paris are more likely to know English due to the prevalence of English-speaking visitors, and may respond in English if they hear your accent.

However, rural France offers interaction with native speakers in a more English-free environment, so you’ll get the most language practice out of your trip. Of course, rural France has many accents, some more difficult for learners than others. I personally recommend rural southern France for learners, like the Auvergne—the French there tends to be a little slower.

The Benefits of Learning with Native French Speakers

The classroom is great for providing a base in French, but it’s only the beginning of your journey. I think that coursework teaches you how to learn French, but the rest is up to you. One thing that’s certain, however, is that interacting with people who’ve spoken French since childhood has enormous advantages.

During the first dinner table conversation, it’s not an exaggeration to say that I barely understood anything! In that moment, I realized that to understand French with ease, you need to go beyond textbook learning. You need to interact with native speakers and hear French as it’s used in real life.

To truly master French, you need to be able to speak both formally and informally. Native speakers can demonstrate all the latest slang, colloquial expressions and casual language quirks that you wouldn’t hear otherwise. They can also point out your mistakes and give you tips to sound more natural.

Prior to chatting with native speakers, I recommend you make preparations so that your conversation and confidence remains stable. This can primarily mean two things: preparing what topic(s) to talk about, or preparing your French skills.

Both can be done by exposing yourself regularly to native content with colloquial French. This can be pretty much any authentic French media, including books, TV shows, movies and videos–all of which are (thanks again to the internet) easily accessible.

Immersion-based French language learning programs can also offer guided teaching to help you prepare for chatting with natives. For example, FluentU teaches with a library of authentic French videos. Each video comes with interactive captions that explain in context the vocabulary, slang and expressions used, so that you could learn how to apply them in real conversation.

Preparation can help you reap the full benefits of talking with native speakers, both on the learning and social aspects. It can also give you the confidence to maintain the conversation even when you stray from your original planned talking points.

The key to true fluency is understanding how a language is actually spoken. That means having an ear (and a mouth) tuned to all the subtleties of French. Of course you can go a long way to mastering French without interacting with native speakers, but only native speakers can unlock the door of “real” French.