How to Introduce Yourself in French: Every Step from Bonjour to Au Revoir

What’s the most important first step when learning French?

Is it mastering essential daily French phrases? Is it memorizing travel vocabulary?

Actually, unsurprisingly, for some of the first conversations you’ll have in French, you need to know how to introduce yourself.

These simple phrases will boost your French-speaking skills and give you confidence in your early French conversations. 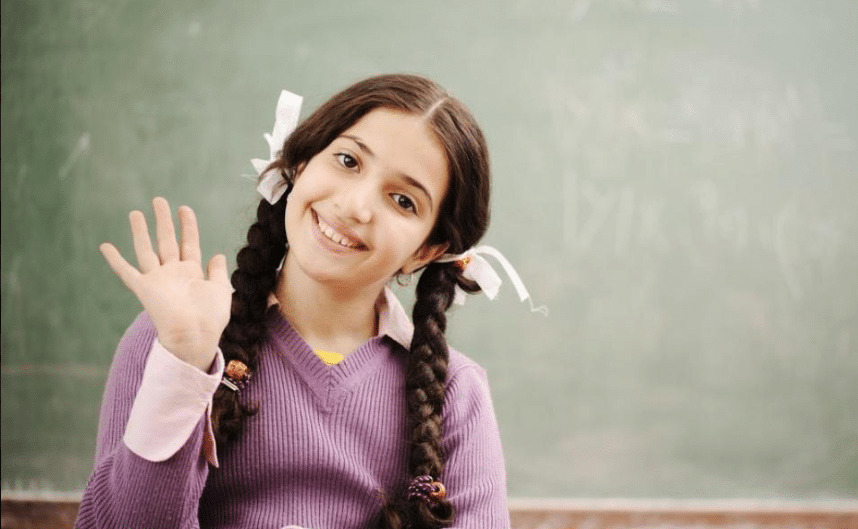 First things first: greetings are how almost all conversations in French will start.

This is true whether you’re greeting a friend, answering the phone or meeting someone for the first time. Additionally, when you enter a boulangerie (bakery), épicerie (grocery store) or bistro (small restaurant), it’s generally expected that you greet the employees there even if you don’t necessarily require service at that time. Remember: a small gesture of kindness will go a long way, and perceptions of the stereotypical “French coldness” comes from an ignorance of French customs.

A good, middle-of-the-road greeting is bonjour (good day). This can be used at most times of the day, primarily the afternoon, and it’s almost as universal as the English “hello.”

Keep in mind, however, that this can change depending on the time of the day: say bon matin (good morning) for the morning and bonsoir (good evening) for the evening. You could also say bonne nuit (good night), but that’s generally used to say goodbye when it’s late at night or when you’re heading to bed.

Salut (hello) is a great way to greet someone without being bound to the time of day.

Lastly, if you’re talking to someone on the phone, answer with âllo (hello).

Introducing Yourself in French 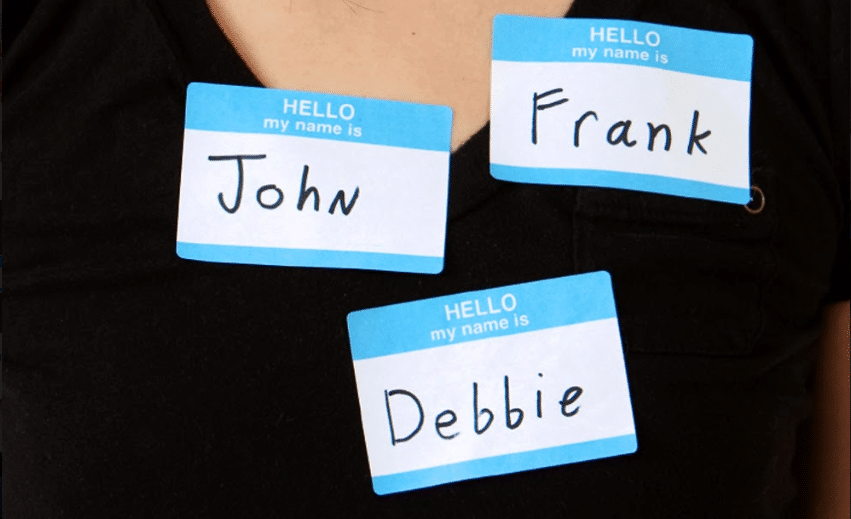 You killed the greeting. Great job! Now it’s time to take the conversation to the next level. While you may not want to further your conversations with shop owners or restaurant servers, meeting a local on the street or a fellow guest in your hotel is a great place to make a French friend.

When someone wants to know your name, they’ll ask comment t’appelles-tu ? (What is your name?) This is considered informal language, and it literally translates to, “how do you call yourself?”

To answer this question, begin your sentence with je m’appelle… (I call myself…) and then say your name.

You could also say je suis… (I am…) and then state your name.

Basic Information About You in French

Now that your conversation partner knows your name, they may want to know some more information about you! Sharing basic information is the first step to making French friends and acquaintances.

It’s always good to meet people, but French-speaking friends are especially valuable if you’re trying to learn the language. They can help you with tricky aspects of language-learning as well as introduce you to the culture of France and the Francophone world. 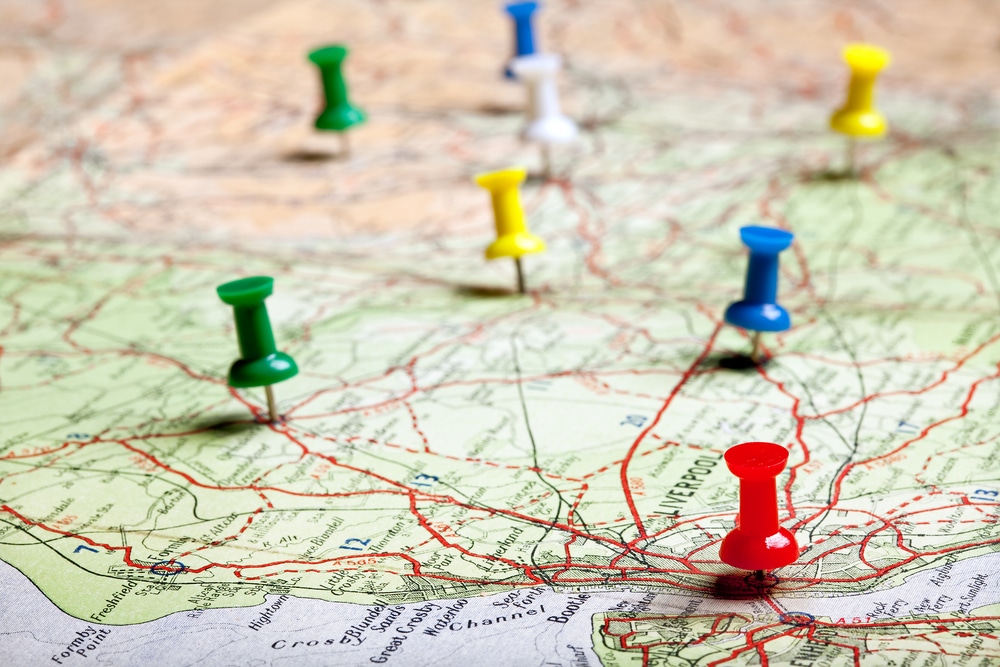 You can answer this question by saying je viens de… (I am from) and the name of the place.

You can answer the question J’habite à… (I live in…) and the name of the city where you live.

Don’t forget to ask the same questions in return or simply ask et vous ? or et tu ? (and you?) to keep the conversation going.

Are you interested in learning how to say country names in French? Practice with this quiz from Sporcle! 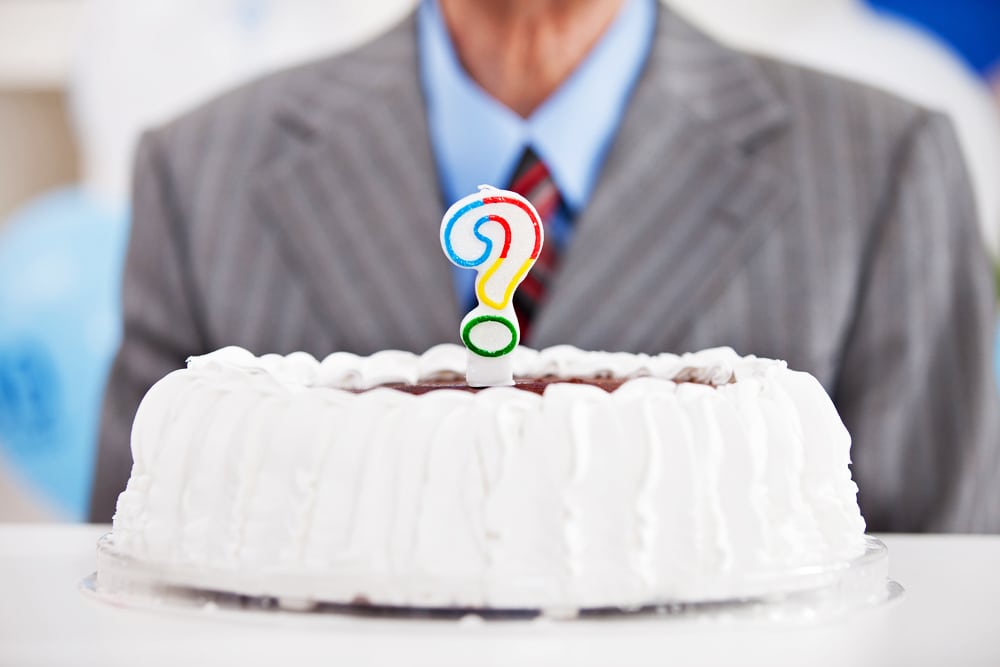 As in many parts of the world, it’s sometimes perceived as impolite to ask about age in France, especially if you’re a man asking a woman her age.

You’ll notice that in French, you use avoir (to have) when talking about how old you are, not être (to be). So, it’s kind of like saying: “How many years do you have?” “I have ___ years.” 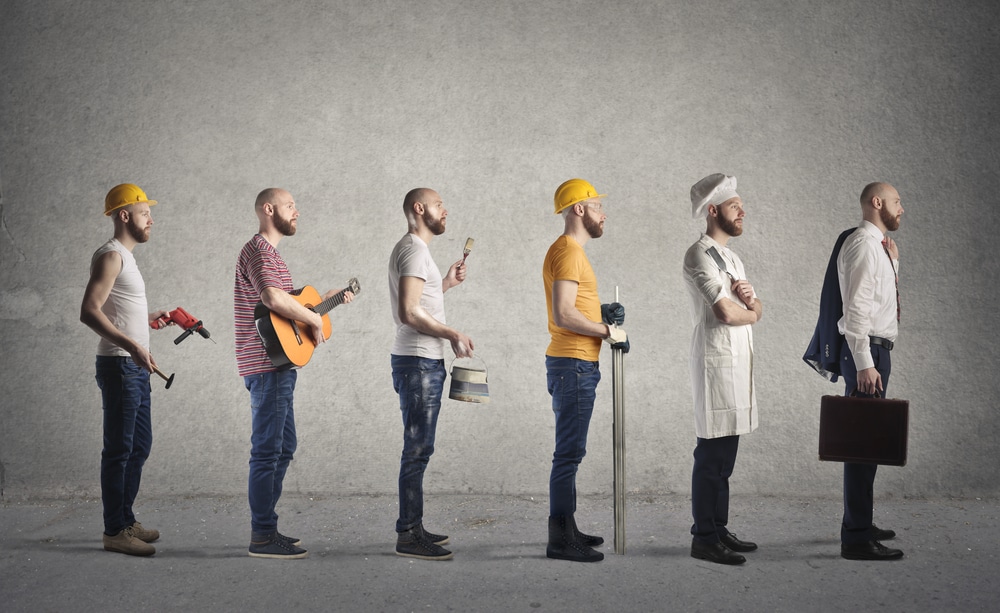 To say what you do, simply say je suis… (I am) and state the job or profession.

Keep in mind that you don’t add the word “a” (un or une) before the job in French in this context. For example, you would simply say je suis professeur for “I am a teacher,” which would literally translate as “I am teacher.”

Since this is a question you might get asked a lot, it’s a great idea to memorize the name of your profession in French before embarking on your French conversation journey. That way, you won’t get flustered when it comes up!

And in order to understand your conversation partner’s response, you’ll want to have a solid vocabulary base of French professions. To practice popular profession names in French, try this quiz from Lawless French. 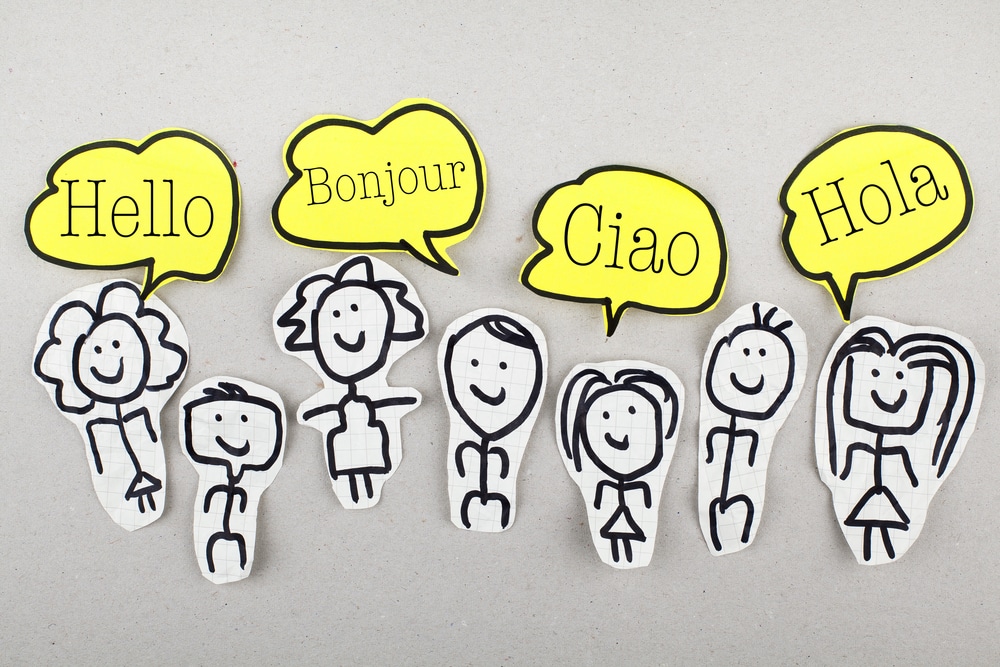 To answer, you can say je parle… (I speak…) and then name the language.

You can add multiple languages by linking them with et (and).

You can also say what languages you’re studying by saying j’étudie… (I am studying). For example, as a learner, you might say je parle anglais et j’étudie français (I speak English and I’m learning French). 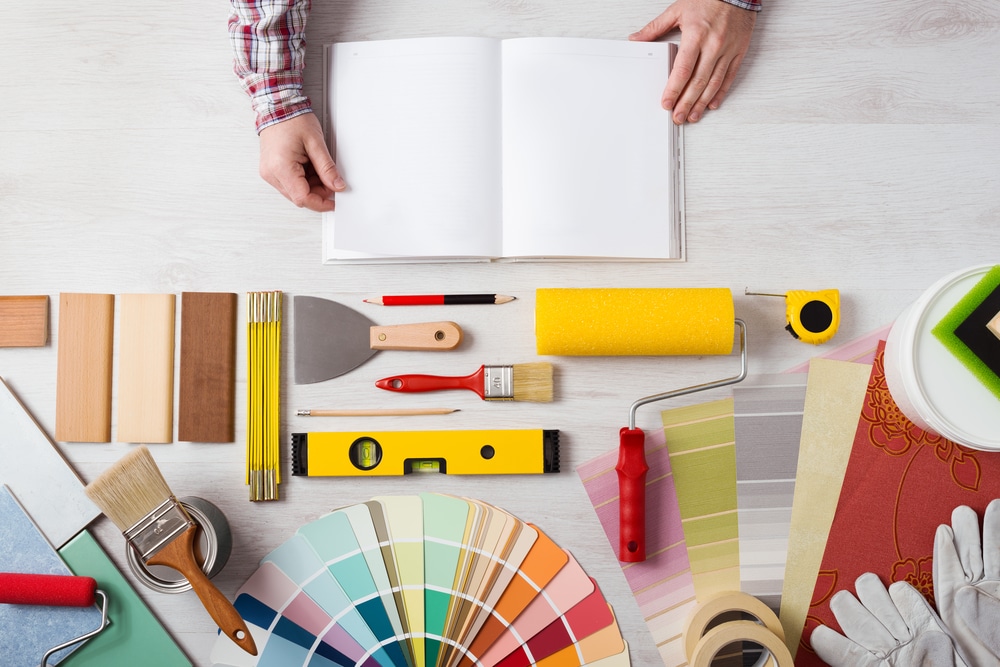 Okay, your conversation is going well: you’re past the basics and now you need something interesting to talk about. This is a great time to discuss interests and hobbies.

To answer, you can say j’aime… (I like) and then list a noun or a verb. For example, I would say something like j’aime voyager, lire et étudier les langues étrangères (I like to travel, read and study foreign languages).

I would recommend looking up your hobbies and interests in French so you’re prepared, and then taking a look at this Sporcle quiz of common hobbies. 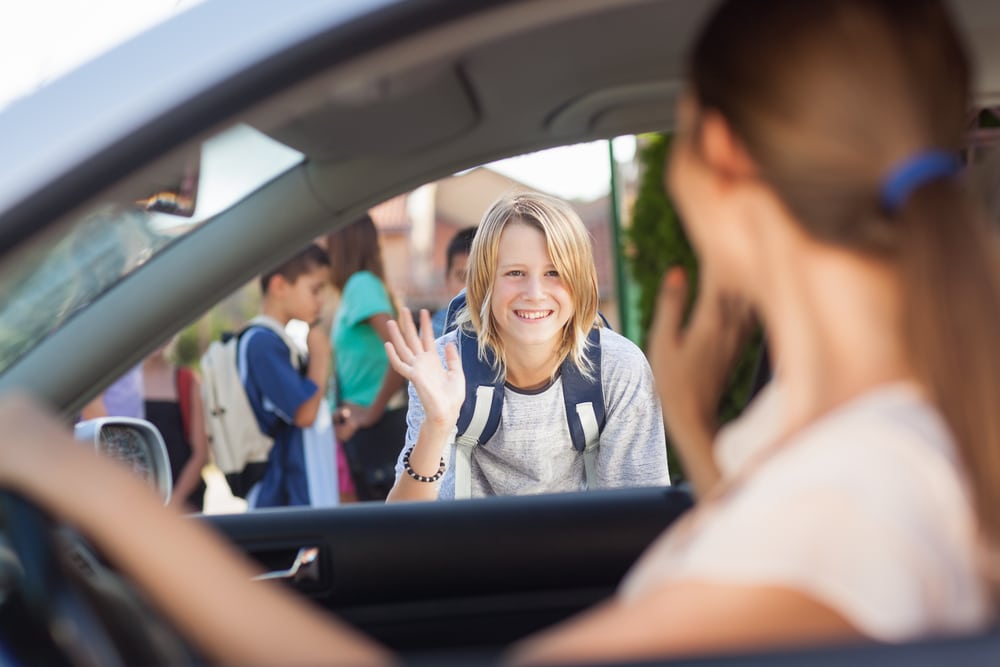 All good things come to an end, don’t they?

When the conversation is over, you could simply say enchanté (charmed) to indicate you’re happy to meet someone.

Note the difference in pronoun use here. In the first sentence, you are using the possessive pronoun votre (your), whereas in the second, you have to use the object pronoun vous (you).

How to Practice French Introductions in the Real World

At this point, you may be thinking: sure, reading and typing these greetings is one thing. But what about when I actually want to say them?

We don’t all have the opportunity to step out the front door and introduce ourselves to a native French speaker. But that’s no excuse not to practice your French listening and speaking skills!

Fortunately, we live in the age of the internet, and there are hundreds of resources online where you can learn and practice your French greetings: check out the language exchange apps HelloTalk and Tandem for meeting and greeting native French speakers through voice messages and calls.

Video-based apps are also handy for those who feel a bit shy and want to practice in a low-pressure environment. On FluentU, for instance, you can search for authentic French videos that include the introduction you wish to practice. This way, you’ll be hearing introductions from movie and show clips, interviews, inspirational talks, vlogs and other native French media. 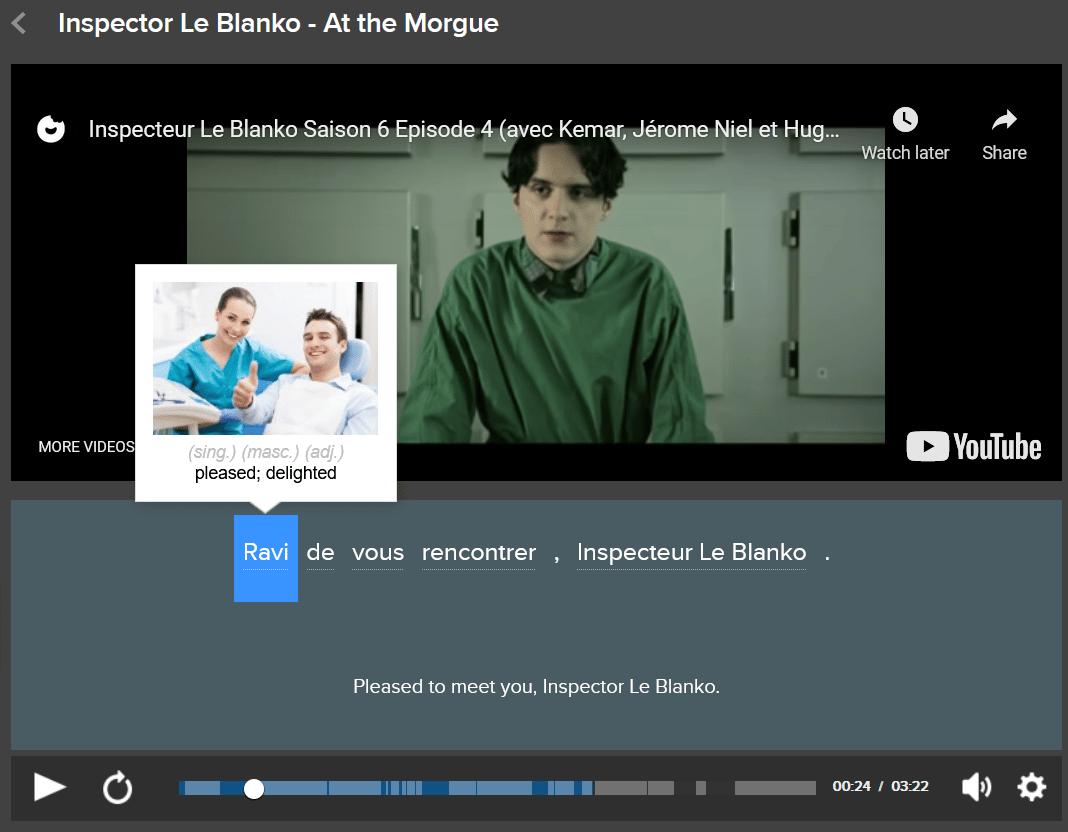 By listening to native speakers in context, you can pick up on the nuances of these greetings. You can save them as flashcards and practice them through adaptive exercises, so you’ll never be at a loss for words when the time comes to actually introduce yourself.

You can use FluentU in the browser—but if you download the iOS or Android app, you’ll also get to practice speaking these words and phrases out loud thanks to the voice recognition questions incorporated into the quizzes.

And with that, my friend, I say adieu (goodbye)! You’re off to your first French conversations. Remember—every bonjour or bonsoir could be the first step in a friendship that lasts a lifetime.