Did you hear the one about the chicken?

How about the naughty schoolboy?

We love jokes just as much as the next guy, and as it turns out, they can be really helpful when you’re learning a language!

Every culture in the world has its own unique set of funny stories and punch lines, and jokes are a great way of immersing yourself in the silly side of French.

Don’t be fooled by national stereotypes. Although the French may appear to be super serious and all about culture and the arts, deep down, they’re really just a bunch of jokers.

But why are jokes such an important part of the French language?

How Learning Jokes in French Can Help Your Conversation Skills

They help break the ice

Approaching new people can be daunting in any language, but when you add in the challenge of speaking in French, it can be a really unnerving prospect. Telling a joke in French is a great way to loosen up and to allow the people around you to relax, too. Making others laugh works wonders for your confidence, and will make conversations down the line much easier.

They help you understand the French language and culture

There’s a lot more to French culture than meets the eye. While we all may look up to the country’s effortless style and eye for art, the French also have a much more playful side, and some of that connects to how the language is constructed. Understanding what makes the French tick and discovering double meanings of words are just a couple of great reasons to take a look at French jokes.

They’re a great way of having fun with the language

Above all, we learn languages because we love them. While it’s important to watch out for the technical side of French, that’s not to say that the language can’t be fun. Making jokes part of your learning routine is sure to shake things up and might just be the change you need to really get motivated! What’s more, you’re much more likely to remember things that leave a lasting impression on you, and jokes are guaranteed to do just that.

Even if you’re not a big joke teller, taking a look at the funny side of French can be a really useful and enjoyable exercise. Like in all other languages, certain French words have multiple meanings which, if used in a certain way, can be really humorous. Picking up a French joke or two will teach you a ton about the language and might just make you giggle, too. And really, what’s better than that?

(This is the story of two potatoes. One of them is run over and the other one says “Oh purée !”)

Who doesn’t love a good potato joke? While this pun doesn’t do much in English, when told in French, the joke hinges on a play on words. In the French language, the exclamation oh purée is used as a way of showing shock, or saying “goodness!” At the same time, purée, if you’re talking about food, is the French word for “mashed.” So one little potato is run over by a car, and in response, the other says “oh my goodness / mashed potato.” Clever wordplay, and surely worth telling!

(What is small, round, green and goes up and down?

A pea in an elevator!) 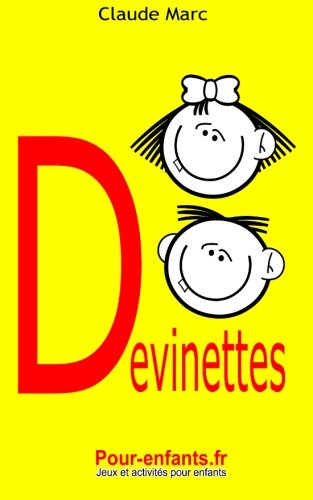 If you have young children, or know any who speak French, this is a really great joke to know and use. One of the more purely silly jokes, it’s a wonderful example of French playfulness and wry humor. The joke is exactly what it seems to be, and that’s why it works so well!

If you’re interested in more child-friendly jokes, “Devinettes pour enfants” is the perfect resource to have on hand. It tends towards wordplay, and has great content for practicing your French.

(Toto is at school and asks if he can go to the toilet. His teacher says no.

Then, she asks Toto, “Where is the largest river in the world?”

“Under my bench,” he answers.) 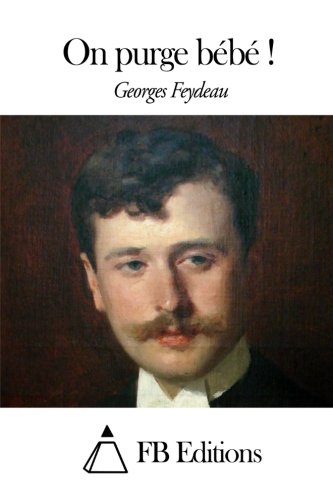 Toto is a popular figure in French jokes and pops up time and again. He made his debut in “On purge bébé,” the vaudeville play (and later film) by Georges Feydeau. (Feydeau’s work is broadly useful for French learners.)

Toto stands for the archetypal naughty schoolboy, often answering back, forgetting his homework and generally being a bit of a mess.

(The teacher asks Toto, “Conjugate the verb savoir in all the tenses.”

This joke is a perfect example of the multitude of meanings present in different French words. Les temps in French is probably translated most commonly as “the weather,” and is used to describe how the day has been. However, temps can also refer to verb tenses, such as the present tense and past tenses, which is the way that it’s initially used in this joke. 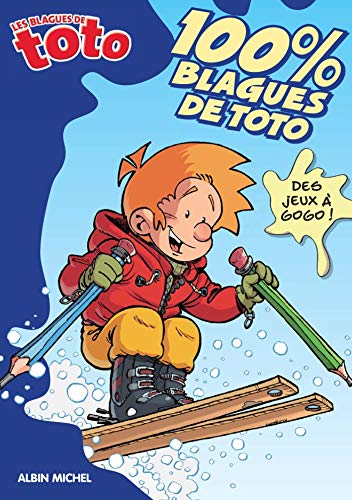 As in this joke, Toto normally takes the questions his elders ask him at face value, answering honestly but cheekily. True to form, Toto misunderstands his teacher’s question and, as a result, makes a fool of himself. It just goes to show how careful you have to be when speaking French—you don’t know what will trip you up next!

While he is undoubtedly a terror, Toto serves as a great example of the multiple ways the French language can be used and interpreted, also sometimes serving as a warning of how not to use it!

There are hundreds of Toto jokes to be enjoyed, and if you want more, there are a number of written compilations of the series.

(What are the two oldest letters in the alphabet?

A great example of the potential humor in French pronunciation, this joke only really works when told in its native form, and out loud. Spoken in French, the letters A and G sound like the word âgé, which translates as “aged.” In that sense, the letters A and G have to be the oldest in the French alphabet!

(The teacher asks Toto: What is the future of “I yawn”?

Toto rears his head once again in this joke, and while there’s no play on words present, it’s still a great one to use in conversation with a French person. As in the other examples, Toto’s response can’t really be considered dishonest as it does tell the truth, albeit in a somewhat clunky way.

The naughty schoolboy is a great character to rely on when you want to say something a little cheeky, but don’t want to get yourself in a sticky situation. In the joke, Toto shows how the meaning of “the future” can be misconstrued and, when understood as a literal progression in time, can cause no end of confusion.

(Two translators are talking aboard a ship.

“Do you know how to swim?” says one of them.

A great way of poking fun at the process of learning a language, this is a brilliant joke to pull out in any social situation. Most of us won’t get a chance to use French in an emergency situation (hopefully!), but if we do, it sure does pay to know the word for “help.” If you’re struggling to remember, this joke is a great tool to have on hand, and is sure to serve you well in any situation!

There’s wordplay aplenty in the French language, and no end to the jokes about the name of Mr. and Mrs. such-and-such. This is actually a great joke to use in many languages, as the word for “jacuzzi” tends to be universal. If you want to find out more about the multiple meanings found in French first names, the “Mr. and Mrs.” series is a great one to hunt down. They’re relatively short, simple to remember and normally make people laugh!

(A mother lemon says to her children: “To live for a long time, you must never be pressed!”)

Another great example of French play on words, this is a very popular joke in France. To être pressé means to be rushed, or literally, “to be pressed (for time).” Of course, the verb presser means to be squashed. In relation to fruit, pressé is understood with this second meaning, so the mother lemon advises her children both not to be rushed and not to be squashed in order to live for a long time. Clever!

(A thief is on the twentieth floor of a building. Suddenly his foot slips and he falls down.

The police say: “This was his last flight.”)

Proving that the French love nothing better than a bit of wordplay, this joke makes good use of the double meaning of the word vol. Meaning both “flight” and “theft,” vol can be used to say either thing. In the context of the joke, however, it stands in for both, and while the robber might meet a somewhat grisly end, his fate serves a humorous and useful purpose for French learners! 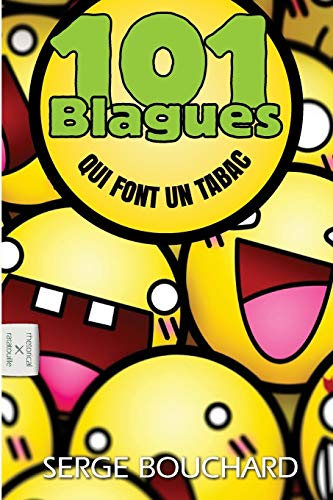 There’s a whole world of French to be learned from native jokes.

Adding a funny punch line to your understanding of the language will not only give you a bit of fun but also might teach you a thing or two along the way.

If you’re looking for more jokes, “101 Blagues,” and “Learn French with Jokes” are great resources.

Laughter just might be the best way to learn, and that’s surely a perfect reason to have a little more fun with your French.