Get Lost in These 6 Captivating French Movies with Subtitles

Just not feeling it.

Ever spent a night clicking through Netflix without ever actually finding something to watch?

Best of all, they come with subtitles for easy watching and a serious French skills boost.

So stop surfing and go grab the popcorn already!

6 French Movies You Can Stream with Subtitles Tonight

A quick note before you binge this list: if you want to be 100 percent sure that any video you choose to watch has subtitles, FluentU is for you.

The video library is huge, and contains authentic French videos. That means you can watch the same videos that native speakers watch. Best of all, you can be sure you’re getting something out of it, even if it feels like entertainment. FluentU actively teaches you French, since each video has interactive subtitles, explanations, quizzes and vocabulary notes. Give it a try on the website or download it at the iTunes store or Google Play store! 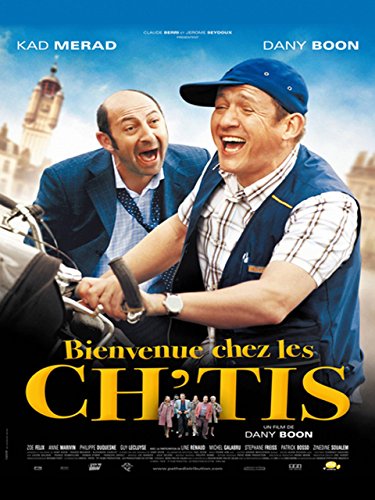 “Bienvenue chez les Ch’tis” shows, in a hilarious way, the diversity between the different regions in France. It’s a great way to learn about these regions’ dialects and, yes, the stereotypes and clichés that French people are familiar with.

The movie centers on Philippe, who tries to get transferred to the French Riveria so he can move there with his family—and thus help his wife recover from depression. However, this is a lot harder than expected and things start to go wrong when he’s caught trying to scam an inspector.

Ultimately, his superiors don’t fire him. Instead, they send him to Bergues, a small town in the north of France. Could there be a worse punishment?

This region is known for its hard winters and the residents are stereotyped as hard-drinking and ignorant people. However, Philippe soon realizes that he was afraid of prejudices and that his new life isn’t so bad.

This French drama based on a true story has won 35 awards and 40 nominations all around the world. The incredible movie speaks about social problems in Europe, and the indifference towards them from some sectors of the society, so you can learn a lot from this story.

The two main characters show how different people can be, even if they both live in the same city and, supposedly, are part of the same culture.

On one side of the story, Philippe is a millionaire who lives in the center of Paris. With his secretary’s help, he’s trying to find the best person to work with him as his assistant. It’s a hard job, as Philippe is quadriplegic and needs someone who can help him to eat, get dressed and also someone who’s willing to move into the house, as the assistance can be needed at any time.

On the other side, Driss is an African-French man in his late 20s who lives in the north of Paris with his family. He’s required to look for jobs to keep receiving his unemployment benefits and needs the signature of a prospective employer to prove it.

When they meet at the job interview, Driss only brings his documents from Social Services, but Philippe still sees something in him.

Instead of just asking his secretary to sign the documents, Philippe offers him a trial.

Astonished, Driss accepts, and although things aren’t easy in the beginning they become excellent friends.

To find out if you’d like this film, check out the following video, which breaks down the trailer with the FluentU program so you can see exactly what kind of vocabulary you can learn from the movie! 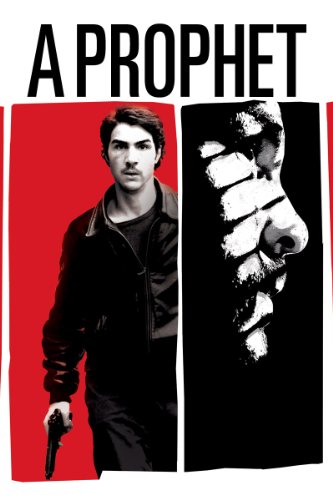 “Un prophète” tells the story of 19-year-old Malik El Djebena, who’s sentenced to six years in prison for a crime that he didn’t commit. He can’t read or write, and due to his hard life without any friends or family to rely on, he’s mistrustful yet wise.

In prison, he’s noticed by both the Corsican and the Muslim gangs. Amid the environment of violence and corruption, Malik just wants to finish his sentence, get out of prison and live his own life. He tries to stay away from the arguments between both groups but eventually must connect with some dangerous people in order to survive.

Ultimately, Malik ends up killing on orders from the Corsican mobster, as a condition to accept him in his gang and offer him protection. He gets deeper and deeper into the gang enterprises, but his desire to get a better life and his willingness to do whatever necessary to achieve it will cause him trouble with both gangs.

The movie “Être et Avoir” has received eight awards and seven nominations since 2002. This movie isn’t just an excellent production, but also evidence that you don’t need to attend a fancy prestigious school for a great education.

The documentary centers on a school in rural France, where there aren’t many families with children since most locals work on farms or the fields. Due to this isolation and the lack of schools in every town, children often have to travel many miles for their education.

The movie shows how 12 students from ages four to 11 are all taught by one teacher, Mr. Lopez. At school, Mr. Lopez teaches the children to count, to read, to cook, how to get along and encourages the older students to keep studying.

Not only that, he sometimes becomes a psychologist and a friend, especially to the older children. 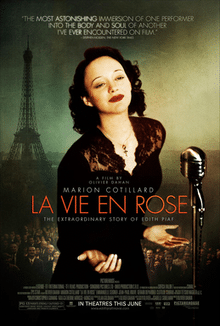 This movie is a wonderful piece that captures the essence of Edith Piaf’s famous line, Non, je ne regrette rien (No, I don’t regret anything). It captured the critics in part due to the spectacular cast. It stars Marion Cotillard as renowned French singer Edith Piaf, as well as other big names like Gérard Depardieu.

La Vie en Rose (which literally translates to “Life in Pink”) tells the story of Piaf, also known as La Môme Piaf or the Little Sparrow, and her hard life.

Piaf was born in Paris in 1915. Her mother was an alcoholic singer who abandoned her in the street. Her father was a circus worker who used her in his shows.

Meanwhile her grandmother, with whom she lived during some periods of her life, was a madam at a brothel, so little Edith was raised by the women there and learned many songs from them.

She lost a child and started drinking and taking drugs and alcohol early in her life.

She would be discovered later on singing in the streets at the age of 19, thanks to which she gained notoriety and fame, but chaos would always be a part of her life. She died in 1963.

Cotillard speaks her lines fairly quickly, but with the help of the subtitles, you’ll manage to understand most of it. 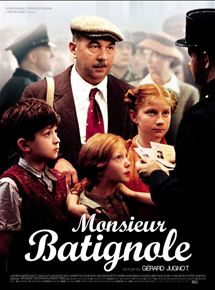 This is definitely a “must watch.” It centers on the deportation of thousands of Jews to the camps during World War II. It’s different from other World War II movies you might see from Hollywood, and it’s always interesting to learn the facts from a different perspective.

Edmond Batignole is the owner of a grocery store in Paris and, while he’s apolitical, his daughter’s boyfriend is a French writer with contacts in the SS. They move into an apartment after the boyfriend gets a Jewish family who was living there arrested.

However, a young boy in that family named Simon manages to escape the Nazis and returns to his home. Batignole decides to hide him in the old servant’s room, on the last floor of the building, and feed him for days while he tries to find an option to help him escape to Switzerland. He later discovers that Simon’s cousins are also alive. Batignole ultimately decides to take a dangerous trip to Switzerland to smuggle all the children to safety.

Nowadays, only a picture ID is needed to cross the border between these two countries. Back in the day, a passport was required and it wasn’t easy. Many thousands of families tried to escape by foot, even if that meant taking the risk of being caught.

These subtitled movies should give your French skills a boost while wrapping you up in compelling stories!