“Good evening, Madam. Would you like to see a movie with me tonight?”

“That sounds lovely. Do you have a preference?”

“Perhaps we can decide on a film once we arrive at the cinema.”

“Wonderful. Shall I drive?”

Can you imagine saying this to a friend!?

You would never speak so formally in English to someone you’re close to, but you probably do this accidentally all the time when speaking in French!

At the beginning stages of learning a language, we tend to have a harder time distinguishing between formal and informal speech. Luckily, practicing with French dialogues between friends can solve this problem and make sure you don’t embarrass yourself with your new French besties!

We’ll show you nine of our favorite example French dialogues between friends to learn informal conversation skills. You’ll be able to listen to, watch and/or read the conversation, and take advantage of the bonus learning tools they come with.

Why Practice French with Dialogues Between Friends?

One of the most important steps to fluency is understanding how to speak in formal situations—such as meeting someone for the first time or going to the doctor’s office—versus informal ones, like conversations you might have with friends or family.

The main change to keep in mind when speaking French with friends or in other informal situations is that you have to use the pronoun tu (you, informal) rather than vous (you, formal). And remember that you’ll have to conjugate all verbs according to the pronoun.

Practicing with dialogues between friends is a great way to not only get comfortable choosing the correct pronoun but also to distinguish differences of formality in vocabulary. Just like in English, you certainly wouldn’t use the same language with friends as you would when speaking with a professor or your dentist.

Learning through dialogues between friends ensures that you pick up the latest colloquial language, especially slang, and makes your French sound more natural.

How to Apply What You Learn in the Dialogues

To get the most out of French dialogues between friends, you need to incorporate what you learn into real French conversations. Here are some practical ideas to do that:

There are endless scenarios you can practice, like meeting a friend at a cafe, going to a restaurant with friends or seeing your friend at school.

If you prefer to attend a language exchange in person, check for local groups on Facebook or see if your city has a language club on Meetup. If you can’t find one, consider hosting one yourself! 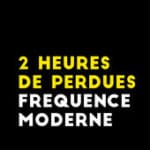 Many podcasts are free. One of my favorites is 2h de Perdues (2 Lost Hours) in which a group of friends discusses movies they think are horrible. It’s really funny and will help you get used to the intonation and nuances of French comedy.

Besides developing the ability to speak more like a native, these dialogues will help you make new French friends as you’ll be able to communicate with them more confidently and naturally.

As a bonus, practicing with dialogues sneaks in some extra vocabulary lessons, depending on the conversation’s topic.

If you’re ready to begin, here are nine excellent French dialogues between friends to get you started!

Podcast Français Facile is a French language website with tons of great dialogues for learners. They have a whole section specifically for dialogues with friends (scroll down to “Entre amis,” or “Between friends”) and one of my favorites is this dialogue about being sick.

The conversation is between two friends, one of whom doesn’t feel well. The other friend tries to convince him to go to the doctor and offers help.

You’ll have both a French script of the dialogue and a French audio clip to go along with it, and you’ll no doubt pick up some words and phrases about wellness and going to the doctor along the way.

Linguim is a free language learning site with lessons for all French levels.

I particularly like their dialogue lesson because they list two dialogues back-to-back—one is a formal conversation between a caller and an office secretary and the other is an informal chat between two friends talking on the phone.

The idea is to compare the two and try to notice all of the differences.

The dialogue between friends shows how to make plans with people on the telephone and is quite different from the formal conversation. You’ll notice tons of changes such as the greetings, pronouns and vocabulary choices.

You get to see both the French text and its English translation, and there are exercises to practice converting formal sentences to informal ones and vice versa at the end.

YouLearnFrench provides a large number of videos and other learning resources and has many dialogues to choose from on YouTube.

This conversation is great because it teaches you some very informal expressions such as Quoi de neuf? (What’s up?).

You have both the French text and its English translation displayed while you listen to the French audio. Plus, there’s a pause after each French sentence to give you time to practice repeating it correctly. 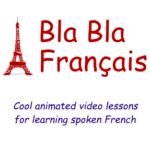 g many different kinds of French lessons. This dialogue explores gossiping with a friend about a party that took place last Saturday.

The two friends discuss people they know and one tries to convince the other to share someone else’s secret.

You’ll get French audio and the corresponding script, plus a written English translation. The best thing about this dialogue is that it’s further broken down with explanations of certain colloquial phrases and words.

Finally, there’s a small multiple choice test to see how well you understood the lesson. 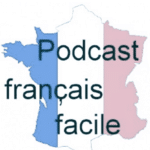 Here’s another excellent dialogue from Podcast Français Facile, this time between two friends arguing over what movie to see.

Along with access to the French audio and script, you’ll get to learn some terms associated with the movie theater and watching films.

Additionally, this dialogue comes with some open-ended and true-or-false questions to test your comprehension of the conversation.

They discuss a wide variety of topics like social media and their weekly plans, so you’ll learn a lot of current vocabulary about the internet and technology. They also reference some French culture when they discuss a popular French game called pétanque.

To help you understand what’s said, they’ve added French captions to the video.

This is another great dialogue from YouLearnFrench that shows you how to invite someone to your birthday party.

The conversation uses a mix of commands, questions and imperative sentences so you’ll see the informal tu pronoun many times along with the different ways of appropriately conjugating its corresponding verbs.

Like the other dialogue from this YouTube channel, it comes with the French text and a written English translation in addition to the French audio. It also pauses so you have time to repeat the phrases.

OUINO: “Having a Friend Over”

OUINO is a French learning system with lots of online resources, including many dialogues. In this conversation, you’ll learn how to interact with a friend who’s come over to your house.

This particular dialogue is a good one because it shows you the French text and English translation while you listen to the French audio. Additionally, the audio goes over each sentence twice, once at a normal, natural pace and the second time very slowly so you can understand the pronunciation.

Now that you’ve got plenty of resources at your disposal, there’s absolutely no reason you should sound stuffy and formal with your new French amis (friends)!