If you can do this with ease, then you already start with a good chance at mastering the tongue twisters featured in this post.

Did you put some extra effort into this, or find yourself laughing at yourself for stumbling a little? Then, with that positive attitude, you have an even better chance.

No matter the language, tongue twisters are a fun way to help out with pronunciation when trying to learn new foreign syllables, words and phrases (or even mastering the ones in your own native language).

The main purpose of this article is to provide you with excellent Chinese tongue twisters that you can practice with right away.


Why Practice Chinese with Tongue Twisters?

Mandarin Chinese is pretty much the ideal language for crazy tongue twisters.

Language learners attempting to speak it find that tongue twisters really aid them in focusing on all the different tones that form the words and the meanings that go along with them.

Many people believe that Chinese tongue twisters are a lot harder than English ones and, well, they might be right. They can get super subtle and tricky, even for natives.

However, because of this, they’re an awesome way to really get you to practice not only a vast amount of Chinese words to help boost your vocabulary, but to also become more proficient with all of the diverse tones that make each word so unique. After all, tones are key to speaking fluent, comprehensible Chinese.

While learning tongue twisters may seem a little scary at first, most of the ones featured here are relatively short and simple. If you start slow, you’ll find that things are less difficult than you thought.

In other words, it doesn’t even matter what level of Chinese speaking you are at, because there are tongue twisters for learners of all levels! The following are 20 Mandarin tongue twisters that can help anyone who’s wanting to work on their foreign language speaking skills by partaking in an amusing and creative activity.

Also just keep in mind that a large part of communication is listening, so in addition to practicing your speaking with the Chinese tongue twisters below, you’ll want to make sure you get in plenty of listening practice. An especially easy and fun way to do this is with FluentU.

“The Lion-eating Poet” is one of the more modern poems on this list, yet it’s so profound that college professors have actually put a lot of time and effort into researching its true meaning.

This is perfect for those already familiar with some Chinese who want not only a fun tongue twister, but a good brain teaser as well.

Of all the combinations in the world, pear and mud usually don’t come to mind. When it comes to learning Chinese tongue twisters, there couldn’t be a better pair!

Pear and mud
atop the tree, there is a pear
atop the ground, there is mud,
the wind knocks off the pear,
the pear falls to the ground,
the pears rolls on the mud,
the mud sticks to the pear.

While the topic of bamboo poles may not be the most exciting to talk about, it makes for such a fun tongue twister!

“Bamboo Pole” helps speakers with the -ing, -ong, –eng and -ang sounds as well as the various Chinese words that can be created from them.

Who knew that stating the obvious repeatedly can help you with your language learning?

It’s true. While this tongue twister may sound complicated when you hear it for the first time, the meaning couldn’t be any simpler.

The following is what this tongue twister consists of:

Four is four.
ten is ten,
fourteen is fourteen,
forty is forty,
forty-four is forty-four.

See? It’s not so bad because both the numbers four and ten translate into shi, just with different tones. And if you’ve really been paying attention, then you may have noticed that it’s very similar to another tongue twister on this list. Do you know which one?

If you guessed that it’s similar to “The Lion-eating Poet” tongue twister, then you’re right!

Although the actual characters in both of the tongue twisters are different, both contain words that are only pronounced with the shi sound.

There’s a longer version to this tongue twister that includes the above while also describing how 40 is 40 but not 14, but let’s just keep it simple, shall we? You should get the idea of this one by now.

A tongue twister that teaches you the proper way to eat grapes. Be prepared to have your mind blown. If you eat grapes, this tongue twister will make you realize that you’ve been eating them wrong this whole entire time! Who would have thought that people needed help with eating grapes correctly?

Here’s probably one of the most famous Chinese tongue twisters:

Makes a whole lot of sense, doesn’t it?

There once was a bird and a cat… where the rest of story goes from there is totally up to you, but either way, one of these animals is probably going to end up worse off than before since they’re not known for getting along with each other.

This tongue twister explains what most likely happens when these adversarial creatures come together, all while helping you with niao and mao sounds.

Ever wanted to know about two people living in the same village who have almost the exact same name? In the end, it asks which person has the rounder eyes which is random, but at least learners will be able to practice their yan and yuan pronunciations.

Be prepared for one of the shortest Chinese tongue twisters ever.

Unlike most of the other tongue twisters on this list, “The Monk and the Mute” is more detailed and elaborate in that it sort of tells a story.

Since it’s longer and contains more Chinese vocabulary words than a typical tongue twister, it will probably take longer to memorize. Once you finally get it down, you’ll be sure to impress.

By the way, there’s actually a song for this tongue twister! (Note it has been modified slightly.)

Bird lovers will surely appreciate the pure genius that is this next tongue twister.

For all of you romantics out there, this tongue twister was specially chosen for you! Brace yourselves though, it’s a slightly longer and more complex one.

If you have trouble getting the hang of this one, at least the creator of this tongue twister admitted that they wanted to make you confused, so don’t feel too bad!

Although this is just a tongue twister, truer words have never been spoken.

The tongue twister titled “Xi Shi” is derived from a Chinese woman who was said to be so beautiful that she was considered one of the four beauties of ancient China.

Once again, the shi sound is used to form words and a phrase. You should be a pro at pronouncing it by the time you’re done reading this post!

Not too many people get to see their mothers riding horses, but if you’re one of the lucky few who do, try to tell you mother (妈妈 – Mā mā) this one next time she does to show off your great Chinese speaking skills!

Just make sure you practice this one really well before you say it because if you don’t you might accidentally call her a horse (马 – Mǎ) and she probably won’t be very pleased with you.

Mother rides a horse.
The horse is slow,
mother scolds the horse.

Unlike many other tongue twisters, this one is pretty realistic since mothers are known for scolding people (and animals), right? Again, just make sure that you know which form of ma you’re pronouncing!

If you ever want to make your teacher feel older (or younger depending on the teacher) then consider practicing this awesome tongue twister and saying this whenever he or she is around. Because you’d be speaking Chinese, chances are they won’t understand you and you won’t offend them—unless they do know Chinese, and in that case, you should probably keep this tongue twister to yourself.

Also know as “800 Pivot” or “800 Spearmen,” this is another terrific tongue twister to keep logged away for practicing more advanced vocabulary words.

Believe it or not, there’s actually a tongue twister that talks about flip-flops. It’s quick and, especially if you really love shoes, this one will be really easy to remember.

Flip-flops fly off your feet for fun!

Yep, that’s all there is to it. Here’s what each individual word means in English.

Sounds so beautiful and poetic doesn’t it? “Butterfly Flies” is yet another quick tongue twister. You’ll hammer in the vocabulary words for butterfly (蝴蝶 – húdié), black (黑色 – hēisè) and gray (灰色 – huīsè).

After reading this article, you’re probably really eager to practice all of these tongue twisters and may even be wondering where you can find more. 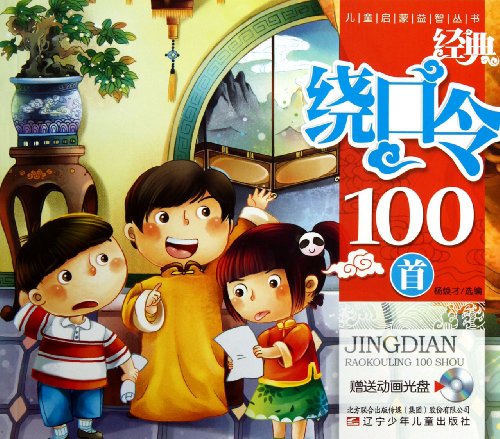 Good luck with your Chinese studies, and try not to get your tongue totally tied up in knots!

If you want to continue learning Chinese with interactive and authentic Chinese content, then you'll love FluentU.

The best part is that FluentU always keeps track of your vocabulary. It customizes quizzes to focus on areas that need attention and reminds you when it’s time to review what you’ve learned. You have a 100% personalized experience.