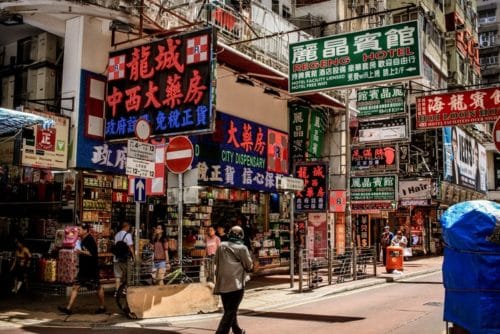 How Many Chinese Characters Do I Need to Know? HSK-inspired Vocab Goals

Even if you couldn’t read or write a single Chinese character but could still have a full conversation with a native Chinese speaker, wouldn’t you be fluent?

But let’s get real.

Whether you’re studying Chinese by yourself or in a classroom environment, you’re bound to encounter characters as part of your curriculum.

And if you up and moved to China to learn in a total immersion environment, how would you expect to read a menu or navigate street signs with zero Chinese character knowledge?

So even if you could get by with zero Chinese characters, how many do you need to be considered fluent in Chinese? Or to pass the different HSK test levels?

In this post, we’ll walk you through the importance of Chinese characters and how learning them can actually improve your language skills beyond just word recognition. Then we’ll show you how many characters (as well as words) you should aim for to achieve basic, proficient or fluent knowledge of Chinese.

How Many Chinese Characters Do I Need to Know for Fluency?

Why Focus on Learning Chinese Characters?

It’s not just about writing and reading.

Studying Chinese characters can actually help you memorize new words and understand the language as a whole in a more meaningful way.

Characters help you identify the meanings of words. I discovered that this is especially useful when you’re still sharpening your tone-hearing skills.

I once bought a fridge for my apartment from a local seller. After buying it, the seller insisted (so I thought) that we needed to catch a train to get it to our apartment. As you can imagine, I respectfully disagreed.

Turns out she said 货车 (huò chē — flatbed, delivery truck) and not 火车 (huǒ chē — train). The character 货 (huǒ) refers to deliveries. If I’d known the characters, I’d have had a better chance of distinguishing between those words.

Characters also help you remember words based on their components. You can make stories or jokes from them to create mnemonic devices.

For example, a classmate of mine once had a discussion about how a character meaning “peace” could be viewed as sexist, since the character is made up of a woman (女 — nǚ) under a roof (宀 — mián). That little insight made the word and its characters much more memorable.

How Many Chinese Characters Are There?

There are roughly 50,000 characters in the standard national Chinese dictionary. Plus, new ones are still getting created—you may find them online rather than in the dictionary.

For example, check out these characters that are each equivalent to a single English word:

Now let’s do a quick exercise. Using the nine characters above, how would you say the following words?

Here are the answers:

Just Tell Me How Many I Need to Know!

You can be fluent in English even if you don’t come close to knowing all of the 171,476 words in the Oxford Dictionary. Chinese isn’t any different in this respect.

As you just learned, characters are both standalone words or components of other words and ideas. So, there are actually two questions that need an answer here:

The word count is where your Chinese fluency goals come into play. Because Chinese fluency is legally measured by character count, it’s assumed that you’d be able to put those characters into words the way we did with the exercise above.

To understand how your vocabulary knowledge impacts your fluency level, follow the standards set by the HSK test.

Here’s a great explanation of how each level of vocabulary knowledge translates to Chinese ability, found on the official website of the Confucius Institute:

Fluently speaking Chinese (or any language for that matter) also depends a lot on context. You might be fluent in English, but that doesn’t mean you can necessarily understand the legalese in a contract or can sit in on a random business meeting and grasp all the jargon.

If you really want a character count, shoot for around 2,000.

Base your character studies off of what you actually read, whether online, in a newspaper or whatever other media outside of a textbook is available to you. In other words, make sure you’re learning relevant Chinese characters.

For a word count, the HSK tests put basic fluency around Level 4, but Level 6 is when you can effectively express yourself in spoken or written Chinese. Just remember that fluently speaking those characters and words doesn’t completely depend on knowing how to read or write them.

3 Techniques to Hit Your 2,000 Characters

Here are some things you can do with FluentU:

You can also explore key vocabulary from the video in interactive vocabulary lists and dialogue transcripts.

The best part is that FluentU always keeps track of your learning, then suggests content and examples based on what you’ve already learned. In other words, you get a 100% personalized experience.

In school, you learn a subject, and according to the subject, you learn new words that contain related ideas. Basically, you passively learn the language you’re speaking in class.

Don’t limit your learning to simply memorizing a character and its meaning. Give the character practical context. If there’s a workbook that goes with the textbook, use it. Include those new words in conversation.

The HSK test is based on how you use those characters to form words. This language test can lead you to practical success.

Make those Chinese characters work for you. Each character conquered is another step towards Chinese fluency!

How Not to Act Like a Foreigner in Chinese Business: Advanced Vocab and Cultural Tips
Using ? for Everything? How to Pick the Right Measure Words in Any Chinese Sentence