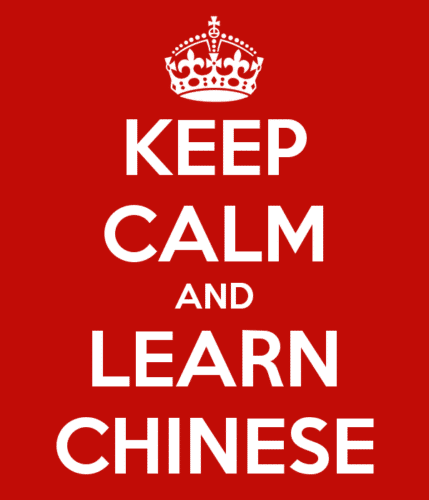 Learning Chinese can seem like attempting life on hard mode.

The writing system is unlike anything you’ve ever seen before.

The words sound peculiar, and absolutely everything is different from your native language.

If you feel like you’re diving into the middle of the ocean with nothing familiar to cling to for support, then don’t worry: I’ve been there!

I remember that sense of confusion when I first started seriously learning Chinese. At many stages I contemplated giving up, but eventually, things began to click. With the benefit of hindsight, I’ve now realized that studying Mandarin didn’t actually need to be quite so tough!

If you’re feeling intimidated by Chinese, then this post is for you.

We’ll go through a few of the reasons why you may worry that Chinese is hard to learn, and explore some ways in which the language is actually easier than you may think. Let’s get started!

Is Chinese Hard to Learn? 4 Reasons It’s Actually Easier Than You Think!

1. The Grammar Is Totally Different… But That’s a Good Thing

This is true; if you speak English then French is a lot more similar to your native language than Chinese is. But this difference also has its advantages.

For one, Chinese grammar is a lot simpler and easier to learn than pretty much any European language. While there’s definitely “correct” and “incorrect” grammar in Chinese, as a beginner you’ll be amazed by how much you can get away with!

In Chinese, individual words are like bricks that you’re free to arrange in your own order. Common grammar obstacles in European languages like tense and gender are comparatively trivial in Mandarin. This means you’ll be constructing your own sentences within a few months of studying the language, and you’ll be understood more often than you expect. If you’ve ever studied any European languages, you’ll realize how unusual this is.

Let’s take the phrase 我去超市 (wǒ qù chāo shì — I go to the store) as an example. You’d also use the same verb form whether you’re going today, tomorrow, you went yesterday or you’re making a general statement such as “on Tuesdays I go to the store.”

In English, you’d have to change the verb dramatically depending on the tense: will go, am going, went, etc.

There’s another, subtler advantage to learning a language and discovering a culture that appears totally alien to your own. While visitors to Paris or London are typically expected to speak the local language, foreigners in China are not.

This means that even your tentative beginner efforts will be met with encouragement and appreciation by locals.

Yes, it’s true that there are thousands of 汉子 (hàn zi — Chinese characters) to learn, and they all seem different and complex for Chinese learners starting from scratch. But in fact, learning Chinese characters can be easier than you think.

All characters are made up of the same collection of elements, known as radicals. Once you’re familiar with a few categories, they stop looking so alien and start to make more sense.

For example, the radical for grass appears in the following four characters. Notice the horizontal line with the two small vertical strokes that sits along the top of each, and think about what their meanings have in common:

As you continue your studies, more and more of these patterns will start to appear. Instead of impenetrable squiggles, you’ll start seeing the elements that make up each individual character and, more often than not, also hold the key to their meaning and even pronunciation. Here are 15 common radicals you can memorize to get started.

Here’s some more good news: While reading a newspaper or a novel will require that you learn a few thousand characters, functioning in day-to-day life in China is a lot easier. With just two or three hundred well-chosen characters you’ll be able to read a menu, negotiate public transport and even carry out basic text conversations!

3. It’s Hard to Pronounce… But You Already Know All the Sounds

I feel you, and this is something I really struggled with at the beginning. If you’re a native speaker of English, you’ll find several sounds in Chinese that don’t seem to naturally occur in your own language, so they’re very hard to say at first. Fortunately, you can hack these tricky pronunciations by finding English syllables or letter pairings that create similar sounds:

Let’s take a look at a few of the most difficult sounds and see if we can in fact find an equivalent that occurs in English:

For a comprehensive tutorial on mastering Chinese sounds, look to this pronunciation guide. As you keep encountering unfamiliar words in Chinese, plug them into Forvo—where you can search for native pronunciations of any word—and practice imitating what you hear.

If you’re feeling like you’re fighting a solo battle against the Chinese language, then of course you’re going to find it hard. Language is, after all, about communication. Sitting alone with your textbooks is useful, but insufficient to attaining fluency.

You need to get out there and talk to people. You need to have fun with the language. For me, Chinese never really clicked until I hopped a flight to Chengdu and spent six months in the thick of it. If you need to speak Chinese in order to eat, then you bet you’re going to learn pretty fast!

But what if you’re not able to hop on a flight right now? There are still options.

Since leaving China at the end of last year, I’ve kept up the language by finding Mandarin practice groups in my local city. If you live in a reasonably sized city, then there’s a good chance that you’re not the only one trying to learn Chinese. Search on Facebook and Meetup.com for language practice groups or language exchanges happening near you.

If you really can’t find anything locally, the internet is your friend. You can find a Chinese language partner online or try these options for conversation practice.

Yes, learning any language is hard. It’s an immensely difficult and time consuming task to immerse yourself in the vocabulary, grammar and culture of a foreign world. But, it’s also one of the most rewarding things you’ll ever do. Learning Mandarin adds about 1 billion people to those you’re now able to communicate with, get to know and understand.

And when you’re able to have your first ever conversation in Chinese—even if it takes you a year or two to get there—the satisfaction and sense of pride you feel will remind you that it’s all been worth it!

Nathan J. Thomas moved from New Zealand to Chengdu, China in 2014 without speaking a word of Mandarin. He’s traveling as a freelance writer and editor of the online travel magazine, “Intrepid Times.”