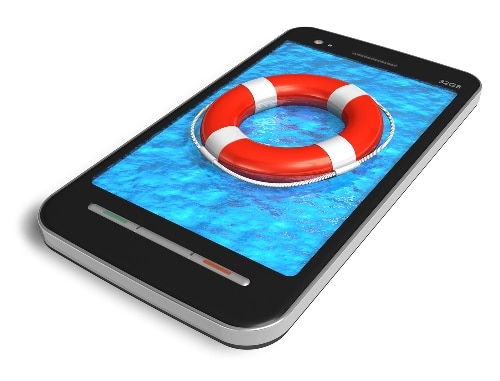 The Complete Guide to Chinese Translation Apps for Chinese Learners

Chinese is the hardest language to read in the world.

An outstanding Chinese translation app can serve as a much-needed lifesaver.

Without a little help, you might feel ready to throw in the towel.

At least, that’s what probably comes to mind when you’re met with a completely unfamiliar text filled with tens, if not hundreds, of unknown characters.

This situation is unfortunately an all too common occurrence for many Chinese learners.

While it might be somewhat of an exaggeration to say that Chinese is the absolute hardest written language out there, it’s definitely close to taking the prize and it’s pretty difficult to master.

Chinese may be a challenge, but it’s not one that modern day learners of Chinese can’t handle.

We have something at our disposal which makes Chinese reading a whole lot easier: translation apps.

In the past, translating unknown Chinese words was a time consuming process involving tome-like dictionaries.

Nowadays learners have a wide range of online translation apps available for easy use. Don’t even think about those musty old books—your smartphone holds the key to swift, precise translation.

There’s no one way to translate Chinese. There are 4 main types of Chinese translation apps out there in the digital marketplace, and we’re going to explore each one in-depth so you can make the best choices. You may even decide to mix and match!

Also consider using any of these apps in combination with FluentU. It’s important to actively learn in addition to using translators, and FluentU helps you do exactly that. FluentU takes real-world videos—like movie trailers, music videos, news and inspiring talks—and turns them into personalized language lessons.

The first and most familiar kind of translation app is the kind which any learner will encounter while surfing the next. These are online, browser-based translators.

Sites like Google Translate and Bing Translator can very rapidly translate whole passages of Chinese into comprehensible English. However, the key word here is comprehensible. While these so-called “machine translation” apps have come a long way in recent years, they still make numerous grammatical errors and syntax comes out rather awkward. Furthermore, specific to Chinese, these programs often horribly mistranslate complex chengyu idioms (which makes sense, because the meaning lies in the connotation and history of these phrases).

The reason to use an online, browser-based translator is for translating larger passages. You can often produce a translation that’s halfway decent and catches the gist of each sentece. Then all you have to do is go in and do a little cleanup to make sentences sound natural and correct mistakes.

Online translators have been around for along time, but new mobile apps have taken them to a whole new level. Using smartphone cameras, this kind of app uses a technology called Optical Character Recognition (OCR) to identify all Chinese characters within a given field of view. Then, this character data is instantly translated by the app (with the assistance of online, cloud-based translating tech) into readable English.

Of course, most translation software, whether on a computer or a smartphone, only functions as a translator for a large portion of text. Should a learner want to go deep, rather than broad, they would be better served by a word dictionary translator. These applications allow a user to look up individual words or characters, and understand not just a single possible reading of them, but rather all possible readings and uses.

Similar to instant character translation, voice translation is the most technically ambitious kind of translation app currently available. Such apps promise to be able to receive Chinese audio as input, semantically understand the meaning behind what was said, translate it into English and then read it out. Using devices with large amounts of processing power, backed with cloud-networking, these apps enable near real-time voice communication even if you don’t speak a word of Chinese.

Our Winners for the Best Translation App in Each Category

Of course, just because there’s a huge number of translation apps available online and in mobile app stores doesn’t mean they’re all equally useful or worth using at all. With this in mind, here are the best programs and apps available in each translation category.

While it has a rather bad reputation for producing humorous errors, Google Translate is still probably the best out there. It can rapidly translate huge chunks of texts, and even translates entire websites through a Chrome plugin. While the resulting translations are far from perfect, it’s still able to produce generally comprehensible text that has good understanding of the grammatical semantics of Chinese and English.

What’s more, this online application is constantly improving. Users are able to confirm whether a given translation was of good quality, and repeated confirmations “teach” the program how to translate better, through a process called Machine Learning. While competitors like Bing Translator use an identical approach, Google has more users and thus its software can learn and improve faster.

Instant character recognition and translation is still a developing translation niche. This being said, Waygo, an app available for Android and iOS smartphones, is truly a feat of software engineering. It’s a great piece of technology.

The app is able to translate Chinese text in real time, using a smartphone camera, into readable English. While you might think that this app requires a constant internet connection to be operational, you would be wrong. Almost all of Waygo’s core functionality can be used offline, making it especially useful for translation on the fly, in regions which have only very poor mobile internet connectivity.

As you progress through learning Chinese, you probably won’t need to be translating whole paragraphs, or even sentences any more, but rather tricky words and characters. For this, a learner would do well to download Pleco.

Also available for free from the Android and iOS app stores, this app is packed full of useful character translation features. However, what really sets it apart from the competition is the large number of options it gives for users to look up unknown characters. Stroke order, pinyin, touch pad drawing and OCR are all able to be used, allowing a learner to quickly translate a never-before-seen word.

Unlike the other categories of translation, real-time voice translation is still a very new field. As such, there are very few applications out there which can offer useful functionality. This being said, there are some promising projects which could see this kind of translation break into the mainstream in the next few years.

The most interesting of these is Skype Translator, a project currently being developed by Microsoft. This advanced technology promises to allow for Skype video calls with people who speak Mandarin, with both sides’ words being actively translated via cloud software.

1. Learners with different skill levels will use translators in different ways

The most important thing to remember when using translation apps is that you should only use translation as a supplement to learning Chinese, rather than a replacement for actual study.

This means the when you’re a beginner at Chinese, it’s okay to make heavy use of translation apps. However, you should not use the translation as a crutch, or think that you’ve learned simply by looking up a word—sometimes that new word will stick in your brain, and sometimes it won’t.

As you increase your Chinese ability, you should endeavor to slowly reduce your reliance on these applications and begin to stand on your own two feet. Try to understand new words by context alone. Eventually, by the time you’ve reached an advanced Chinese level, you should only be using translators to look up the odd unknown character.

2. Always check for mistakes—there will be errors!

While translation apps have come a long way in recent years, they’re still far from perfect. This means that there will almost always be errors in the translations produced by these apps, and these errors become more numerous when you have more characters to input at once.

As a result, it’s important for learners to never trust the raw translated output 100%, and always apply their own (even limited) knowledge of Chinese while looking for errors.

3. No app can replace a good teacher

A final thing to keep in mind when using translation apps is that while they are indeed very useful, they can in no way replace formal Chinese study and a good teacher.

While they can teach direct word-to-word translations, they miss out much of the requisite grammar governing how a word can be used and in what context. Additionally, given that Chinese has a large number of synonyms for many words, it’s very important to sit down and actually learn the precise way of using a given word, rather than just its equivalent meaning in English.

All in all, translation apps are valuable companions for the eager Chinese learner.

They come in many types and several are at the cutting edge of what’s possible with today’s technology.

That being said, like many other good things, Chinese translation apps must be used in moderation.

Choose wisely, and use responsibly!

If you’re digging these apps, then you’ll absolutely love FluentU.