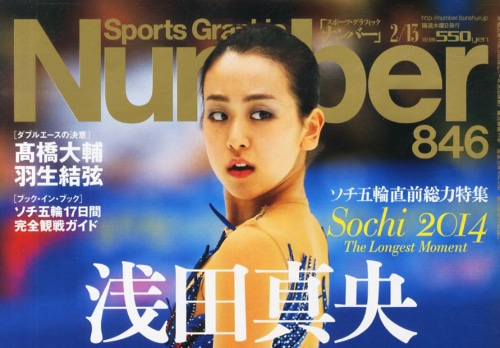 An Easy Guide to Learning Japanese with Magazines

It’s really no wonder that, in Japanese cities, you’ll see many people pressing their noses into the front windows of convenience stores.

What are they doing? Are they lined up to buy some discounted specialty bento boxes?

No way — they’re there to check out the latest magazines!

Just like printed newspapers, print magazine circulation in Japan has dwindled in recent years due to the internet, smartphones and e-readers.

It just feels more natural for us — our phones are always on hand, and it seems that very little reading material is found “only in print” these days. Nevertheless, the print magazine is still very much alive.

The release of a new issue of a popular publication will always draw people to the honyasan (本屋さん / ほんやさん), the bookstore.

The sheer number of magazines that are out there is a clear reflection of Japanese society’s desire to meet the needs and interests of all consumer factions, large and small.

For example, take a look at the sports section of a magazine rack and you might wonder why there are so many magazines about running. Well, one is for beginning runners, one is for female runners, another is for trail runners and still another is for senior runners!

In this post, I’ll show you some reasons why magazines are an awesome study tool for your Japanese, which study methods you can use with magazines and then I’ll introduce you to a few of the most popular Japanese magazine titles out on the racks today!

Why Learn Japanese with Magazines?

Studying from a magazine that’s targeted toward your lifestyle needs and interests brings serious pluses regardless of your learning goals. For one thing, it’s a sure-fire way to build your Japanese language skills. You can improve:

These can only be great things considering that you probably want to live in Japan, work in a Japanese environment or make Japanese friends.

To illustrate, allow me to share my own experience: A year or two ago, I was hitting the books really hard for the JLPT. I wasn’t too worried about the listening section, but while taking practice tests in my Japanese class I found that the reading and vocabulary parts were giving me some trouble. After a particularly discouraging session, my teacher gave me some advice:

Find an interesting magazine. Read it.

My interest being Japanese music, I found a music magazine that looked good, bought it and tried reading the first article in it. It took me a little while, but I eventually got through it. Though I didn’t understand very much at first – maybe not even half of it – I felt confident that I had gotten the gist.

After getting through that one, I tried another one, and managed to get through it a little faster and understand it better. I even recognized some words that I had come across in the first article.

Then I tried another, and read through it even faster. As I kept going through the magazine, I noticed my kanji recognition getting better. I was sharpening my ability to skim for main ideas and scan for details. My vocabulary improved.

All the while I was reading about something that I was passionate about, in an authentic source.

This gave me confidence and also multiplied my knowledge of the topic – in this case, the Japanese music scene. I was able to talk about music with my Japanese friends and language exchange partners in ways I couldn’t before – and perhaps never would have, had my teacher not given me that advice.

Magazines are especially useful as supportive tools to accompany other learning methods. Pair a magazine with FluentU, for instance, and you’ll get a targeted and fun way to study.

An Easy Guide to Learning Japanese with Magazines

The skim approach involves reading a Japanese magazine article almost as if it were one in your native language. You start the engine, push the pedal to the metal and don’t stop until you’ve read the last word of the last sentence.

You’ll likely come across some words you don’t know or some tricky-to-navigate sentences, but you don’t stop for them. The idea is to read through the article as quickly as possible in order to get just the main idea and maybe a couple of key details.

Thus, the skim approach is good for learners who are more concerned with increasing their reading speed and basic reading comprehension. This way, you’re simply getting exposure to Japanese through reading without agonizing over every last detail.

The “Slow and Steady” Approach

If you come across an unfamiliar word or structure, you stop and look it up. If you come across a passage that you don’t understand, you go back over it and break it down until you do. You don’t move on until you’re more or less confident that you’re following what’s going on – both generally and specifically – and have recorded and learned everything you have come across that’s “new” to you.

The slow and steady approach is thus preferred by learners who are using Japanese magazines to learn vocabulary – including hiragana and kanji combinations – and sharpen their ability to read for detail.

Which Approach is Right For Me?

Basically, this depends on your learning style and what you want to improve. That being said, for most learners using Japanese magazines I would recommend a combination of the two.

Start with the skim approach and go through the article as quickly as you can. It’ll be hard at first, but the more articles you try this with, the faster your reading speed will get and the better you’ll be able to get main ideas. This is huge for your confidence.

While skimming, highlight new words or structures or challenging passages you come across. Then, when you’ve finished skimming, take the slow and steady approach to go back to those places you’ve highlighted. Look up new words in a good dictionary and record them in a vocabulary notebook or app. Break down passages into smaller chunks, and, if that doesn’t help you, save them for your next Japanese class or language exchange when you can actually ask a native speaker.

This way, you can get the best out of the two approaches: the speed and confidence-building of the skim approach along with the detail-oriented vocabulary-building of the slow and steady approach.

What Magazine is Right For Me?

As I mentioned at the beginning of this post, there are hundreds upon hundreds of magazines in Japan across an incredibly wide swath of topics.

For this reason, browsing the racks in the bookstore can be an intimidating experience if you don’t already have an idea of what to look for. To get you started, here are some of the more popular periodicals in Japan and their genres. 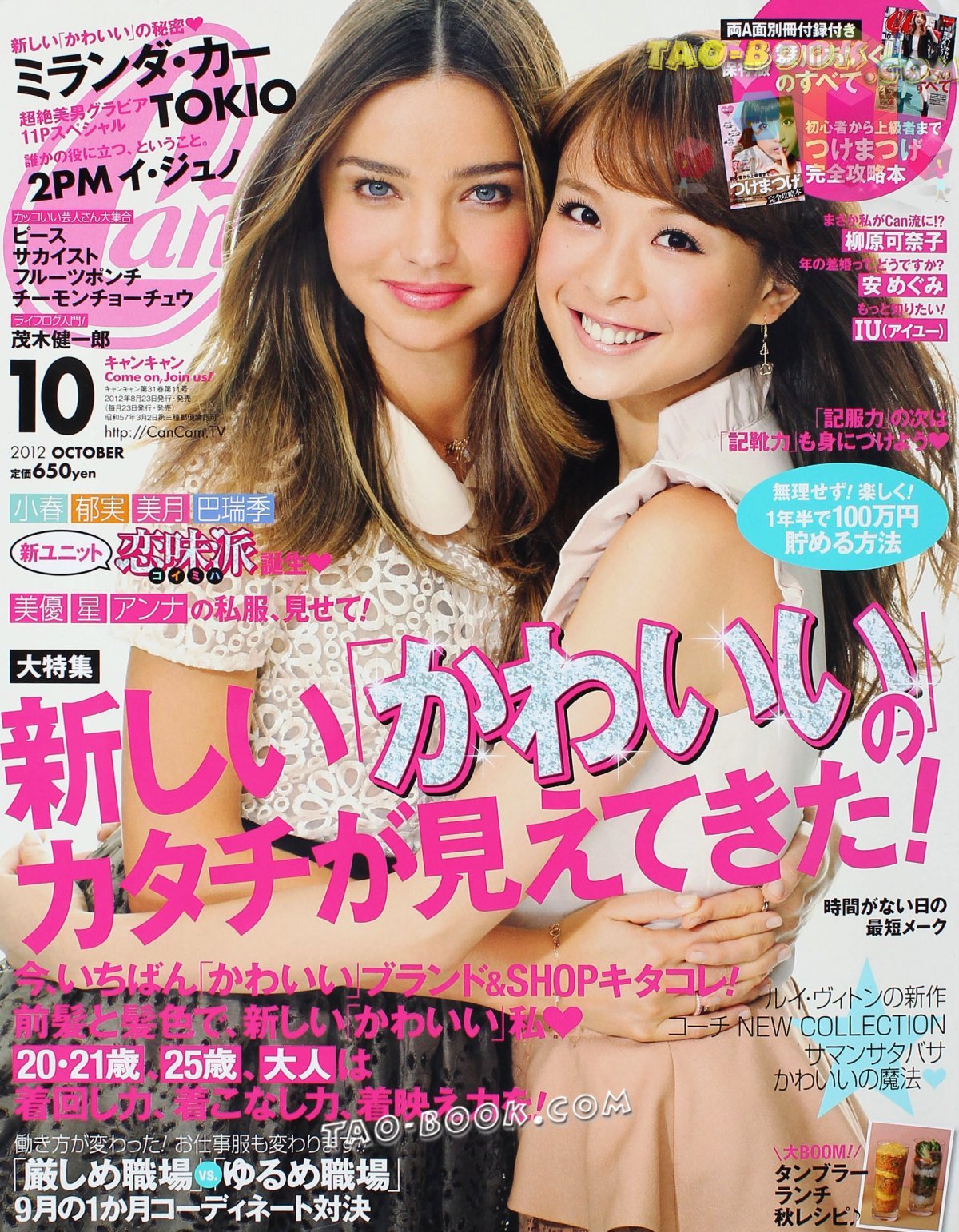 It’s been over 30 years since its first issue hit the newsstands, and CanCam is still the authority on fashion, makeup and related advice for women in their early 20’s. CanCam is known for using exclusive models in their pages, and becoming a CanCam model is considered a huge stepping stone towards a career in entertainment. Past CanCam models (or “graduates,” as they’re referred to in Japan) like Ryoko Yonekura have gone on to successful careers on the stage and on screen.

Other well-known titles in this genre are AneCan (a more “mature” version of CanCam for women in their late 20’s), Non-no and Vivi.

To boost sales amid decreasing circulation figures, ladies’ fashion magazines in particular are known for attaching furoku to new issues. Furoku (付録 / ふろく) are free gifts. 付録 usually come in a box and are sandwiched inside the pages of the magazine, which is then tied up with ribbon to prevent the 付録 from falling out or getting snatched. Common varieties of 付録 include makeup bags and smartphone cases. Often they’re designed by popular domestic or international labels as a cross-promotional effort. 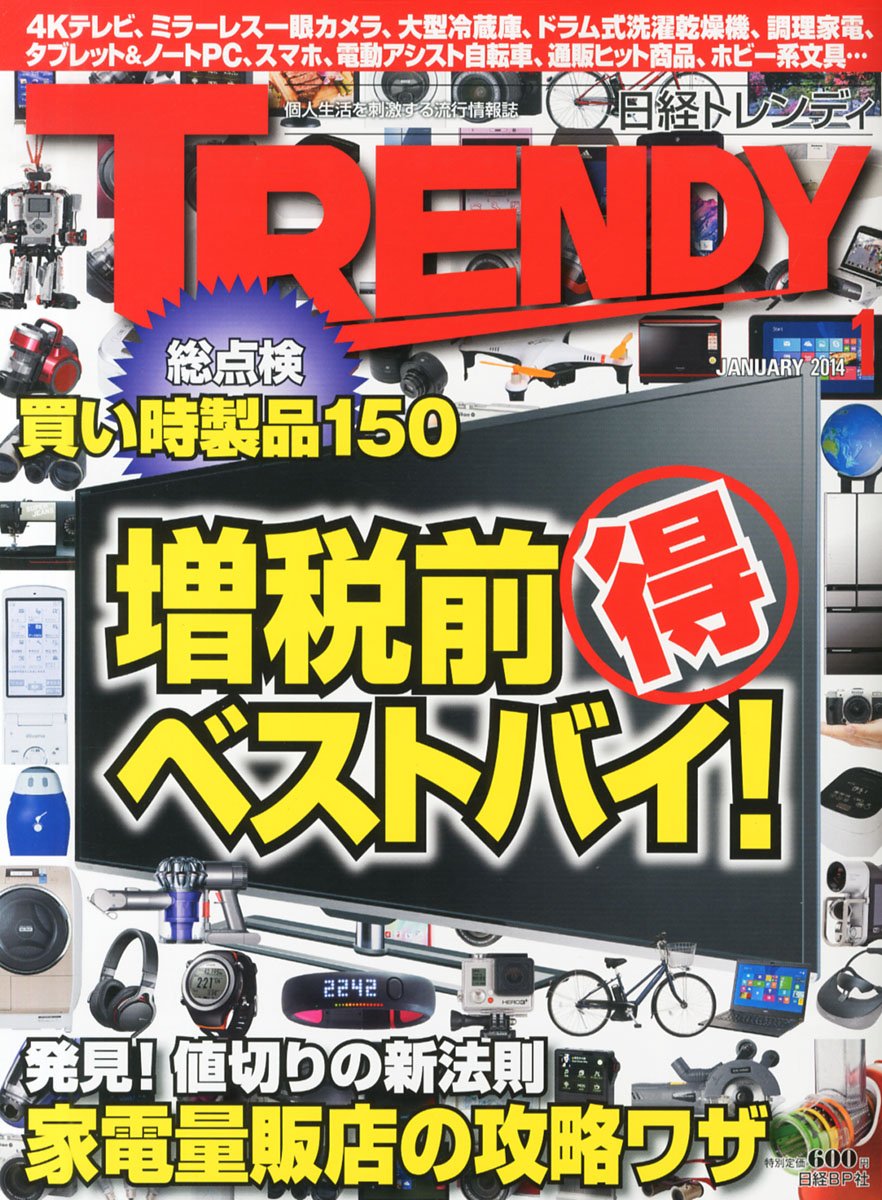 Published by Nikkei, the authority behind the largest economics newspaper in Japan, Nikkei Trendy targets working professionals in their late 20’s to early 40’s who like to keep up on what’s hip and fresh. Trendy provides information on all the latest, from hit products and services to the coolest movies and music, even covering the newest exercises that are sweeping the nation! Its yearly Top 10 Hit Products issue is consistently a top-seller and always generates a lot of buzz in the media and at the water cooler. 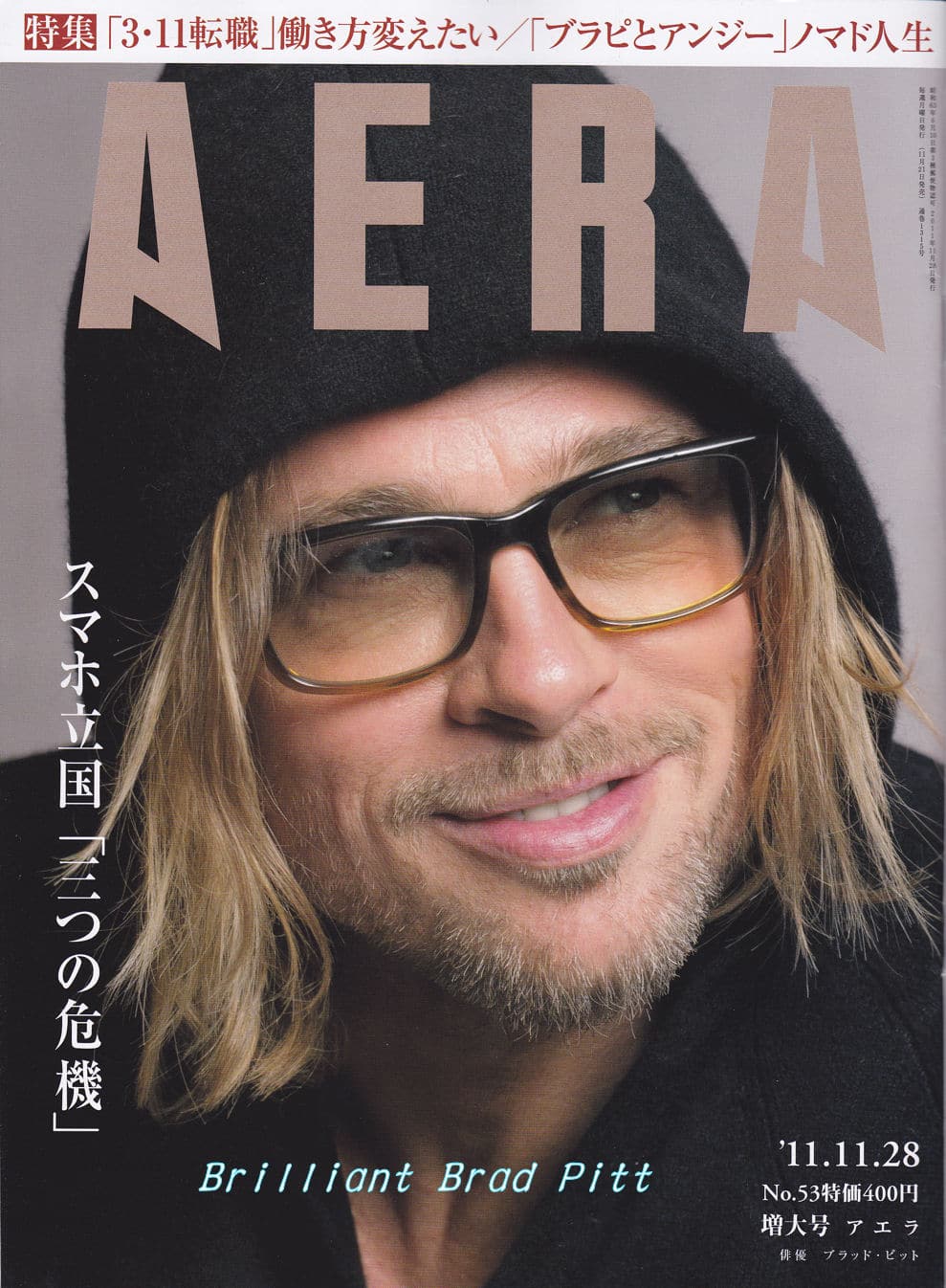 Aera – published by the Asahi Shimbun, one of Japan’s largest dailies – is probably Japan’s closest equivalent to Time magazine (other than the Japanese edition of Time). This weekly publication contains both domestic and international news, as well as a wide range of lifestyle and culture-related features. Luminaries from all over the world have appeared on its covers and have been examined in its “Person in Focus” feature, the likes of Lady Gaga and Roger Federer among them. 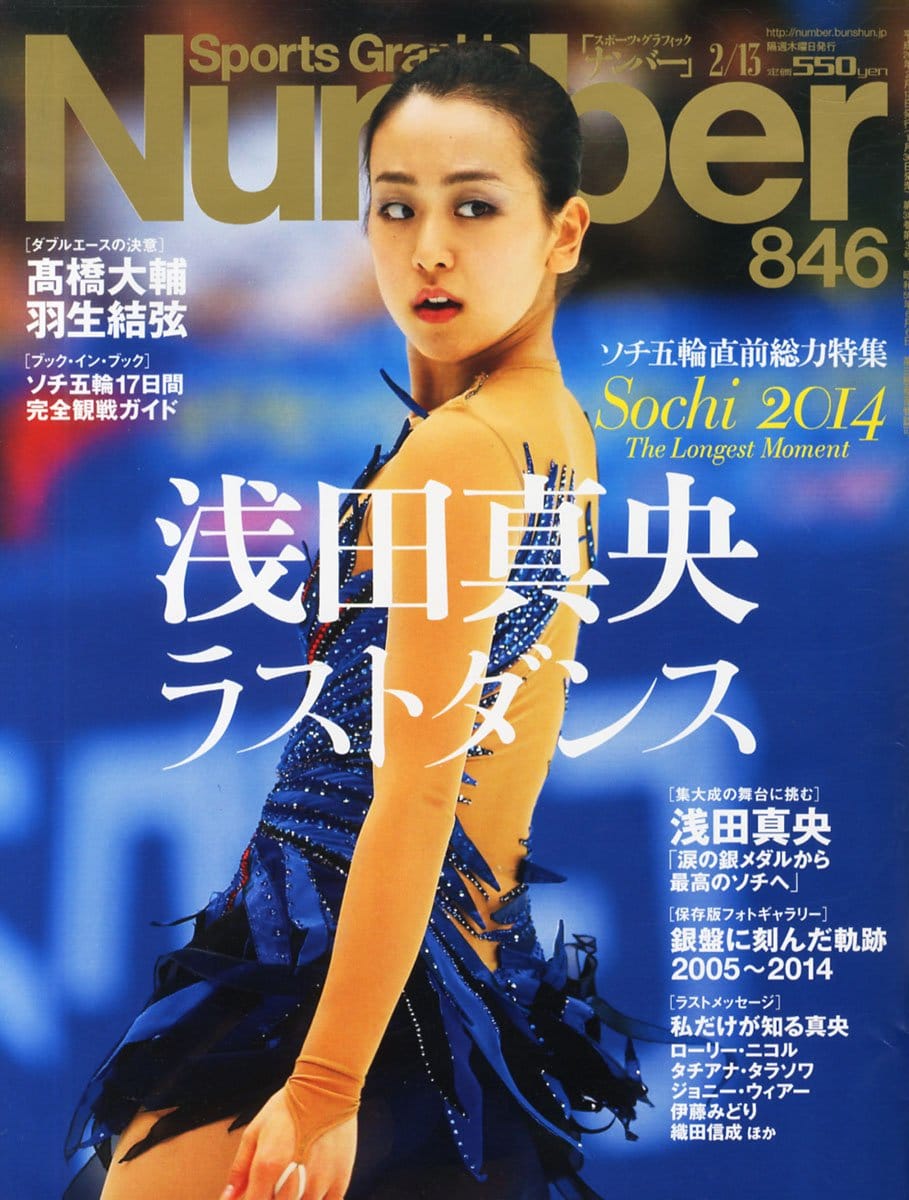 Sports Graphic Number – or Number for short – is the top sports news magazine in Japan. While Number is written for the armchair athlete, its new-ish sister publication has become one of the more popular Japanese running and fitness magazines. 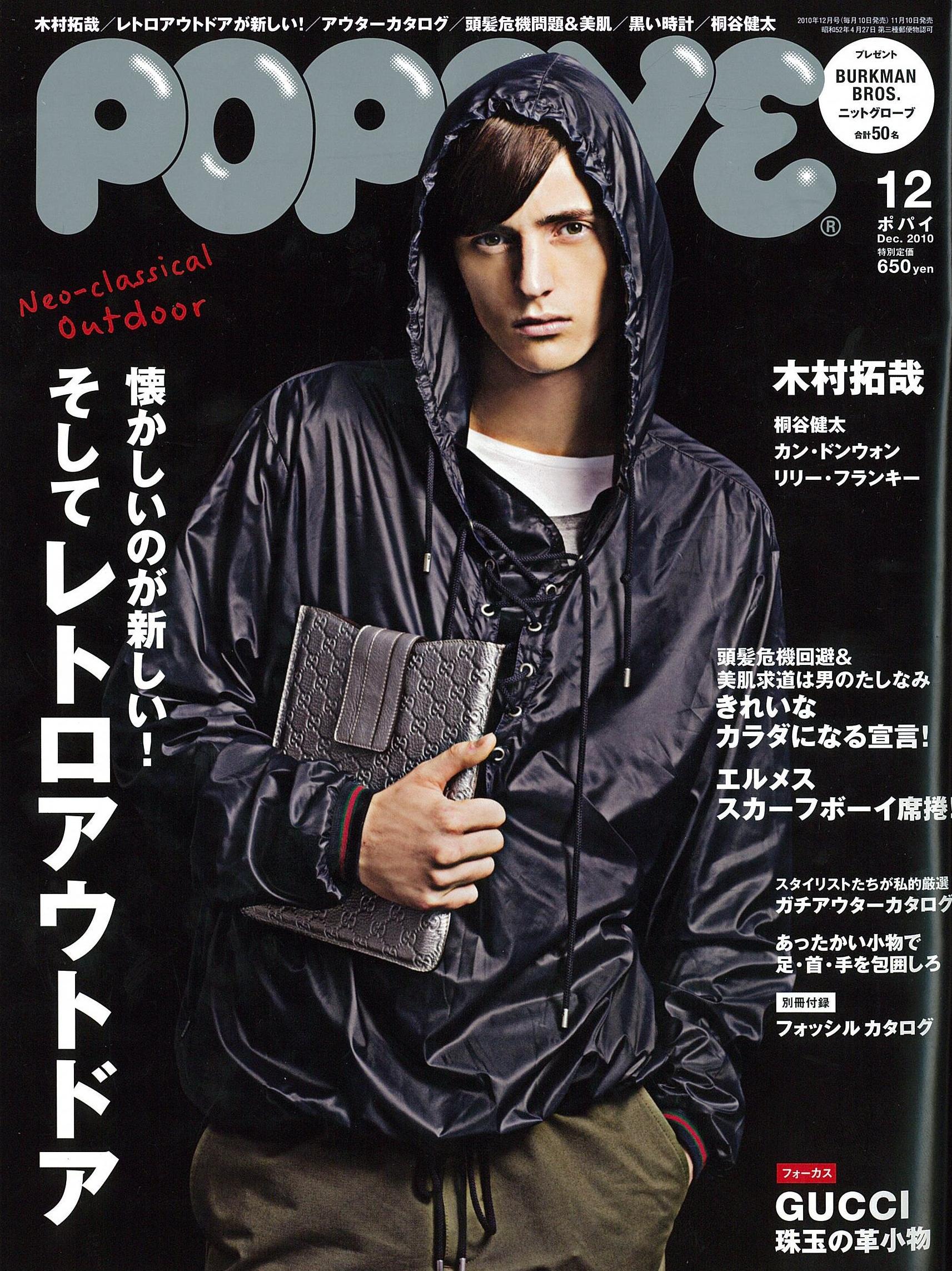 “Magazine for City Boys” is the tagline of every issue of Popeye, a leading authority on Japanese men’s fashion for close to 40 years. Popeye’s target audience is indeed the suave, style-conscious city boy in his 20’s and 30’s, especially the one with an eye for retro-flavored European style. While most issues of Popeye don’t come with furoku like many of its counterparts in the ladies’ fashion genre, it does use exclusive models. Some of these models have gone on to successful careers in TV and other media.

Another popular men’s fashion magazine is Men’s Non-no, the Y-chromosomal version of Non-no.

And that should be more than enough to get you started in the right direction! Take a look at which Japanese magazines best suit your personal passions and interests, and you’ll have opened the door to a fantastic new Japanese learning resource. Keep exploring until you find a magazine you absolutely love — don’t settle for less!