10 Spooky Japanese Superstitions That Will Totally Freak You Out

Did you ever hopscotch over sidewalk cracks because someone told you: “step on a crack, break your mother’s back”?

Who comes up with these things? There’s no doubt about it – our superstitions are kind of silly.

But don’t laugh just yet.

Japan, notorious for its relationship with the otherworldly and the occult, takes its superstitions to a whole other level.

In Japan, you’ll hear about superstitions much like our own, such as ““your parents will die young if you don’t hide your thumbs!”

It all seems so silly, until you realize that defying many Japanese superstitions leads to a gruesome curse or a horrific, long-haired phantom descending upon you and taking your soul.

If you’ve been watching Japanese films or anime programs to improve your Japanese, you know better than to mess around with angry Japanese ghosts.

Read on to learn about the consequences of exposed thumbs, and more!

Why You Should Learn About Japanese Superstitions

From a young age we’re taught tales of bad luck on the playground or at the dinner table. Some of them have become so ingrained in our society that hotels and hospitals often avoid the unlucky number thirteen by renaming thirteenth floors to “12-A” or exclude the digits altogether when numbering rooms. Each and every one of us has heard superstitions, and many of us are affected by them.

Like every country, Japan is full of its unique and borderline bizarre superstitions, from unlucky sleeping positions to rituals which will curse people you dislike.

By learning about Japanese superstitions, you’ll learn about lots of the fun quirks that make Japan unique. You’ll catch sly references to widely-known superstitions in Japanese horror movies. You can demonstrate your knowledge of Japan by mentioning superstitions in conversation. You might even understand silly, seemingly insignificant gestures (like an American holding their breath or crossing their fingers while passing a cemetery) that you might previously have missed. You’ll probably pick up some new vocabulary that you hadn’t already encountered.

Most importantly of all, by learning about these superstitions you can prevent your home from becoming possessed by evil demons. This is probably the most crucial post we’ve ever written.

10 Spooky Japanese Superstitions That Will Totally Freak You Out

Looking to arm yourself against evil spirits once and for all? Here are ten of the best and craziest superstitions from the Land of the Rising Sun: 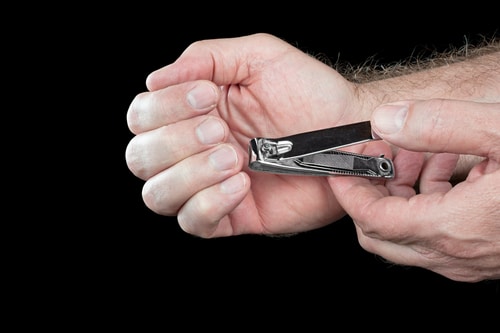 1. Don’t Cut Your Nails at Night

In the past there was no electricity to light the streets or your home at night. People believed evil spirits, akuryou (悪霊/あくりょう), would come around when evening approached.

It was believed that cutting tools (like fingernail clippers) had spiritual power, known as reiryoku (霊力/れいりょく) in Japanese, that could divert evil. At the same time, cutting instruments created a gap in whatever they cut which allowed evil spirits to enter through the gap if it was used at night.  Although this saying isn’t so popular in modern time, it might be a good idea to keep the light on next time you cut your nails. 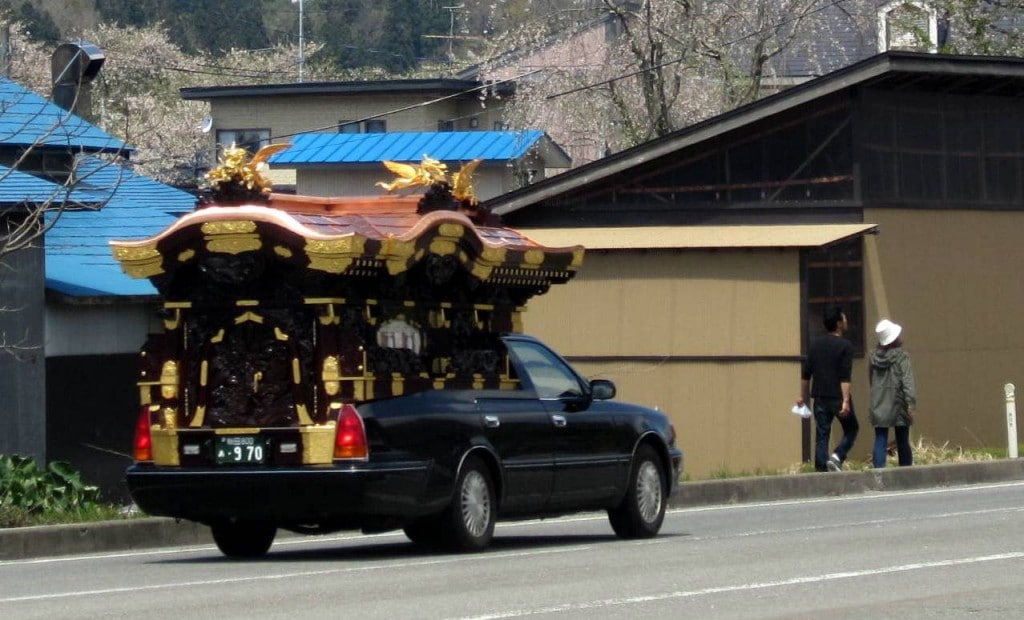 2. Hide Your Thumbs from Funeral Cars

The Japanese word for “thumb” is oyayubi (親指/おやゆび) which translates into “parent finger”. You might hear something along the lines of, “your parents will die young if you don’t hide your thumbs!” It’s believed that spirits of the dead, vengeful or not, hang around the funeral car with their casket. If you don’t hide your thumbs while a funeral car passes, then the spirit will enter your body from underneath your thumbnail! Some people will even hide their fingers as they pass a graveyard or a funeral as well.

3. You Shouldn’t Whistle at Night

In the old times, whistling was a sign used by burglars and other criminals to communicate with each other. In Japanese a “night burglar” has their own special word which is yatou (夜盗/やとう).

4. Visit a Shrine to Make a Curse

Some Japanese horror film addicts and anime fans alike might be familiar with this curse. There ceremony is called ushi no koku mairi  (丑の刻参り／うしのこくまいり) where people visit a shrine during the “hour of the ox” (1:00 – 3:00 AM).

They bring with them a straw doll known as a waranigyou (藁人形／わらにんぎょう) that represents to person who will receive the curse and use a long nail called a gosunkugi (五寸釘／ごすんくぎ) to nail the doll to the shrine’s holy tree. Wherever the nail strikes the doll is supposed to bring pain to the same part of the cursed person’s body.

It’s believed that after seven days from the nailing have passed, the hate that someone has felt will disappear from their body, however, if the person making the curse is seen while committing the curse, then the curse will reverse itself and bad luck will fall upon the curser instead. 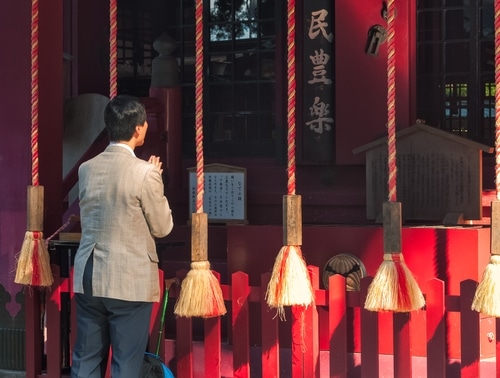 5. Visit a Shrine to Make a Wish

If you’re making a big wish, consider doing it at a shrine/jinja (神社／じんじゃ) or temple/otera (お寺／おてら). This ceremony is called ohyakudo mairi (お百度参り／おひゃくどまいり) which means “the one hundred times pilgrimage”. To do this, walk from a shrine’s gate to its altar (or from a temple’s gate to its main hall) one hundred times while praying for your wish to come true. To increase the chances of your wish coming true, walk barefoot. Alternatively, you can visit the shrine and make one prayer for your wish to come true each day for one hundred days.

People do this tradition when they need a prayer to be answered, or an outstanding wish to come true. If the wish does come true, then in return the wisher will offer something to the shrine or temple such as money or frequent visits to show their thanks.

Imagine if everyday was Friday the 13th… for a year! It’s believed that at a certain age of life, people will experience their unluckiest years. The unlucky years called yakudoshi (厄年／やくどし) vary between men and women. Today the main unlucky years known as honyaku (本厄/ほんやく) that a person experiences are the ages of 25, 42, and 61 for men, and 19, 33, and 37 for women.

The year before (maeyaku 前厄／まえやき) and after (atoyaku 後厄/あとやき) the main unlucky years are also considered unlucky. To prevent three years of misfortune, those entering their unlucky years will get purified at a temple or shrine.

Besides unlucky years, there are also numbers that are considered unlucky in Japan. The number four is considered to be unlucky because the word for four is shi (四/し) closely resembles the word for death shi (死/し). Likewise, the word for nine ku (九/く) sounds similar to the word for pain and suffering ku (苦/く). This is why gifts should never be presented in fours, but rather in sets of three or five. 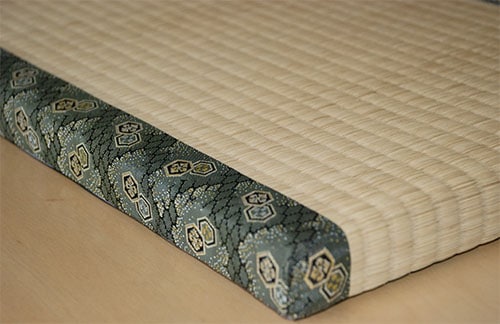 7. Don’t Step on the Border of a Tatami Mat

Tatami mats are the typical kind of flooring that you might see used in traditional Japanese homes. Even modern homes might use tatami mats in some of their rooms. One thing that you should never do is step on the border of a tatami mat called tatami no heri (畳のへり/たたみのへり), as it brings bad luck.

It’s believed that Raijin (雷神/らいじん), the god of thunder, lightening, and storms, would eat the bellybuttons (or entire abdomen) of children. The origin of this tale isn’t clear, but to this day you’ll hear parents warning their children to cover their stomachs during a storm.

The god Raijin is often seen with his companion Raijuu (雷獣/らいじゅう). Raijuu is said to nest himself inside human belly buttons while he sleeps. When Raijin wants to wake his companion, he strikes Raijuu with lightning! Covering your midsection is a way to prevent Raijuu from sleeping in your tummy (and potentially being struck by lightning as a result).

Parents use these stories to keep their children from exposing their stomachs, which puts them at risk of catching a cold.

A cup of rice called maruka meshi (枕飯/まるかめし) is also left beside the body with two chopsticks standing upright into the rice. The rice is left for the deceased and is not to be consumed by the living. This is why it’s taboo to stick your chopsticks so that they’re standing straight in your dish. 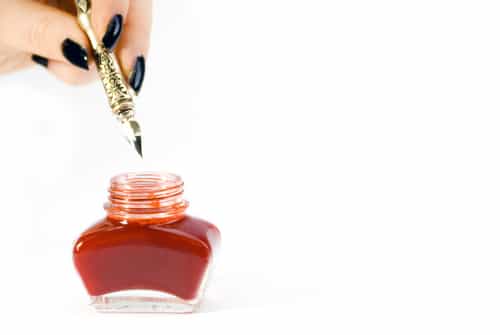 Japanese tombstones, bohi (墓碑/ぼひ) are marked with the names of family members, with names written in black and red ink. The deceased members have their names marked in black, while those who are still living will have their names written in red. Writing someone’s name in red is inauspicious, fukitsu na (不吉な／ふきつな). Today this ties into business and social etiquette too, so make sure to trade your red pens for another color when traveling within Japan.