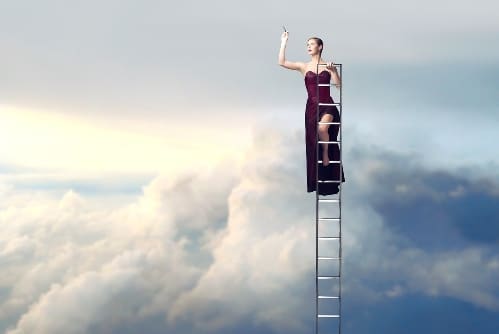 Want to attempt mastering Japanese stroke order without having a stroke?


It honestly doesn’t require the amount of blood, sweat and tears that you might be expecting.

Getting over that initial hurdle of learning the Japanese writing system (kana and kanji) can seem impossible at first—or at the very least, it looks like it’s going to take a lot of time and energy before you’re truly able to read and write in Japanese.

If you’re still facing this critical stage of Japanese learning, then you’ve come to the right place. By understanding Japanese stroke order from the very beginning, you’ll learn how to write in Japanese the right way.

Learners who self-teach Japanese are notorious for neglecting stroke order. It usually just isn’t something that appears on their radar. Many introductory textbooks and reference books simply omit the stroke order, providing you with a chart of all the kana to get you started.

Have you ever wondered why your kana just don’t look quite right? Are they all just a little off and unnatural-looking? Do they look like a foreign hand drew them? If any of this is ringing a bell, you’re not alone and you’re not the first (or last).

I won’t sugarcoat things for you: If you’ve already “learned” to write kana and some kanji without considering stroke order much (or at all), you’ll have a bit of retraining to do at this point. You need to get your brain and your hand into the authentic Japanese zone. But once you do, your Japanese writing will start to look more and more authentic.

How to Practice Japanese Stroke Order

Okay, now I know I just said that you’ll be learning this all in 10 steps, but these steps will all fall under three major categories:

1. Learn the general rules. Most of Japanese stroke order is very consistent. There are more rules than exceptions. Once you get the system down, you’ll know how to approach pretty much any Japanese writing. I know you’ll be relieved to hear the kana actually have the same rules (and exceptions) as the kanji, so if you learn stroke order for some characters, you learn it for all characters. Yay, less work!

2. Learn the exceptions. Japanese stroke order is so very logical that even the exceptions are actually just mini-rules. They all arise for particular reasons, not just because one character happens to be “irregular” or something silly like that. You’ll find that 90% of the time you draw strokes the same way, and then 10% of the time there’s an extra factor that requires you to pay attention and do things a tad differently. The exceptions themselves are as easy to nail down as the rules, so no fear.

3. Practice your butt off—and make sure pen and paper is involved. Stroke order is the kind of thing that really needs to be done the old-fashioned way. Perhaps some research about app-based learning will prove us all wrong in the near future, but until now the majority of language learning research seems to suggest that writing things down, with pen and paper, is extremely helpful for learning—especially when it comes to mastering new characters and how to draw them. The more you draw all these strokes in their proper orders, the better you’ll remember how to form any and all Japanese characters.

10 Steps to Write in Japanese with Perfect Stroke Order


Now we’re going to explore all the rules and exceptions. The rules all fall in the numerical list and are our main topics of focus. The exceptions to each rule come after the rule’s explanation. All clear? Let’s start writing!

For any Japanese character, you start at the top and go to the bottom. This totally makes logical sense since Japanese texts are traditionally written in a top-to-bottom format. Hold true to this rule and always start at the tippy-top of any character: Starting at the top is always key for correct stroke order.

We English speakers write all our letters by starting at the left and drawing out strokes towards the right, right? That’s because our texts run left to right.

So, for Japanese characters, you’ll start by drawing the topmost stroke, whichever stroke extends the highest of all. For example, in the character for “two,” 二 (に), you’ll draw that top line before the lower line.

Exception: This rule is describing standard-length strokes. Diacritical marks (the little dots and dashes which change character sounds) will never come first, even if they’re planted at the very top of the character (see rule #5).

For example, when writing the kana character ご, you’ll draw the top and bottom parts of the C-like shape first, and then you’ll draw the two little dashes (which change the syllable from the “ko” sound to the “go” sound) at the very end.

These sound-changing dots and dashes are known as diacritical marks. Even if they’re at the very top, they’ll always be drawn last.

This is pretty straightforward, right? When drawing 二, you’ll draw both lines from left to right. Congratulations, with these two rules you can now draw 二 perfectly! I bet you could even draw 三 (さん – three) if you were feeling extra ambitious.

This rule needs to be combined with rules #1 and #2. The very first stroke you make in a character will be the farther towards the top, the farthest left and it will be a horizontal line. If there are multiple horizontal lines, you’ll draw the one that’s highest and farthest left first—and you’ll start drawing strokes from the top and left, extending lines right and moving down.

Exception: If there is a vertical line in the mix, but it does not extend totally from the top to the bottom, it is drawn according to the two previous rules. Horizontal lines are not necessarily drawn before shorter vertical lines.

As you can see, that tiny vertical line took its turn based on the top-to-bottom rule. The horizontal lines only take precedence over the very long vertical line passing through them.

You know those characters with long, curly lines? There’s plenty of them in hiragana. They’re going to go second, even if they start at the top. For example, the long curly lines in す、ぬ、め are all drawn second.

Any long line which extends through numerous other lines will be drawn after the smaller lines it passes through. This is helpful for keeping everything proportional and spatially oriented.

5. Minor dashes, dots and other trimmings are added last

All the tiny symbols which alter syllable sounds (for example, the little dashes next to a character like ぱ) will be drawn at the end.

6. Symmetrical characters that sit on the outside come after the line which divides them

That was a little wordy for a quick and easy rule, right? It’s not as complicated as it sounds. Sometimes you’ll encounter a kanji character which has little wing-like dashes flanking it. For example, you’ll probably recognize the character for water 水 (みず). This character is drawn in the following order: (1) Middle vertical line, (2) left wing, (3) right wing.

Notice that the wings still follow the left-to-right rule.

7. Boxes only have three lines

I’m sure you’ve seen little boxes in your beginning level kanji. They’re everywhere, so this rule is another doozy. Just look at the character for the number four, 四 (よん/し).

8. Boxed characters are written before closing the box up

This is where you really distinguish your Japanese writing skills. Want all your characters to look like a native Japanese speaker drew them? Then you need to pay attention to all the little details that give characters their standard appearances.

10. Keep practicing with these great resources

Alright, that’s all for the rules and exceptions. It seems like a lot of information when it’s all laid out like this, but think about it this way: You just read one little blog post, not an entire novel. Everything you need to know about stroke order was just condensed in a couple thousand words. It’s not like you have to pore over endless volumes of dense material to grasp these ideas.

What you do need is tons and tons of hands-on practice.

Even though they ain’t too difficult, you’re never going to truly grasp all these rules without getting a little stroke order action of your own. Luckily, since so many other Japanese learners out there (including native Japanese kids) need tons of practice with writing and stroke order, there are plenty of resources available for you to use.

First, try doing writing practice by hand with these great hiragana writing practice worksheets. Hiragana is perhaps the easiest place to start. After you’ve mastered the basics of stroke order with this simpler writing system, you can move on to kanji characters.

To see stroke order come to life, check out any Japanese character’s Wiktionary page. Check out this one for 国 (くに – country) to see what I mean! They’ve got animated gifs which illustrate the stroke order for you, just like the ones you’ve seen throughout this post.

For some digital practice, there are some great apps specifically designed for stroke order practice. Some learners swear by KanjiQ (iOS and Android), which is all about kanji training with flashcards. Their newest feature is the kanji writing practice option, where you get to observe proper stroke order and try it out for yourself. The app will correct you along the way.

A more holistic Japanese learning app (and my personal favorite Japanese learning tool) is Obenkyo (Android only). This app is all about total Japanese vocabulary reading and writing mastery. You’ll get to observe animated demonstrations of stroke order, get in hands-on writing practice and get immediate feedback from the app. You’ll also get massive vocabulary lists (categorized by JPLT level), thorough grammar lessons, flashcards, practice exercises and quizzes to really put your knowledge to the test.

And although it’s not a kanji writing program, you can get plenty of practice actually learning and memorizing those tricky kanji with FluentU. FluentU takes real-world videos—like music videos, movie trailers, news and inspiring talks—and turns them into personalized language learning lessons.

It also tests you on new vocab and learns as you do, so you’re constantly getting pushed to study the concepts and words that you’re struggling to learn. It’s a fun and effective way to boost your kanji skills as well as your vocab and grammar knowledge.

So, now you’re armed with everything you could possibly need to master the art of Japanese stroke order.

Roll up your sleeves, grab a pen (or paintbrush) and start practicing!

Japanese Cheat Sheet for Travelers: Essential Vocab and Phrases to Use in Japan
Cool City, Cooler Language: 8 Key Characteristics of Kyoto Dialect to Give Your Japanese a Twist