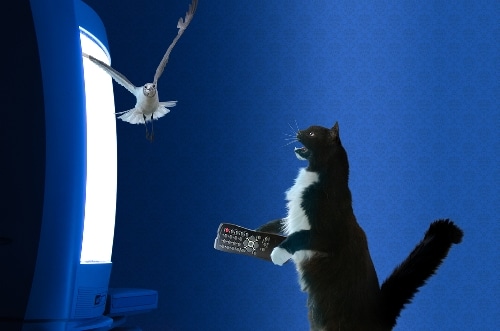 When’s the last time you watched a Japanese television drama?

If your answer to either of those questions was “Never,” you can’t hear it, but I’m gasping right now.

And I’m determined to help you remedy the situation.

Sorry, I don’t mean to be overly…dramatic!

But there’s something you, as a Japanese learner, have got to understand:

Not only are these shows a lot of fun to watch, but the subject matter within the world of Japanese dramas is incredibly varied, making them a great way to pick up specialized vocab in context.

Name nearly any topic you want to be able to talk about, and there’s likely a drama series that involves that topic in some way.

How awesome is that?

But before you dive into a new drama series on your path to holding a detailed Japanese conversation about, say, professional basketball, you’ll need to find the right series to watch.

You’ll also need to have some idea of how you’re actually going to learn—and remember—all those cool new words.

Let’s take it from the top.

How to Acquire New Vocab from Japanese Dramas

To get the most out of watching a Japanese drama, you should figure out a system for retaining vocab that works for you. It will probably be a trial-and-error process that you’ll develop the more you watch, and you might learn some new things about your personal learning process along the way.

For example, maybe it helps your comprehension if you pause what you’re watching to look up unfamiliar words in real time. But maybe that’s too distracting, or too troublesome, and you’d rather jot things down to look up all at once later.

Either way, adding words and phrases you come across—the new, the interesting, the unusual…or just the plain fun—to flashcards for further study can help ensure you’ll remember what you’ve learned.

Drama series are created to be entertaining, so the shows you choose to watch should ultimately serve that purpose. If watching dramas becomes more work than fun, there’s a good chance you won’t stick with it—meaning you lose out on the educational value completely.

Another point to keep in mind is that, especially earlier on in your Japanese learning journey, it can be a mistake to rely entirely on your own ears to pick up vocab. Some words, or even whole phrases, can sound deceptively similar, and getting one syllable wrong can make something impossible to look up in a dictionary.

There’s also always the very real possibility of learning a phrase, memorizing it and using it…all the while being unaware that you’re using it in the wrong context entirely, because you misheard!

With FluentU, you can learn Japanese from real-world videos—like music videos, movie trailers, news, inspiring talks and, of course, dramas—without ever having to pick up a dictionary. With subtitles, transcripts and “learn” mode, which turns each video into a personalized language lesson, you have everything you need to increase your understanding of the language right in front of you!

Here are a few tricks for correctly picking up vocab from Japanese dramas:

Whatever methods you use, remember that you really don’t need to understand every single word in an episode or add them all to your flashcards. The more episodes you watch, and the more time you spend actively listening, the more you’ll naturally start to pick up new words and phrases that might have been indecipherable in the beginning.

Looking up and trying to remember everything can be overwhelming—and again, we want to keep the balance of fun vs. work squarely in favor of fun.

So, now that we know exactly how we’re going to extract all this awesome new vocabulary from the shows we watch, we have to figure out what to watch!

You have two main options as far as watching Japanese dramas: DVDs and streaming sites. Each one has pros and cons.

You can find nearly any drama, new or old, on DVD, and you can also rip audio from DVDs for listening to later (convenient for studying on the go).

But, unlike with anime and some movies, localized DVD releases of dramas for English-speaking countries are basically nonexistent, so you’ll have to get them from Japan.

Japanese DVDs rarely (as in, pretty much never) have English subtitles, which can severely impact the enjoyment factor, especially if your Japanese isn’t at an advanced level yet.

Plus, DVDs are expensive, plain and simple—and unless you share a region code with Japan, you might have to buy a new DVD player just to watch them.

Streaming sites, on the other hand, offer way fewer options, but are also way cheaper, if not free.

Some sites to check out for Japanese dramas include Hulu, Crunchyroll and Viki.

(Netflix has other Asian dramas, but I haven’t found any Japanese dramas on there yet, unfortunately. If you already have a Netflix account, though, it doesn’t hurt to check every once in a while.)

For DVDs, your best options are probably CDJapan, YesAsia and eBay (although beware of bootlegs if you go the eBay route).

There’s also Amazon Japan, but they tend to be the most expensive option if you’re shipping out of the country. (If you live in Japan, though, they might be the cheapest.)

Whichever option you choose, you have to find a drama to start with, right? An easy way to start is to just read summaries and pick whatever sounds interesting, or check out some recommendations. If there’s a certain genre you know you like, look there first. Or, if you’re already a fan of a particular actor, you’ve got a nice ready-made list to check into.

If you don’t have genre or actor preferences to start with, don’t worry—once you become more familiar with Japanese dramas, you’ll start to figure out what (or who) appeals to you, making it easier to find new series as you go.

Recommendations Based on Specialized Vocab

Another option is to pick a show based on what you can learn from it. What kind of vocab do you think would be interesting or useful? To get you started, here’s a selection of some series to check out if you want to learn words in a particular field, setting or context.

If you want to learn sports vocab, try…

If you want to learn food vocab, try…

If you want to learn medical vocab, try…

If you want to learn relationship vocab, try…

And for more profession-specific vocab…

Don’t Worry, There’s Something for Everyone

None of those grab your attention? Interested in learning vocab for a different topic? There’s probably a drama that can help.

Just search on Google (or your search engine of choice) for “Japanese drama about [topic]” to get some ideas. You can also ask for recommendations, either from friends or on drama-related forums.

Whatever show you choose, remember the fun factor. Watching a whole series will help the topic-specific words and phrases stick more because you’re hearing them again and again, but don’t suffer through a show you don’t actually like.

If you’re bored with a drama, move on.

There’s plenty more out there!

Katie O’Hara is a writer, editor and blogger with a long and varied history of learning Japanese. (Pro tip: Don’t mention the city of Fukuoka to her unless you really want to hear how much cooler it is than everywhere else, at length.)

Cool City, Cooler Language: 8 Key Characteristics of Kyoto Dialect to Give Your Japanese a Twist
Up for the Challenge: 4 Intermediate Japanese Textbooks for Spirited Learners