Learn German Through Music: 8 Modern Classics to Get Started

Thankfully there are less conventional and more fun ways to learn German—like learning German through songs and music.

Why Learn German Through Songs and Music?

First, it’s easier to remember phrases from a song than from a textbook, and the lyrics are usually more interesting than the kind of sample sentences that you get to learn grammar in a textbook.

Second, seeing and hearing a language in its natural environment is always the best way to learn a language. There are certain elements to a language that are too small to bother teaching in the classroom, and that you’re only going to pick up by seeing them often enough.

Finally, after you’ve spent all of the time necessary to understand all of the lyrics to the song, you can listen to it again without needing to look up words and you’ll be rewarded by being able to understand every aspect of a German song that’s moving, funny, or catchy.

How to Learn German with Songs and Music?

The way I see it there are two main ways to learn German through music.

Google your favorites. Start out by searching for your favorite songs, artists and genres. See which ones have lyrics available online. You’ll probably be able to find the music online somewhere. YouTube is a great resource, and often you’ll find videos that have the lyrics on-screen.

Track down lyrics. If you couldn’t find an all-inclusive video with both music and lyrics together, Google the lyrics separately (or use Rapgenius). Then look the words up in your dictionary, make flashcards, review your vocab and rely on your flashcard system to bring up the words at the right time for review.

Plus, every single video on the site is accompanied by interactive subtitles, which you can use to get instant definitions for any unfamiliar word or phrase. Fun quizzes, video transcripts, vocab lists and multimedia flashcards round out FluentU’s useful offerings.

Check out the last section of this post for more information on FluentU and how it can amp up your German learning progress like never before.

With that in mind, here are my recommendations for learning German from music. 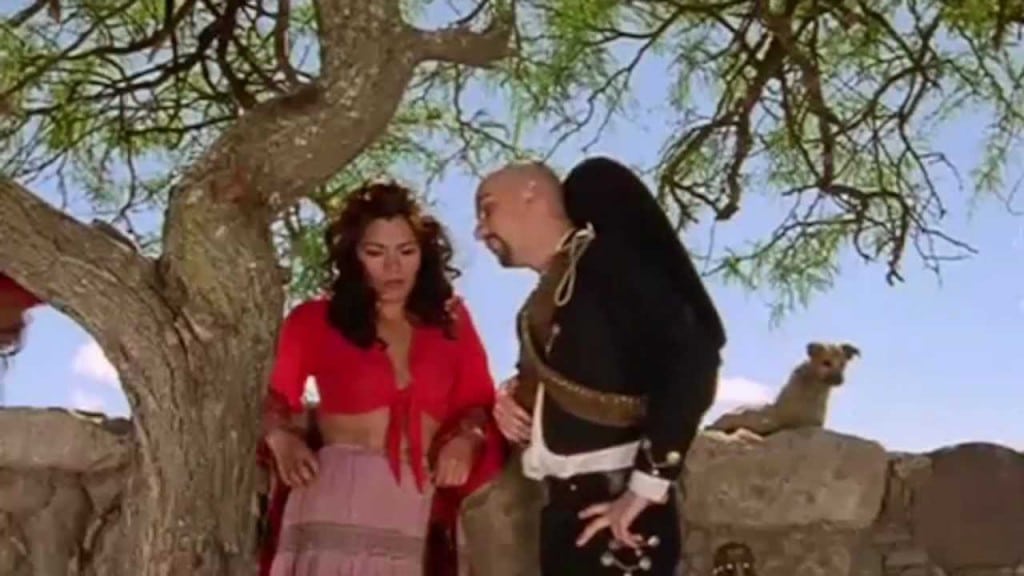 Fettes Brot is one of the first popular German hip-hop bands. I like to think of them as a kind of German Beastie Boys. This song is about a guy who couldn’t afford to go on vacation with his girlfriend, and finds himself tempted to cheat on her. The song’s title, “Jein,” was invented by Fettes Brot for this song, and is a combination of the words Ja and Nein, and it shows his indecision about whether to cheat or not. Fettes Brot, or “fatty bread,” is Hamburg slang meaning “good hash.” 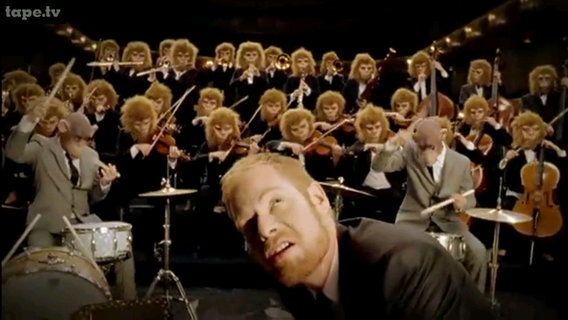 Peter Fox, the lead singer of the reggae-music inspired group Seeed, made a solo album which was one of the best selling albums ever in Germany, winning every German award that there was to win.

In the song “Alles Neu,” Fox sings about how he wants a new start for both himself and for his home city of Berlin, which has changed enormously in the past 20 years. The song uses lots of imagery of construction equipment, alluding to the fact that Berlin has been almost completely covered in cranes and construction sites because of the massive amount of construction that has gone on there since German Reunification. 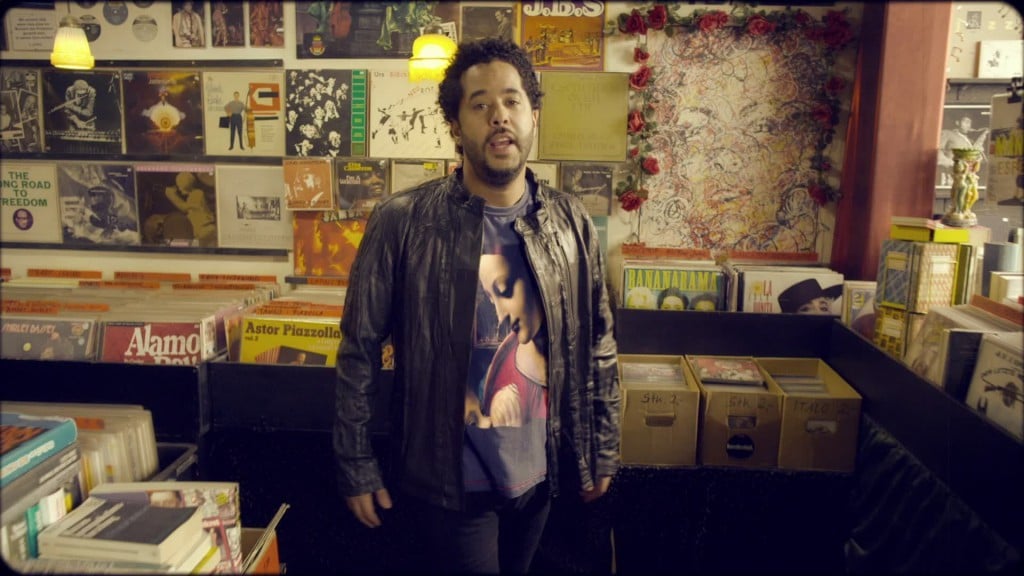 This song got a lot of play time recently on the German radio. Adel Tawil, the former singer of the band Ich + Ich, cleverly makes references (in German!) to lots of American musicians that have influenced him musically, including Kurt Cobain, Whitney Houston, Rage Against the Machine, and Michael Jackson. 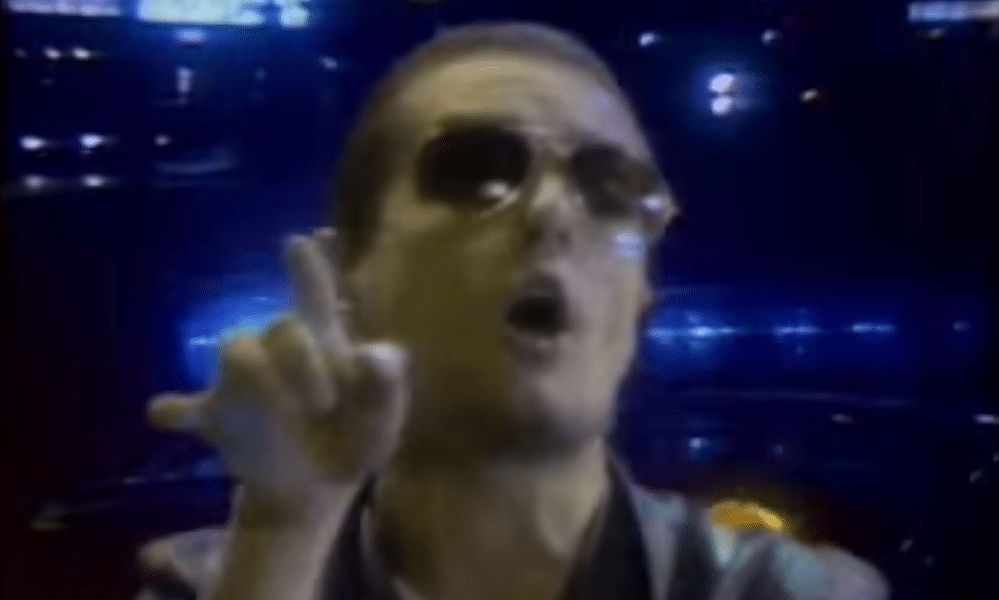 Falco was one of the most popular German-language singers of all time, before his career was cut short by a car accident in the Dominican Republic. See if you can notice his Austrian accent in this song—instead of saying “Geschichte” he says “G’schicht,” and in the refrain, he sings “drah di net’ um”—in Hochdeutsch, Dreh dich nicht um (Don’t turn around.)

This song is about him being confronted by a police officer, and contains a few unsubtle references to drug use (though in TV interviews Falco always claimed this line was just about skiing) “Dieser Schnee auf dem wir alle talwärts fahren kennt heute jedes Kind” The snow that we’re all sliding downhill is familiar to every child nowadays. 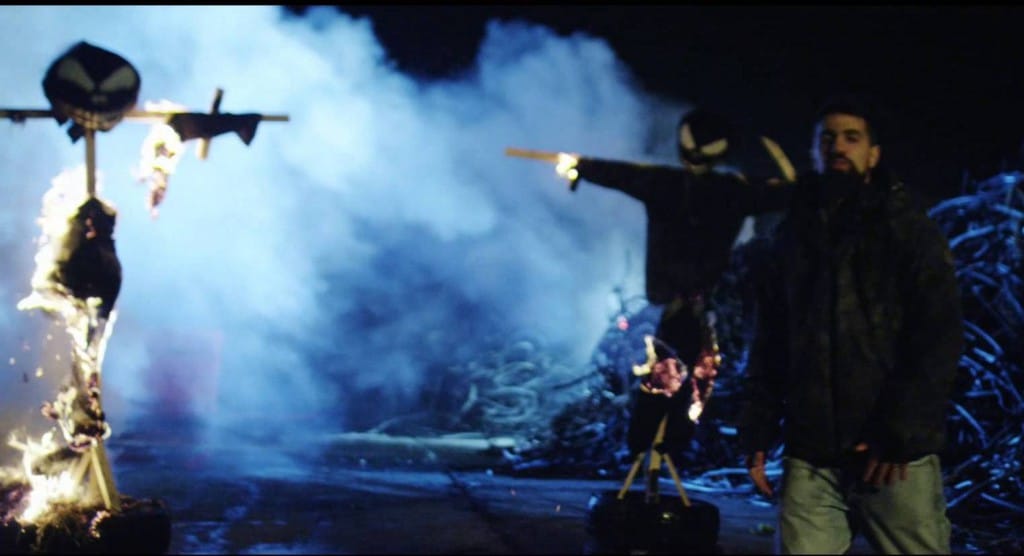 Bushido is a very controversial rapper in living in Berlin. Criminal charges are currently being pressed against him by several leading German politicians who he threatened in the song “Stress ohne Grund,” which was also controversial because of several anti-gay statements.

Bushido got into a conflict with the rapper Kay One, the Kenneth Glöckler that this song is about. Kay, a younger rapper of Filipino descent, worked with Bushido in Berlin for several years before a disagreement over a contract led to Kay leaving Berlin. This song is supposed to be a complete biography of Kay, ich fange an mit der Trennung deiner Nabelschnur (I’ll start with the cutting of your umbilical cord.) 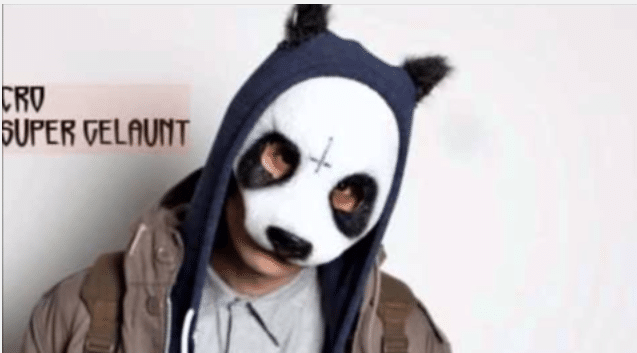 Cro, known for his panda mask, is a German artist from near Stuttgart who calls his genre of music “raop,” a mixture of rap and pop. Though German rap generally isn’t very gangsta compared to American rap, Cro’s lyrics are not at all and I think that he could be compared with Macklemore or even Mac Miller.

In this song, “super gelaunt” (in a great mood), the text is ironically about feeling great in spite of not being able to pay his rent, having nothing to drink or smoke, failing a test, and his girlfriend getting pregnant. 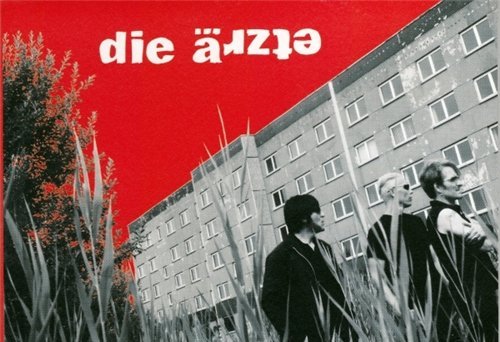 Die Ärzte is one of Germany’s most popular pop punk band. This song’s title, N 48.3, is the classification in the World Health Organization’s International Classification of Diseases for priapism, an erection that won’t go down. The singer of the song sings about three failed attempts to pick up on a girl on Friday night. The first he rejects because she was wearing a push-up bra, the second was a transvestite, and the third… Well, listen to the song and find out! 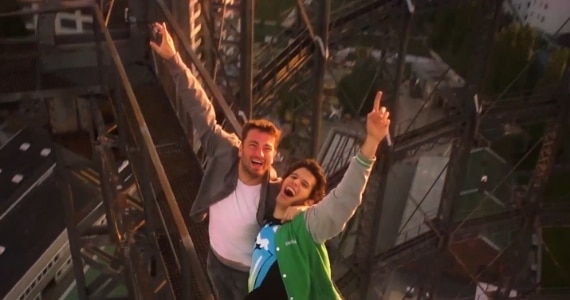 Lila Wolken, or purple clouds, is a song about escaping the stresses of the day by going partying with your friends until morning. Wir bleiben wach bis die Wolken wieder lila sind—we stay awake until the clouds are purple again. Though I think the rest of their first album wasn’t very good, their new songs OMG! and Kids (2 Finger am Kopf) are even better than Lila Wolken.