Did your high school English teacher dock your grade for listening to music in class?

Well, put those headphones back on, because listening to German music with the song lyrics is totally acceptable!

In fact, we encourage it. Why?

German song lyrics can help you learn German grammar, vocabulary and idioms – the way they’re sung on the street!

Learn German with Song Lyrics: 5 Artists to Get You Started

Today, I’ll share some songs from my favorite German artists – many of them hip-hop and R&B artists – that I’ve used to improve my listening comprehension and German speaking skills.

So get ready to check out some sick new beats, sing (or rap) along and improve your German – with song lyrics! I hope you have as much fun learning German as I do! 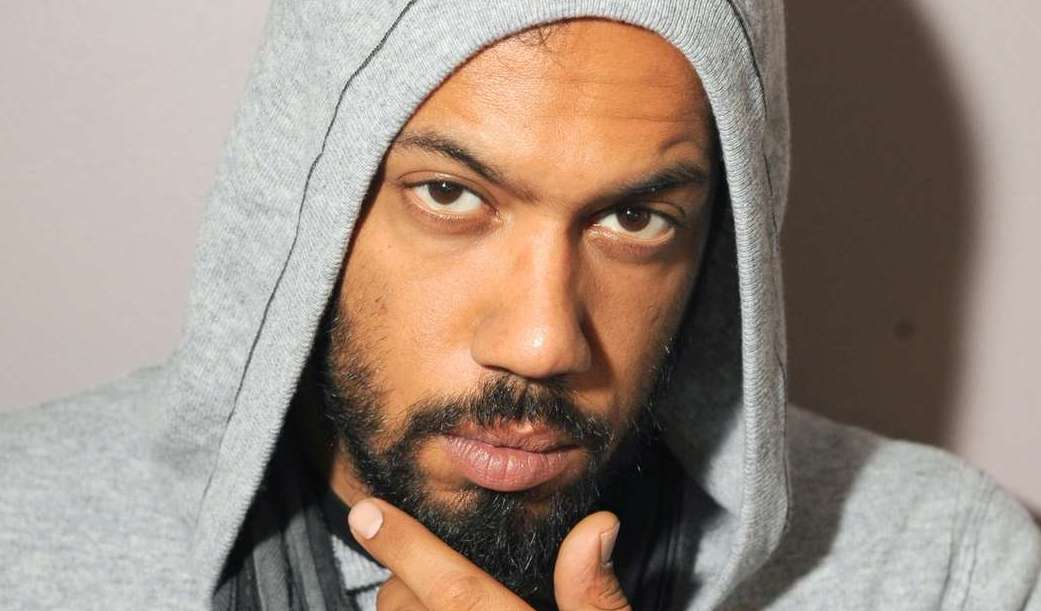 Do you know what Samy Deluxe, German rapper and hip-hop artist, is saying? Check out this tongue twister from his song, “Sprech Wie Ich Sprech” off his hit album, Dis Ist Wo Ich Herkomm (2009).

Of course, it sounds a lot better in its native language, but it just goes to show that even German speakers acknowledge how hard it is to speak German! A Hamburg native whose parents immigrated from Sudan, Samy Deluxe is a great example of why Germany is a country of cultural diversity – “multikulti,” as they call it – and home to many speakers of German as a second language.

A unique and authentic voice in and of Germany, Samy sings about race, class, demographic change and growing up in Germany, sometimes even poking fun of the German language itself. For example, nothing seems to rhyme with the word for “CEO” in German: Vorstandsvorsitzender.

(Therefore I try to sing in German
without sounding too German
I’d like to use words like “CEO”
but that doesn’t work, because I’m in Germany (oh yeah… and say…)) 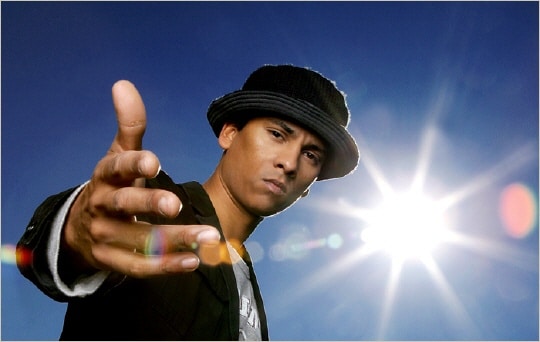 What’s a better way to learn your ABCs and 123s in German than with Sesamestrasse, Germany’s Sesame Street? Longitudinal education research reports that children who watched Sesame Street as preschoolers actually had better grades in high school – so imagine what it could do for your German!

Click the link above to check out the episode of Xaivoo Naidoo and Bert and Ernie as they learn an important lesson about working together.

Naidoo sings, “Was wir alleine nicht schaffen, dass schaffen wir so zusammen.” (What we cannot achieve alone, we can achieve together.)

Here are some phrases that might be a little bit harder to understand in this video. Preview these words so you know what Xavier says before you watch the video to reinforce your learning during viewing.

Dass erscheint mir viel gescheiter – That seems much wiser to me 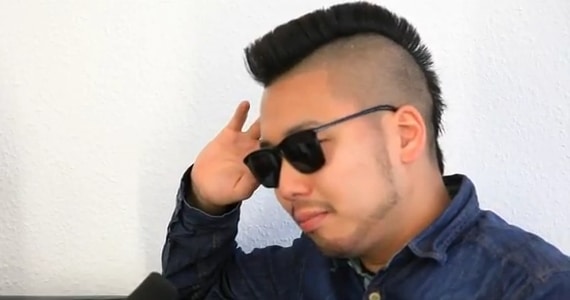 Each week Blumio, an Asian-German rapper who gained his fame through YouTube, raps his take on the latest news. From the Syrian conflict to German elections, Blumio covers it all. You also may find that he’s quite critical of the events lately, a cultural practice not uncommon in most conversation circles.

From commenting on the Israeli-Palestinian conflict to teaching young viewers about ultra-consumerism through demand for the iPhone 6, Blumio’s perspective is another example of how the German voice is not one size fits all, and how German music comes in all sizes, shapes and forms.

In a recent im gerappten Rückblick (or in “rapped roundup”) Blumio comments on the coverage of Xavier Naidoo’s recent concert for peace at the Reichstag in Berlin, which was misinterpreted by the media to accuse Xavier of being right-winged. (See, I told you, these German rappers are everywhere!). In Episode 97, Blumio raps about how the media always seems to portray events the way they want to portray them, hypocritically and often deeply incoherent.

Why does Blumio’s Rap Da News have what might be described as a “native” difficulty level? Blumio uses a lot of colloquial language and slang that a native speaker may be more familiar with, as well as addresses complex issues in such ways that highlight his lyrical craft. Check out these key words that you might hear in this latest rendition of Rap Da News. (Warning: this may not be a politically correct video to some viewers!)

Key Vocabulary:
Rechts sein – To be right-winged or conservative

Feind beschreiben – To describe the enemy

Zwingen – To coerce or to force 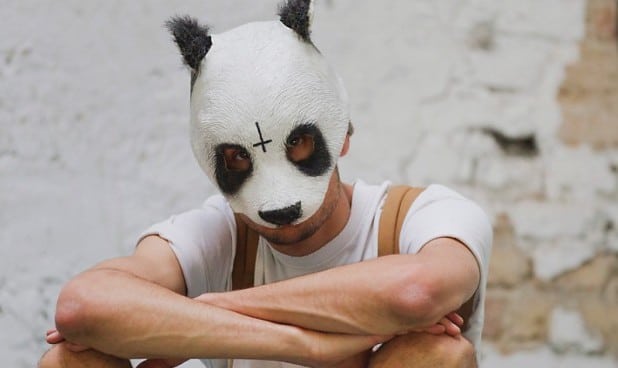 Imagine a world where you could afford anything you ever wanted. You certainly wouldn’t worry about money anymore, which is what Cro sings about to a girl in the song “Einmal Um Die Welt”. Don’t be fooled by his strange animal masks.

Born Carlo Waibel, the 24-year-old Cro, self proclaimed King of “Raop,” a combination of rap and pop, is one of Germany’s most popular artists. (Cro is quite modest about his English in this article, as he comments about the differences of succeeding in the German and American music market, but hey – it’s a lot better than most Americans’ German!)

Listen to “Einmal Um die Welt” and follow along with the lyrics here. You might hear the following words or idioms.

Gib mir nur deine hand – Just give me your hand

(Notice that in many German songs, artists will shorten words or syllables, but it’s not often grammatically correct. You might already know that the full form of the phrase is “Ich kaufe dir … etwas!” He does the same thing in the line “Und ‘nem Safe an der Wand,” where the full phrase is “Und einem Safe an der Wand” – And with a safe on the wall.)

(German grammar note: You surf “auf” Hawaii, but shop “in” LA. Why? No idea. German just has its rules!) 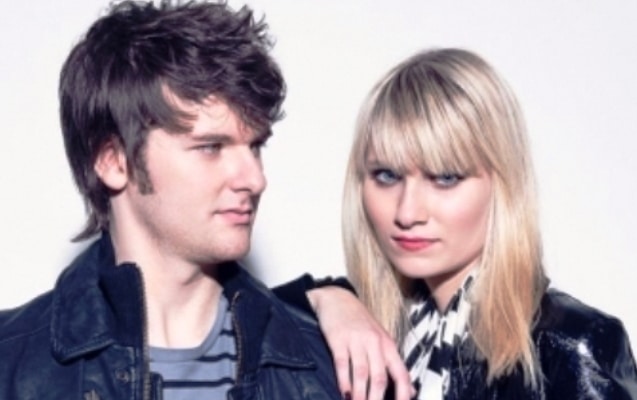 All right ladies, I must admit this feature of German music artists has been a little one-sided, so I’d like to conclude with a shout out to one of my favorite bands with a female singer: Glasperlenspiel. While the German rap and hip-hop scene may be dominated by male artists, female vocalist Carolin Niemczyk is one girl who takes the lead in the pop scene.

Here are the lyrics with some key vocabulary words defined below. I hope you can use the tools mentioned above to look up the rest of the words you don’t know!

Warning: if you look up this song online using Songtexte, the lyrics are wrong! These are the correct lyrics:

Ich schwör dir – I swear to you

Hoch hinaus – High and far out

I hope that these artists will help you get started learning German with song lyrics. Needless to say, there are many more great German artists to discover out there. Thanks for reading! Bis zum nächsten Mal! Until next time!