The human brain has a much easier time remembering words attached to music.

German songs can be like flashcards without the tedium, guiding you through the grammatical jungle with concrete examples of how the language actually works.

So take these helpful songs for a spin, and you’ll have your word order, cases and more memorized before you know it. 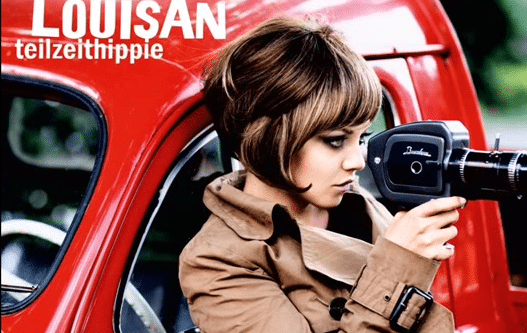 A sweet, upbeat ditty with plenty of humor and fond mockery.

The scenario: The singer-songwriter’s mother ventures into the world of computing for the first time, hoping to figure out the process of sending an email. Louisan helps her on the phone, providing instructions.

Plenty of nouns, so plenty of article declination. What to do mit der Maus (with the mouse)? Mit dem Karton (with the box)? Was hast du denn für ‘nen Provider (so what kind of provider do you have)? Mama has no idea. Die Hoffnung stirbt zuletzt (Hope dies last). 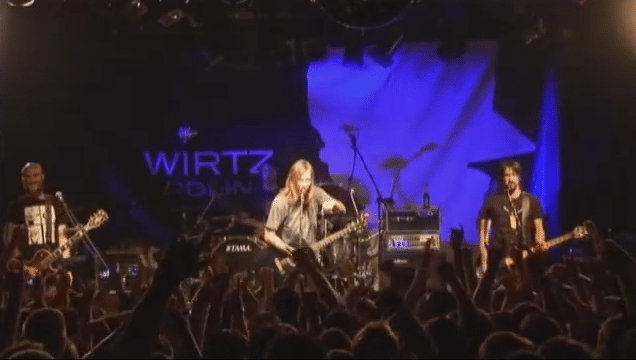 Hard-rocking, compelling song about thinking critically and speaking the uncomfortable truth, even when it’s unpopular. 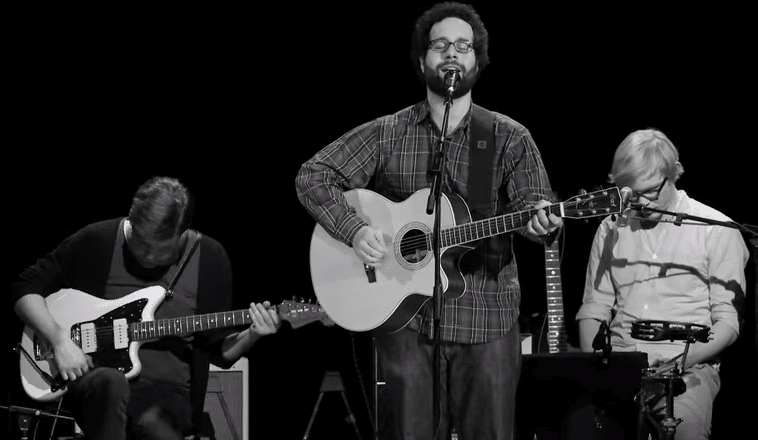 Zu, über, unten, in, vor, aus, bei (to, over, under, in, before, out, at) – this song is full of those luscious German prepositions. As the indie rockers from Hamburg paint a dark and abstract picture of dysfunctional love, you can cement in your brain the diverse ways in which prepositions act upon possessive pronouns, articles and adjectives. Also, the lyrics provide examples of imperative form in the second-person plural. The live acoustic version of the song on TV Noir, with a slower tempo and black-and-white aesthetic, is particularly lovely and haunting. 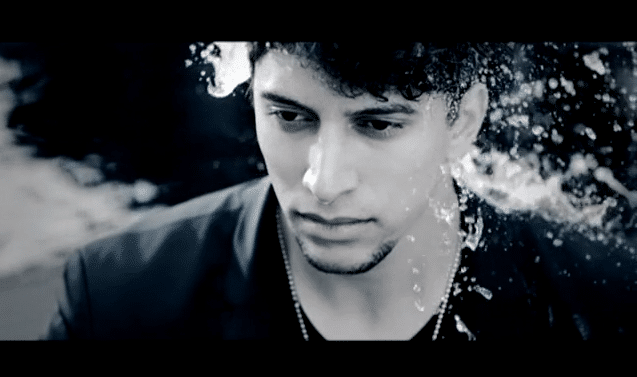 Learning to sort out the proper form – accusative or dative – of two-way prepositions is key. While some prepositions are always clear – durch (through) and gegen (against) are accusative, while aus (out) and mit (with) are dative – it’s easy to get two-way prepositions like in, auf and über (in, on and over) mixed up. Think of this song and remember: Dative is used to describe where something is statically existing – the locational or wo (where) state. Accusative is used for movement – the directional or wohin (to where) state.

This song shows many examples of the dative state, so you can refer back to it and work out the accusative by elimination, if ever confused. Ich treib alleine auf dem Meer(I float alone on the sea) he sings, static state, with the dative particle dem. If he were to shove a boat into the sea and take off, it would be the directional accusative, (fahre hinaus) auf das Meer, shortened to aufs Meer (I’m sailing out onto the sea). This song is also a good example of reflexive pronouns. 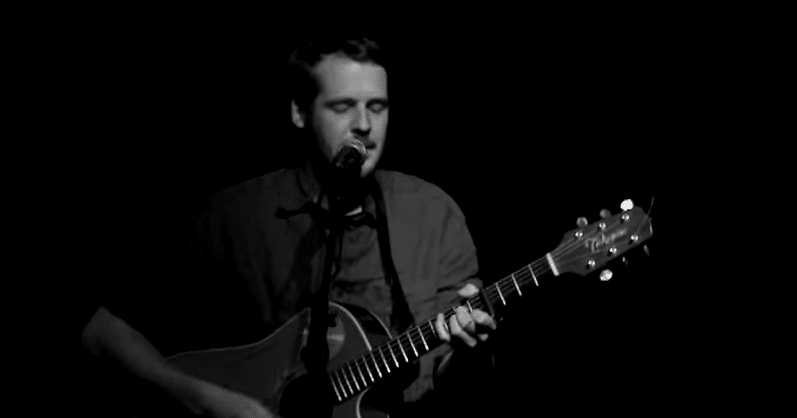 In this song, singer-songwriter Gisbert zu Knyphausen says goodbye to a failing romantic relationship. He tells his love gently to leave and not look back, and he employs a number of verbs with separable prefixes as he lays out the impending separation. Nimm deine Schuhe mit, he says – take your shoes with (you), the imperative form sending the “with” on the front of the infinitive verb mitnehmen (to take with) to the end of the clause.

The same rule returns as he applies the imperative to the verb umdrehen and tells her, dreh dich nicht um (don’t turn around) and with his construction based on the verb krummnehmen (take the wrong way), the imperative nimm sie uns nicht krumm (don’t take it wrongly). We also see a separable verb, einreden (talk into / persuade), staying whole, because the modal verb musst (must), at the start of a long sentence, keeps it united at the end of a subordinate clause. 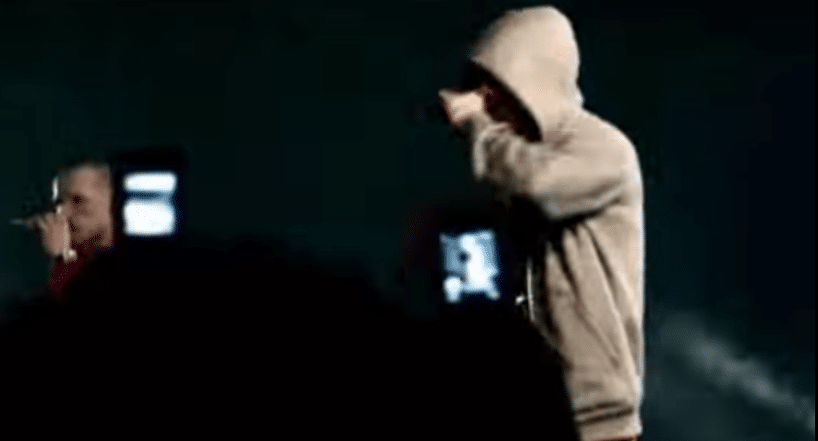 This belongs to that particular brand of rap song which glorifies the money and possessions the rapper has accumulated while sneering at his haters, who so clearly underestimated him back in the day.

All that self-involvement produces great examples of reflexive verbs and pronouns! As reflexive verbs have the same object and subject, “me me me” songs are perfect. For instance, Bushido can now buy himself (sich kaufen) all kinds of things if he wished, like an entire Lidl grocery store and a villa. Why? Because the times have changed (themselves) – Zeiten ändern sich. 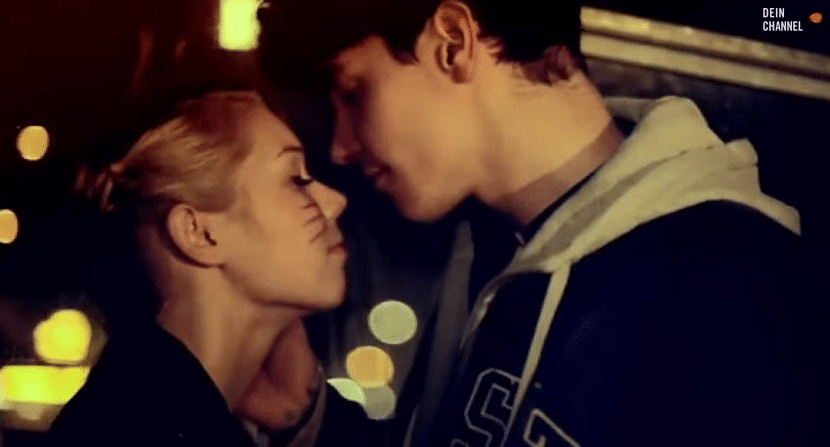 Subjunctive I (Konjunktiv I) can seem like a uselessly esoteric concept in language class, but it’s actually subtle, expressive and may end up being enormously helpful if you become professionally active in Germany. Why? It enables you to make passive assertions, relating unverified claims or hearsay without staking your own credibility on the statement, and is frequently used in journalism.

Good thing you have this catchy electro track with laconic hipster rap vocals to help you remember how the form works. Actually, there’s just one example – doch sie sei leider pleite (she was supposedly broke, unfortunately) – but the song is also packed with adjective declination, past tense verb conjugation, lots of slang and complex narrative lyrics, and the music video is utterly charming. Sei (subjunctive form of is) is basically the most important passive verb form anyway, along with habe (subjunctive form of have).

Watch the video, and then go buy a Polaroid camera and an Audiolith shirt. If you make it all the way to a Frittenbude concert, you can whip out your passive form humor and tell the merch guy: Man sagt, da draußen gebe es nichts wie dieses Shirt von Audiolith mit den schönen großen Buchstaben (they say there’s nothing out there like this shirt from Audiolith with the nice big letters). 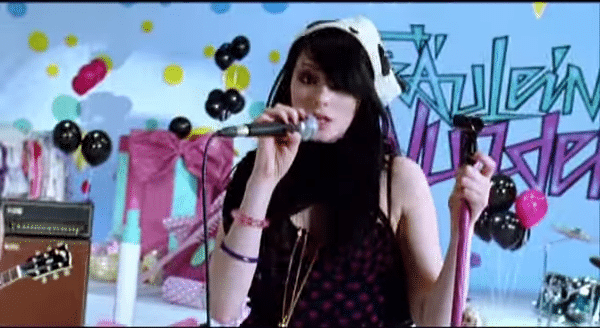 Ah, subjunctive II (Konjunktiv II), the marvelous realm of theoretical, far-fetched possibilities and sheer imagination. What would you do if you were suddenly transformed from a girl to a boy? The ladies of Fräulein Wunder have a few ideas. Ich würd nur D-max gucken, und Jacky-Cola schlucken, ich würd mich selber küssen, und nur zum Spaß freihändig pissen – wenn ich ein Junge wär… (I would watch only D-max, gulp cola, kiss myself and piss with no hands for fun…) Drinking with Swedish girls, martial arts and donating sperm also make the list of subjunctive activities. 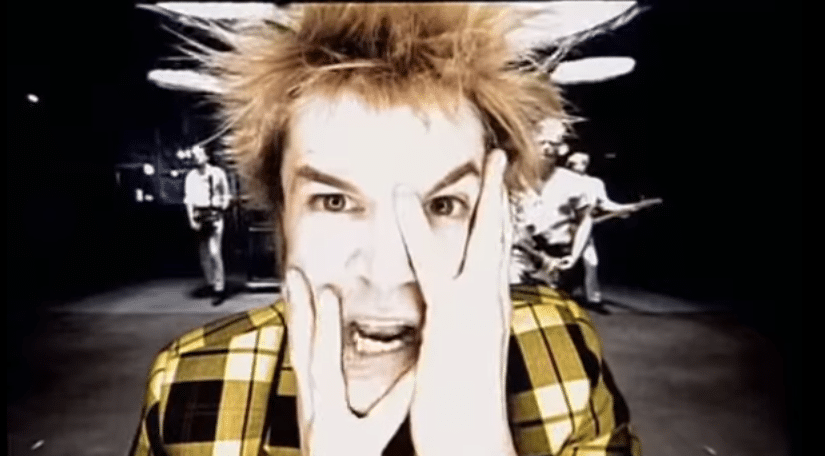 Once upon a time in Poland, I got to tell the members of Die Toten Hosen that their music had helped me learn German, and it wasn’t an exaggeration. Campino’s voice simply has an unforgettable quality – this song is no exception. If you want to learn the tricks of possessive form, spend a bit of time with these lyrics. They feature possessive constructions using the genitive form, both feminine and masculine: Die Hölle der Wiedergeburt (the hell of rebirth), im Buch des Lebens (in the Book of Life). Possessive pronouns also show up: The genitive dessen Chancen stehen nicht schlecht (his chances aren’t bad) and the basic accusative wer sein Schicksal mit Demut trägt (he who bears his fate with humility). 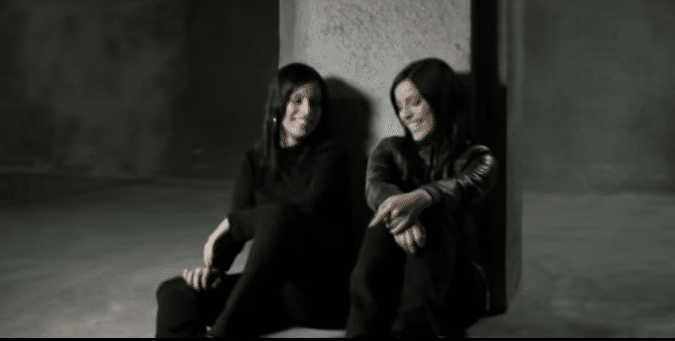 A stirring song in general, and especially helpful if you’re studying the imperative form. Silbermond singer Stefanie Kloß is here to motivate the depressed and daunted listener, and she does it with a wide range of commands in second-person singular and plural.

The internet has many more songs that you can use to keep improving your German, if you know where to look.

This can be as simple as heading over to Spotify and listening to song lists, while you use the lyrics to slowly work your way through the meaning.

You can also take it a step further and use learning programs to help guide you. For example, FluentU has gathered a library of authentic media, including plenty of songs and music videos, that are equipped with interactive subtitles. This lets you see the lyrics as the song plays, but also lets you check the definition of any word in the lyrics on the fly.

Wherever you find your bops, with the grammatical gems hidden inside  German songs, you’ll be whistling a happy tune as you learn.

Caitlin Hardee is a freelance journalist living in Berlin. Like her hometown Seattle, the German metropolis has plenty of rainy weather, delectable coffee and a vibrant music scene. She loves photography, radio and nomadic wanderings. Her current favorite German word is Überbleibsel.