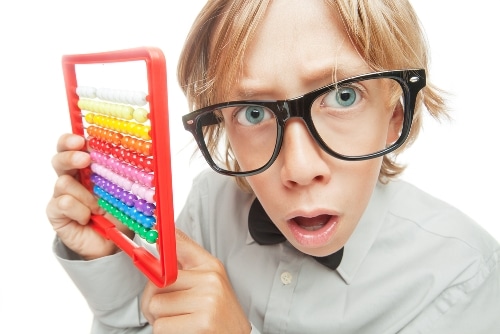 Do You Know How to Count in German? Get Started Easily Now!

Whether taking a break from checking out the Neuschwanstein Castle during your travels or while pausing between your German classes, a footrace with friends is a great way to pass time. But for you, it’ll be much more fun if you can count how fast you are in German.

Learning about numbers is one way to get started on the way to counting efficiently, but putting it into practice is a guaranteed way to form a German counting habit.

Back in my German high school class, it was required to count outline bullet points in German when giving a PowerPoint presentation. Why was this the case? Because if any of us eventually went on to do business in German, this was sure to come up.

Learning how to count in German is a great goal for beginners, because you can find some fun ways to commit the sequences to memory. Whether you count out the page numbers in a book or how many German TED Talks you’ve seen, numbers are all over the place for your using.

Why Is Learning to Count in German so Imperative?

Some learners find counting rudimentary, so they simply learn the numbers and move onto more advanced words and phrases. However, we can’t stress enough how essential it is to commit German counting to habit, because it comes up in life more than you would expect.

Neat Ways You Can Practice Numbers and Counting

Reading through a list of numbers (like we’re going to do in a bit), is a necessity when getting started. But you’ll never commit those numbers to memory or learn to count in German if you don’t practice on a daily basis.

Here are some ways to bring counting into your schedule:

Click “Pronunciation” next to any number to hear it pronounced in German.

Once you get past 20, the German numbers start sounding strange compared to English. The number order is backwards with higher numbers (i.e. drei und zwanzig for 23.) Looked at literally, this number says “three and twenty,” so you put the ones digit number first, include an “und” (and) and say the word “twenty” in German. This process stays consistent all the way up to 99.

If we count by tens, the numbers are pretty straightforward.

But once you work with more specific numbers, you’ll see how the second digit is stated first in German:

Important: Notice how the teens are slightly different from the the way you’d say numbers like 20 and 30. Zehn (ten) is placed at the end of each word for the teens, while zig or ßig (umpteen) is put at the end for higher numbers.

Take a moment to randomly pick out numbers to see if you can create the German version. Since we’re learning how to count, we recommend starting with sets of 10, so working through a set like 50 to 59 is a great way to get these increments into your head.

Once you reach the hundreds, it becomes a little more logical in number sequence.

Keep in mind, however, that when counting in this high range of numbers, you still use the same structure if you have numbers like 22 or 45 tagged onto the end of the 1,000 or 10,000.

As you can see, the sequence of numbers is fairly similar to the way in which you would say it in English, except the words are smashed together and you have to remember to follow the rules for numbers between 20 and 99. So, for 9,999, it would be neuntausendneunhundertneunundneunzig, or more literally, nine thousand nine hundred nine and ninety.

Chances are, you’ll rarely have to count up to one million, but if you’re doing business and counting money, or pulling a Ron Burgundy to impress someone with how many curls you can do, counting in the thousands is not an unheard of practice.

Your best bet is to stick with some of the methods for practicing counting and numbers, so bring German into your workouts, count the number of steps on a staircase and play around with German counting exercises online. After a while, counting in German will become second nature, and you’ll be counting German sheep as you go to bed.

The German Coffee Drinker’s Guide: How to Order a Cup of Joe in German
The 4 Best Places Online for Advanced and Ambitious German Learners