Ready to get some drama in your life?

Read on to discover 7 ones to start with.

When I was in Berlin last summer, I probably watched more television in two and a half months than I had in the previous five years altogether.

I stumbled upon some truly fabulous programming on German TV. There is a true interest in quality work and meaningful stories that is unparalleled by other countries. Whether it was fiction series, talk shows or documentaries, the majority of German networks really seemed to have something worthwhile to offer every day.

But this was not my first experience with German drama series. In fact, when I was growing up in Uruguay, our national television channel used to broadcast a lot of great German shows, especially crime and detective shows like “Derrick” and “Kommissar Rex.” These shows were funnier and smarter than the television that was being produced in the United States at the time.

While U.S. television has come a long way since those days, German dramas still maintain a certain je ne sais quoi (or an “ich weiss nicht was”). They are fresh and original, with compelling stories and brilliant acting, and their variety is remarkable.

There are many reasons to watch German TV dramas, especially for language learners.

The German TV industry leads the world in great productions. You can practice your German while being entertained. From historical dramas to vampire stories and from teen angst tales to family life depictions, you can find anything and everything in German TV dramas.

If you’d like to gear up for longer content, start with clips from TV shows (really, almost any short videos in German will do). You can try a virtual immersion program to get video content enhanced for language learning. For example, FluentU takes clips from many different kinds of German video media and adds interactive, dual-language subtitles for extra support.

German Television for the World

There are nearly 40 million television households in Germany. This means it is the largest television market in Europe.

Ever since West Germany was allowed to broadcast programs for “the British side” and East Germany started its state television services, there has been nonstop production of quality television all over the country.

The greatest hit of German television ever is the series “Tatort,” which has been running since 1970 with changing casts, much like England’s “Doctor Who.” “Tatort” is a crime drama, one of the genres Germans have excelled at since television’s earliest times.

The most recent hit is “Unsere Mütter, unsere Väter,” which had an average of 7 million viewers per episode. It was acquired by the BBC, among broadcasters from 82 other countries, and is having a similar success all over Europe.

Other international hits include popular thrillers “Derrick,” “Alarm for Cobra 11” and “Verliebt in Berlin,” a soap opera.

This is the crème de la crème of German TV dramas, minus a few which have already been reviewed on our blog. The list includes some classics like “Derrick” and “Kommissar Rex,” and newer productions like “Alles außer Sex” (Everything but Sex).

1. “Block B unter Arrest” (Block B Under Arrest) 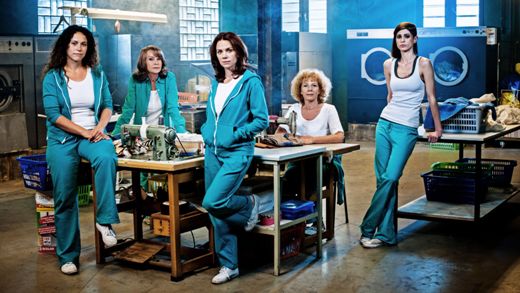 “Block B unter Arrest” follows Bea Kroeger, who is accused of trying to murder her husband. She is sent to a penitentiary to await trial and has to learn how to survive on the inside. Soon enough, Bea realizes she can trust no one but herself. This is a particularly interesting show if you are interested in learning German slang. Plus, it has been one of the most successful series to be released in 2015. 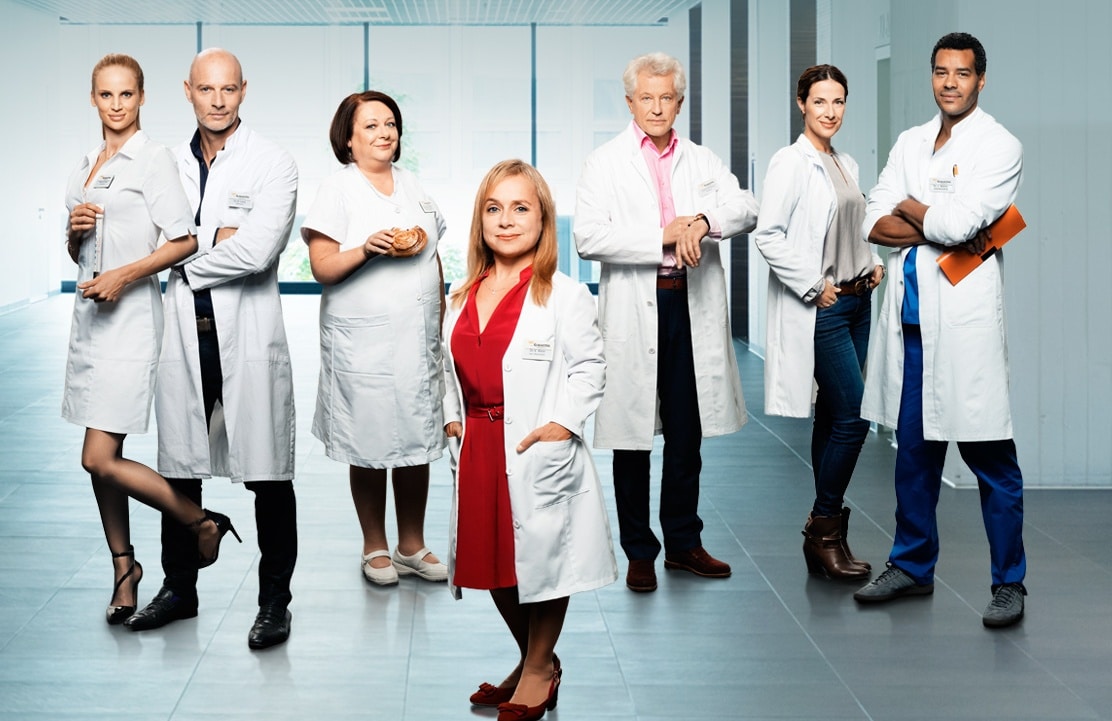 “Dr. Klein” is an interesting show about a 4’3″ tall doctor who works at a children’s hospital. She is little, her name is “little” (Klein) and her patients are little people, but she has a big, magnetic personality. The show has a central plot, focusing on the doctor’s love and family life, with many subplots related to her young patients. If you love series like “Dr. House” and “Monk,” you will probably love Dr. Klein. 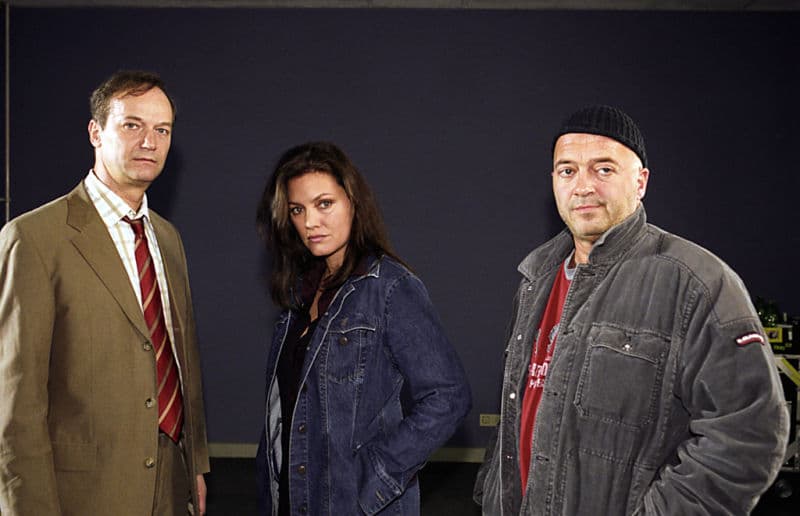 “Ein starkes Team” has been running on ZDF since 1994. Only three 90-minute episodes air every year. It is a crime drama centered on a special unit made of a chief of police, a sub-chief and one of their subordinates. It’s a kind of gourmet detective series, with beautiful shots of Berlin, great acting and a touch of sarcastic humor.

Because the genre is so familiar, and one generally knows what to expect from, for example, cops finding a dead body or interrogating a suspect, it is a good show for practicing your German regardless of your language level. 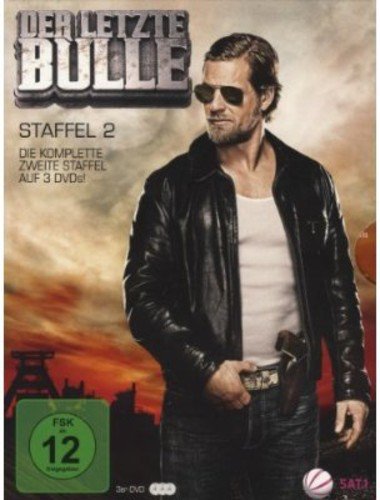 In the late ’80s, a young street cop is injured and ends up in a coma. Twenty years later, he wakes up rather unexpectedly. The world he wakes up in is a different place. He must adjust to the new technology, the Internet and political correctness in male-female interactions.

This is generally not an easy show to follow for learners in the lower levels. There is a strong emphasis on psychological drama, which can make the dialogue a bit obscure for beginners. Nostalgics will love the ’80s music soundtrack.

5. “Alles außer Sex” (Everything but Sex) 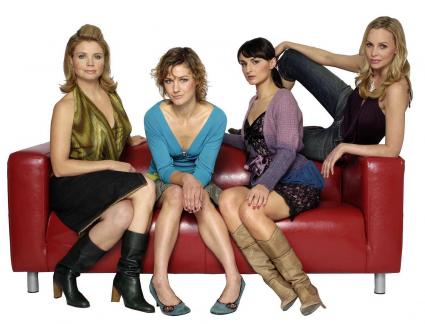 “Alles außer Sex” is a ProSieben production which first aired in 2005. It was Germany’s response to “Sex and the City.” With a viewership of around three million people, it was one of German TV’s most successful shows in history.

Minza, Valerie, Edda and Frenzy are four successful women in their 30s. Only one of them is married. Set in Munich, the series follows their sentimental lives, with a recurrent motive in their meetings at a favorite spot, where they share their most intimate secrets. This is reminiscent of how “Seinfeld,” “Friends” and “Sex and the City” characters had their diners, bars and coffee shops. The characters also appear in ProSieben’s TV movie “Das zweite Mal,” which preceded the show.

You won’t find this one original if you have ever seen “Sex and the City” or “Coupling,” but the storylines will get your attention, and the simple language in the dialogues can boost your learning. 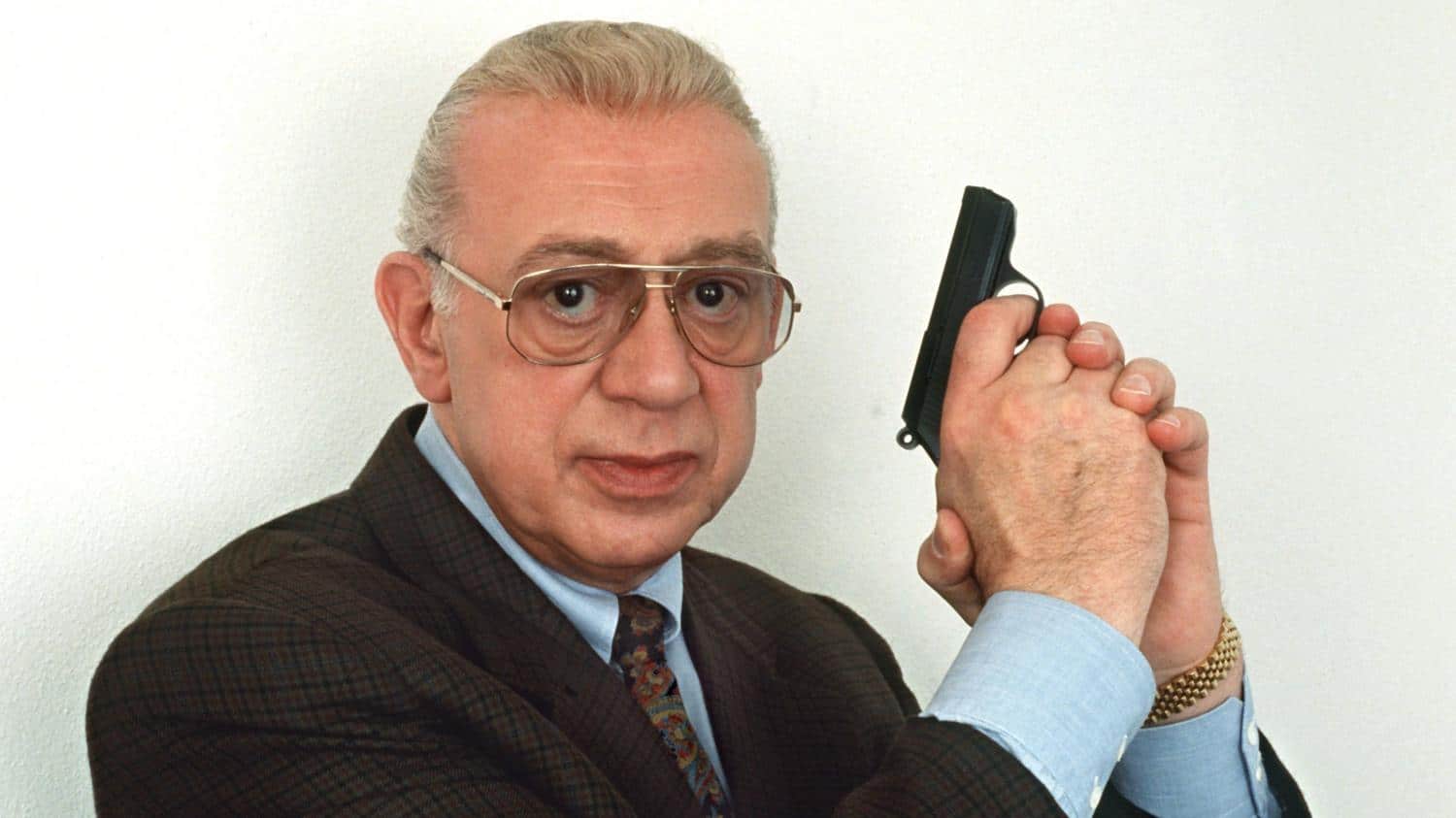 One of the most enduring classics in Germany’s entertainment industry, “Derrick” is a clever detective series starring the beloved German actor Horst Tappert. It ran from 1974 all the way to 1998. Apparently, they didn’t only show this one in Uruguay, as it is the most exported German series of all time. It has aired in over 100 countries.

Tappert plays Inspector Derrick, an eccentric, unmarried policeman who lives alone in a tiny apartment. But he is no ordinary loner. He has an uncanny ability to solve the most complex crimes in record time. The secret of this show’s success can probably be attributed to the actor’s charisma and the clever screenplays. 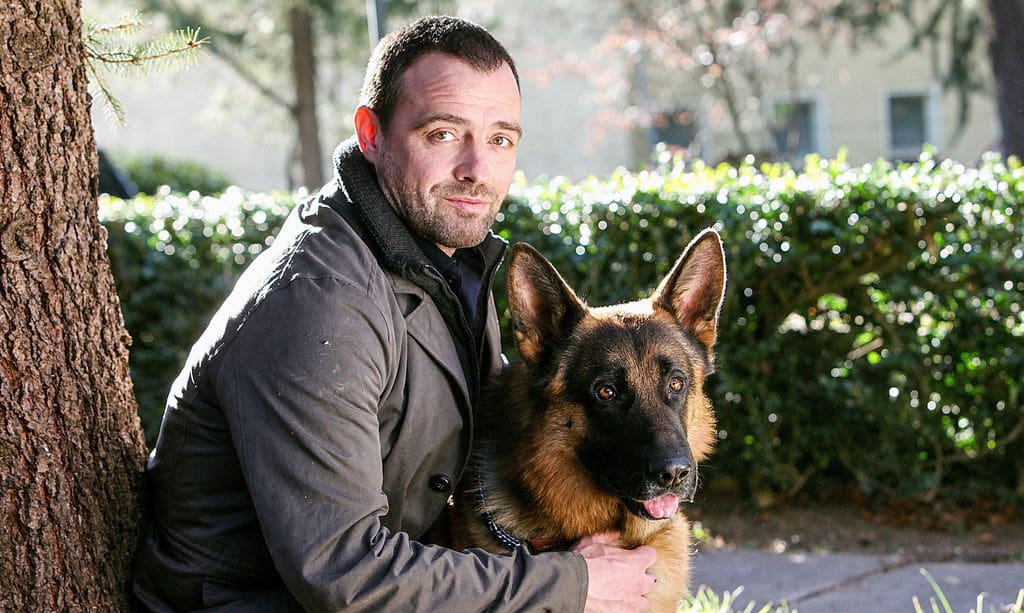 “Kommissar Rex” is a German-Austrian show about a police dog who helps a team of cops solve every crime investigation with sheer instinct and intuition. Rex is a German shepherd and a beloved character in many different countries around the world.

These great shows can really boost your language learning. Some of them are available on YouTube, Dailymotion or Netflix, and it is also possible to purchase DVDs with complete seasons for many of them. You have plenty of options now, so get out there and start watching!