20 Fruits in German: The Sweet and Simple Guide to German Fruits

These days, sugar’s in everything.

But the first sugar refinery wasn’t built in Germany until 1573, so what did Germans do before that?

Well, they had to sweeten their food with other things, primarily fruit.

Consequently, German cuisine features a long list of desserts that are still made of fruit today.

Because of this, eating out or grocery shopping in German-speaking countries can be difficult if you don’t know much fruit-related vocabulary.

In this blog post, I’m going to teach you how to say 20 of the most commonly used fruits and six popular fruit dishes. By the end, you’ll confidently be able to know what you’re eating and, more importantly, what you should try next.

20 Fruits in German: The Sweet and Simple Guide to German Fruits

Traditionally, German speakers ate fruits that grew in the temperate climate of their country. Today, these fruits are still what you’ll see growing in gardens or at the local farmers’ market.

Of course, in a modern German grocery store, you’ll also find fruit from around the world. German-speaking countries import fruit from many different climates these days, and these fruits have also become integrated into the daily diets of German people.

Needless to say, knowing how to talk about fruits in German is a skill every learner needs to acquire.

To aid with your study of German fruits, why not learn them in an entertaining, memorable and effective way?

Now without further ado, here are 20 common fruits in German you need to know. 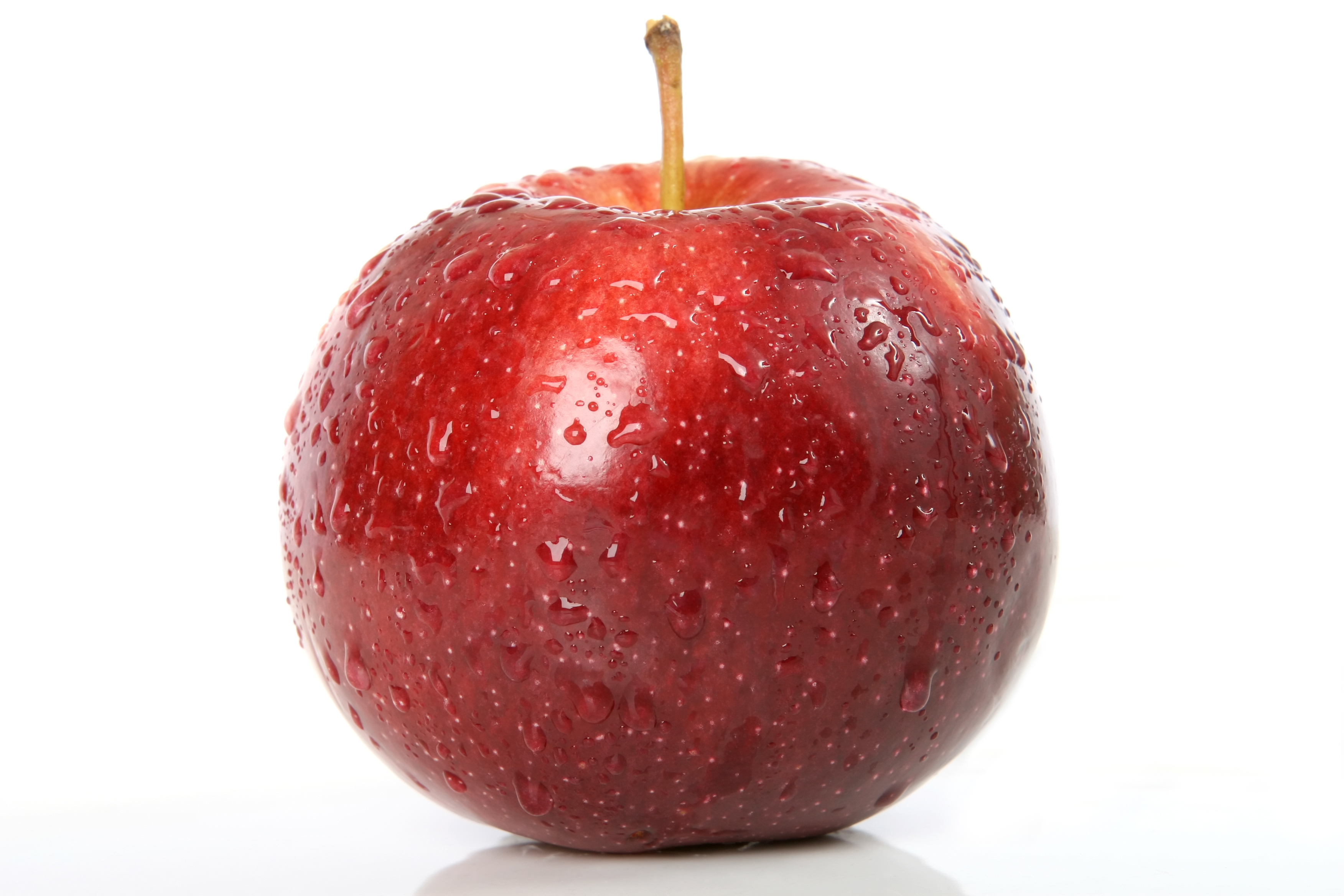 Apples readily grow in central Europe. In fact, the best apple I’ve ever had was right off the tree in Kamenz, Saxony. They’re ready to harvest in early fall, so they’re a big part of holiday dishes. 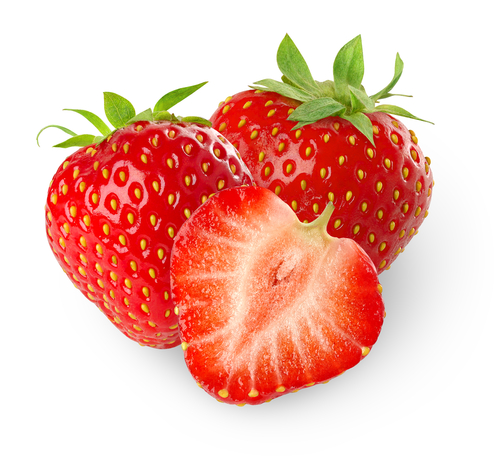 If you’ve ever seen a strawberry plant, you know they grow across the ground, which is where their name comes from. Erdbeere literally means “earth berry.” 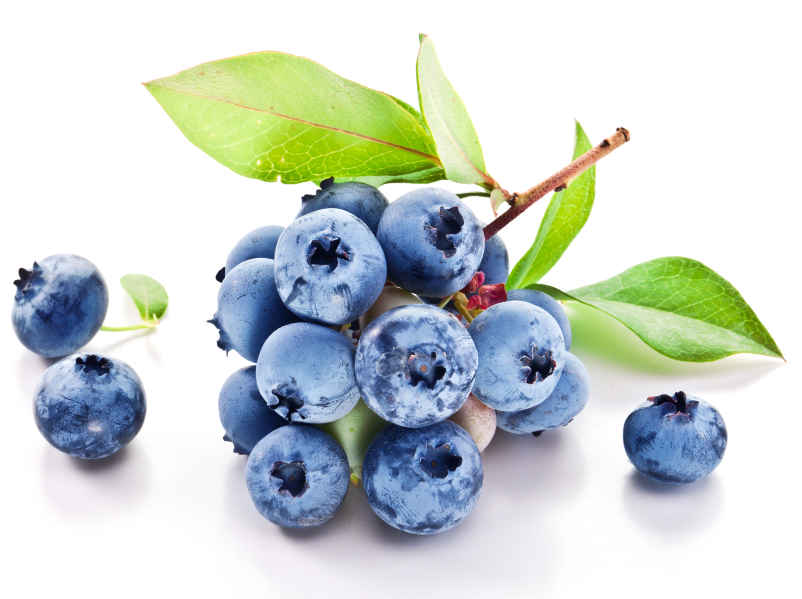 You can find both domestic and wild blueberries all across northern and central Europe.

Im Sommer können wir Blaubeeren pflücken. (In the summer, we can pick blueberries.) 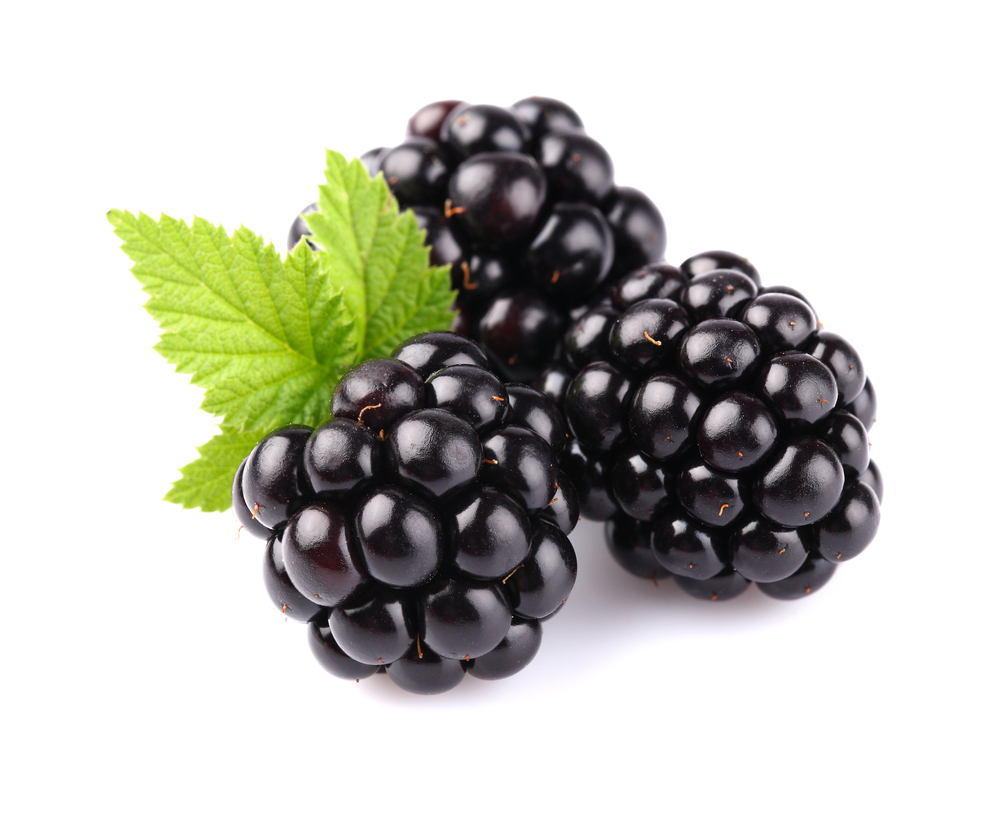 Along with strawberries and blueberries, you’ll find wild blackberries growing in Germany’s temperate climate. Be careful, though: Their prickles could cut your skin or clothes.

Iche habe ein paar Brombeeren in den Kuchen gelegt. (I put some blackberries in the pie.) 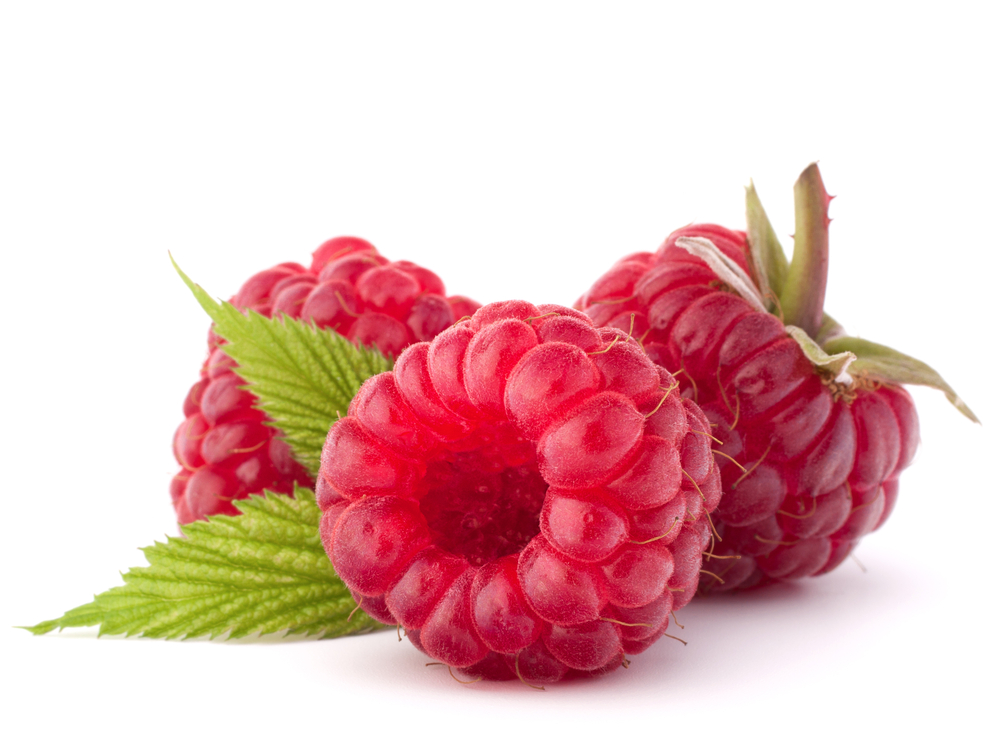 Raspberries are another berry that grows naturally in Germany.

Ich könnte ein Kilogramm Himbeeren essen. (I could eat a kilogram of raspberries.) 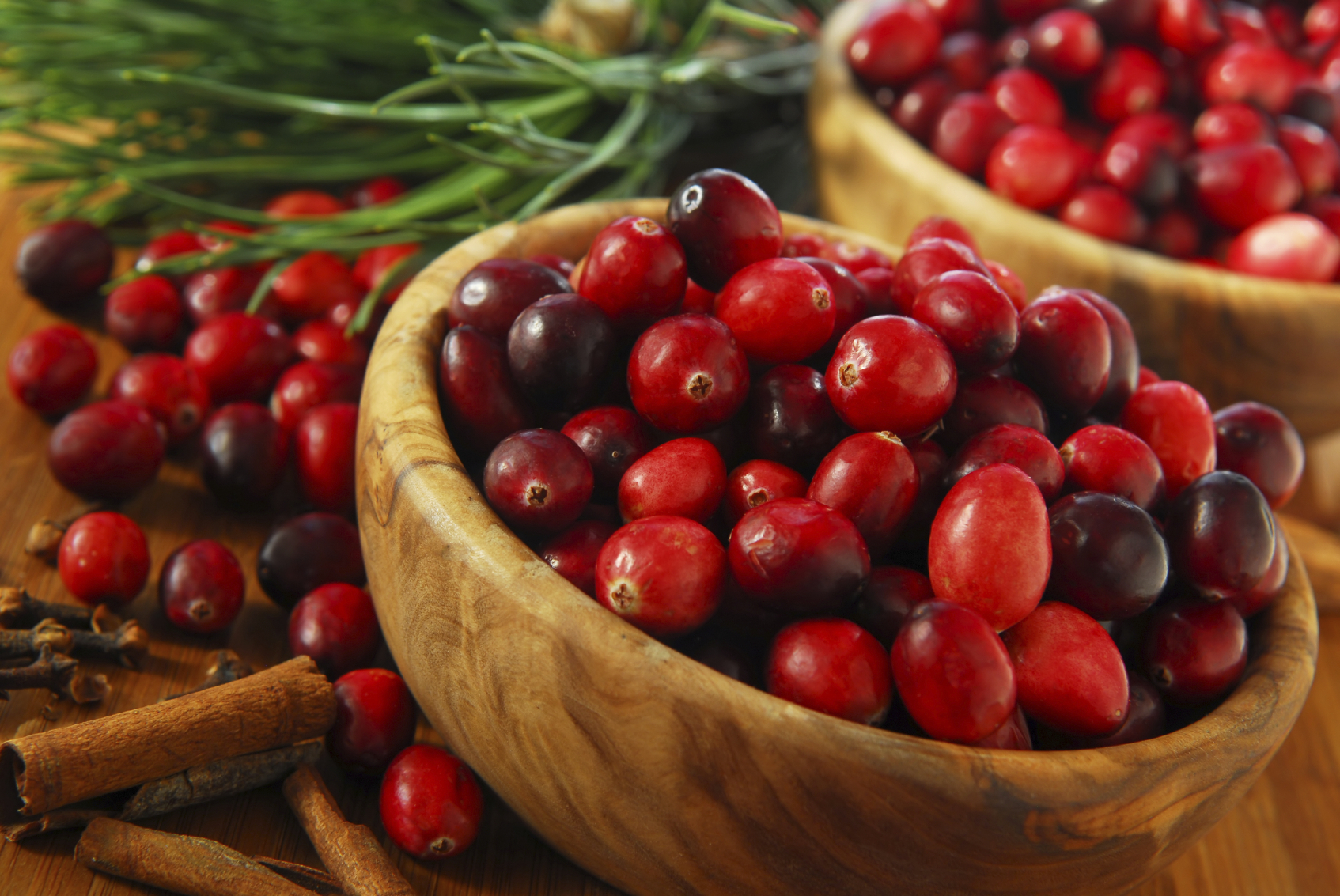 Technically, the word Moosbeere refers to the European cranberry. However, agricultural production of this variety is minimal.

Most cranberries consumed in Germany are imported from America. The technical name for these is Großfrüchtige Moosbeere, but most German speakers just refer to them as “Moosbeeren.”

Moosbeeren sind mir zu sauer. (Cranberries are too sour for me.) 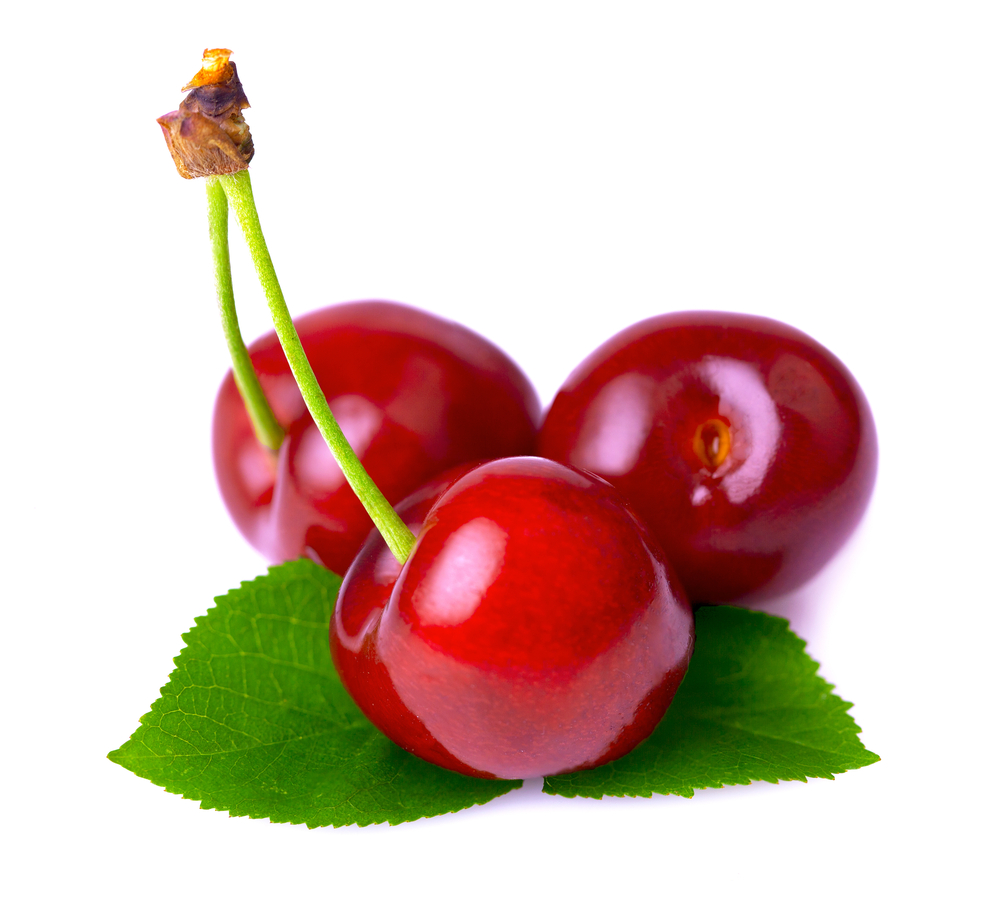 Along with apples, cherries are considered one of the most important fruits in German culture (sweet cherries being the most common variety). They grow in southern Germany, especially in Baden-Würtemberg.

Ich hätte gerne eine Kirsche mit meinem Eis. (I would like a cherry with my ice cream.) 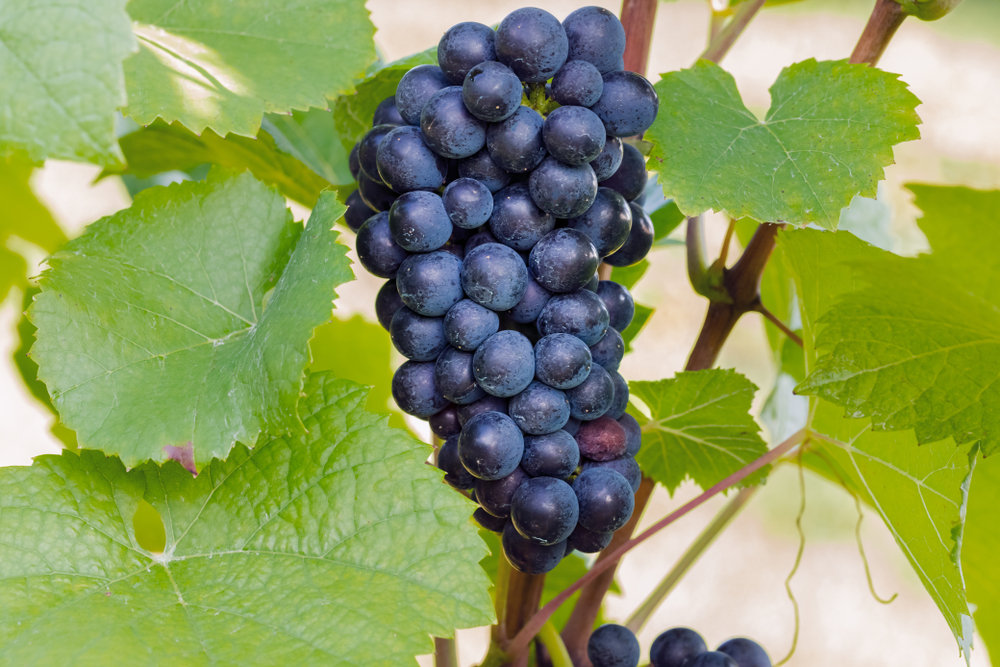 Germany has a very fertile wine country in the west. Plus, its neighboring countries Austria and Switzerland are also known for their vineyards. Popular German grape varieties include Gewürztraminer and Riesling. 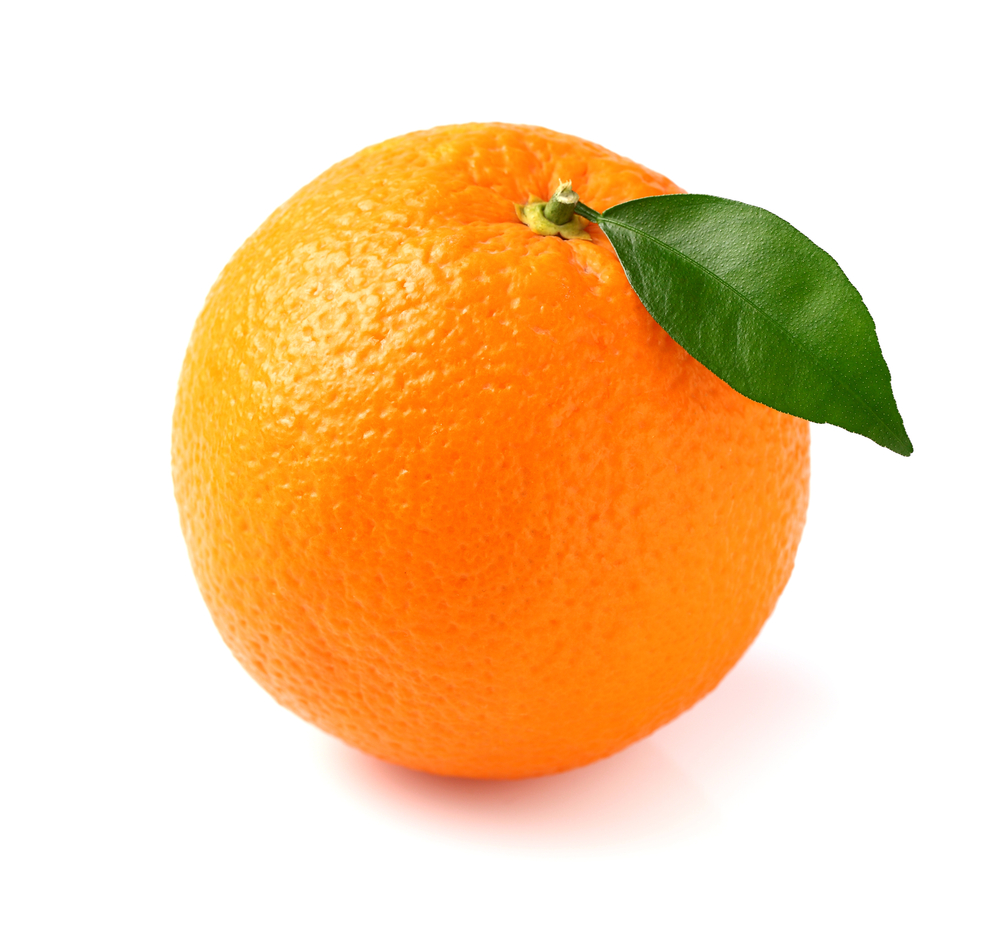 Germany is too cold to grow oranges, but that doesn’t stop local Germans from eating them. They eat oranges plain and use the juice and peel to flavor dishes. 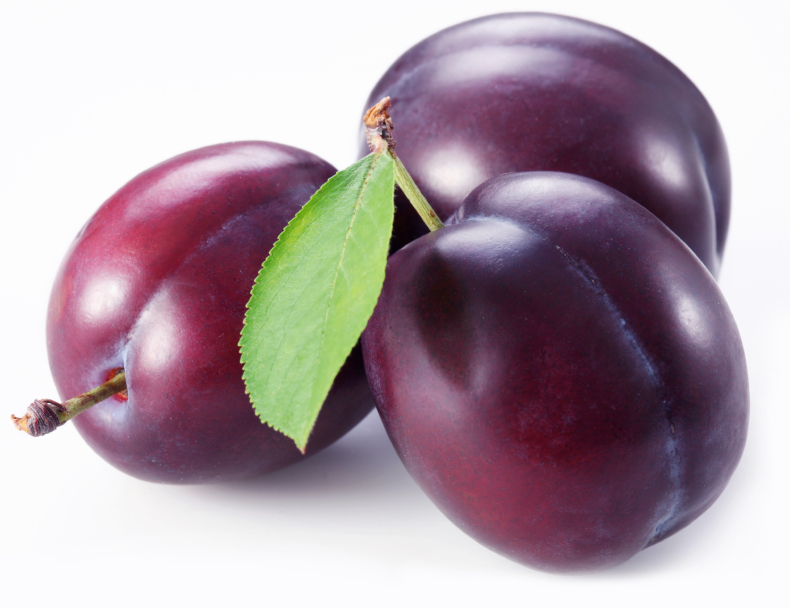 Plums grow wild in many parts of Germany, with their sweet flavor and refreshing texture making them popular. 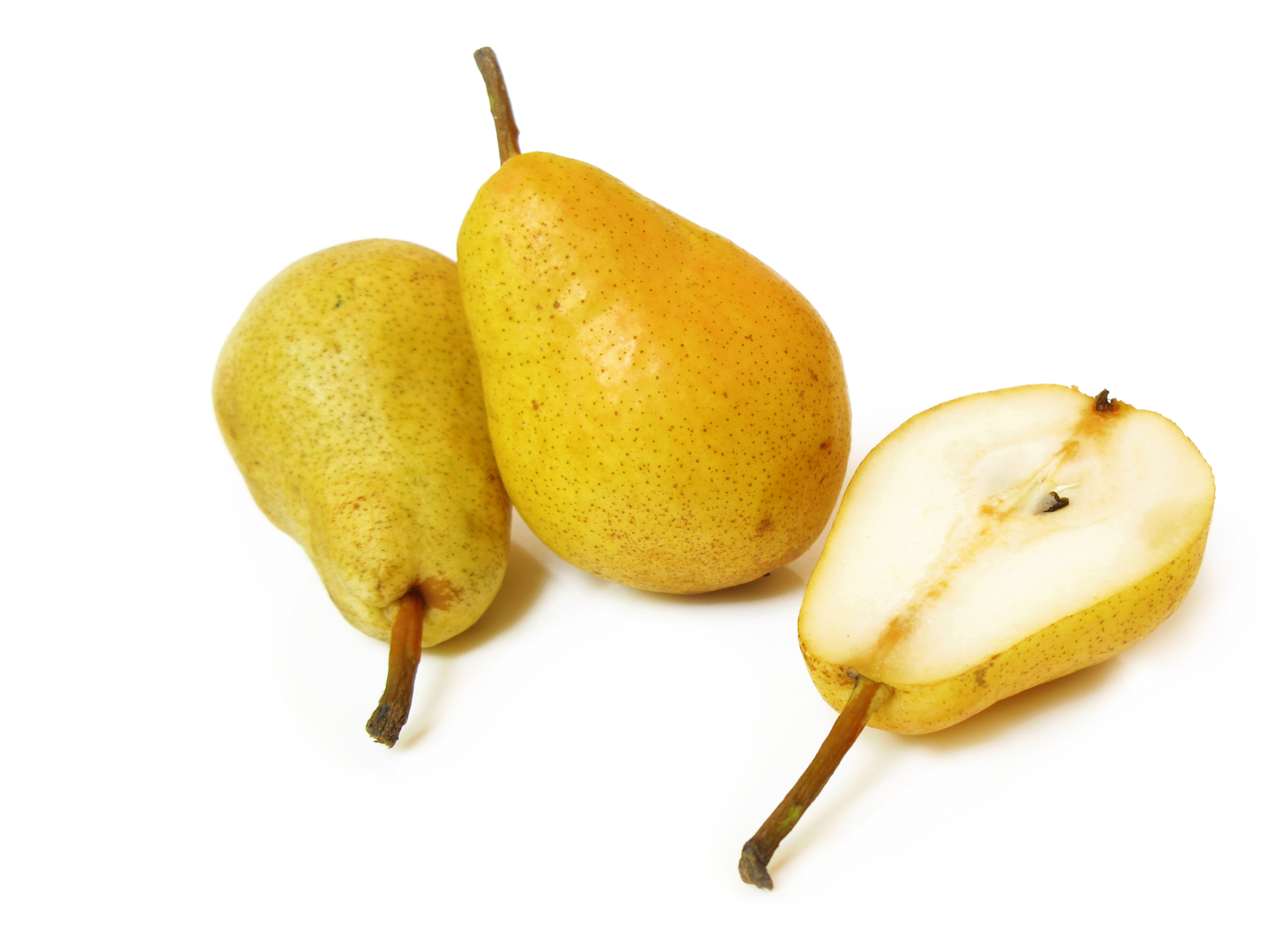 Like apples, pears grow easily in Germany and play an important role in its culture.

In dieser Birne steckt ein Wurm. (There’s a worm in this pear.) 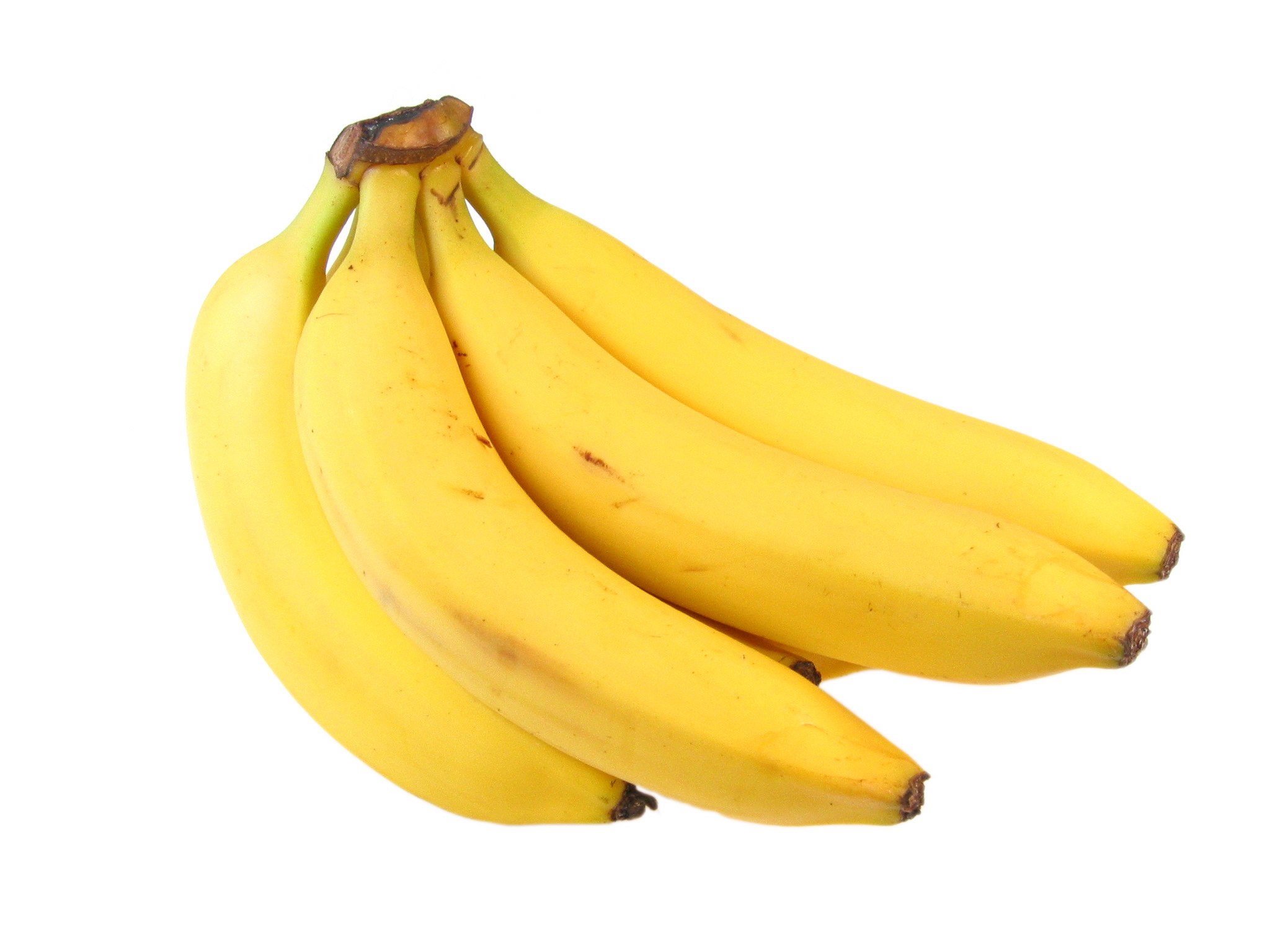 Bananas don’t grow in Germany. However, since they’re one of the most popular fruits in the world and are easy to store, you’ll inevitably find them in supermarkets and restaurants.

Unfortunately, the English expression “to go bananas” doesn’t translate into German well. You’ll just have to use the verb ausflippen (to flip out).

Du kannst Bananen in Smoothies legen. (You can put bananas in smoothies.) 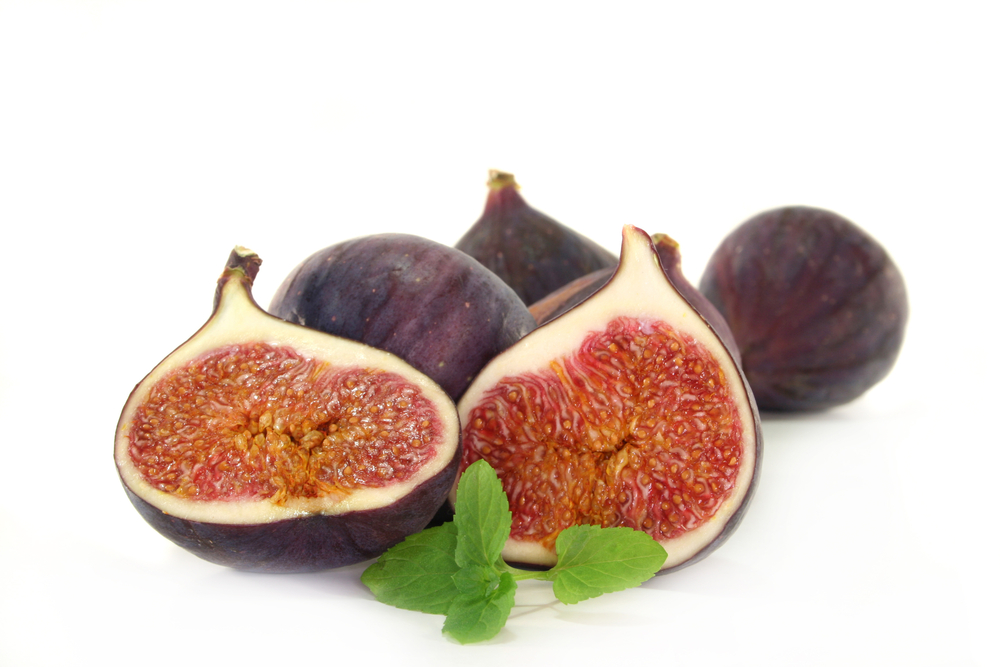 You’ll find these delicious fruits both fresh and dried throughout Germany, Austria and Switzerland. 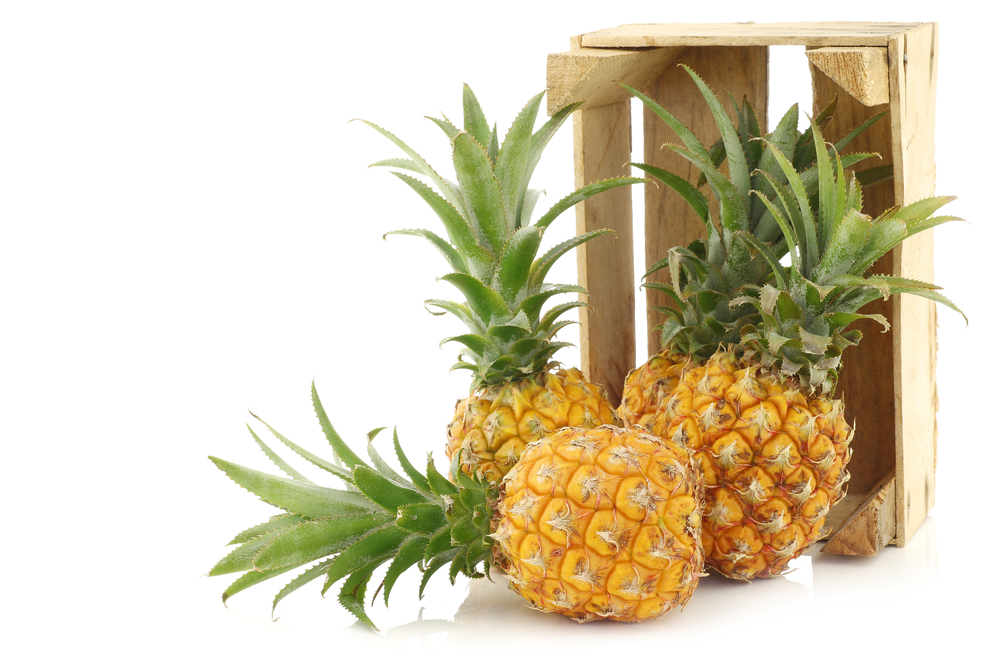 Of course, pineapples are tropical fruits, so you aren’t going to find them growing wild in German-speaking countries. You can still get them at most supermarkets, though. 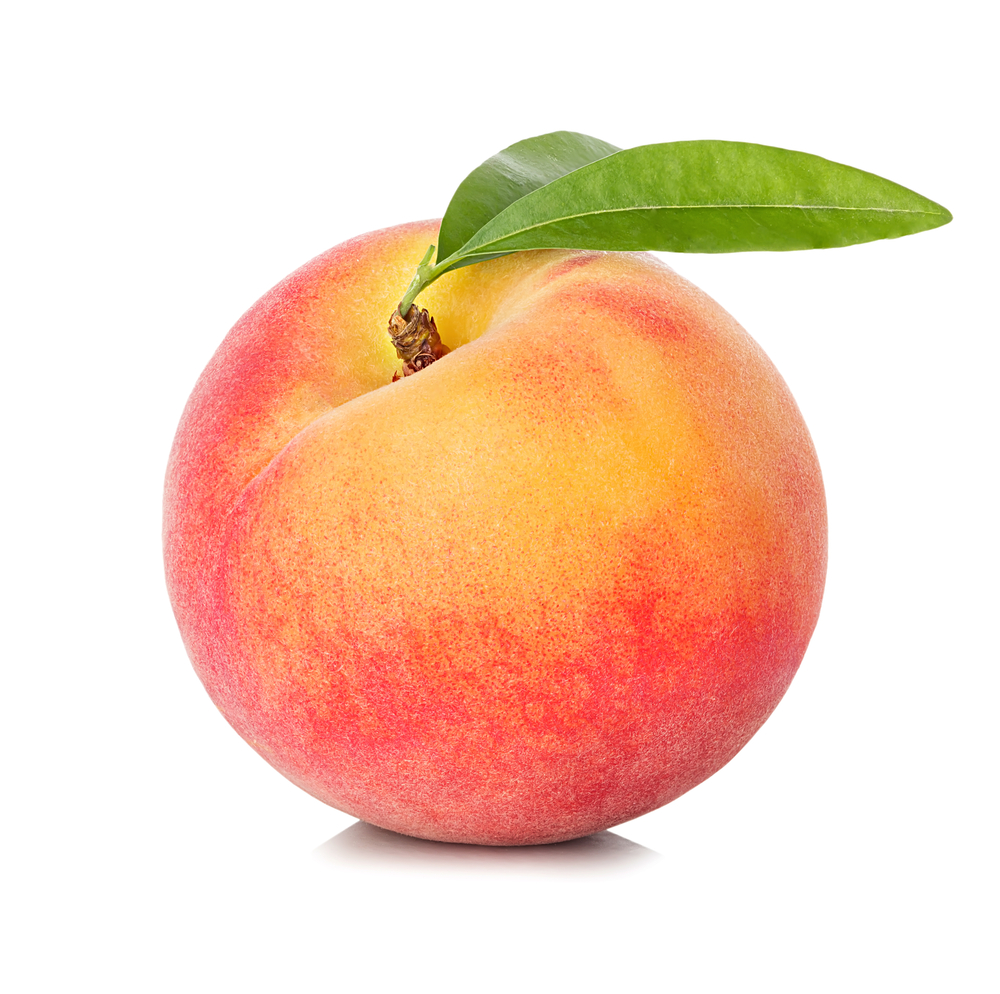 Peach trees prefer warmer weather than Germany has to offer. As a result, German speakers usually import them from neighbors like Italy and Spain. 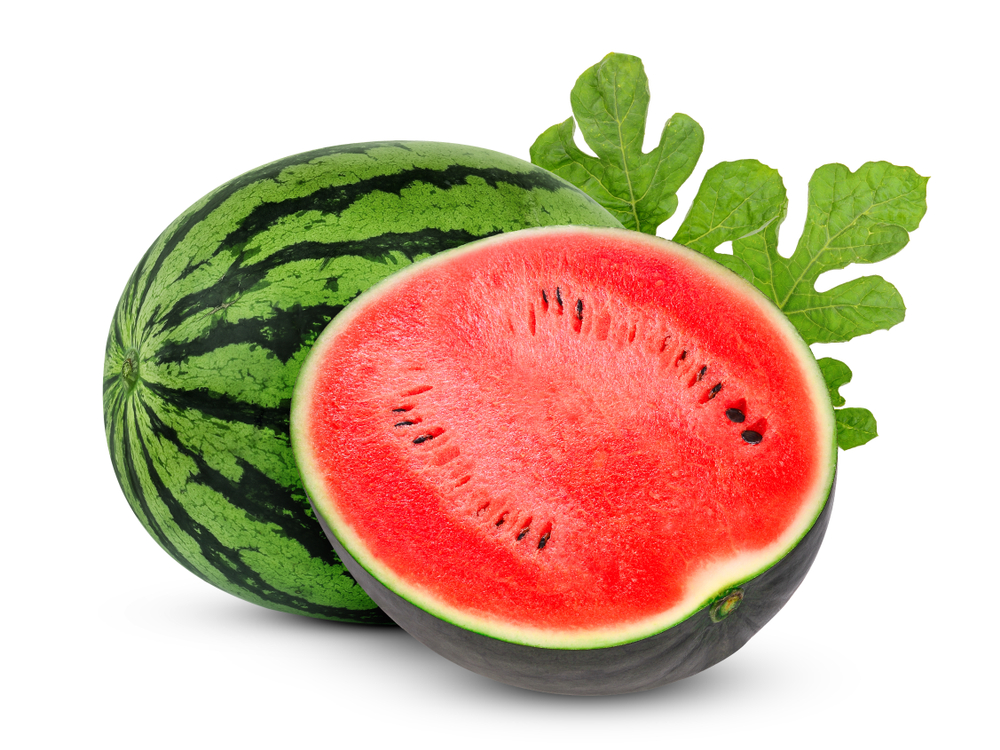 The name for this giant fruit is almost the same in English, reflecting its juicy nature.

Diese Wassermelone ist so süß. (This watermelon is so sweet.) 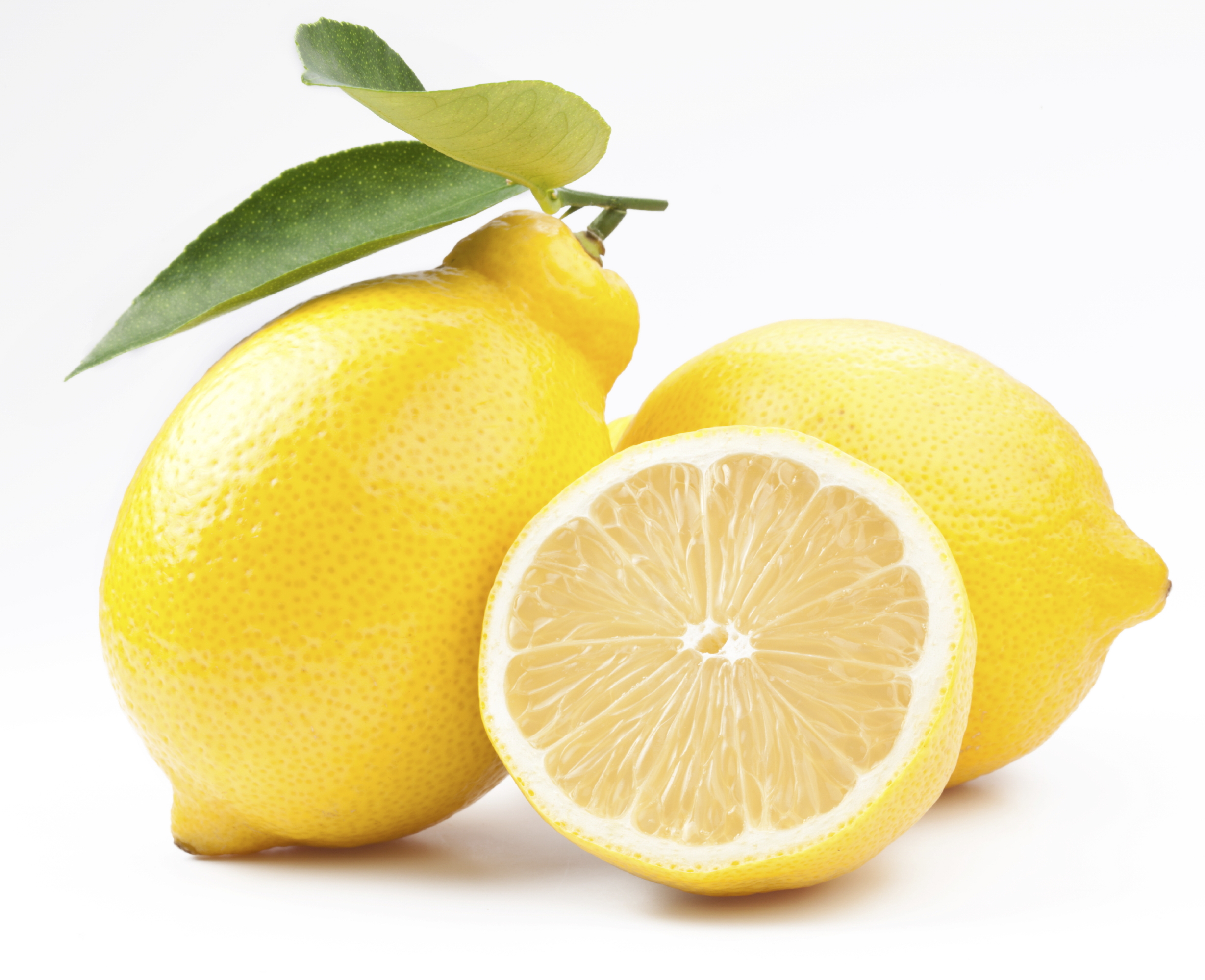 To remember the word for lemons, just think of the word “citrus.”

Ich möchte einen Zitronenbaum in meinem Garten pflanzen. (I want to plant a lemon tree in my backyard.) 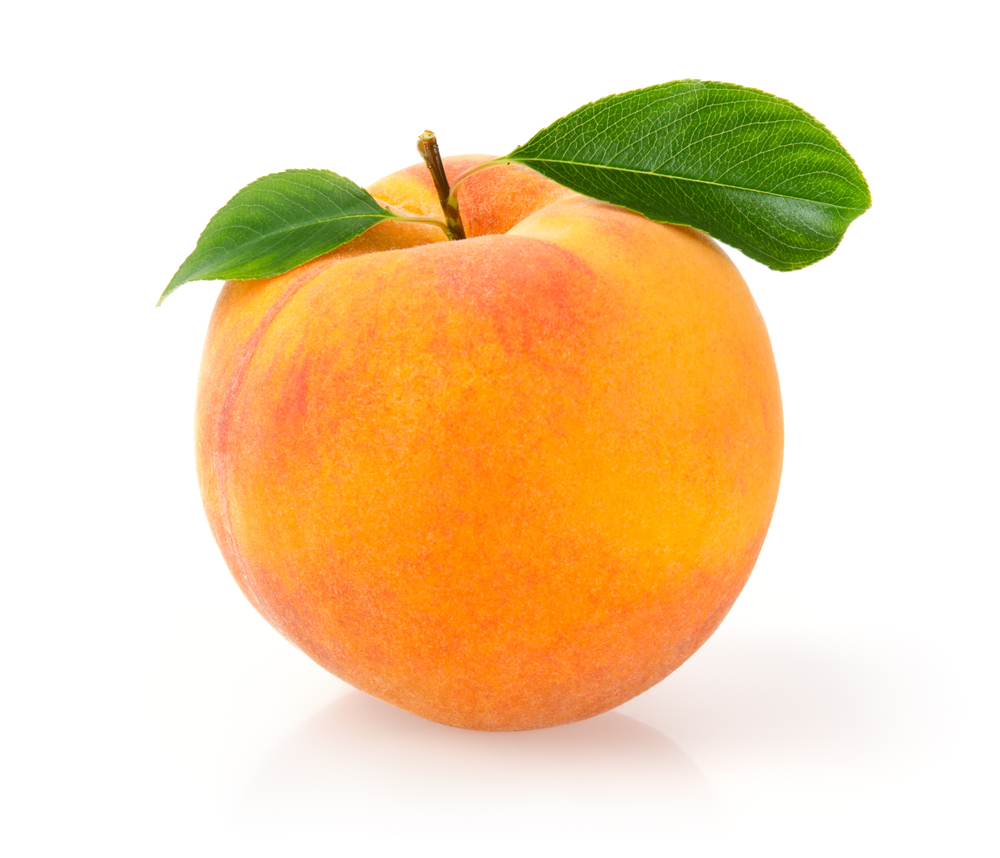 You might find dried pieces of this fruit in Müsli (similar to granola) or Studentenfutter (a kind of trail mix). 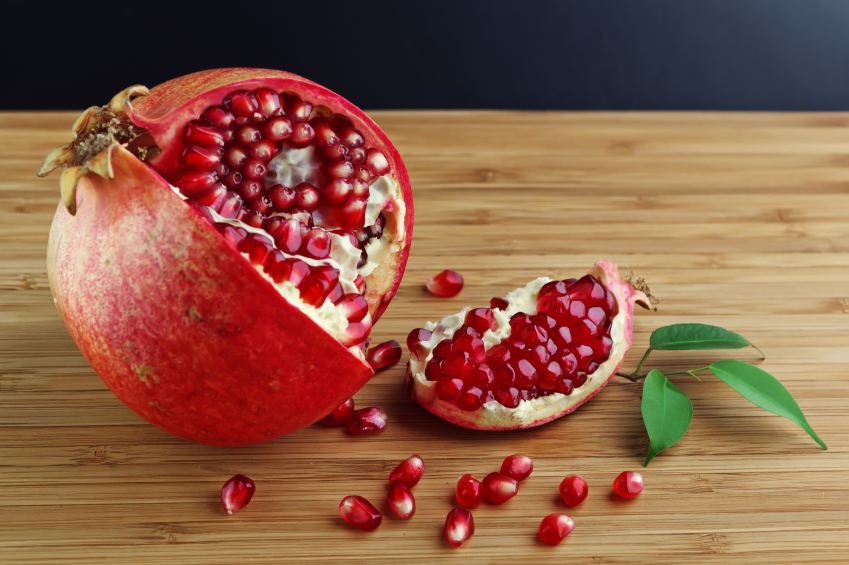 Pomegranates don’t do well in Germany’s temperate climate. But when in season, you can find them in the store. 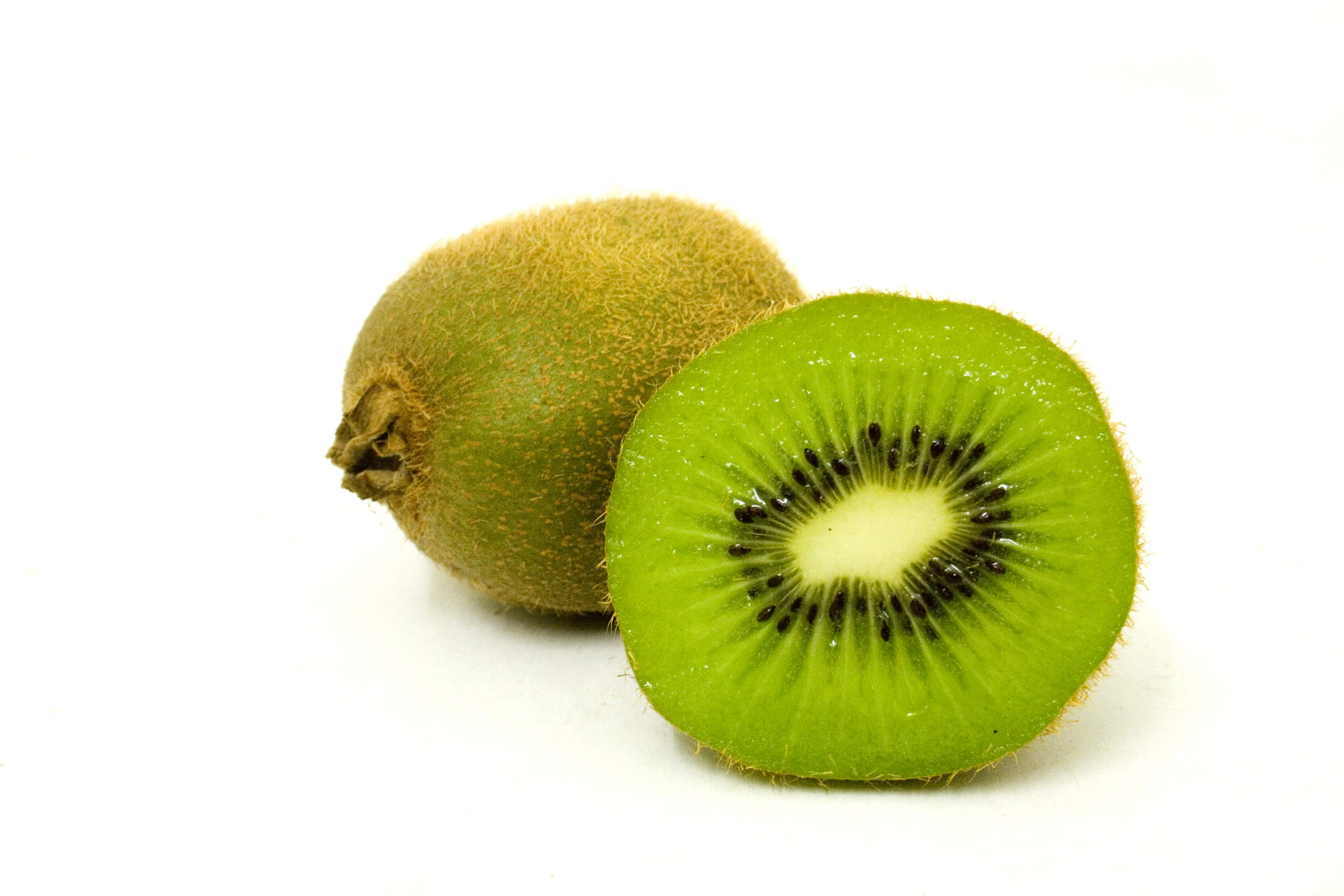 Kiwis might not grow in Germany, but the natives still like using them for desserts and cocktails.

6 German Fruit Dishes to Keep Your Eye Out For

Now that you know the names of 20 common fruits in German, let’s take a look at six popular German fruit dishes you’re likely to experience in a German-speaking country.

As the name suggests, this dish is made from roasted apples. The apples are hollowed out and then filled with sugar, spices and sometimes jam. Since apples are harvested in the fall, this is a common winter dessert, especially around the holidays.

Even though it bears the name of the German capital, this dish is actually a traditional Austrian pastry. It’s made of a sweet dough filled with strawberry, raspberry, plum or cherry jam.

This dish combines many of the most common fruits in German-speaking countries. It’s made from cherries, blackberries, strawberries and raspberries. The fruits are cooked with starch to create a pudding-like substance, and you can eat it with milk or cream. Yum!

Glühwein means mulled wine. It’s made some of my best memories living in Germany, and I know I’m not alone. This drink is famous for its popularity at the Weihnachtsmärkte (Christmas markets) in Germany, Austria and Alsace. Red and sometimes white wine is heated and mixed with fruit and spices, keeping you warm as you explore the markets.

For an English speaker, Klaben Stollen is similar to fruitcake. Made of dried fruit and orange peel, it’s common in Bremen and traditionally eaten at Christmas.

If you looked closely at the name, you’ll see it literally means “plum cake.” This is a simple pastry made from a crust covered with plums. It’s popular in Germany, Austria and Switzerland, and is often served as a dessert after big events or dinners.

Now you know all the fruits you’d see in the grocery store or growing beside the road. Not only that, you know the names of common fruit-based dishes and can figure out the ingredients of many more you see advertised in bakeries and restaurants.

It’s clear what you have to do with this new knowledge: Get out there and try some new things! Practice speaking with your local baker or grocer, and you just might discover your new favorite dessert.