Put down that cheesy motivational calendar.

You don’t need it.

Instead, you have to cultivate your own language learning motivation.

You have to find a way to keep putting in those hours of practice that works for you.

Fortunately, that’s actually a lot easier to achieve than you might think.

The eight steps below will help you study smarter, not harder, so that French practice becomes something rewarding that you actually want to do.

You already know that French learning takes time and determination. In fact, L’Alliance Française (the French Alliance) recommends having 360 hours of French study to reach the intermediate level.

While that may not seem like a lot on paper, in practice, it’s quite an undertaking! That’s like working a full-time job for nine weeks as a language learner. No wonder it’s so easy to feel demotivated.

So, how do we escape the burn out and persevere? How do we stay motivated to learn French?

Check out these eight simple steps to find an endless source of language learning motivation again!

Well, that’s actually not always the best way to motivate yourself.

While it’s fantastic to dream about French mastery and a day when you’ll be able to converse effortlessly in French, don’t let yourself plan to achieve too much and then get overwhelmed or disappointed. This happens when we set too many goals at once or try to tackle difficult topics too quickly.

The solution? Start off small.

For example, you could start with the goal to memorize all the present-tense conjugations of the verb être (to be) within one month. This goal is:

If you slip on a goal, that’s completely okay. It’s time to evaluate why: did you give yourself too little time? Was the goal too intensive? Was the goal boring? Change it up if it’s not working for you!

2. Track Your Progress (and Reward Yourself)

In tandem with goal planning is goal tracking. While it’s all fine and dandy to have goals, documenting your progress makes them real and makes you more accountable to them.

Like goal setting, keeping track is easy! Simply get a notebook and write your weekly (or bi-weekly, or monthly) goals inside. As you complete them, check them or cross them off. One of the best parts about achieving a goal is getting to cross it off your list once you’re done!

Further, there’s nothing more satisfying than looking back at all the goals you’ve crossed off and seeing all you’ve accomplished. In fact, tracking the progress of your French goals will increase your motivation because, over time, it’ll demonstrate how much hard work and dedication you’ve invested in French and inspire you to continue!

This can be an especially helpful reminder if you’re currently stuck on a difficult French topic and need a little confidence boost.

Oh, wait: here’s the most important part to truly build your learning motivation. For every goal you track and complete: reward yourself. I suggest a French pastry. Or a good wine. Or baked brie and a baguette.

Believe it or not, a big source of motivation comes from perseverance, not the other way around. The hardest part of any journey or undertaking is getting started—continuing it becomes easier and easier.

But how do you trick your brain into building this kind of stamina?

Don’t study French for hours on end. This will only lead to fatigue and boredom. Instead, I recommend learning French in spurts. Perhaps start with a few short sessions until you build up stamina.

In fact, I’d advocate incorporating French into every single day. While it may not work out that way (we all need a “cheat day” every once in a while), 20 minutes a day is better than a three-hour study session every two weeks. Besides, you can always add more time if you want to, but I recommend taking small breaks between 40-minute study chunks to give your mind some rest and the chance to digest the information.

Inconsistency spells failure for any type of learning. Frankly, it’s impossible to learn a language by doing a single French study session per month. Even once a week may be too little. You’ll spend more time reviewing and relearning than actually learning new material, which will only disappoint and demotivate you.

Now I bet you’re thinking, “what if I don’t have time to study French that often?”

I don’t mean to be rude, but not having time isn’t an excuse. In fact, I’d argue that you do have time, French learner, no matter how busy your schedule is. You need to make use of what’s called “dead time!”

No, this isn’t some sort of horror movie-style way to learn a language. Dead time includes all those minutes during your commute in public transit, sitting in waiting rooms or eating alone—where you’re technically occupied, but still able to do a small, quiet task.

Transforming your dead time into French time won’t just help you squeeze in more language practice. It’ll also teach you how easy it is to prioritize your French learning, and you’ll see that becoming a French master doesn’t take hours and hours of nonstop studying. This is great for your motivation to learn French because fluency will feel so much more within reach.

One of the biggest downers when learning French is the grammar. At times, it can be complicated, and it may even seem that for every French rule there are at least a million exceptions.

Okay, I’m exaggerating, but it can definitely be trying.

Instead of letting French grammar bog you down, however, boost your spirits (and your knowledge) with these handy hacks.

While this isn’t possible 100% of the time, this trick does make it easier to navigate gender in the French language.

The regular present tense endings for -ir verbs are all pronounced the same for the je, tu, il, elle and on forms, even though their endings are spelled differently as well.

6. Learn What You Love

The easiest way to build your motivation to learn French is using study materials you actually care about.

And the easiest way to do that is to take what you like to do in your everyday life, and make it French.

And guess what? If you don’t like classes or textbooks, you don’t have to use these as learning methods to master French.

Speaking French with others in and of itself is great motivation to keep improving and keep learning. In fact, there’s no better feeling than holding your own in a real French conversation.

Contrary to popular belief, you don’t need to be proficient in French to talk with native speakers. You should start speaking from the get-go! In the beginning it’ll be just the basics (My name is… I live in…) but pulling these conversations out of the textbook and into real life with native speakers makes them so much more memorable and meaningful.

So now, the big question: how do you make French friends? 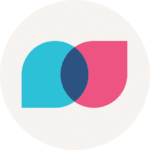 The easiest way to meet a native French speaker and practice with them on a weekly basis is by using a language exchange tool like iTalki or Tandem. Simply sign up and message a native speaker who looks friendly, has the same interests as you and is studying your native language. It’s polite to spend half the time speaking in your native language and half in French.

If you prefer in-person conversations, join a French club in your city to meet other French speakers and learners! This can be done on websites such as Meetup, where weekly French conversation hours can be found in your city or in places nearby.

It’s time to reap the rewards of your French fluency by speaking French “in the wild!”

The most obvious recommendation is to take a trip to a French-speaking country or region. For example, you can travel to Quebec or France or a nation in the Caribbean or Africa. Better yet, enroll in a course and learn French in a city like Lyon.

What if you can’t afford to travel far, though? Another easy solution: find a French bakery or restaurant in your city and practice your French there.

Trust me, the results will inspire and motivate you to continue!

Don’t wait for your motivation to learn French to magically appear. Just follow the simple steps above to build it yourself!