Did you know there’s a whole wonderful world of French webcomics out there?

Being able to study French while reading comics sounds almost too good to be true, but I assure you it’s quite possible!

I’m going to get you started by revealing 10 amazing French webcomics!

Why Learn French with Webcomics?

Aside from the obvious reason to learn French by reading webcomics—because it’s a blast!—there are tons of educational advantages to incorporating webcomics into your curriculum.

Now that you’re ready to begin, it’s time to let you in on my top 10 favorite French webcomics!

Lighten Up Your Study Routine with 10 Amusing French Webcomics 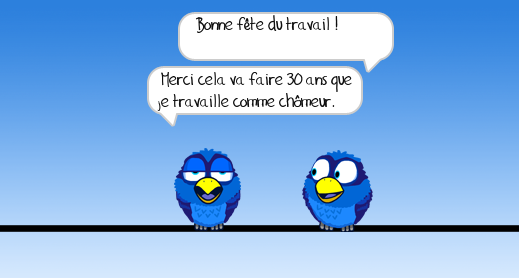 “Birds Dessinés” is one of the most popular French webcomic series out there.

The comic revolves around several recurring characters—all birds—and new stories are added to the site every few hours.

The comics often allude to French literature in their puns or jokes, which is a big bonus for learners looking to brush up on their French cultural knowledge as well.

The site has several features including the ability to vote up or down on each comic. Readers can access a list of the highest rated comics at any time.

Another big perk is the ability to create an account and make your very own bird comics! You’ll have access to all their templates and graphics and will be able to share your creations when finished.

Last but not least, the site has a forum for discussing what you think about the comics—in French, of course. 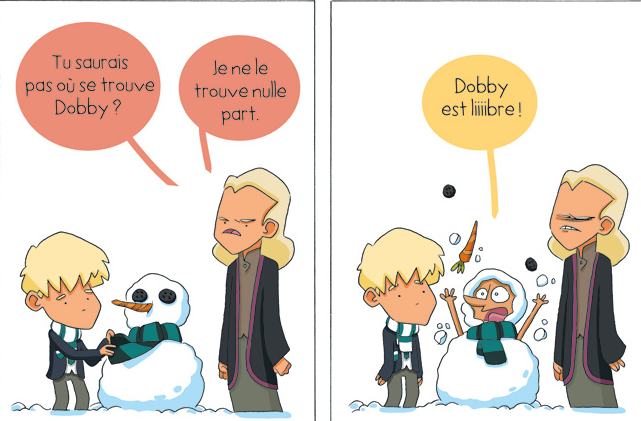 One of my all-time favorite webcomic series, “À Poudlard” is entirely dedicated to comics about “Harry Potter”!

For Potter fans, these comics are absolutely hilarious. Even if you’re not a fan, they have the added benefit of using tons of colloquial speech. For example, they use contractions like j’sais for the phrase je sais (I know), which is a very informal way to speak and write.

Furthermore, you can simply hover your mouse over each speech bubble and it will translate into English—although be aware that this feature doesn’t always seem to work for the newest comics. This is an invaluable tool for learners that’s hard to find on other webcomic sites. 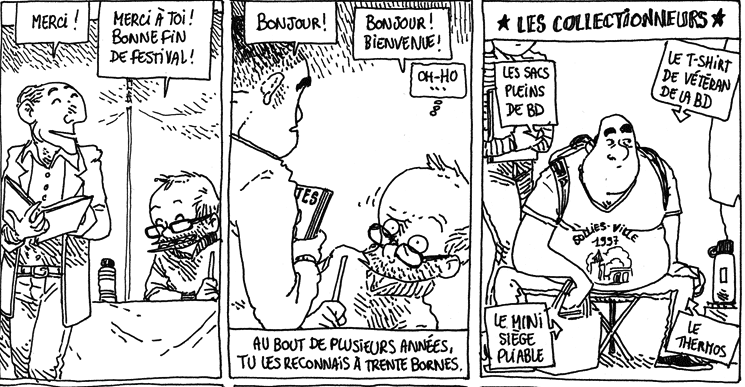 The “Boulet Corp” comics cover a wide range of subjects and characters so you’ll always find something new.

They publish one or two new comics each month but there are plenty more in the archive if you simply flip through the strips using the provided arrows and dates.

This site’s comics are a bit longer than the typical two or four small frame comics and normally take up a whole page while telling really funny and interesting stories.

“Boulet Corp” is perfect for learners as their site has an English or French option so you can flip back and forth between the two languages as you look through the comics.

“Boumeries” is a site featuring comics from graphic artist Samantha Leriche-Gionet who works in Montreal.

Her stories are told within four frames and she’s got loads of cute and funny comics to sift through.

Although her comics make use of many new characters, they usually center around everyday life and as such, are very relatable and fun to read.

Her site’s been up and running since 2011 so there are plenty of comics to keep you busy if you like her style. 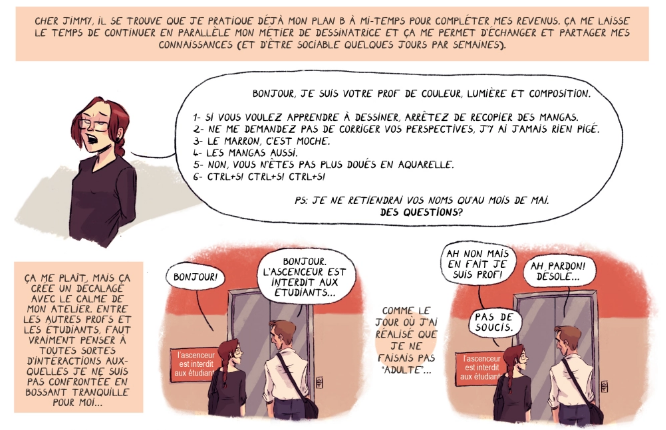 “Webtrip Comics” features the work of eight different artists from around Canada and France.

While their subject matter really varies, their illustrations are particularly vibrant and eye-catching with well-developed graphics that resemble something you’d see out of a comic book.

As a bonus, they’re very interested in what’s going on in the world of comics and therefore have links to and information about comic festivals such as the Lyon Bande Dessinée Festival (Lyon Comic Strip Festival). 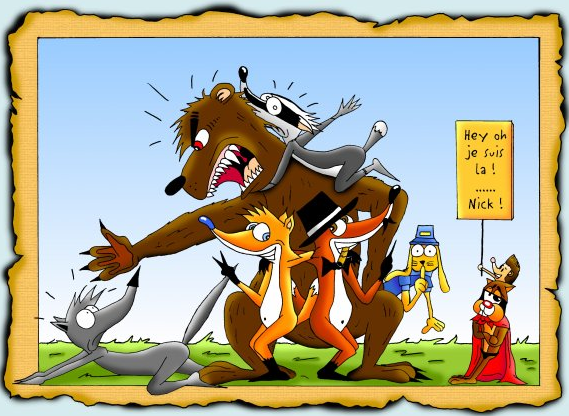 The stories follow Hippolyte as he gets into tons of trouble with other animals and humans.

With four different volumes of comics available, you’ll never run out of reading material. Each book is split into separate pages, which contain comics that can either be read by themselves or in conjunction with the whole book’s story.

All in all, it’s super easy to navigate between the stories using the index provided on the home page so you can easily pause and resume reading as you make your way through these books. 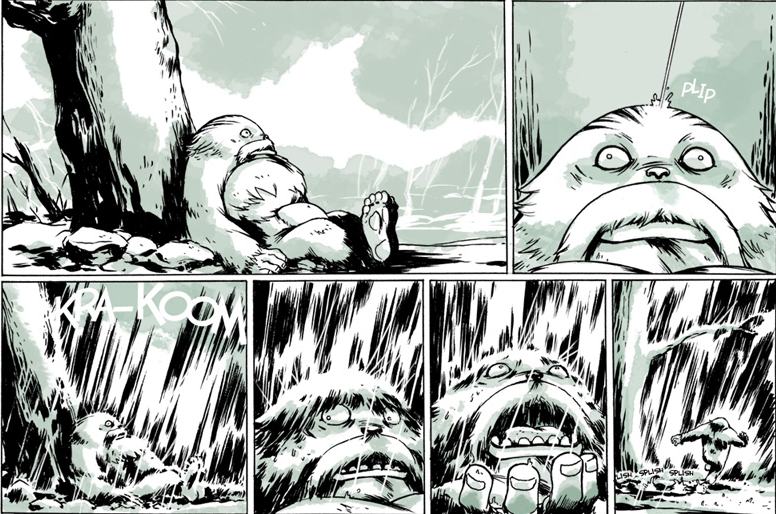 This series is hosted on webcomics.fr, which has a large volume of cartoons from which to choose.

“L’Abominable Charles-Christopher” is one of my favorite series on their site and follows the funny story of the Abominable Snowman.

The illustrations are clever, echoing the witty dialogue, and there are over 70 comics in the series!

As with many series, these comics can be read individually or in the correct order for a complete, overarching story. 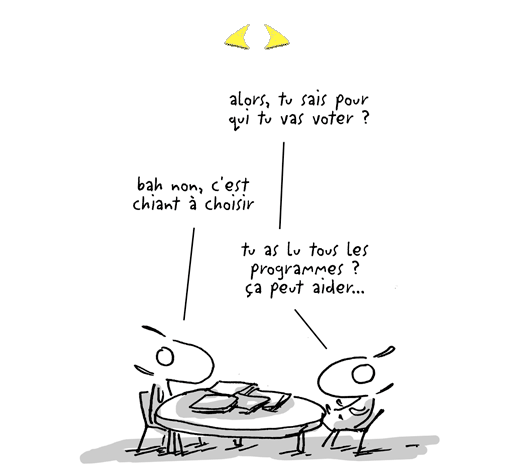 “Lapin” is a webcomic that uses some dark humor (political and social jokes) and simple illustrations.

Stories hinge on the absurd and all the characters—mostly rabbits and other animals—are quite strange and human-like, exhibiting the darker side of human nature.

The series is the main webcomic on lapin.org, a comic hosting site. 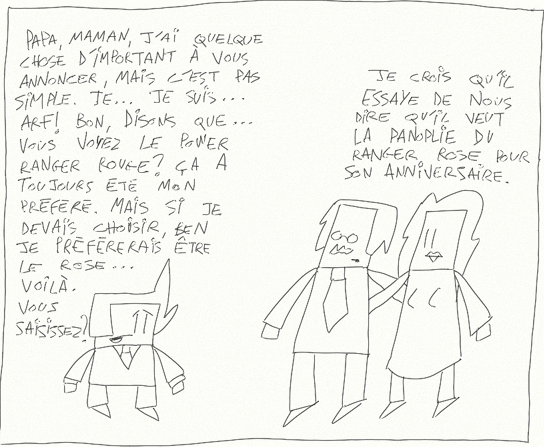 “Les aventures de Jim Torpedo” is another one of my favorite comic series hosted on webcomics.fr.

This series follows the hilarious life of 8-year-old Jim Torpedo as he navigates the waters of childhood and deals with parents, friends, school and other everyday kid concerns.

While the illustrations are simple, the subject matter’s very witty and reveals the vulnerabilities and musings of children in a very comical way.

There are over 250 comics in the series so you won’t run out of fun with Jim! 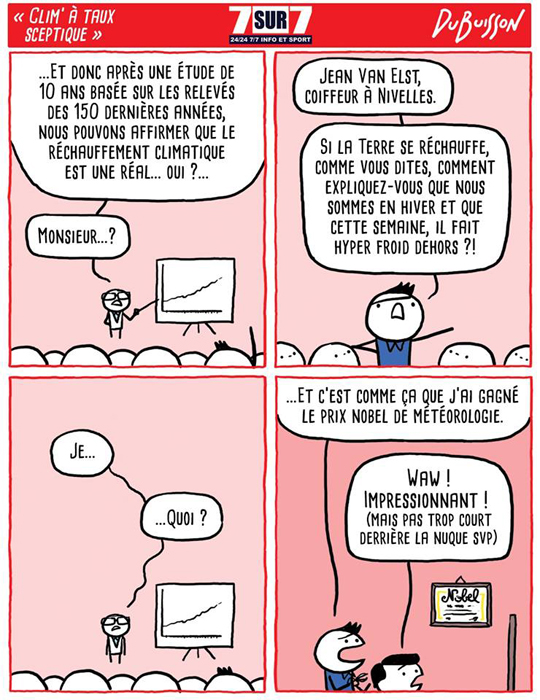 “Ab Absurdo” is another excellent webcomic available on lapin.org.

With simple illustrations and poignant dialogue, these comics typically focus on political and social humor.

The comics provide commentary on the environmental issues of today, questions of humanity and morality and the political system.

You can expect to find both formal, proper French along with less formal abbreviations that you might use when chatting with friends over text. For example, you might see SVP, which stands for s’il vous plaît (please).

Now that you’ve got a great list of French webcomics, it’s time to start exploring them. Sit back, learn some French and enjoy the funnies!