4 Exciting Comics for Livening Up Your Beginner French Studies

French beginners, you deserve a break.

Learning French is hard work, and some days you’re probably just desperate to escape your textbook.

Fortunately, with French comics, doing so has never been easier.

So if you’re sick of grammar books and pronunciation exercises, give comics a try—there’s a gigantic pile of them out there that are perfect for learning beginning French! 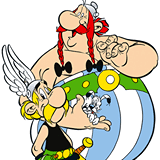 When you think of French comics, it’s more than likely that the figures of Astérix and his friend Obélix spring to mind. Since their creation in the late ‘50s, the Astérix comic books have come a long way from their Franco-Belgian origins and they’re now hugely recognizable on an international level. Even if you’ve never been to France, it’s likely that you know who these guys are. As well as being popular, they can teach you more than a thing or two about the French language.

Following a village of Gauls who resist Roman occupation, this comic series features magic, adventures, humor and a touch of history within its pages, and it’s a brilliant read for beginners of French. Due to their popularity, the comics have been translated into many different languages.

As a result, they’re great for reading and translation exercises.

One option is to get ahold of the same issue in French and your native language and try your hand at reading the French. When words or phrases become difficult, you can refer back to the original in order to gain more understanding. As you become more comfortable with the translation, you can compare the two versions and take note of the different idioms and phrases used. 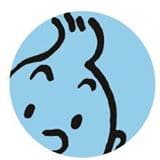 Battling for its place at the top of the French language comic book chain is another hugely popular read, Tintin. You probably came across The Adventures of Tintin at one point or another in your childhood (and it was recently turned into a popular film), but you might not have read any issues in the original French.

Following a young reporter and his dog, Snowy, the Tintin series presents its characters with weekly mysteries, clues and all. If you’ve never read it before, it’s a brilliant way to get into comics as it’s so readily available. Created by Belgian artist Georges Remi, it’s worth picking up a copy for the pictures alone.

Often, starting with something familiar is a good idea when getting to grips with new learning material. If there are specific issues of the Tintin comic book range with which you’re already familiar, it might be a good idea to go there first. The comics are particularly useful for spanning a number of different themes. In one episode, you can expect to find comedy, politics, cultural issues and personal conflict. If you’re looking for a source from which you can learn many things at once, Tintin is for you.

Lucky Luke is another great comic series straight from Belgium—there must be something in the water over there! Set in the American Old West, this series follows the life of Lucky Luke, a cowboy known for his ability to shoot faster than the wind. It sits somewhere between affectionate parody and a tribute to the Old West, focusing on the theme of right vs. wrong and inevitably culminating in some sort of rescue mission.

As with Astérix, the series contains a number of loose historical representations, incorporating real figures within fictional characters. The history, however, is a little murky, so don’t expect to use the comic books as a lesson in what really happened in the Old West!

The comics themselves are fairly simplistic and repetitive, so they’re perfect for beginners to brush up on vocabulary, understand basic sentence structures and learn about easy grammar points. The comics have also been turned into a number of live action films, so if you want to extend your learning beyond reading, this is a great avenue to take. Understanding the characters and scenario before watching a film will give you a good foundation and make comprehension much easier. 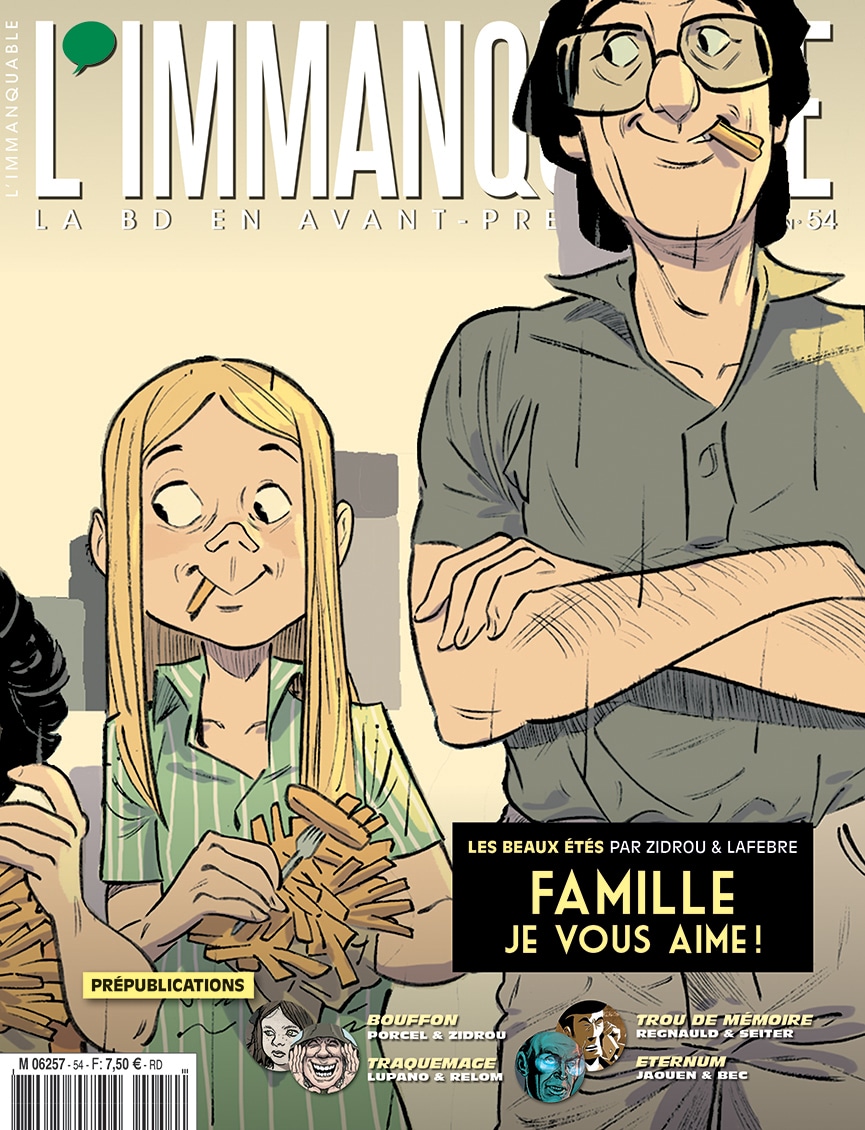 If you can’t choose between the comics above and would rather go for more of a general approach, L’Immanquable might be for you. It’s not exactly a comic book, but more of an anthology overview that offers a collection of many stories. It contains previews of dozens of different comic strips in the making and a number of in-depth features that look at specific publications in more detail. If you’re not sure whether comic books are for you, or if you want to peruse a number of different genres before committing to any one publication, L’Immanquable is a great option.

The book can be used particularly well if you want to learn in quick-fire sessions or on the go. Simply pick an entry and begin reading, making notes of any words you don’t understand. While it might seem hard at first, reading through a comic strip in its entirety is a good way to get to grips with the overall themes and plot. In second or third readings, you can go back in more detail and focus on individual language points.

Where to Find French Comics for Beginners

If you don’t live in a French-speaking country, it can be a little bit harder to get your hands on any kind of original French reading material and begin learning. Luckily, when it comes to comics, you’ve got lots of options.

If original comics prove a little too elusive, buying and reading comic magazines can be a great way to get into things. Whilst not strictly cartoons, these magazines often contain multiple smaller comic strips as well as a few easy-to-understand articles. The magazines Tchô and Pif Gadget are larger publications that contain comic strips within their pages. Reading these is a good introduction to easy comics, and they have lots of content, so you’re sure to find something you’ll like!

Of course, if you’re looking to buy comic books, big sites like Amazon and eBay are a great place to start. Due to the sheer number of comics out there, they’re often easy to get ahold of and are relatively inexpensive. The comics in the list below are well-known and very popular. As a result, it’s easy to source them on major online shopping sites. They’re also fairly extensive, so once you’ve found a comic series that works for you, you can read as much as you’d like.

There are also websites that allow you to read comics in French, for free!

The Advantages of Learning with French Comics

Do you ever open up a French textbook and, before you’ve even started reading, become overwhelmed by the sheer amount of learning points listed on each page? One of the best things about comic books is that they use images as their main method of description, so if you’re just starting out, they’re much less intimidating. They could be the perfect reading alternative for you.

Not only can comics help you comprehend a situation very easily, but they also contain some of the most impressive and enjoyable artwork out there. With comics, you can see and learn about a whole different side of French culture, and you might even discover a new artist or two along the way.

What’s more, comics are perfect for word-picture association, a powerful technique when it comes to learning new vocabulary (think picture books and flashcards with images). It’s the same technique used by many language learning programs, like Rosetta Stone which uses visual cues instead of explicitly defining new terms, and FluentU which adds interactive subtitles to its authentic French video clips.

As comics rely on images to do a lot of the storytelling, the text that they do use has to get straight to the point.

As a result, there’s not much surplus information. If you want to get to grips with clear dialogue presented in a linear way, comic books are a great avenue to take.

What’s more, most of the dialogue and story are presented in a simple format and set in the present. If you’re not quite ready to struggle with complicated verb tenses, comics are a good way to ease into the present tense.

You can get through them quickly

Do you ever feel disheartened by the sheer size of your French books? No matter how fast a reader you might be in your native tongue, reading a text in a foreign language as a beginner takes a lot of extra time. Sometimes, it can feel like you’ve been reading the same book for an entire year!

Comic books are quick and easy to read, balancing content and information between images and simplistic dialogues. If you like to get through stories quickly and are eager to find out what happens in the end, comic books are for you! They might still take you a little longer than if you were already fluent in French, but they’re much quicker to complete than novels or even magazines.

In addition to the better-known series, there’s a huge history of comic book material out there, dating back to the middle of the last century. If you want to know what was on the minds of French readers and comic fans in the ‘60s or later, you can discover it through comic books. The French use comics and cartoons as a way of talking about things going on in current culture, so even if you’re reading a comic aimed at a younger audience, it’s more than likely that there will be cultural undertones in it.

It’s no secret why superheroes and fantastical realms are hugely popular. More than anything, comics are incredibly entertaining to read and, as a result, have a huge following. If you’re sick of the same old stuffy novels and historical texts, comics are a brilliant way to shake things up and continue to learn at the same time. Learning has never been so much fun!

When it comes to learning French, comic books are nothing to laugh at.

We may think of them as publications for kids, but there’s a load of content out there that not only makes learning easy and accessible but also a lot of fun.

So if you’re hitting a wall with your French learning, why not try putting down that textbook and picking up a comic book instead?