Practice Your French with These 8 Outstanding Vloggers

We all know French movies are a great way to learn French.

But sometimes, they’re hard to find, or maybe you just don’t have time to watch a two-hour movie.

It just seems like in an ideal world, language learners would have access to video clips that give great practice in smaller segments, but with more realism than those corny language tapes you saw in school.

Enter vlogs! In French vlogs, you have a quick and powerful French learning tool.

So What Are Vlogs, and What Are French Vlogs Like?

Vlogs are just what their name suggests: video blogs. But how do they work?

On blogs, or weblogs, the blog owner posts text, anywhere from one to several paragraphs, on his or her website. The content can be anything, but usually blogs these days deal with one subject specifically. While personal, journal-oriented blogs have been eclipsed by the more concise updates on Facebook or Twitter, vlogs, which are somewhat rare in the bandwidth-constrained days of yore, have found life on YouTube and similar video sites.

In vlogs, the presenter makes regular recordings on various subjects, the most popular type being peppered with humor and theatrics. Successful vlogs are approachable and dynamic. Vloggers attract an audience with original content and engaging presentations.

Easy to start up, there are vlogs about many subjects

Vlogs can be about anything, just like blogs. In France, popular topics include reactions (where vloggers react to other videos), video games, movies, cosmetics, shopping and many others. With the advent of YouTube and Dailymotion, starting a vlog has never been easier.

Vlogs have taken France by storm

Vloggers like Norman and Cyprien have gained millions of views per post. Some vloggers are so prominent that they’ve appeared in “conventional” media like music videos and talk shows. For celebrity bloggers to continue delivering popular content, their operations become movie-esque in production quality.

Advantages of Practicing French with Vlogs

Unlike movies, where you’re barraged with dozens of actors speaking to each other, vlogs are just you and the presenter. The presenter speaks clearly (albeit sometimes with plenty of slang), and the many videos they post help you train your ears to that particular person.

Movies are a big commitment. In our busy lives, devoting two hours every other day to get the most out of French movies isn’t always easy. Luckily, most vlog posts top out at 20 minutes. You could fit them into your break or even just watch some before bed.

Vlogs let you appreciate how French is changing

More than screenwriters locked away in their big smoky offices, vloggers speak French as it’s spoken today. Every time I watch a vlog I’m amazed how quickly the slang changes, how they’ve adapted new anglicismes into their presentation, such as “Likez-moi sur facebook!” (Like me on Facebook). Purists’ hearts may skip a beat reading that, but vlogs give you the sort of practical exposure to French that movies never could.

Where Can I Find Vlogs to Watch?

Finding vlogs and vloggers has never been easier! Here are a few ideas for where you can start…

For French vloggers, YouTube is the universal go-to platform. Just connect to YouTube.fr, and some famous vloggers should already appear as recommended channels. They garner millions of views, and YouTube makes sure they’re easy to find.

You can find all kinds of French-language video content, taken straight from real-world videos on YouTube, on FluentU. The material is sorted by difficulty level and subject matter, which can make it easier to find what you’re looking for. There are also multimedia flashcards that use a spaced repetition system (SRS) algorithm to make learning more efficient.

If you’re looking for a vlog on a specific topic, try some of these search phrases:

Notice how frequently anglicisms are used in French search queries. If all this sounds confusing, don’t worry. French YouTube searches are like a unique dialect, and you’ll get the hang of it!

How to Best Use Vlogs for French Learning

To benefit from vlogs as French learning material, you have to find a way to use them that works best for you. Some strategies I recommend include the following.

If you like travel, video game vlogs may not do it for you. This might seem obvious, but I find that I understand French better if it’s about a topic I’m interested in.

Find a few vlogs you like and stick to them

Keeping a short list of vlogs that you watch consistently will improve your listening comprehension. This is especially useful if your vloggers speak quickly, use lots of slang, or have a distinct accent. Little by little, you’ll come to understand them after consistent watching.

Try to get the big picture

I watch some of the following vlogs myself, and others are popular for their specific subject matter. You’ll find some vloggers speak fast, some slow. The following vloggers run the gamut of the French you’ll hear in the street today. 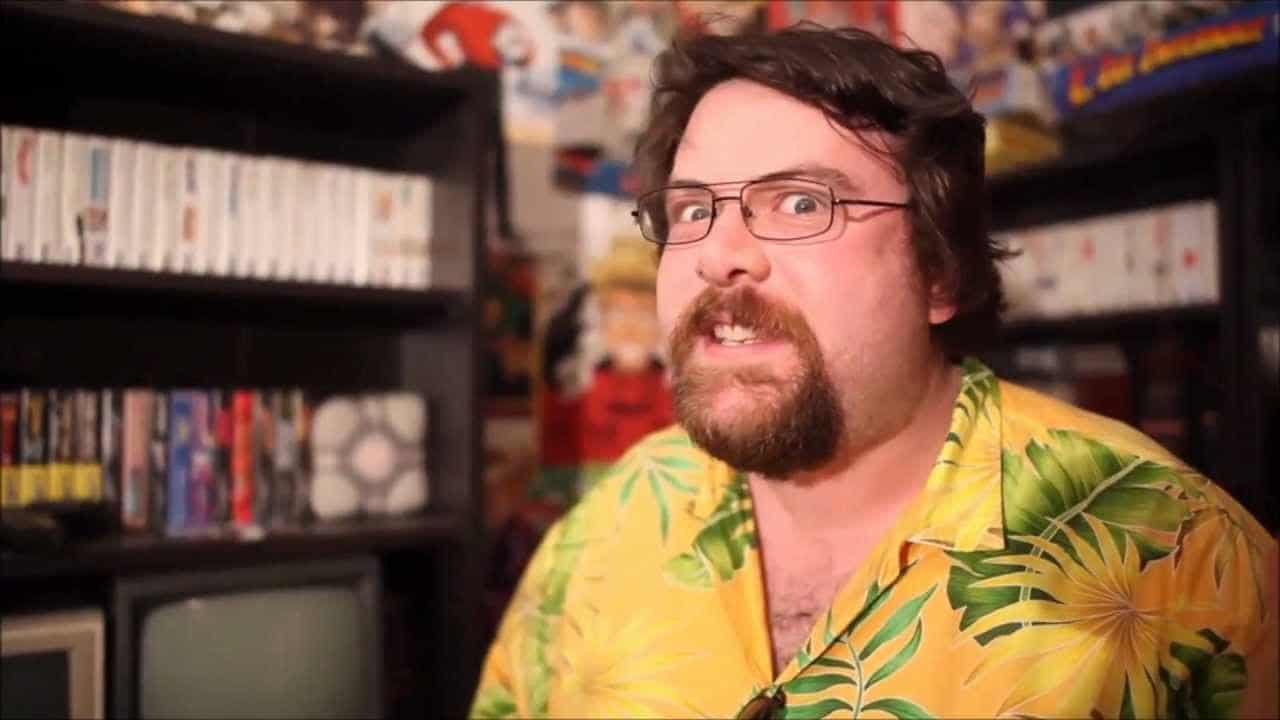 Literally “attic gamer,” Frédéric Molas, a.k.a. the Joueur du Grenier, is the authority on retro video game reviews in France. His hilarious presentation of some of the least successful video games in history has garnered him over 2.5 million followers.

Each video features JDG playing a game while acting in a parody sketch based on it. Joueur du Grenier is great for intermediate to advanced learners because he speaks quickly but clearly and uses specific gaming vocab. 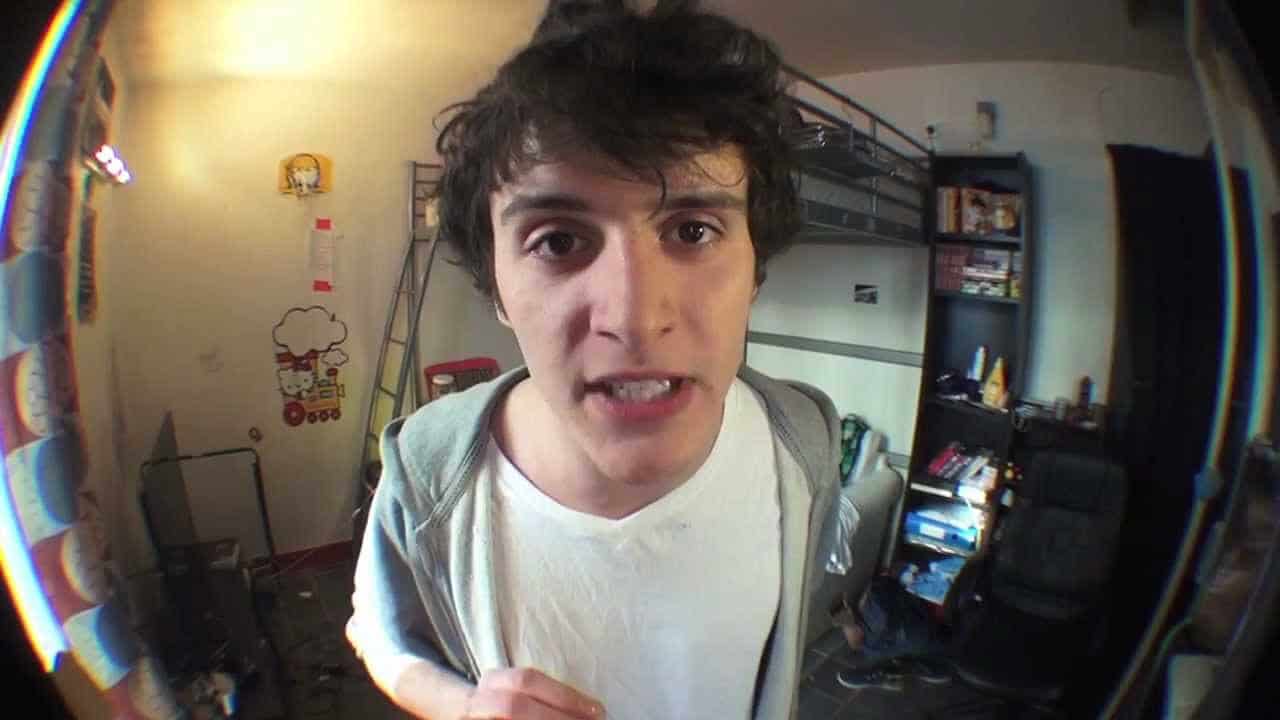 Lesser known than Norman or Cyprien (see below), Hugo Dessioux, or Hugo Tout Seul (Hugo All Alone) belongs to a generation of comedians who’ve made names for themselves by posting videos online.

Humorist vloggers usually take a topic everybody knows, like selfies, dating or the internet, and offer their own personal opinions and anecdotes interspersed with cut scenes showing their point.

While once in the shadow of his friend Norman, Hugo Tout Seul now has successful channel in its own right with 2.2 million subscribers. Hugo is a nonchalant speaker. Often mumbling, he shows advanced learners what to expect when they visit France.

Starting off at the tender age of 15 posting video game tests on YouTube, Lucas Hauchard, or Squeezie, is today a popular French gamer with over 5 million followers.

Squeezie’s a frequent poster, with videos ranging from video game tests to travel adventures—a little something for everyone!

In my opinion, he’s less scripted than Joueur du Grenier or Hugo Tout Seul. Advanced learners will appreciate his spontaneity. Think of listening to an interview, but more fun. 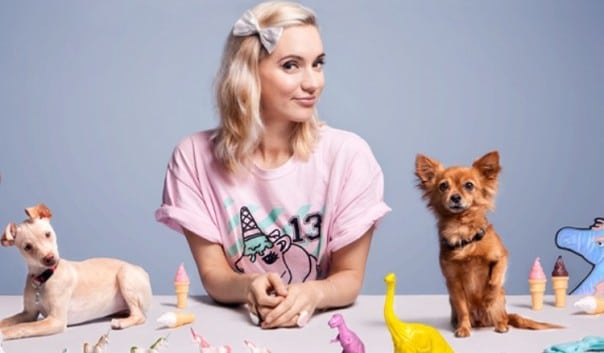 Nathalie Odzierejko, or Natoo, is a humorist like Hugo Tout Seul who posts funny videos on a variety of topics. Here’s just one example: Her “Blurred Lines” parody featuring an adorable puppy.

She covers many subjects including pets, hygiene, dating and vacations, among others. Like Hugo, she collaborates with other YouTube comedians like Jérôme Niel or Mister V. Her original presentation has garnered over 3 million followers.

Like many women in the Paris region, Natoo speaks very quickly and clearly, making her a good choice for advanced learners. 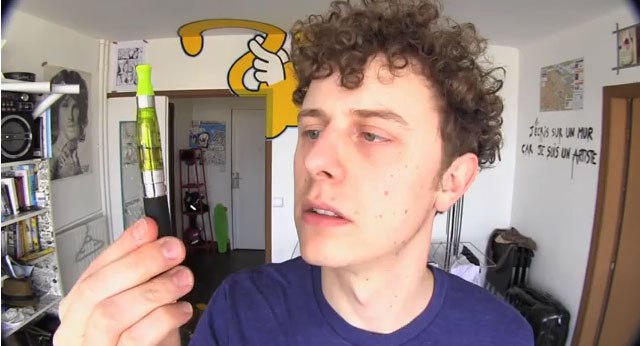 Known throughout France for his channel Norman Fait Des Vidéos (Norman Makes Videos), Norman Thavaud is the standard bearer of a new generation of humorists who use the internet and social media to make themselves known. Norman’s videos feature mostly commentary about everyday situations, with occasional bonuses including music videos and gaming.

Unlike many other vloggers, Norman plays the straight-man role with a very matter-of-fact mode of speech. With over 8 million followers, Norman is one of France’s most popular YouTubers, a distinction that has earned him spots on talk shows, news broadcasts and festivals.

Norman doesn’t speak too quickly, and although he mumbles a bit, he’s clear enough to be understood by intermediate and advanced learners alike. 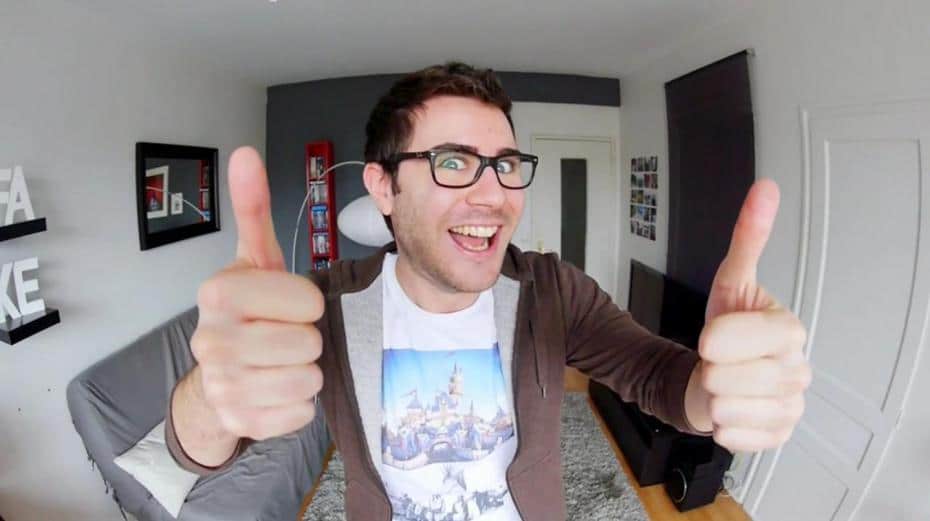 Coming from the same group of comedians that spawned Norman, Cyprien has distinguished himself as the French YouTuber with the most subscribers, at over 10 million.

Also like Norman, Cyprien has appeared in more conventional media. In addition to funny commentary, Cyprien gives his own take on pop culture and is known for a rivalry with fellow YouTuber Cortex. Cyprien is probably the easiest vlogger to understand on this list.

He speaks slowly and clearly, as if he knows French learners are watching him. Heck, he even provides subtitles! For extra practice, you may have noticed that successful vloggers often use cut-scenes à la “Family Guy.” I think these are beneficial to learners because they force you to immediately adjust to a new listening environment. 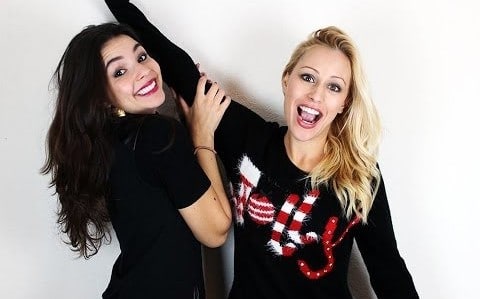 Lesser known than some of the big names above, Caroline and Safia prove that there’s a vlog out there for everyone. Every few days they offer lifestyle videos ranging from fashion and shopping to vacations and party planning.

They blur their words together a bit, typical of teens and young adults, but apart from specific vocab about things like cosmetics, they should be easy for intermediate speakers to understand. 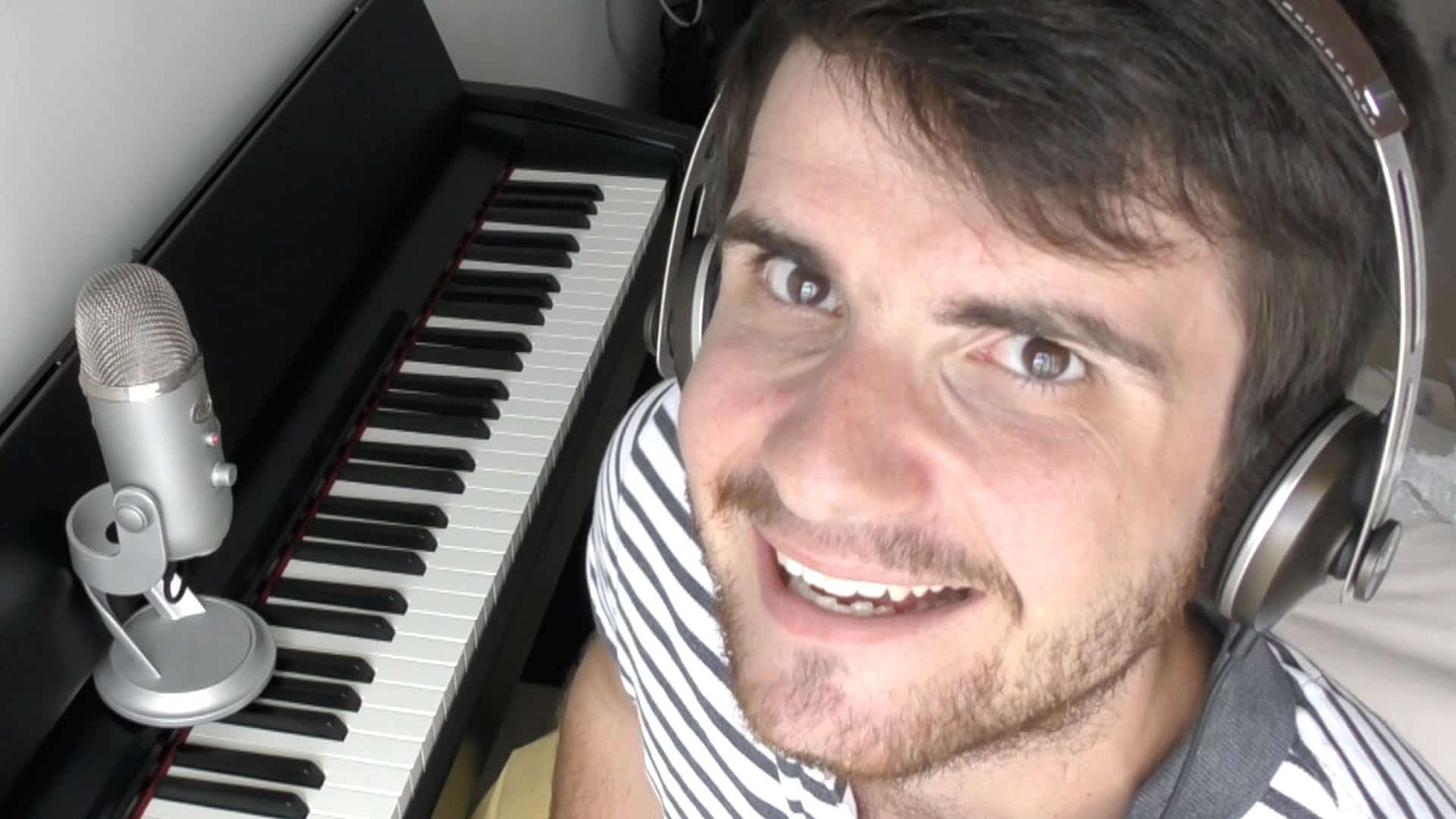 A relative newcomer, Aximem’s channel is rapidly rising in popularity. His Cyprien-esque videos about video games and gaming are routinely garnering more than a million views.

He’s also a popular “reactor,” reacting to pictures and videos he finds online. Aximem is a rising star in the vlogosphere and worth watching! I find him almost as easy to understand as Cyprien. He’s a little quieter, but he provides great practice for beginners.

Vlogs are some of the most accessible and valuable French videos out there.

Heck, most of the recommended videos on YouTube.fr are vlogs!

There’s something for everyone, and they pack a ton of great practice into a small package.