The French love their food.

They take special pride in it.

They think it’s fantastic. (Though, let’s be real, who doesn’t?)

As such, the French love for cooking and cuisine means a lot of French cultural wisdom is tied to this topic.

To see what I mean, you need look no further than the vast world of French proverbs.

As you probably know, proverbs are a group of expressions that sometimes come off as cryptic and weird to non-natives.

Although they can almost sound like riddles, they strive to speak a general truth about the world or life and to give advice.

Learning proverbs is a fantastic way to sound like a native and to understand the things that native French speakers say.

Since they’re figurative expressions and their meaning can depend on the situation, learning them will help you to follow what French speakers mean when they use them.

Also, proverbs are a great way to learn vocabulary, and their often authoritative and formal language allows learners to pick up on common phrases that indicate what someone should or shouldn’t do such as il faut (it is necessary) and on ne peut pas (one cannot).

Like in any language, there are lots of proverbs in French, and I bet the fact that many use food as a means of conveying their message will provide motivation for you to learn them.

So let’s get this language buffet line moving!

In a minute, we’ll check out 9 yummy proverbs about food. But first, it’s worth noting that French (like any other language) is riddled with proverbs and other figurative language. You can see some really old food proverbs here. (In fact, that website lets you see a whole bunch of proverbs from the year 1611, and though most are outdated, it’s pretty cool to see which ones are still used in French today.)

Furthermore, you can find many resources containing French proverbs and idioms (with or without mentions of food) with English translations.

Here are a few:

And now for the main course… 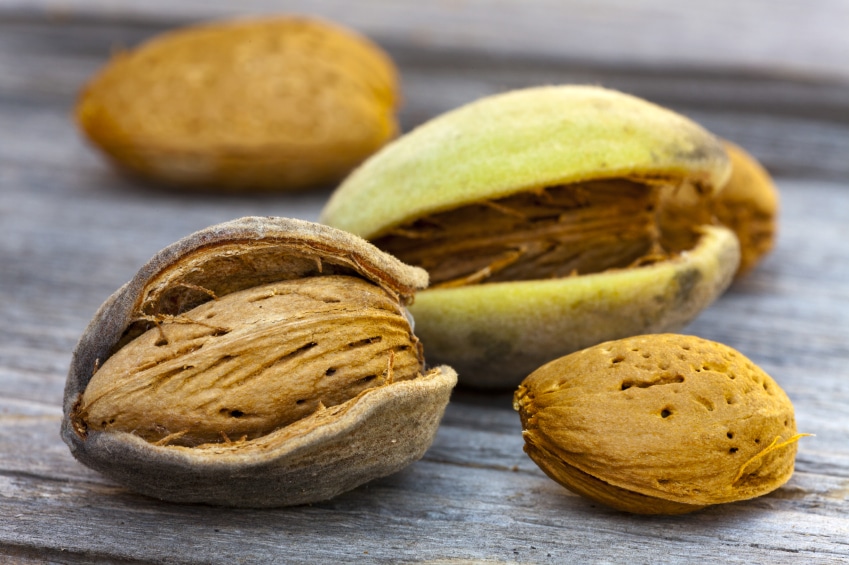 The translation of this proverb is “One must break the shell in order to have the almond.”

This might be a little confusing to think about in modern times considering most of the almonds we buy at the grocery store have already been taken out of the shell, but it might help to think of this proverb as essentially the equivalent of the English “No pain, no gain.”

Let’s say, for example, you as a French learner want to tackle the French past tenses. It is a daunting task, believe me, and you won’t be able to master them all and use them effortlessly in French without putting in some work. A French speaker or mentor, in this situation, would use this fantastic proverb as motivation. No pain, no gain, my friend. 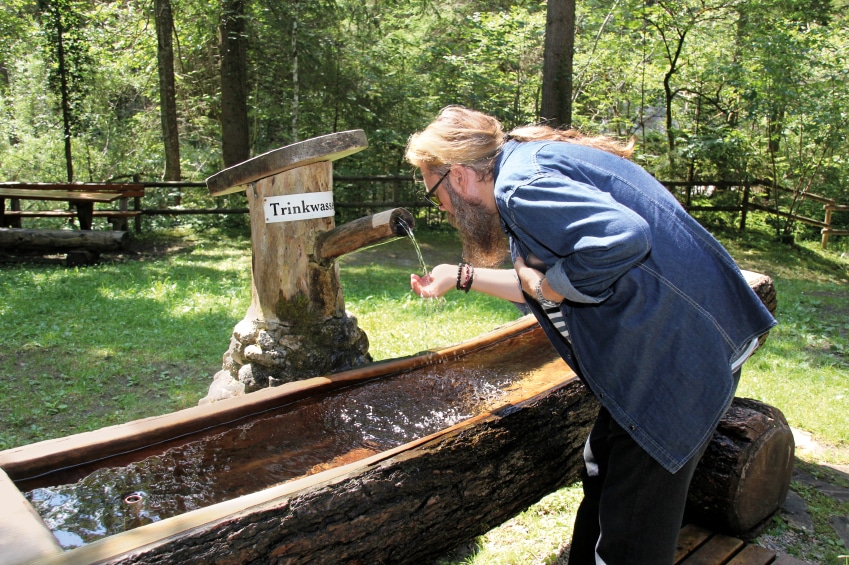 Okay, so this isn’t exactly a food proverb, but it is at least mouthwatering in another sense. Like the previous proverb about almonds, this one is a little confusing, too, but in a different way.

The literal translation of this proverb goes “Never say, ‘Fountain, I won’t ever drink your water!'”

As if talking to fountains wasn’t odd enough, this proverb doesn’t have much surface meaning for language learners that allows us to interpret what the heck the French are talking about.

But as we examine the phrase closer, we see that it means to say something more. In fact, this proverb is the equivalent of the English “Never say never.” The logic (I assume) is that you should never snub a fountain’s offering of water, because you may find yourself thirsty later on and wishing you had some. Make sense? Good.

After all, hydration is key. 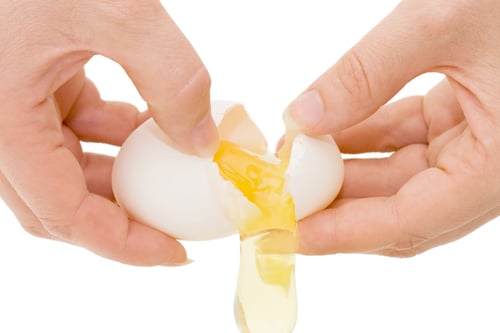 This phrase is related to the first proverb of this list, and there’s an English equivalent: “You can’t make an omelette without breaking a few eggs.”

This proverb is virtually the same in English, but if you haven’t heard it, it could also be roughly equivalent to saying “You’re going to have to get your hands dirty.” In other words, in order to be successful at something, you have to make some sacrifices.

So while you’re cooking up your figurative French-learning omelette, don’t be afraid to “break a few eggs.” Or just make an omelette when things get tough, ’cause omelettes are awesome. 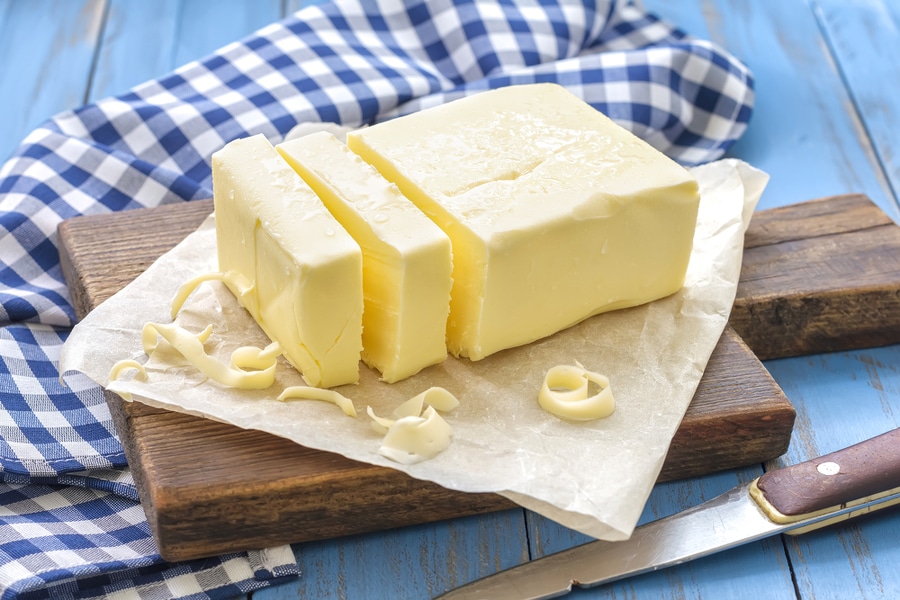 This proverb translates to “You can’t have butter as well as the money from the butter.” In essence, you can’t enjoy your butter but also enjoy the monetary gain from selling it.

It is equivalent to the English “You can’t have your cake and eat it too.” This means that in some situations, the choice is a tough one that doesn’t allow you to choose a path where you enjoy all outcomes.

A truth-telling proverb, and who doesn’t like butter? Or cake for that matter? Why can’t we have both? 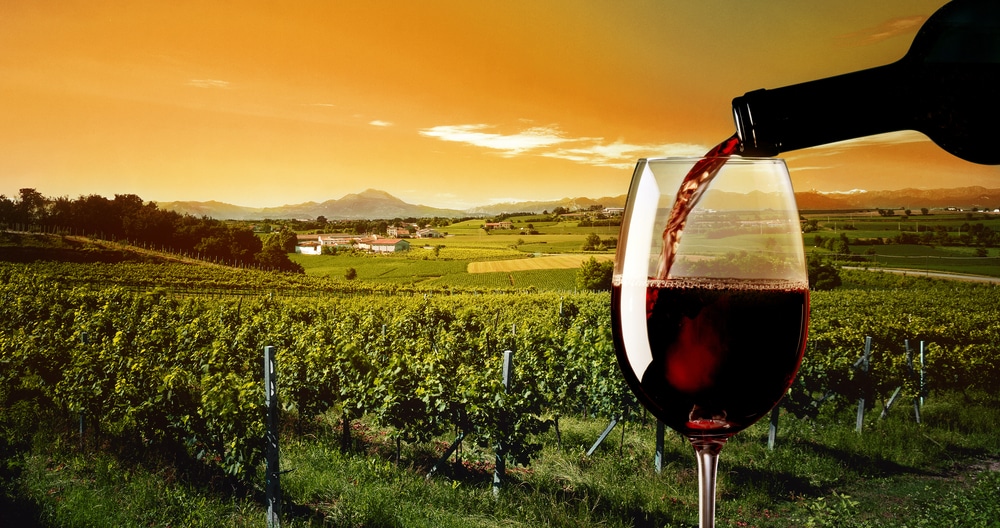 What’s even better than butter and cake? Wine!

This phrase literally translates to “When the wine is drawn, you must drink it.” It essentially says that once you’ve taken the first step to accomplishing something, there’s no going back and giving up. It’s almost like saying “Once you reach the point of no return, there’s no looking back.”

Besides, who passes up a good glass of wine once it’s been poured? No one. Especially not the French. 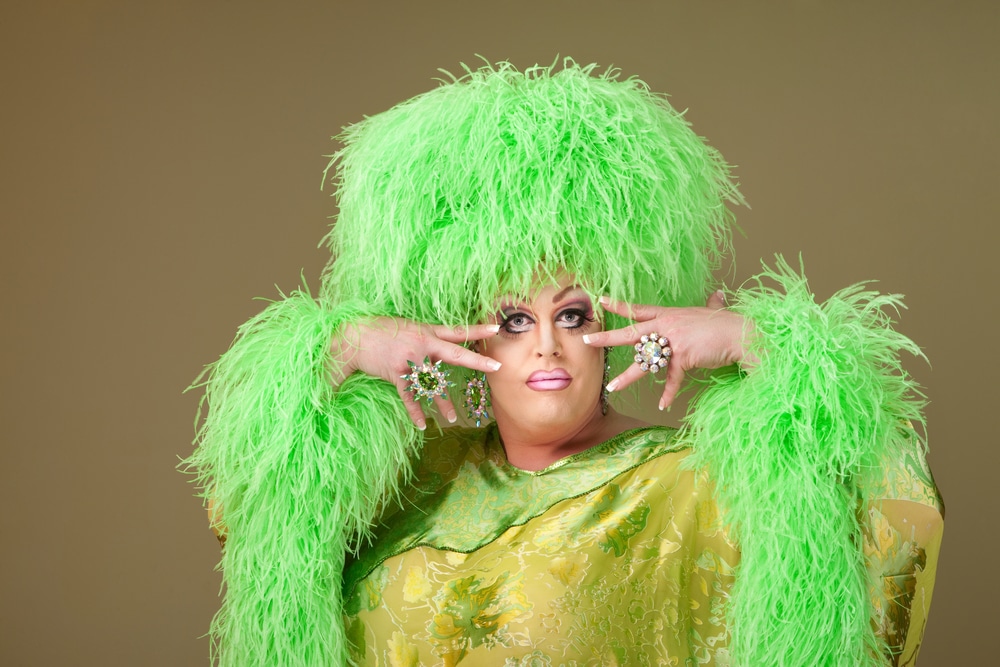 This proverb sounds like a feel-good, warm and fuzzy phrase, but it can be used as kind of the opposite. It translates to “There are all tastes in nature.” Regardless of the literal meaning, speakers of this proverb may not exactly be ready to overlook everyone’s differences and sing “Kumbaya.”

This one can be sort of a sideways criticism of people who are a little different or weirder than the rest of us. If, for example, you are one of those folks who likes to eat insects for fun, those chocolate-covered ones, I might use this proverb.

That would indicate that I don’t understand your desire to eat insects, and even though I respect your tastes (see what I did there?!), I won’t be joining you on your bug-eating escapade. 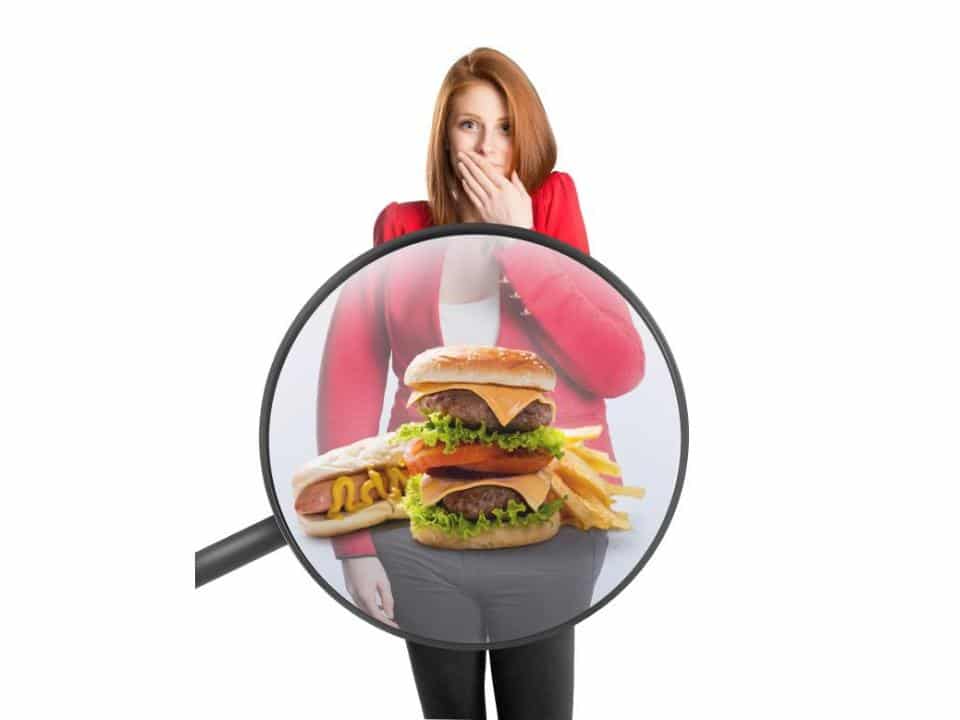 This proverb, which is a little wordy, is the literal equivalent of “Tell me what you eat, and I will tell you who you are.”

In any case, this proverb can be used to describe a situation in which someone has unhealthy eating habits. Maybe all the fast food and frozen dinners have left them sluggish. In English, we would also say “You are what you eat.” 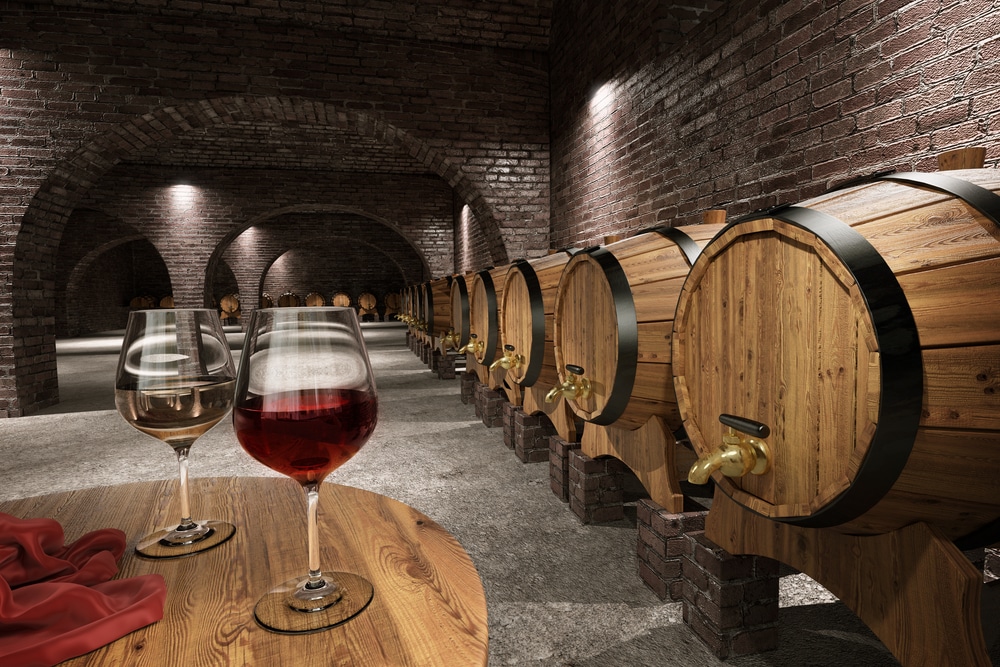 This is another expression that is also used in English: “Life is too short to drink bad wine.”

This means what it sounds like: It’s preferable to enjoy the finer things in life. Also, it means that life is too short to focus on bad things and negativity, because it doesn’t make sense to do so while knowing that you are wasting valuable time. 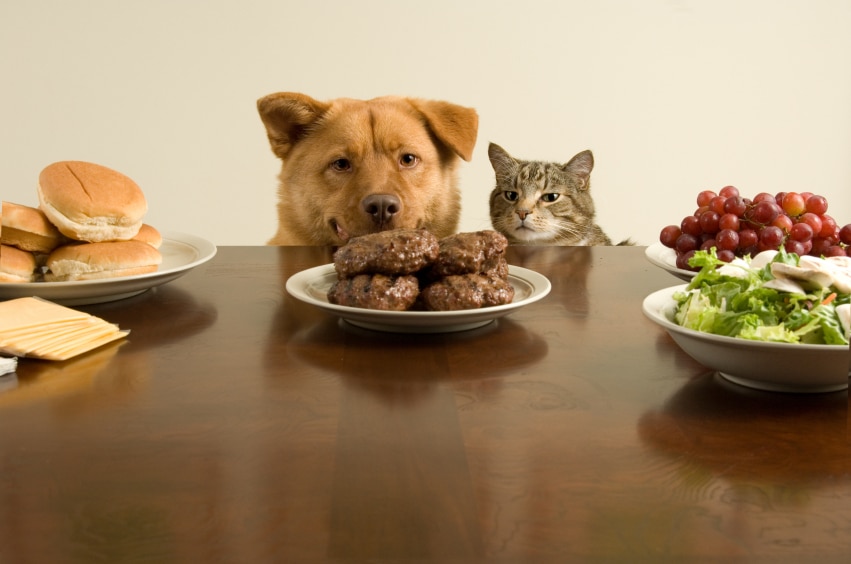 This proverb translates to “A good meal must begin with hunger.”

Or, in the words of my ninth-grade gym teacher, “You gotta want it!”

In order to succeed at something, you must want to succeed. If you don’t, you will probably fail due to lack of motivation. (In terms of ninth-grade gym, I failed. Frankly, I just didn’t want to be in gym class—I didn’t have a hunger to do well. Luckily, the health component included essays, and I owned at essays.)

Besides, in terms of food, if you’re not hungry for it, why eat? The same is true for our goals: If you don’t care to achieve them, why set them at all?

It’s also interesting to note here that there is a play on the word faim (hunger). It sounds like the word fin (end), which means that the proverb can also come across as “A good meal must start at the end.”

Armed with these proverbs, you’ll be ready to own and understand figurative language used in everyday native French conversation (around the dinner table or elsewhere).

After all, life’s too short not to.

See what I did there?