Do you actually know what a possessive pronoun is?

Be honest. No cheating. And no hitting the back button or closing the window.

Trust me, the world of grammar is no kinder outside of this blog post.

Is a possessive pronoun like the word “my” in the phrase “my worst nightmare?”

Or, is it like the word “mine,” as in “this recurring nightmare of mine?”

Trick question. It’s sort of both.

Words like “my” are sometimes referred to as “possessive adjectives,” and sometimes as “weak possessive pronouns.”

Well, we appear to be stuck in someone’s nightmare right now, don’t we?

If you’re searching for an answer to what “French possessive pronouns” and “French possessive adjectives” are, and you feel like you’ve stumbled into an endless labyrinth where you opened up what might have been a secret passageway only to find yourself tumbling through space, well, hang in there. Or, you know, don’t.

You’ll probably eventually hit a pile of mattresses or something.

In the meantime, we’ll be looking at what French possessive pronouns are and how they work.

Feel free to join us.

I don’t know about you, but I’m a fan of having to think about things as little as possible. If we have to learn French grammar, let’s try to do it intuitively.

I’m about to explain how these so-called “possessive pronouns” work, but here are some resources that will hopefully enable you to suffer from my explanation as little as possible.

How to Own French Possessive Pronouns Like a Boss

French possessive adjectives, then, are the little words that indicate possession alongside nouns, like the mon in mon chapeau (my hat), or the ta in ta baguette magique (your magic wand) or the leurs in leurs licornes (their unicorns).

To put it simply, these little words change according to the gender and number of the nouns they’re attached to, as well as the possessor.

With the three examples above, we have a masculine singular noun (chapeau), a feminine singular noun (baguette magique) and a plural noun (licornes). Let’s take these three words and see how their possessive adjectives change according to who they belong to.

First up, the hat:

Son chapeau (singular “their,” his, her or its hat)

Now, here’s what happens when we do the same with a feminine singular noun:

Simple enough, right? I don’t need to write out the rest of this list because the feminine singular possessive adjectives are exactly the same as masculine singular for “our,” plural or formal “your” and plural “their” (notre, votre, leur).

So, now there are just the plural adjectives:

Getting to Know the French Possessive Pronouns

Before we go any further, it’s worth noting a key difference between English and French when it comes to both possessive adjectives and pronouns. French possession words don’t care at all about the gender of the possessor. In French, the adjective sa is feminine based on the noun it precedes.

Let’s look at the example sa mère. From this out-of-context phrase, we don’t know whether it should be interpreted as “her mother,” “his mother,” “their mother,” etc. 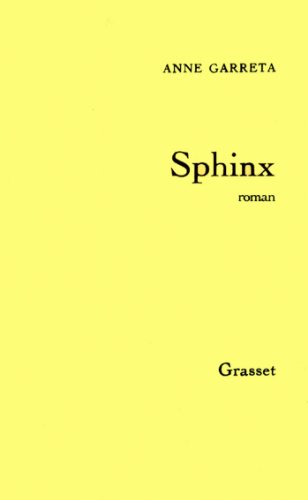 French author Anne Garréta actually wrote a love story called “Sphinx,” in which neither character’s gender is ever revealed, while still using terms like ses bras (their, singular, arms). When Emma Ramadan translated the book into English, she faced different challenges in keeping the language gender-neutral, with the added challenge of having to work from the original French text.

With all of that in mind, let’s meet the French possessive pronouns.

So, as we can see, our masculine singular hat now has a special word with its own little definite article to replace it that corresponds to its masculine-ness, its singular-ness and the fact that it’s “mine.” That’s all a possessive pronoun really is.

Here’s what the rest of those replacement words look like depending on who the hat belongs to:

And now for that magic baguette, I mean wand:

C’est ta baguette magique ? (Is that your magic wand?)

Again, we’re going to stop right there, because aside from the article la, the other possessive pronouns are the same in the feminine singular as the masculine singular. No use in making this list look scarier than it needs to.

À qui sont ces licornes ? (Whose unicorns are these?)

Always a good question. Now, here it becomes relevant that “unicorn” is feminine in French. As things get slightly more complicated, though, consider that at this point, you could probably just guess what the rest of the possessive pronouns are going to be.

Ce sont les miennes. (They are mine.)

Ce sont les tiennes. (They are yours.)

Ce sont les nôtres. (They are ours.)

Ce sont les vôtres. (They are yours.)

Ce sont les leurs. (They are theirs.)

I mean, this is getting tedious, right? At least I introduced majestic unicorns to liven things up. I guess we have to continue now with the masculine plural possessive pronouns. I mean, do we? You could probably predict with 100% accuracy what they’re going to be. Feel free to try that.

À qui sont ces aéroglisseurs ? (Whose hovercrafts are these?)

Yes, aéroglisseur is masculine. Aren’t you glad I’m only teaching you the most important things today?

Ce sont les miens. (They are mine.)

Ce sont les tiens. (They are yours.)

Ce sont les siens. (They are hers.) (Or anyone else’s who exists in the third person singular)

You could have done all of that in your sleep, huh? At this point, I’m sure I can just tell you that the masculine plural is the same as the feminine plural for those last three pronouns.

If you need some practice, I might recommend this… uh, existential short film starring Miss Remotely Angry Lightening Bulb:

It might raise more questions than it answers, about life and garages and the color blue. But, it will help you review your possessives.

But, we’re going to look at these words in context a bit, just so you don’t run into any confusion down the road.

Keep these in mind as we look at some examples in the next section.

One idiomatic usage you should be aware of can be found in the phrases À la tienne ! and À la vôtre ! These are phrases you might hear when someone is drinking to your (or someone else’s) health, or just saying the equivalent of “cheers” before downing a drink, or three. They literally mean “to yours,” and in this case the “yours” is a stand-in for the feminine singular santé (health), which is itself a word for drinking a toast to someone.

You can hear À la vôtre ! in this video from FastGoodCuisine, where the host and a friend are trying out Coca-Cola Life.

Another idiomatic usage involves referring to those you have deep ties with, such as friends and family, as “yours.” This is sort of like how in English we refer to “you and yours.”

Joyeux Noël à toi et aux tiens. (Merry Christmas to you and yours.)

In the example above, you can see that à combines with les to make aux. However, the articles remain separated from the prepositions in à la tienne and à la vôtre because feminine articles and prepositions don’t contract.

Y mettre du sien is an expression you might hear that refers to “doing your part.” Tout le monde doit y mettre du sien is a fairly common phrase that basically means, “Everyone must do their part.” This phrase showed up in a statement from the UN Secretary-General for World Oceans Day.

Y mettre du sien can be used with other possessive pronouns as well.

Ne sois pas paresseux. Tu dois y mettre du tien. (Don’t be lazy. You have to do your part.)

Well, that wasn’t too chaotic, was it?

French can be a fussy language, but with a bit of effort, you can make it yours.

Elisabeth Cook is a freelance writer who blogs, tweets (@CooksChicken) and will probably be having nightmares about Miss Remotely Angry Lightening Bulb.