Oh, but don’t worry—there’s no blood, sex, violence or bad words in it.

I just mean that we’re going to be talking about French graphic novels!

Graphic novels are sort of like the sophisticated, classier, grown-up cousin of comic books.

Comic books are great too, of course, because they’re a great way to learn French in a fun, engaging way.

Why You Should Use Graphic Novels to Learn French

As mentioned in the intro, graphic novels are way more than just comic books. They’re cohesive stories rich with dialogue and action and, yes, even awesome illustrations.

Better yet, while graphic novels seem to be something of a niche fandom in North America, they’re huge in France! As such, there are literally hundreds of graphic novels published in France and in the French language. In fact, graphic novels are a great way for learners of all levels to improve their French!

Graphic novels are far more than just entertainment. They can be awesome study tools!

Firstly, graphic novels allow readers to learn new vocabulary. Because they’re sometimes written for mass audiences, this makes them jam-packed with useful and everyday words. Plus, through graphic novels, learners can see grammatical constructions in a natural context.

What’s more, graphic novels can also include slang and useful jargon. For example, a novel set in space might have common science fiction words, and learning them will prove beneficial for understanding more French material—beyond just graphic novels—in the future.

Lastly, graphic novels are awesome for learning French because they’re digestible. Due to the fact that there are lots of beautiful illustrations, there are comparatively fewer words than you’d find in the average short novel. This is great for those who want to start reading French but feel intimidated by the prospect of diving into a French novel.

How to Study French with Graphic Novels

Now that you know that graphic novels are great learning tools, how does one actually use them to learn French?

First things first: To get the most out of your graphic novel, I suggest you keep a notebook beside you while you read. This will allow you to write down words and grammatical constructions you don’t recognize. But don’t get caught up on those unknowns just yet. Just jot them down. The first read-through of a scene in a graphic novel should be just that. Read for context and the gist of the scene.

After you’ve finished a given scene, it’s time to return to that list of unknown vocabulary and grammar to translate those words and decipher those grammatical constructions.

Once you’re done, return to the scene in the graphic novel and read with the list beside you to gain a deeper understanding. This will also help the new words and grammar constructions to stick in your brain and make for easier recall later!

Now that you know why and how to use French graphic novels for your language learning journey, let’s check out five excellent ones you should start reading today! 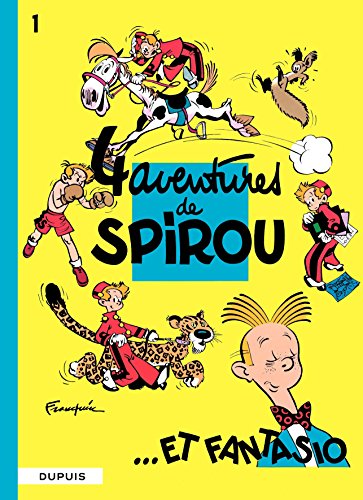 The first graphic novel on our list is actually part of a series. “Spirou et Fantasio” are some of the most popular graphic novels on Earth, and there are nearly 100 albums of their stories published to date!

The stories follow Spirou and Fantasio, two journalists who go on humorous adventures not unlike those of Tintin, a fellow Franco-Belgian graphic novel series. In addition to the main characters, we’re also joined by their friends such as the inventive Count of Champignac and Spirou’s pet squirrel!

“Spirou et Fantasio” books are perhaps best suited for beginners (A1 to A2 level) due to their often lighthearted nature and uncomplicated subject matter. For example, in the tome (edition) mentioned above, we encounter Spirou and Fantasio at un ring de boxe (a boxing ring) and in une chasse au robot (a robot chase) where they must save the world from a robot with plans to conquer the world. 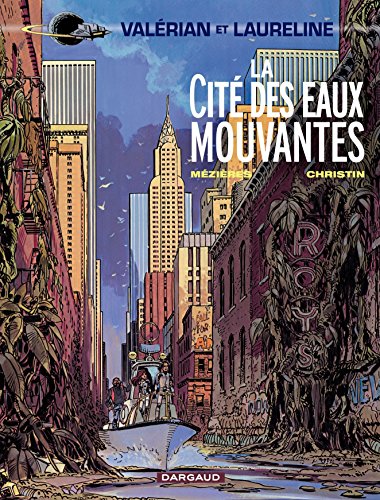 Our next recommendation is also part of a series of popular graphic novels. You may have heard of these graphic novels before because they were recently made into an English-language movie.

The series revolves around a space pilot named Valérian and his sidekick Laureline. As you can imagine, they travel around Earth and outer space, fighting enemies and doing good where they can. The plot of the particular tome I’ve linked to in the heading, “La Cité des eaux mouvantes” (“The City of Moving Waters”), centers on their adventure in a flooded, post-global-warming New York City, where they must fight many robots and villains.

This is a great intro to the “Valérian et Laureline” series, and you’ll pick up some French lingo for fantasy and science fiction. It’s suited for pre-intermediate learners (A2 and above). Additionally, at the end of this tome there’s an encyclopédie loufoque (crazy encyclopedia) that lists all the creatures that Valerian and Laureline encounter during the first ten editions of the series. 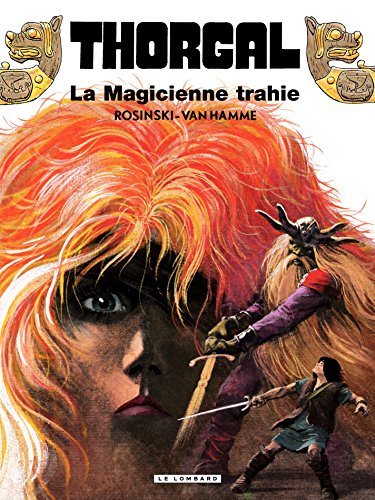 While it’s tempting to believe that “Thorgal” is a graphic novel based on traditional Norse mythology, it actually incorporates many genres including science fiction, horror and adventure. The stories follow Thorgal, a man who was born in space but now lives among Vikings since his spaceship has crashed on Earth.

While the story focuses on Thorgal, it also features the rest of Thorgal’s family: his wife Aaricia, his son Jolan and his daughter Louve, who can communicate with animals.

Due to the relatively intense nature of the stories, this graphic novel is probably best suited for French learners at the intermediate level (B1/B2). “Thorgal” includes vocabulary from multiple genres. For example, early on in the series, Thorgal becomes un scalde (a skald), a type of Scandinavian poet. Learners can aim for such specialized vocabulary once they’ve mastered the basics of the French language (or not; I’m not sure how often I’ve used the word “skald” in English). 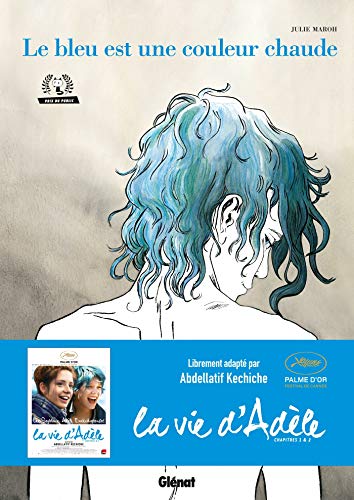 Unlike the other graphic novels in this list, this book is stand-alone, meaning it’s not part of a series. This very popular book tells the love story between two women in France during the 1990s.

I do, however, need to make a disclaimer. This graphic novel is very risque in terms of sexuality, and so is its movie adaptation. But don’t let that deter you.

Due to its fairly contemporary nature, it’s fantastic for learning current French and French slang. Because of this, it’s best suited for French learners who have reached an intermediate (B1/B2) level. Lastly, once you finish reading, you can watch the Cannes-winning film adaptation in French! 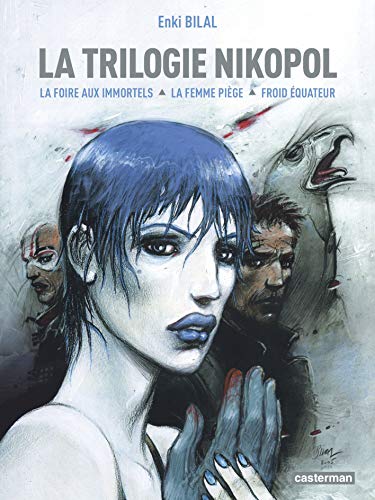 Also a futuristic, science fiction piece like “Valérian et Laureline,” this graphic novel is set in 2023 and follows a man who has been frozen for 30 years! When he awakes, he finds himself in a scary, brutal world. Aliens have taken over, so he takes it upon himself to save the world from them.

This is a great entry for those wanting to read French science fiction or fantasy, and I recommend it for pre-intermediate and intermediate learners (A2 to B2 levels). Because it’s set in the not-so-distant future, it’s not super dense on the science fiction elements (aside from les extraterrestres—the aliens—of course). This makes it pretty easy for learners to understand as there’s not a huge amount of science fiction jargon used.

Better yet, “La foire aux immortels” is part of a trilogy, so there are three graphic novels to learn from!